Chris Moorman is one of the most accomplished online tournament players ever with cashes totaling more than $20 million. The 37-year-old from Brighton in the U.K. was for a long time the runaway leader on the PocketFives all-time online poker money list, and despite having relocated to Las Vegas some time ago to focus on live poker, he remains in fifth place.

Despite his online expertise, he has also banked more than $7 million in the live arena. Moorman scored one of his largest paydays at the 2014 World Poker Tour L.A. Poker Classic for $1,015,460. He has two World Series of Poker bracelets, taking down the 2017 $3,000 six-max no-limit event and adding an online bracelet in 2021. Moorman has also finished runner-up at the series four times, including in the 2011 WSOP Europe main event for $1,068,690.

Moorman and his wife Katie Lindsay, who is also a very accomplished poker professional herself and recent WSOP Circuit winner, recently signed on as brand ambassadors for Americas Cardroom, becoming the first-ever married couple to agree to such a deal with an online platform.

Moorman is also a best-selling author with two poker books under his belt. He detailed his online success journey in the pages of Moorman: The Inside Story of the Most Successful Online Poker Player of All Time and shared in-depth tournament strategies in Moorman’s Book of Poker. Both of these books are a must-have for any player’s library and are available on Amazon.

Craig Tapscott: I am always curious about why players choose the bet sizings they do. One of the biggest differences between cash games and tournaments is the wide variety of stack sizes that you have to contend with during the event. Short- and mid-stacked play can be the difference between a bubble and a deep run. How do you deal with the different stack sizes of your opponents in tournament play on the money bubble as one of the deeper stacks at the table?

Chris Moorman: On the money bubble as a big stack, you get to open up the range of hands you are playing and in some extreme cases even get to play any two cards with the right stack configuration. There are so many options open to you as the big stack on the bubble.

For example, you can flat wider in position as you are unlikely to get squeezed out of the pot behind unless you run into a monster hand. Also, your opponents will have a tougher time bluff catching post flop with marginal holdings, so therefore you get to realize more pot share post-flop. And you can three-bet preflop more often versus the right openers because they are less incentivized to peel a three-bet.

It’s important to attack the right players though because some people are tightening up their opening ranges so much that re-raising them will be burning money as they will just have a monster when they voluntarily put money into the pot. Identifying how your opponents are playing the bubble is the most important thing to be aware of.

For example, in live poker recreational players will often tell you they just want to cash which gives you the green light to max pressure them every hand until the tournament is in the money. Chipping up on the bubble is often the key to a deep run in a tournament because with the added chips you will be able to withstand a bad run of cards or losing a flip in the money.

Craig Tapscott: Stack sizes are relatively similar during the early levels of play. What is your basic go-to mode during the early stages? And what are the variables or caution flags that determine your aggression when facing various types of opponents?

Chris Moorman: Early on in tournaments I try to play pretty tight-aggressive, largely sticking to hands that have great implied odds when they hit the flop. It’s important to identify your opponents that don’t like to fold, and also in turn other players who believe every big bet on a scary runout.

At the start of a tournament the stacks are much deeper so there is more room for maneuvering. But I find that unless it’s an incredibly prestigious tournament, such as the WSOP main event, big bluffs are overrated as people generally don’t like to fold strong hands. It’s important to value bet thinly as getting an extra street of value or a bigger value bet in on the river is essential in chipping up and giving yourself a big stack for deeper in the tournament.

I am aware that versus an overly-aggressive opponent it’s often a good idea to let them do the value betting for you (i.e., checking with a strong hand to let them bluff) whereas versus a more passive player you want to be betting yourself even if you do end up value cutting yourself occasionally, it’s not the end of the world.

Re-entry periods of tournaments are also very interesting. This is mainly because versus certain players you know they are never going to fold to any kind of normal-sized bet. So, you can use huge sizings to level them either way, into a fold or a max payoff. This is something that takes a lot of practice though in recognizing the right spots for it.

Craig Tapscott: How do you choose an appropriate bet sizing amount on the flop and turn? And why? What are the variables that influence your decision the most?

Chris Moorman: When choosing bet sizes on each street it’s important to look at what the effective stack size is post-flop. On the turn and river, generally you want to set it up pretty linear so that you can bet a similar percentage of the pot to get all-in by the river to either put max pressure on your opponent with a bluff or to get max value when holding a strong hand.

Bet sizing on the flop depends a lot on the board texture, how many people are in the pot, and what position the players have called from. For example, versus the big blind on a dry flop you can’t go too wrong betting 25-30 percent of the pot with your whole range. However, versus a cold caller from UTG+1 facing a much stronger range, you may approach certain flops by never continuation betting and instead continuing with either a check-call or a check-raise.

One common misconception in poker is that in multi-way pots you need to bet huge to protect your hand. However, your flop sizing actually doesn’t need to be that big because your opponents are quite handcuffed to float you wide with other players in the pot as they aren’t closing the action. In reality, it’s in heads-up pots that you can apply the most pressure to your opponents with larger bet sizing.

Craig Tapscott: Let’s talk about river bet sizings. In the past few years, we are seeing players overbet the pot, sometimes 2x or even 3x pot. Can you share your thoughts on when and why you might use this river bet sizing in your arsenal?

Chris Moorman: Huge river bet sizings are used in spots where you have a polarized range i.e., nuts or air. They are often applied by elite players when their opponent has a capped range which will force them to bluff catch some of their weaker holdings.

It’s important to know how your opponent reacts to these huge bets. Some players view them as being incredibly bluff heavy. Mainly because they are exerting a lot of pressure on them and therefore, they will look for any excuse to call with their hand. Whereas others will just fold almost 100 percent of their range when faced with a river bet size like this.

At the elite level the players will try and be more balanced in these situations, and if you are looking at hands in isolation it can be incredibly confusing. For example, a weaker hand like 8-7 could potentially be a better bluff catcher facing a 2x-3x pot sized bet on a K-10-8-6-5 board than K-Q. Even though technically it is a much weaker hand. When facing these bets, blockers become very important.

Chris Moorman: It’s really important to identify what hands in your opponent’s range you are trying to target on each street. For example, on a lot of favorable boards for the preflop raiser versus the big blind, a small sizing will be used to attack their air.

On the turn larger bets are often employed because now you are either value betting or bluffing. Big bet sizes are often used on particularly brick turns like offsuit deuces and threes versus the big blind, as it is unlikely that they helped their hand.

On the river it is important to identify what your weakest value bets will be. If it’s a particularly scary board where you won’t be making a lot of thin value bets, then a larger sizing will be used. Also, it’s important to note that you rarely want to bet less than 30 percent of the pot in position on the river when checked to, because reopening the action and getting this little value can cause you more problems than it is worth. 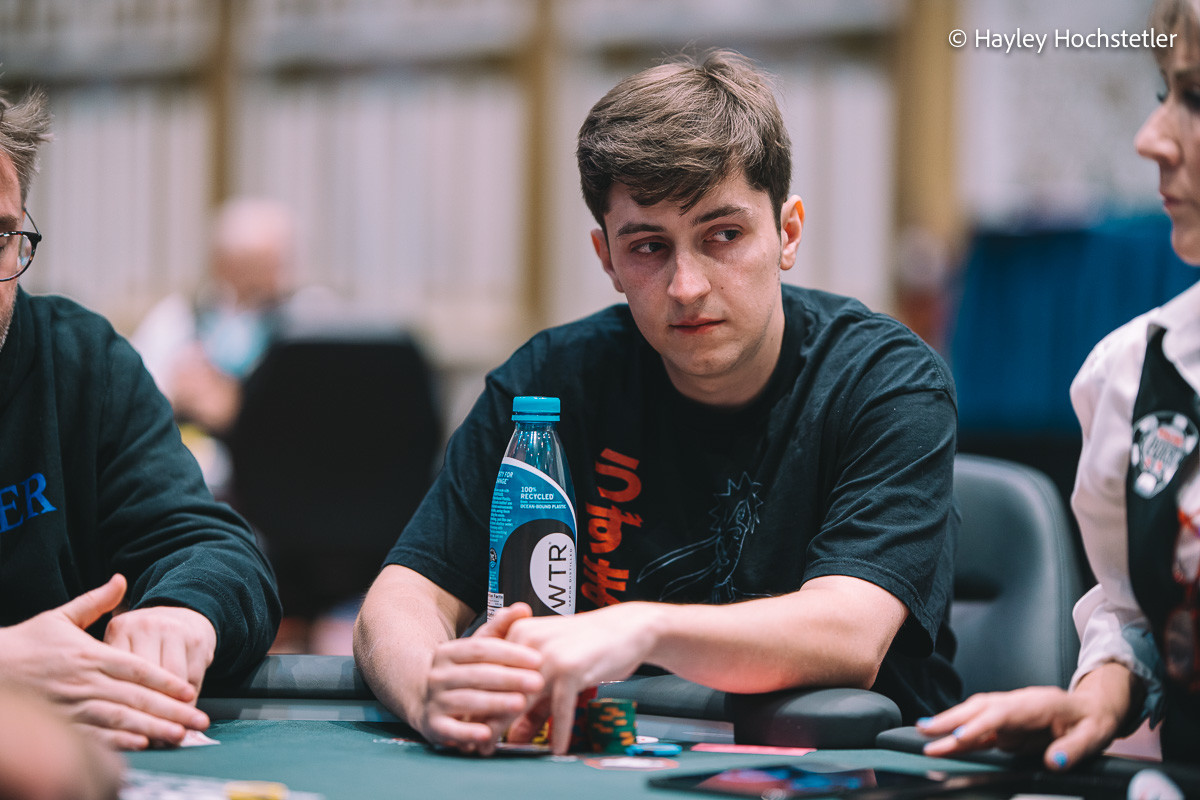 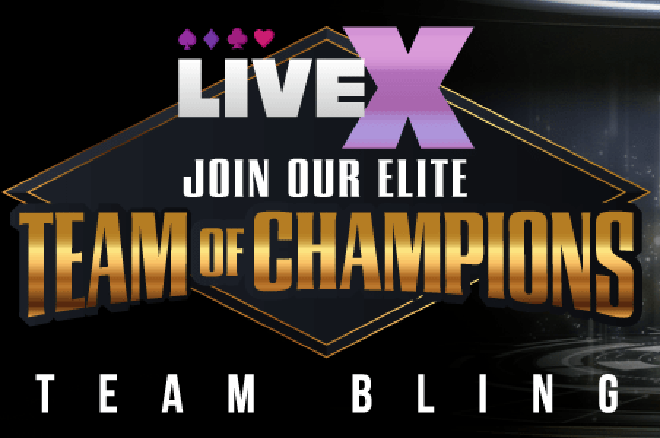 Will You Become a Member of Natural8’s Team Bling? Thre’s $100K In It For You!