Craig Tapscott: What are a few of the main challenges you’ve faced in the past when traveling from city to city worldwide (pre-COVID) playing the poker circuit?

Tony Dunst: I’ll lead off with a simple one, which is jet lag. I find it really difficult to play patient over 12 plus hours of live poker if I’m not well rested, and the older I’ve gotten the harder it’s become to quickly adjust my internal clock. Even going from the west coast to east coast for a tournament is tricky, because suddenly events are starting when our internal clock expects to still be sleeping. Naturally, this gets more pronounced when you start talking about flying over oceans and trying to shift your entire schedule by several hours.

I find it takes me about a week to fully adjust to a change of that magnitude, and for the first few days I’m usually barely sleeping and often feeling sick to my stomach. If I can arrive somewhere early and give myself time to harmonize I will, but that option isn’t always available. It’s pretty common to have a major event within a day or two of landing.

Another major challenge is dealing with the traditional banking system, which I’m happy to see is slowly becoming obsolete. Not only does it usually take a chunk of time to figure out how and where you’ll send the money, it’s normal to have to jump through hoops with your own bank to send or withdraw large sums. Plus, you’ll likely get vig’d pretty hard when converting currency.

It’s commonplace to have wires get refused or returned because of some small discrepancy on a form you filled out, and that can leave the funds in limbo for days. I’ve even been in places where the local government doesn’t allow you to take money out of the country and the local currency converters don’t have the cash on hand to exchange with you (and I’m not talking about huge sums here). Once things reopen, I’m looking forward to being able to travel the circuit without carrying cash or sending wires, and simply using cryptocurrency to arrange the necessary funds at whatever local casino I’m playing at.

Igor Kurganov: I’m very grateful for all the opportunities I’ve had in poker and hesitate to complain about any “challenges” I’ve experienced. Life has been very good to me. That said, one thing I’ve struggled with at times is how difficult it is to establish a routine given how often I’m on the road. Even more so that as a tournament player, because I don’t have much say over the number of hours I’ll work in a day, what food I’ll eat and when, and so on.

It’s hard to establish good habits unless you can make them, well, habits. Things just don’t stick well when they’re not part of a routine. Generally, I’ve had a bit more control over my mornings than other parts of the day, but that only gets you so far.

One other thing that’s a bit tricky is that, as a professional poker player, you’re basically running a one-person business. Logistical, administrative, and accounting tasks take up a fair amount of time on top of what you spend at the table. In practice, that has meant that I’ve ended up triaging urgent priorities much of the time and have found it difficult to get to items on my “important, but not an emergency” list.

Brian Altman: Traveling from city to city playing poker all over the world takes a toll on your body. One of the biggest challenges for me has been maintaining a healthy routine while on the road. Several years ago, I started prioritizing sleep. In my younger years I would stay up late and wouldn’t leave a poker game if it was good. I’ve always taken a long-term approach to poker, so marathon all-nighter sessions just aren’t something I find sustainable. Now I’m a lot more disciplined in maintaining a regular sleep schedule, not just on the road but in my day-to-day life.

Another thing I incorporate into my routine on the road is weight/resistance training. Most of the time I have access to a gym, but if I don’t, I will do bodyweight exercises like pushups. Even just a short workout in the morning sets the tone for the rest of the day.

Maintaining a healthy diet is also really important for me. Many of the poker stops on my schedule are places I have already visited, so I already am familiar with the dining options. I’m a creature of habit, and tend to eat the same food at the same places. If I’m able to streamline the decision of what I’m going to eat, I can focus on the more important decisions at the poker table.

Ultimately, when you take care of your body it translates into thinking more clearly at the poker table, which translates to better decision making. Poker players may not be viewed in the same lens as professional athletes, but we can certainly learn from and emulate the measures they take to prepare for competition.

Craig Tapscott: The past year has been very difficult due to the pandemic, with isolation and lockdowns. Can you share a bit about your challenges over the past year, and perhaps share an experience or relationship that has developed over the last year because of this shift, one that has added value to your life and perhaps your game?

Tony Dunst: My way of dealing with traveling or playing live poker during the pandemic was to wait until I was fully vaccinated. I got my second vaccine shot in early April, so I was excited to travel to Fort Lauderdale for our World Poker Tour event at Seminole Hard Rock, which was amazing. I’m also fortunate that living in Las Vegas gave me access to legal and regulated online poker here in the US, so playing on those sites consumed a lot of my attention during quarantine. I was already passionate about studying poker before the pandemic, and the forced isolation of that period only strengthened my resolve to refine my game.

I wouldn’t say any relationship ‘developed’ over the last year, but someone I spent a ton of time talking to and studying with was Andrew ‘Luckychewy’ Lichtenberger, who’s arguably been the most influential person on my improvement as a player over the last 15 years. At this point I consider Chewy a friend, mentor, and enemy no. 1, because I really think he’s the best (within our regular player-pool) and you can’t be the best until you beat the best. He’s had strong results for over a decade now, but I think he’s really going to erupt over these next few years, and I love seeing the success his work ethic brings him.

Igor Kurganov: To be honest, COVID didn’t radically change my approach to playing poker professionally, at least at first, mostly because I’d already reduced my travel frequency by quite a lot before the pandemic hit. I think the amount of time that people were forced to stay at home actually increased interest in online poker, with a lot of games added in March and April of last year, and it was easier than usual to play a high volume.

To some extent, though, I think that COVID and the scale of the hardship it unleashed nudged me to sort of take a step back and look at whether I felt like I was using my time in the best way by being a poker player. It goes back to that “important but not an emergency” list I mentioned before; the perspective that COVID brought made it easier to see that there were things on that list that mattered to me more, things I wasn’t getting around to as often as I would have liked.

For a while I have been gradually increasing the amount of time I spent working on REG (Kurganov’s charity, Raising for Effective Giving) and effective philanthropy, but during COVID the question for me became, “why am I not spending all of my time on this?” I didn’t have a good answer. And so, I began to see that after 10 years of playing, the right time to quit poker was suddenly now.

Brian Altman: Prior to the first wave of restrictions last March, I was hopping around the west coast playing some tournaments. I had arrived in Vegas a few weeks early for my delayed World Poker Tour final table and to play a few other tournaments. As things started to unfold, events got canceled and I realized I may be staying in Vegas much longer than expected. Luckily, I was in comfortable accommodations and had everything I needed. The original three weeks turned into a five-month stay.

During this time, I made the shift to playing online. I have a lot of experience playing online, as that’s how I initially got involved with poker, but for the last decade, most of my play has been in-person. The online landscape is much different now than it was pre-Black Friday. Training tools and studying resources are abundant. Online players are more well-studied and technical than live players, so leaks in your game get exposed much faster. I took this time as an opportunity to improve myself as a player through play and study.

I’m a very independent person, but the isolation aspect during this time was quite challenging. However, regular contact with friends and families via Facetime and Zoom helped ease this experience. Listening to podcasts, going on daily walks, and having a consistent online poker schedule gave some structure to my days and helped me feel productive.

I have a greater appreciation for live poker after a year-long pause, and I’m looking forward to playing more in the future. As more states inevitably adopt regulated online poker, I’m hopeful to find a nice balance between online and live. ♠

Igor Kurganov is no. 1 on Russia’s all-time poker money list with $18.5 million in live tournament earnings. The high roller crusher is a European Poker Tour champion, and won a WSOP bracelet alongside his girlfriend and fellow poker pro Liv Boeree. Kurganov co-founded Raising for Effective Giving, an organization that educates poker players about altruism and fundraises for selected charities. Since 2014, REG has raised over $14 million.

Brian Altman became the first player to ever win the same WPT main event twice, taking down the Lucky Hearts Poker Open in both 2015 and 2020. As a result of his impressive showing on the tour, he was crowned WPT Player of the Year. The Massachusetts-native has more than $4.5 million in career live tournament earnings. 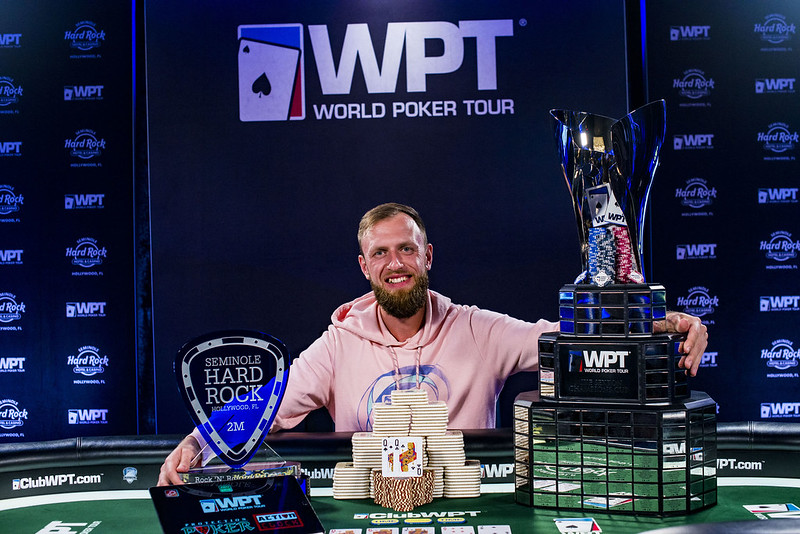 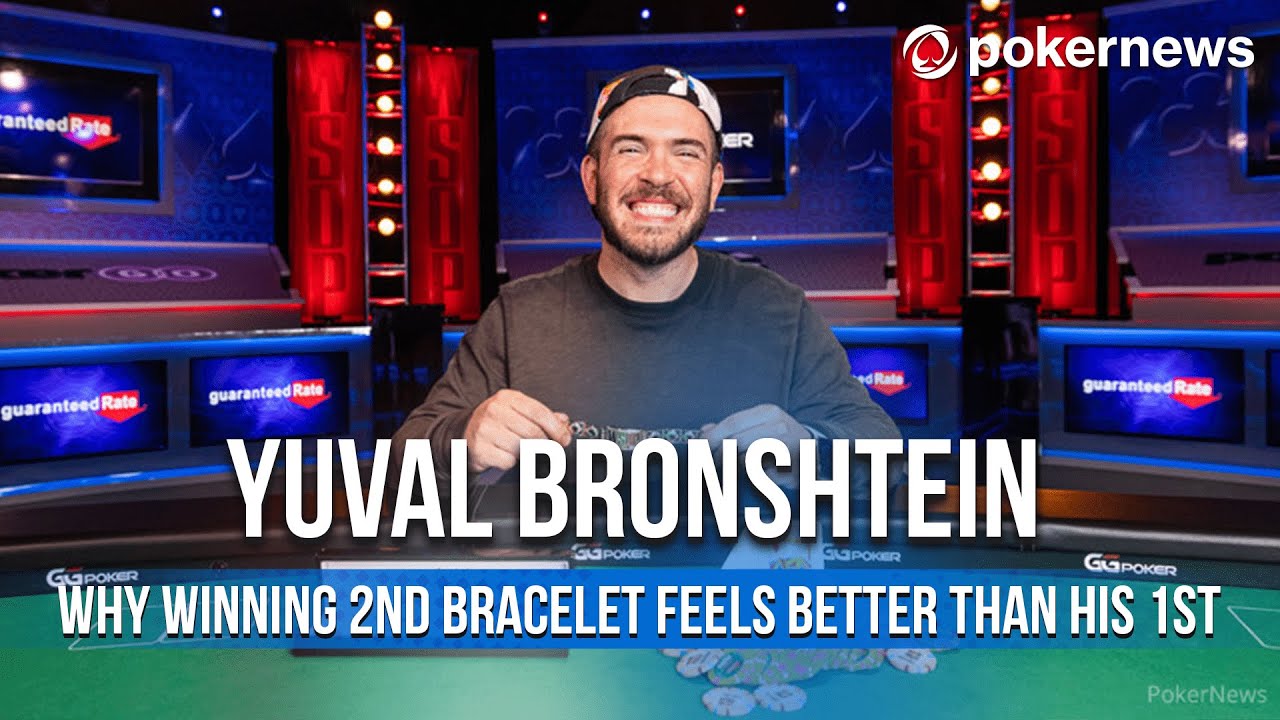