Selahaddin Bedir finished as the runner-up in the 2021 Super High Roller Bowl Europe $25,000 no-limit hold’em event, earning a $364,500 payday but falling just short of his first live tournament title. Bedir only had to wait two days to get a second shot at his debut in the winner’s circle. He navigated his way through a field of 52 entries in the SHRB Europe $50,000 buy-in no-limit hold’em event, making it down to heads-up play. Bedir was up against one the toughest possible opponents in Poker Hall of Fame member and ten-time World Series of Poker gold bracelet winner Phil Ivey, but he managed to convert his chip lead into a victory for $832,000.

This was Bedir’s largest career score, besting the previous personal record he had set just days earlier. Priot to his success in these two high-stakes events, Bedir’s largest cash came when he finished third in the 2019 Merit Poker Retro $5,300 main event for $190,010. He now has more than $1.9 million in career cashes to his name.

In addition to the title and the money, Bedir was also awarded 510 Card Player Player of the Year points as the champion of this event. This was his third final-table finish of the year, and it increased his POY earnings to more than $1.2 million. As a result, he climbed into 84th place in the 2021 POY race, which is sponsored by Global Poker. He also earned 499 PokerGO Tour rankings points. With this win and his runner-up finish days earlier, Bedir now sits in 17th place on that leaderboard.

The final table began with Bedir in the lead and Albert Daher in second chip position. Ivey was in the middle of the pack, but doubled up through Bedir with A-K against A

, resulting in the two swapping positions on the leaderboard.

WSOP bracelet winner Danny Tang was the first player to be eliminated. He got all-in with A-7 leading Bedir’s A-4, but a four on the turn left Tang in need of help. The river didn’t provide any and he was sent to the rail in seventh place ($130,000), extending a lead that Bedir had just regained before the hand.

A classic preflop race brought World Poker Tour main event winner Seth Davies’ run in this event to an end. His A

of Jake Schindler, but the 6

on the river gave Schindler a winning set. Davies took home $156,000 for his sixth-place showing.

Albert Daher was the next to fall. He got all-in preflop with A

of Bedir. The board came down A

to give Bedir two pair and the pot. Daher finished fifth for $208,000, while Bedir added to his lead.

Bedir added to his stack during four-handed play. In the next big clash it folded to him in the small blind. He shoved with pocket deuces and Jake Schindler called holding A-Q in the big blind. Bedir flopped a set and held from there to eliminate Schindler in fourth place ($260,000). The score increased his career earnings to just shy of $27.3 million.

. That was well ahead of the the 7

that Bedir had shoved with, at least until the flop brought the A

to give Bedir trips. Nakhjavani found no help on the turn or river and was knocked out in third place ($364,000).

With that Bedir took more than a 5:1 chip lead into heads-up play with Ivey, who had won the kickoff event of this series just three days earlier for $408,000. It didn’t take very long for Bedir to convert that chip advantage into the title. In the final hand, he moved all-in from the button with A

runout kept Bedir in the lead throughout.

Ivey earned $546,000 as the runner-up finisher, increasing his career earnings to just shy of $31.8 million. With his recent success in the early events at the SHRB Europe Ivey has surpassed Steve O’Dwyer to move into 11th place on poker’s all-time money list. The 328 PokerGO Tour points he earned in this event will move him within striking distance of the top 20 in that points race. 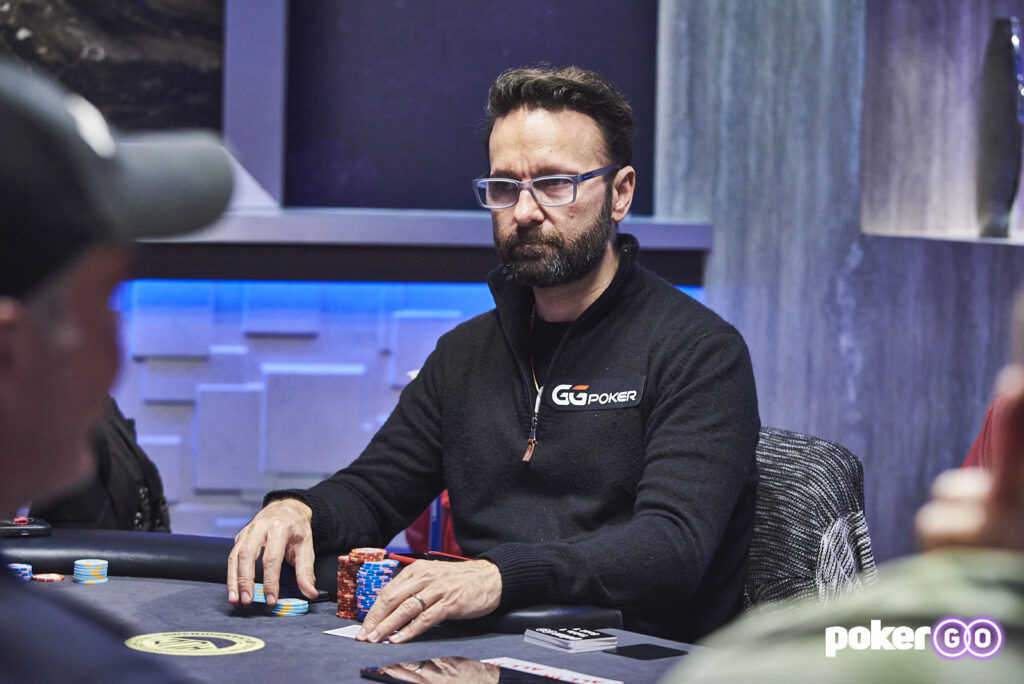 Negreanu Busts Level 1 of $300k SHRB; Did He Make the Right Decision?