Day 2 of the 2021 Spring Championship of Online Poker (SCOOP) on PokerStars saw 14 players crowned, including the winner of the biggest prize pool of the festival so far.

“Nethos” claimed their first SCOOP title and $200,078 in prize money after winning SCOOP-04-M: $215 NLHE [Progressive KO, Sunday Million SE] while there was another SCOOP title for Laszlo “omaha4rollz” Bujtas the $10,000 High Roller.

This was Bujtas’ third SCOOP title, but his first in a No-Limit Hold’em event after previous wins in No-Limit Draw (2016) and Pot Limit Omaha (2019). The Hungarian defeated Fedor “CrownUpGuy” Holz heads-up, with the German bagging his second runner-up finish in as many days.

Keep on reading to find out more about who got their hands on a SCOOP title on Day 2!

Bujtas entered the final table as the table captain. However, his chip lead bounced around to several players before he took control for good with three players remaining.

The High Roller was a huge success with many big names in action including at the final table. The event attracted 116 entrants on Day 1 for a $1,160,000 prize pool to smash the $1 million guarantee.

What a day this must have been for “Nethos” from the Czech Republic. After a real up-and-down night, they have claimed their first-ever SCOOP title in SCOOP-04-M: $215 NLHE [Progressive KO, Sunday Million SE] for $200,070 which includes $65,962 in bounties.

The tournament attracted 12,243 entries out of 8,633 unique players to create a mammoth prize pool of $2,448,600, almost double the originally slated guarantee.

“Nethos” defeated “PokerDave476” heads-up in a battle that lasted almost an hour. The final table saw players from seven different countries taking their seats with Germany and Brazil having two players each battling for their flag. Familiar names to join the two heads-up players on the final table included Finland’s “römpsä” and Brazil’s Pedro “LgwZ” Grochocki.

A total of 12 other players grabbed SCOOP titles on Day 2, including Dejan “dejanlc357” Kaladjurdjevic and Daniel “Dan.Almeida” Almeida.

Related: How to Play Online Poker with Friends

Big names such as Aliaksei Boika and Mikita Badziakouski are in strong positions to grab SCOOP titles for themselves when their events resume later today. There is also a chance of a fifth SCOOP title for former Main Event champion Talal “raidalot” Shakerchi, who sits in second place behind “labirint93” with only eight remaining in SCOOP-09-H: $2,100 HORSE, $125K GTD.

There are plenty of events scheduled for Tuesday including the $850,000 GTD Super Tuesday, 5-Card Draw and PLO events. Check them out in the PokerStars client.

Hunter Biden admits Burisma hired him because of family name 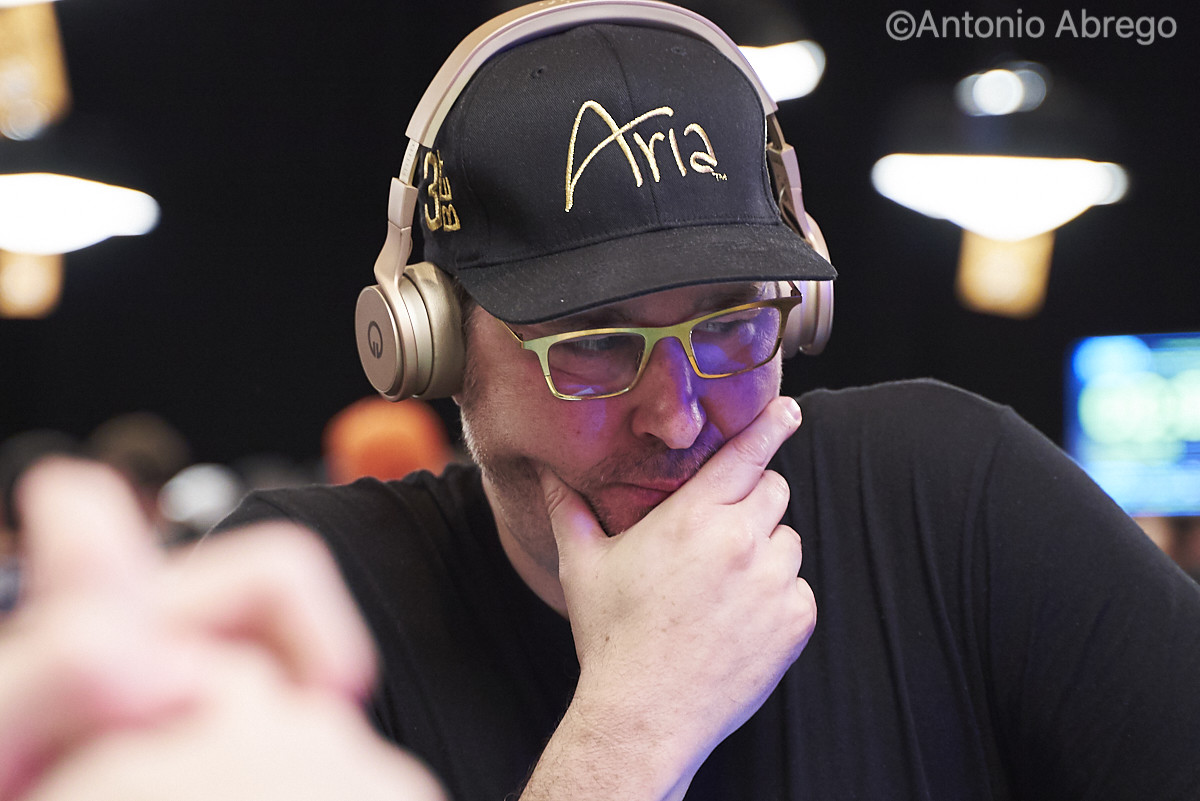 Was Phil Hellmuth a GTO Robot Against Negreanu in the High Stakes Duel?