Craig Tapscott: What are a few ways you burrow into an opponent’s head and wreak havoc during a session?

Mark Herm: I wouldn’t say I go out of my way to get into a player’s head, but it normally just happens because I play like such a lunatic. Most people aren’t willing to get out of line, such as three-bet light multiple times or four-bet fold, especially against other regs.

My general rule of thumb deep in tournaments is to go after other big stacks, whether or not they have more chips than me. Big stacks generally will believe other big stacks who are going after them, particularly when you have less chips than them because most people are too scared to do it.

Jesse Sylvia: If we are talking full ring games, I’m never specifically targeting a player on purpose. But that being said, I tend to take the raise option when both raise and call, or raise and fold seem viable. Similarly, if I think it’s close between a bet and a check on the river, I like to bet. Same with choosing to three-bet versus a flat call preflop.

Basically, I like to be avoiding showdown a lot, especially versus a player whom I’ve won a lot of pots previously against without a showdown. I find that when people lose a lot of non-showdown pots against me, it’s more frustrating than knowing that they had the worst hand. I find the same is true for me when someone keeps winning no-showdown hands versus myself.

The strategy of nonstop pressure can often have benefits beyond those that occur during the hand. Keep in mind that I don’t go out of my way to run optimistic bluffs, I simply err on the side of putting money in the pot when it’s close.

Michael Lech: I always try to get a grasp of the entire table dynamic upon the first orbit or two. I’m never listening to music or playing on my phone, but instead attempting to actively engage anybody that is talking at the table and feel out how they approach the game.

Usually if I talk with anybody within those first few hands, it sets the bar of comfort level and even invites more people in if they aren’t accustomed to bantering at the table. As far as ‘burrowing in,’ I try to get chatty and make people feel comfortable. I can befriend you while still trying to destroy you. And I’m always waiting for the right time to let the aggressive tiger out of the cage and let it loose for an orbit or two.

It’s such a fun game. It attracts so many random professions and interesting characters, mostly you just have to engage and figure them out. People like to chat and open up more when they are enjoying their experience. It’s kind of amazing to get to know some of the people, even if it’s on this felt battlefield. I enjoy having a few beers whenever I can at the table, which tends to lighten the mood. I’m simply trying to lower the intensity barrier and break it down.

Jeff Madsen: The key is to know what information my opponent is giving me that will help me get into their head. A variety of things can offer insight into what the inner monologue of my opponent might be. Once I get a sense for a player, I can start to figure out how to be two steps ahead of them. I’m looking to manipulate my opponent based on how I perceive their thought patterns.

This manifests itself in processing straightforward information, such as hands an opponent reveals at showdown, the board texture, and the action. At showdown you now have another nugget about your opponent’s ranges and how they play their value hands or bluffs on each street. Information gained from showdowns and general information about an opponent’s bet sizing and betting patterns combine to give me legitimate insight into what they may be thinking and what kind of player they are. Of course, this kind of information must be processed by you. The more studied you are at poker strategy and theory; the quicker the insights will come.

Then there’s some less tangible information that will help me get into my opponent’s head and ‘wreak havoc.’ Mainly, live reads, whether it be timing tells or being able to interpret body tells that an opponent gives off. These things are often a genuine insight into the opponent’s emotional state and patterns of thought.

Other ‘intangibles’ include instinctual responses to the game flow of the session or to the table’s energy. Chalk up the term ‘energy’ here to mean how we perceive and feel our opponent’s emotional states, whether through logical observation of information or otherwise. I believe the more poker you play, the more you strengthen a sort of poker ‘sixth sense’ which is really your brain processing and comparing data.

Craig Tapscott: Please share how you switch on the Jedi mind tricks to protect your own concentration and stop an opponent from affecting your mental state. Do you have a preparation ritual before you sit down to play that may assist in this regard?

Mark Herm: I had literally a 2-to-3-hour prep routine I would do before playing online each Sunday. It would start off with a cold shower or cold bath, then yoga and a series of meditations, affirmations, visualizations, and breathwork, some of which took place during a nature walk. I also had a pre-game 15-minute session of hypnotherapy with sports psychologist, Elliot Roe. It sounds a bit over the top, but I took all of this stuff extremely seriously. I would even be careful not to eat crappy food on Saturday nights. All of this preparation combined makes a huge difference.

I never really experienced other players getting into my head to be honest, at least not in recent years. But staying centered and positive is extremely important. I simply would not allow negative thoughts to get into my head if I got unlucky or lost a big flip or something similar. Rather I would try to convince myself that that rough situation or beat needed to happen in order for me to win the tournament. And then I would envision myself having more chips at each break.

That all sounds pretty fanatical, and I can’t say I 1,000% believe everything works exactly like that. I definitely think it helps as long as you’re not letting irrational superstitions negatively influence any poker decision. There is simply no room whatsoever for negativity if you want to be on an elite player level.

Jesse Sylvia: I’m usually pretty much in my own head in the first place. I feel like I have an inherent advantage in this department, but nobody is perfect at anything. I feel that way because I do spend time in silent meditation each morning.

I didn’t do this initially for any advantages in poker, but I’ve noticed that since I’ve began this practice, I’m able to get mentally centered much faster when I play. This often helps if I’m tilted, but also just if I’m flustered after some big pots. I find that even when I win a few big pots back-to-back, I’m a bit anxious afterwards. Practicing meditation off the table has certainly helped with this. I also really like using music. The right music can cleanse the spirit far faster than expected. Music is just a cheat code in a lot of spots in life.

Michael Lech: It’s easy enough to encounter people that annoy you or get you off your own mindset quickly. It’s another aspect of the game you have to appreciate. I try to just handle it with kindness, even while possibly being upset on the inside.

In general, I notice people tend to get more egotistical when things are going their way and you just have to take a quick moment to realize it’s all balanced and comes with many ebbs and flows. I can act like it never affects me, but anybody that says that would be lying. It’s just trying to get through the lows of the game when things aren’t going well.

My pregame prep is a short period of complete mental solitude before entering any game. I attempt to detach from every distraction and have a quick meditation for perhaps five minutes before any live tournament event. It rejuvenates me. I can then come in fresh and ready for any mental warfare. But my number one thing I do is always find a way to have fun when playing. I respect others and realize we’re all there sharing our time together. This approach consistently makes for a better experience at the tables.

Jeff Madsen: I wouldn’t call it Jedi Mind Tricks, since ‘Jedi’ implies only an exclusive group of people can concentrate and focus on a high level at the table. Keep in mind that anyone, even a complete amateur, can enter into a poker session and be protected in their centeredness. They may be completely oblivious to the nuances of good poker strategy, but this doesn’t mean they can’t be focused and non-judgmental of the experience. They may lose, but perhaps were still laser-focused the whole time and in turn learned from their mistakes.

This kind of focus comes from mindfulness, which goes hand in hand with not overly judging the experience at the table as hands play out. Overly judging implies overthinking, which is a habit that takes us away from our center. When at the table, I’m trying to be as grounded and focused as possible. But if I’m a little off that day, I just try not to judge the experience and continue to try to play my best and snap myself back into focus. I value the benefits of meditation, breathwork, eating healthy, and eliminating distractions.

Some common-sense things I do to help keep opponents out of my head at the table are to work on being mindful. And I stay aware of masking my own tells if necessary or experimenting with reverse-tells as well, if it proves valuable against a particular opponent. I may on a given day try to take five seconds for every decision in a streamlined way and carry myself more robotically in a hand. Other days I may have a table where I can get away with different behavior or timing.

A good fallback is to just give as little information away as possible. Once you’ve improved in that regard, you can move on to working on reverse-tells or manipulating your opponent more actively with mannerisms, etc. ♠

Jesse Sylvia finished runner-up in the 2012 WSOP main event, earning $5.3 million. In the years since he has added another $2 million in cashes, including a win at the WPT Borgata Poker Open in 2016. Sylvia can often be found playing high-stakes cash games in Las Vegas. He is a co-founder of Floptimal, a poker software company that makes elite, efficient learning tools.

Michael Lech, a native of Arkansas, has traveled to over 50 countries, and has been fortunate to be able to play poker in many of them. He is the only player to win WSOP Circuit rings in five different countries, and has eight rings overall. He also won a bracelet at the 2020 WSOP Online series, and now has more than $1.5 million in career tournament cashes.

Jeff Madsen has four WSOP bracelets and was the 2006 WSOP Player of the Year. The Los Angeles native has 11 tournament titles on his résumé and $6 million in earnings. Madsen is a private poker coach and has worked with hundreds of students, and can be contacted at [email protected] 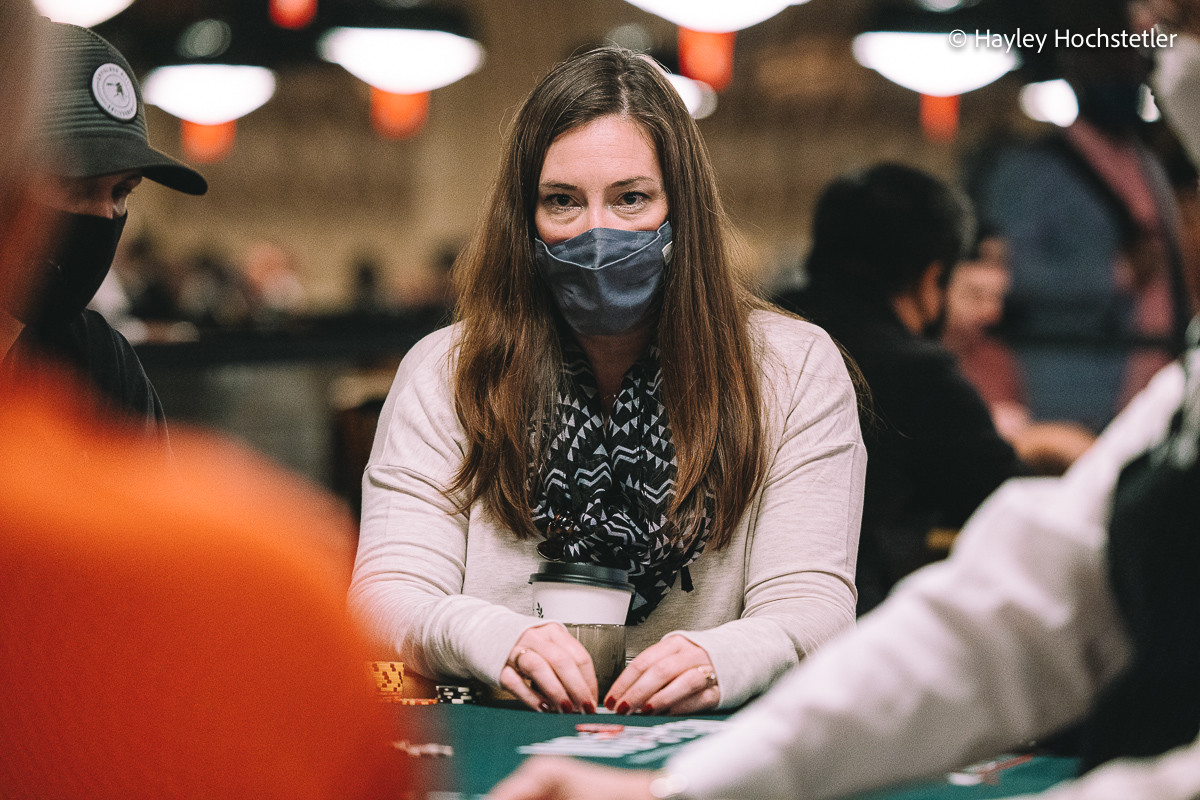 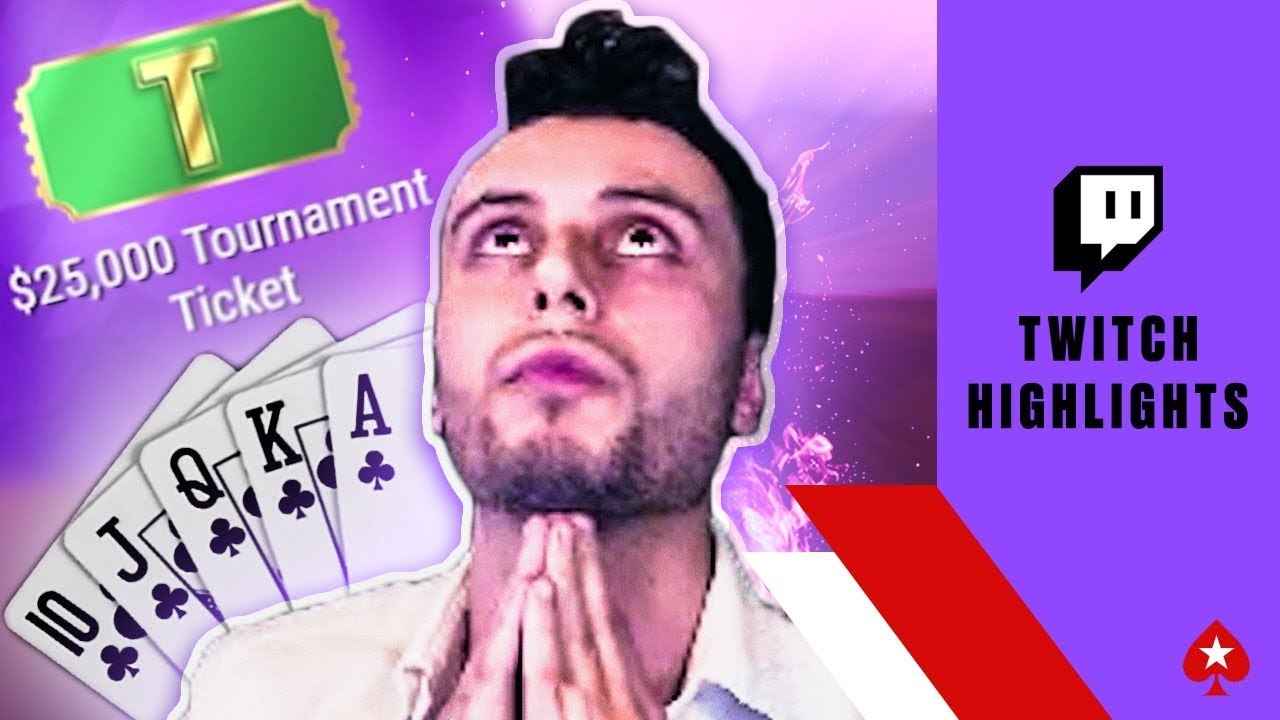 Tom Brady’s NFT Platform Raises $170 M: Everything you need to know.
58 mins ago

5 Best Cryptocurrency for a Price Rebound January 2022 – InsideBitcoins.com
2 hours ago