Simon Mattsson is the 2022 WSOP Online Main Event champion, after the super-talented poker tournament specialist put on a masterclass of a performance at the final table. Mattsson navigated his way to the final table as the chip leader before emerging victoriously, having left 4,983 opponents in his wake, and securing $2,793,574 of the $23,674,000 prize pool.

The man whose “C. Darwin2” alias strikes fear into opponents’ hearts now has more than $27.6 million in online poker tournament winnings plus a rightful place in online poker’s history books.

Tim Rutherford went into the final table as the shortest stack with only 11 big blinds at his disposal, and he was the first casualty of the night. With blinds of 500,000/1,000,000/125,000a, Feng Zhao opened to 9,000,000 from early position, leaving himself only 2.25 big blinds behind. Rutherford called off his 3.8 big blinds from the next seat along, and the remaining players ducked out of the way. It was pocket kings for Zhao and ace-queen of hearts for Rutherford. The flop gave Rutherford a flush draw, but neither another heart of an ace appeared on the turn or river, and Rutherford busted with $279,357 to show for his efforts.

British grinder Oliver Sprason was the next finalist to bow out; his eighth-place finish came with $372,529 in prize money. Kannapong Thanarattrakul min-raised to 2,800,000 under the gun with pocket tens, and instantly called when Sprason three-bet all-in for 10,542,000 from the big blind, a move made with suited ace-king. Sprason flopped a king, but Thanarattrakul improved to a set. Sprason picked up a royal flush draw on the turn, but ultimately missed his outs on the river.

The final seven became six with the untimely demise of Canada’s Jordan Spurlin, who crashed out on the very next hand after Sprason busted. The action folded to Thanarattrakul in the small blind, and he open-shoved with ace-nine. Spurling called off his 10 big blind stack with the dominated ace-seven, and a few seconds later he crashed out and collected $496,774.

Yanfei Chi lost all but four big blind when his fellow countryman Zhao cracked his pocket queens with pocket jacks. Chi’s micro stack went into the middle queen-nine of clubs against Samuel Vousden‘s ace-seven, and he had to make do with a $662,459 score when the five community cards ran seven-high.

Austria’s Istvan Briski saw his tournament end in a fifth-place finish worth $883,404, the WSOP Online Main Event’s last six-figure payout. Mattsson min-raised to 4,000,000 from the cutoff with ace-jack, Briski decided to commit 6,000,000 of his 7,619,870 stack from the button with king-eight of spades, only for Zhao to wake up in the big blind with pocket rockets! Zhao four-bet to 16,000,000, Mattsson made an expert fold, and Briski put the rest of his chips into the middle. Briski was drawing dead by the turn, and the surviving four players became millionaires.

Vousden was the first finalist to bag a seven-figure prize, doing so on the hand after Briski bowed out. Thanarattrakul min-raised to 4,000,000 on the button with ace-jack of spades and quickly called when Vousden jammed for 30,131,023 in total from the big blind with pocket sixes. Thanarattrakul flopped an ace-high flush, leaving Vousden needing running cards. They never arrived, and Vousden was eliminated in fourth place, a finish worth $1,178,040.

Third place went to Zhao, who battled valiantly throughout the final table despite never having what one would consider a decent stack. Zhao lost a chunk of his stack when he couldn’t find a fold with king-eight on a jack-nine-queen-king-queen board when Mattsson held queen-nine for a boat. The rest of Zhao chips went into the middle of the table with jack-nine from the button, and Mattson called with ace-three. Zhao flopped an open-ended straight draw, but ace-high proved enough to sent Zhao to the cashier for a $1,570,941 payday, and the 2022 WSOP Online Main Event into the heads-up stage.

Massive Prizes for Small Buy-ins in the GGPoker Mini MILLION$ From Oct. 2

Mattsson held a 183,784,622 to 115,021,766 chip lead over Thanarattrakul s the one-on-one battle commenced. Thanarattrakul lost some ground early when he missed an open-ended straight draw when Mattsson rivered trip queens, and he never recovered.

Thanarattrakul fell at the final hurdle but cannot not be too disappointed to walk away with $2,094,884. Mattsson will forever be known as the 2022 WSOP Online Main Event champion, while his GGPoker account now has $2,793,574 more in it than a few days ago. 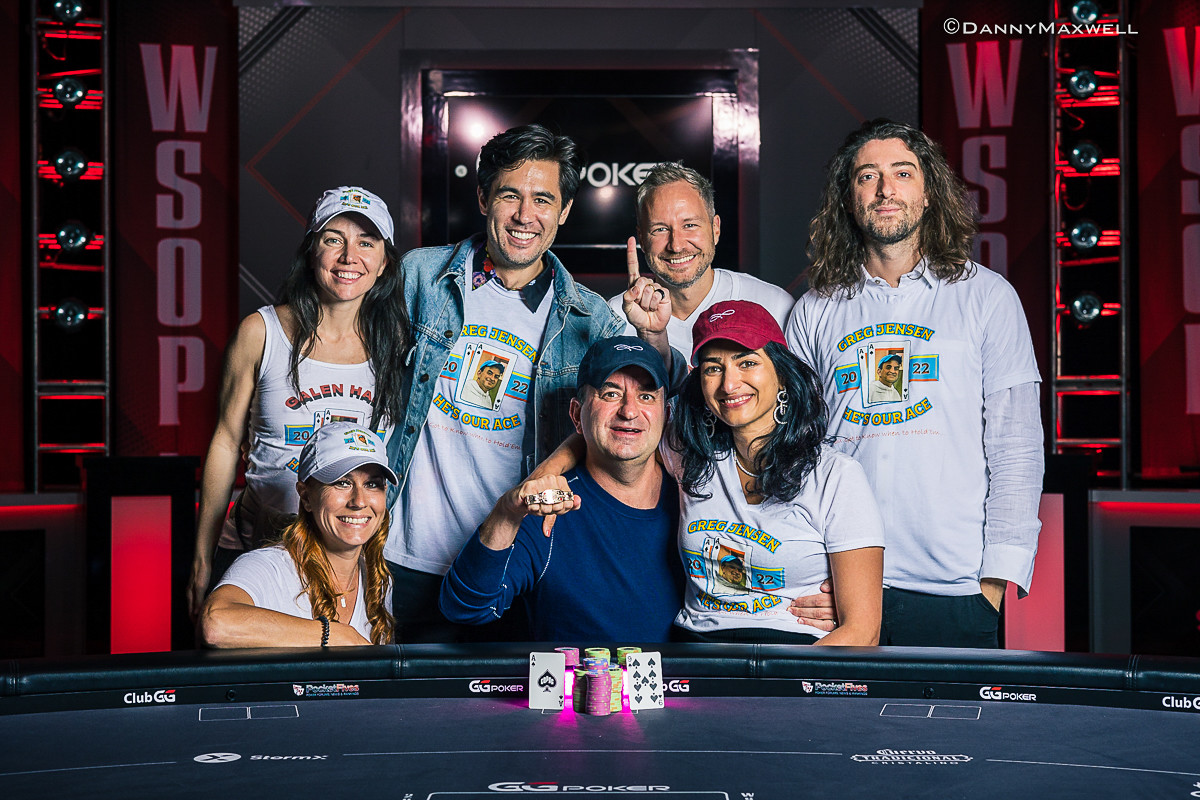 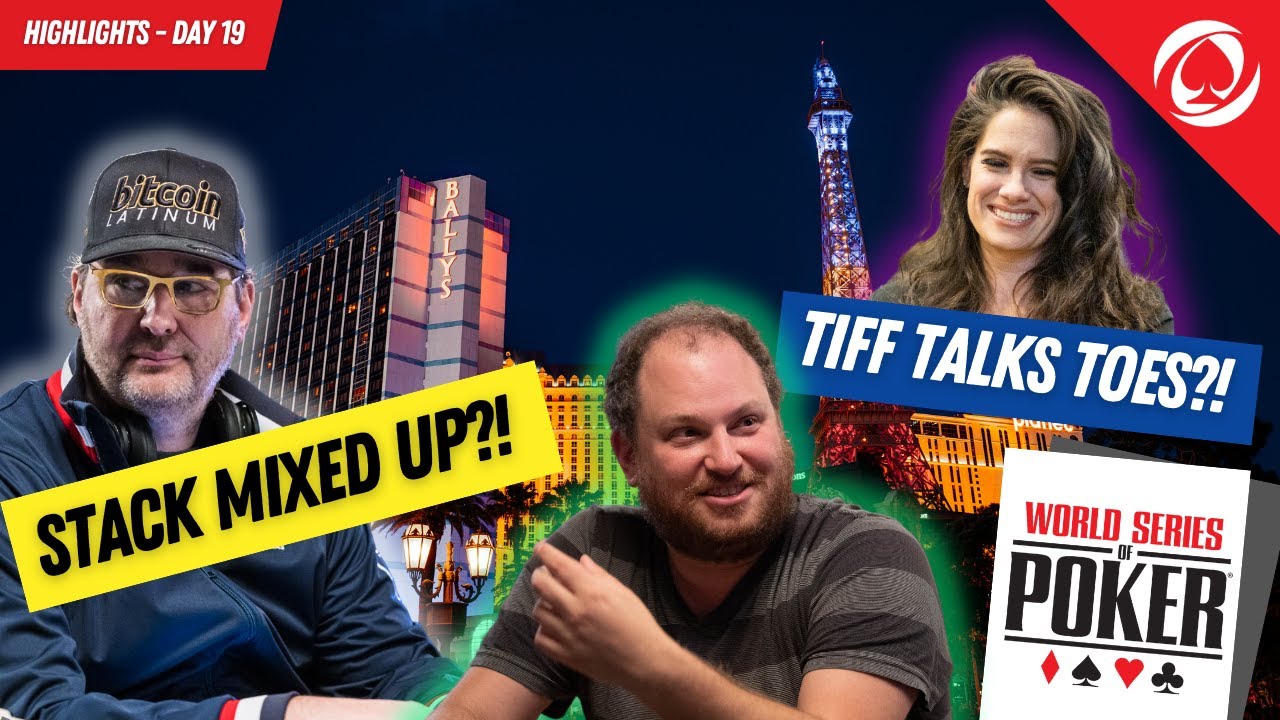 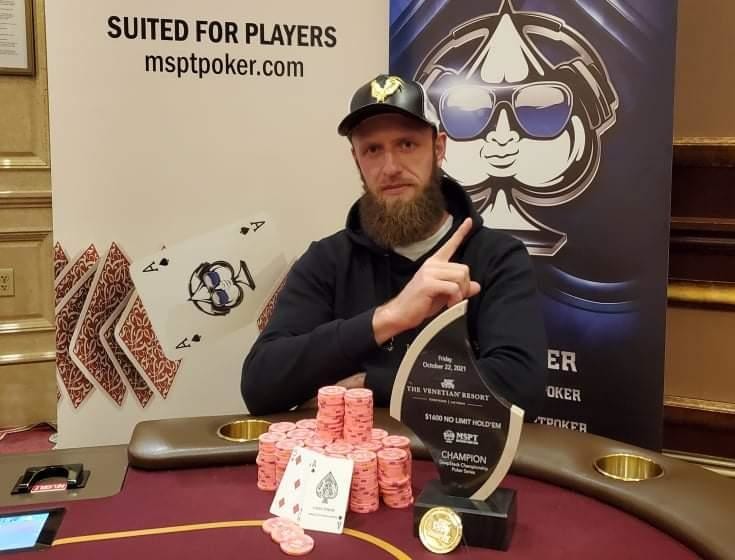