John Riordan entered the U.S. Poker Open Event #4: $10,000 Big Bet Mix with one of the shorter stacks in play before he came roaring back to eliminate two-time Global Poker Index Player of the Year Alex Foxen and Sean Perry to claim the title for $163,200.

This was the second biggest win for Riordan who has more than $800,000 in live tournament cashes tracked by The Hendon Mob. His biggest came a decade ago when he won a WSOP Circuit ring and the $210,180 top prize in the 2011 WSOPC West Palm Beach Main Event.

In addition, this was the second cash for Riordan during the 2021 U.S. Poker Open with his first coming when he min-cashed the Opening Event for $19,000.

The event, which attracted 48 entries for a $480,000 prize pool, was a true test of multiple poker variants, with games rotating between no-limit hold’em, pot-limit Omaha, and no-limit 2-7 single-draw.

The final table took place at the PokerGO Studio at the ARIA Resort & Casino and was broadcasted to poker fans around the world at the subscription based PokerGO.

The final table began with Sean Perry with the chip lead. Maxx Coleman and Alex Foxen were closest on Perry’s tail with Jim Collopy, eventual winner John Riordan, and Brian Okin all hoping to spin up their short stacks.

The PokerGO stream began five-handed with Collopy hitting the rail in sixth place for $28,000 before the stream began. Foxen grabbed the chip lead in the early goings before Riordan became the table captain.

held by Perry during a hand of pot-limit Omaha. Perry’s hand not only held, but also improved to a set after a king appeared on the board to eliminate Okin in fifth place for $38,400.

Four-handed play was a relative marathon lasting several hours, during which time Foxen found himself on crumbs. He doubled up once again Perry and against against Coleman to get back into the mix.

Coleman, was left with a little more than a single big blind, which was dusted off by Perry during a round of 2-7 single-draw.

Perry regained the chip lead during three-handed before Riordan then eliminated the last two players. First to go was Foxen in third place for $72,000 after he unsuccessfully jammed a short stack with jack-nine into Riordan’s king-eight suited.

Riordan Begins Heads-Up with the Lead

Riordan began the heads-up battle with a small chip lead against Perry before he won a few hands to extend his lead to a more than 4:1 chip advantage.

The final hand took place in 2-7 single-draw. Riordan jammed the button with

and Perry called with

. Perry discarded a queen and a seven and got back two jacks while Riordan discarded a six only to get another six back from the dealer. The pair of sixes was still the lowest hand and Riordan won the pot to eliminate Perry in second place for $105,600.

Riordan and Perry did a fist pump after the hand was over.

“That was real fun!” said Perry who was chattering away during the entire final table.

“That was very fun,” Riordan replied. “Thank you very much.”

Poker Central and PokerGO founder Cary Katz leads the final seven players in the U.S. Poker Open Event #5: $10,000 No-Limit Hold’em after bagging a chip leading stack of 2,230,000 in chips on Saturday at the PokerGO Studio at the ARIA Resort & Casino.

While Katz is well-known as a businessman, he is also well-known in the poker world as one of the most successful players with more than $31 million in live poker earnings as tracked by The Hendon Mob placing him in 11th place on the All Time Money List.

Meanwhile, Event #2 winner Joe McKeehen, could become the first two-time winner in the 2021 U.S. Poker Open as he will kick off the action with the second biggest stack of 1,905,000.

Vanessa Kade was not only the last woman standing but also the final player to leave the tournament empty-handed. Kade jammed her short stack with queen-jack and didn’t improve against Hendrix’s ace-nine to finish in 14th place.

Jordan Cristos and Shannon Shorr were the first players eliminated in the money for a min-cash of $17,000 while GGPoker Ambassador and six-time WSOP bracelet winner Daniel Negreanu and Ali Imsirovic laddered up to a payout of $25,500.

Dan Shak then hit the rail in ninth place for $34,000 after his king-ten suited proved to be no good against McKeehen’s ace-jack before Weissman eliminated three-time WSOP bracelet winner and poker commentator Nick Schulman in eighth place for the same payout.

The final seven players will return to the PokerGo Studios on June 8 with the action expected to begin at 3 p.m. EDT. PokerGO will live stream what promises to be some of the most exciting poker action of the year beginning at 4 p.m. EDT.

All returning players are guaranteed at least a $42,500 payout with the eventual winner slated to take home a huge $204,000 top prize.

Jake Daniels leads the 2021 U.S. Poker Open Championship Leaderboard after four events thanks to his victory in Event #1 for $218,500 with Event #3 winner Joe McKeehen and Event #2 winner Sam Soverel closest on his tail.

Meanwhile, after emerging victorious in Event #4 catapulted up to fourth place on the leaderboard just ahead of Steve Zolotow and Barry Hutter.

While Daniels held the spotlight after the first four events, expect a lead change on the leaderboard tomorrow with McKeehen advancing to the final seven in Event #5. It is possible another player also catapults to the top of the leaderboard with the Event #5 awarding $204,000 (204 leaderboard points) to the winner. 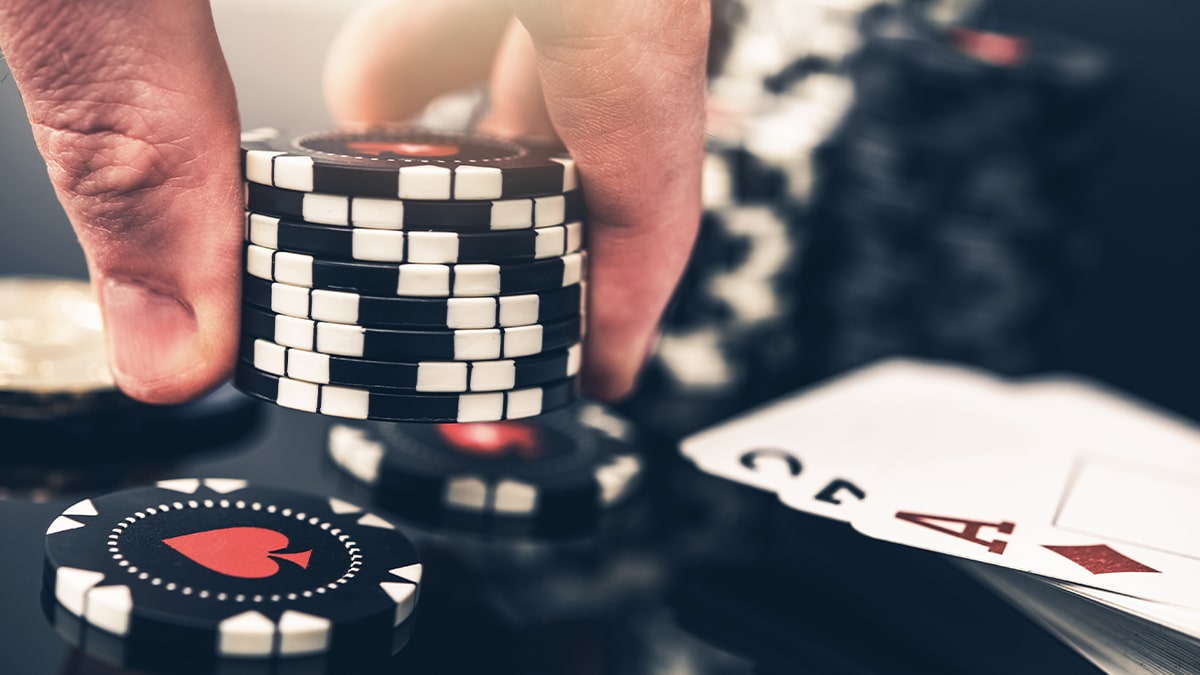 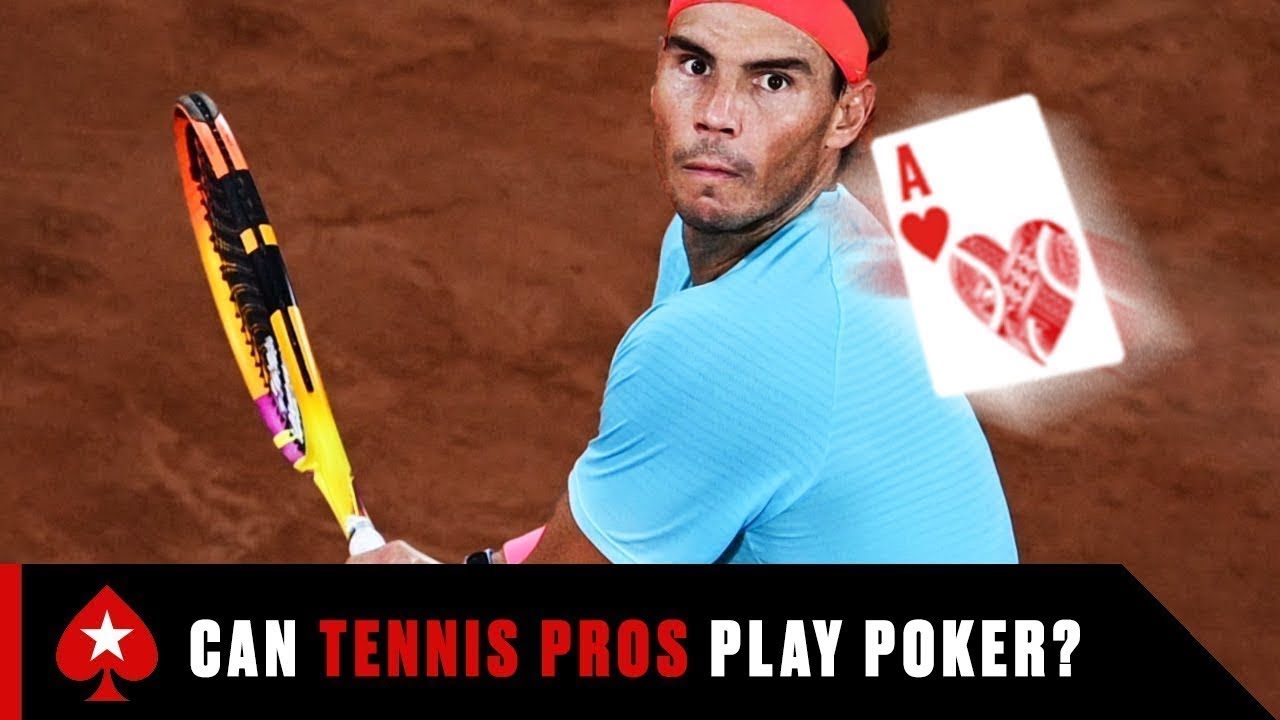 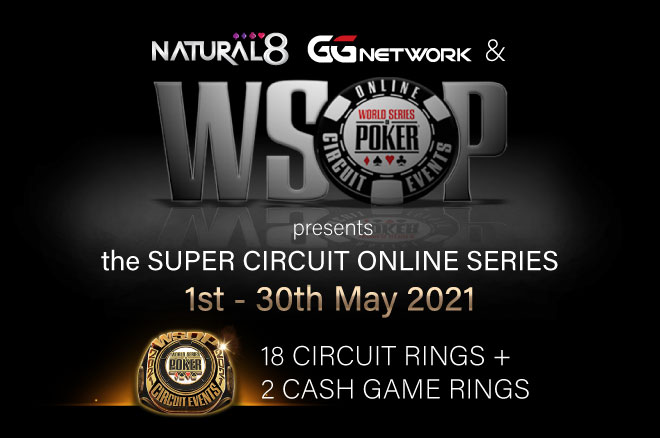 WSOP Super Circuit Online Series Returns to Natural8 This May