James Gilbert came into the 2021 World Series of Poker with more than $2 million in poker tournament earnings to his name, with multiple deep runs in major events, including a fifth-place finish in the recent WPTDeepStacks Venetian main event for $139,180. While Gilbert has accumulated multiple six-figure scores and a few titles in his career, his poker resume was lacking a signature victory in a major event. Gilbert changed by taking down the 2021 WSOP Online $1,000 buy-in no-limit hold’em ‘North American Open’ event. He outlasted a field of 756 total entries to secure his first WSOP gold bracelet and the top prize of $137,570.

The Bensalem, PA resident can now display his bracelet alongside his WSOPC gold ring, which he won all the way back in 2012 in a $1,125 buy-in event with 196 entries. His previous highest finish in a bracelet event came with a third-place showing in a $1,500 buy-in no-limit hold’em event at the 2017 WSOP.

Landon ‘ActionDealer’ Tice made headlines recently when he conceded a high-stakes heads-up challenge against Bill Perkins. Tice held the chip lead in this event when the final table of nine was set, with two-time bracelet winner Tony ‘Panoramic’ Dunst sitting in second place and Gilbert in fourth.

Brett ‘furofakind’ Shaffer scored the first two knockouts at the final table, busting Daniel ‘st0neydanza’ Dagostino (9th – $9,550) and ‘DLAZ14’ (8th – $12,456) to narrow the field to seven. William ‘swaggyb’ Corvino was the next to fall, with his pocket eights losing a race to the A

of Gilbert. Corvino was awarded $16,539 for his deep run, while Gilbert took a healthy lead into six-handed play.

. Gilbert three-bet all-in from the small blind holding A

and Dunst called off the remainder of his stack. Gilbert rivered an ace, making aces up to take down the pot and eliminate Dunst in fifth place ($30,448). Gilbert had more than three times as many chips as the next-largest stack after that hand.

Gilbert made quick work of short stacks Felix ‘madenspauwke’ Vandeput (4th – $42,281) and Brett ‘furofakind’ Shaffer (3rd – $59,512), who each had just a handful of big blinds heading into four-handed play. With their eliminations, Gilbert took more than a 4:1 chip lead into heads-up play with Tice. The two battled for a bit, but the Gilbert remained well ahead by the time the final hand was dealt.

Tice limped from the small blind with K

to secure the pot and the title for Gilbert. Tice earned $85,047 as the runner-up finisher. 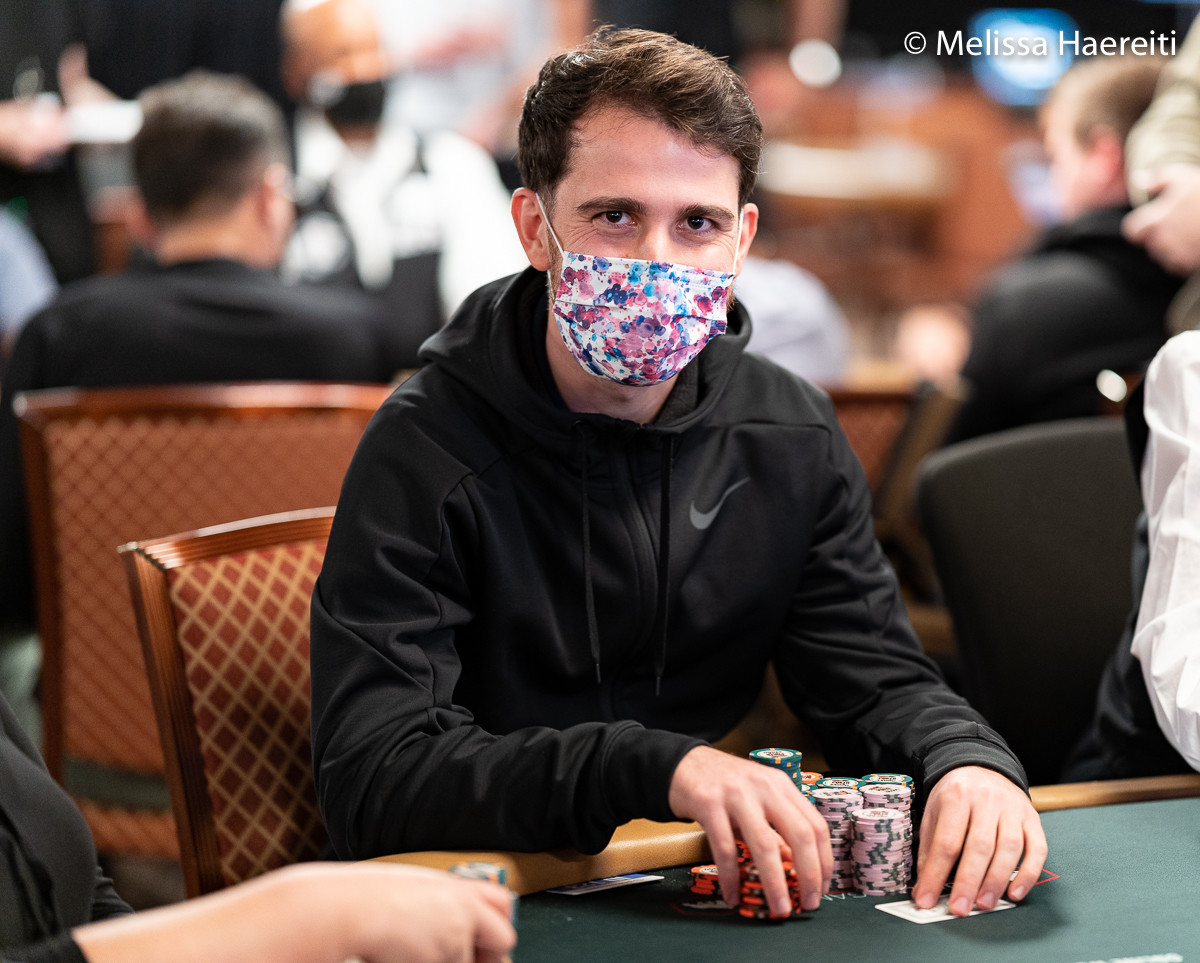 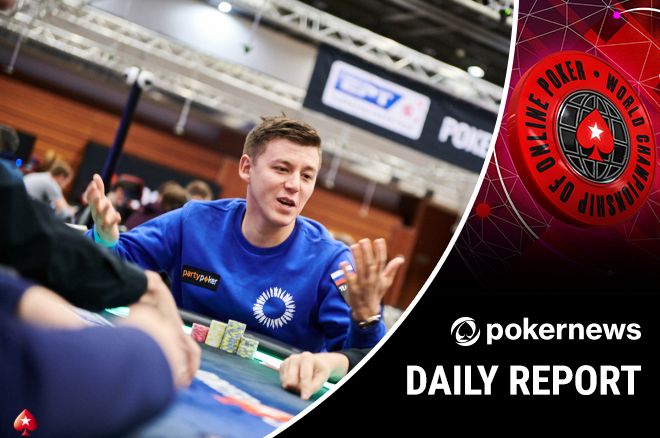 Can Filatov Bag a Second WCOOP Title of 2021?