The Sunday Million has been the flagship event at PokerStars for 15 years.

PokerStars will help you celebrate in a big way with a blowout three-day Sunday Million 15th Anniversary special on March 21 at 5 p.m. GMT (12 p.m. EST) featuring a massive $12.5 million guarantee.

The buy-in has been increased from $109 to $215 to bring it back in line with what the buy-in was for many years but don’t let that hold you back as you can read here many ways you can qualify for just some pocket change or even for free.

There is no time better than the present to take a look back at each of these life-changing events in PokerStars history.

Luke “Bdbeatslayer” Vrabel is currently well-known on Twitter where he provides entertainment to his fans while often trolling those eliminated during big events with “showers” comments.

This isn’t all that Vrabel is known for as he made history at PokerStars by shipping the Sunday Million 5th Anniversary in 2011 for $671,094 as part of a rare nine-way deal at the final table.

The event boasted a $5 million guarantee. This was blown completely out of the water with 59,128 entrants generating a massive $11,825,600 prize pool.

Two other players were guaranteed bigger cash prizes than Vrabel with third-place finisher “wrzr123” collecting $844,210 and fifth-place finisher “Syndrome1977” banking $799,843 but this doesn’t tell the true story of what happened. Although the cash prizes were already determined after the deal was agreed, the players were still competing not only for the glory of the title but also a luxurious Lamborghini Gallardo heading to the doorstep of the winner.

Vrabel went on to win the Lambo, which you will still occasionally hear about if following him on Twitter.

This also represented the only Sunday Million Anniversary event to allow players to battle from American soil with Black Friday taking place a month later which changed online poker as we know it. Americans still got back into the action in other Sunday Million Anniversary events in the future – and can do so now – but need to have a verified address in a country that is available to PokerStars to be able to do so.

Despite Black Friday temporarily reducing traffic at PokerStars in a big way, the guarantee was increased from $5 million to $6 million for the Sunday Million 6th Anniversary in 2012. Although the numbers were down year-over-year, the guarantee was easily met with 33,732 entrants generating a $6,746,400 prize pool.

Similar to the year before, another big deal was made at the final table. This time it was eight players agreeing to chop things up instead of nine. As there was no Lambo on the line this time, the deal left $120,000 to be played for to the winner.

Netherlands’ “slyfox151” was down to just five big blinds to start the final table but roared back to eventually win the event for $480,761. As was the case the previous year, two players managed to take down a bigger cash haul with the runner-up “blodders03” banking $481,725 and the third-place finisher “HesBluffingx” winning the biggest prize of $552,973.

The guarantee for the Sunday Million 7th Anniversary in 2013 was increased to a whopping $7 million. The final tally was near $10 million with 49,827 entrants getting into the action to generate a mouth-watering $9,857,400 prize pool.

Back in the early days, the Sunday Million was still a one-day event and this one was no different. Andrius “benislovas” Bielskis was crowned the champion after a marathon of more than 15 hours of play to collect $848,589 as part of a three-way deal, which included $140,000 left to play for to the winner.

Bielskis, who at the time described himself at the PokerStars Blog as a “I am a poker fan, not a professional,” is still active in the Lithuanian poker community including hosting a podcast in Lithuanian at his YouTube channel.

The guarantee was increased to $8 million by PokerStars for the Sunday Million 8th Anniversary in 2014. This was more than met despite figures being down year-on-year with 45,586 entrants creating a $9,317,200 prize pool.

Despite the lower prize pool, history was made with “DrUPSWING” become the first seven-figure winner of a Sunday Anniversary event. A deal was made for a fourth straight year, but this time it only involved two players – both waving German flags – with $160,000 to play for after the money was nearly evenly divided.

Fabio “hdjgkfkgsdl” Sperling finished second for a huge payout of $877,090 after missing a flush draw while “DrUPSWING” claimed $1,038,540 for the victory.

Meanwhile, Patrick “pads1161” Leonard also found his way to the final table but bowed out in ninth place for $110,874.

Once again, the guarantee proved to be just a placeholder and the prize pool for the second time passed the eight-figure barrier with 50,432 entrants generating a huge $10,086,400 prize pool.

There was a deal reached for the fifth straight year, this time it was between seven players and $100,000 left to play for to the winner.

Brayden “BRAYDEN93” Fritzshall was crowned the champion after he defeated “kelly_koulis” heads-up to collect $597,720. “kelly_koulis” walked away with the biggest cash prize of $725,267 as they were the chip leader at the time the deal was made.

The trend continued with the Sunday Million 10th Anniversary pumping its guarantee up to $10 million in 2016. Another trend was met when this was smashed with 55,059 entrants generating an $11,011,800 prize pool, which at the time was the largest to date for a Sunday Million Anniversary event.

A third trend survived as well as a deal was made at the final table for the sixth straight year. This time, it was four-handed with $100,000 left to play for.

Canada’s “a.urli” narrowly missed out on becoming the second seven-figure winner in a Sunday Million Anniversary event after they won the event for $970,000.

The event was another huge success in PokerStars’ history with 55,835 entrants setting a new PokerStars Sunday Million Anniversary event record of $11,167,000.

At the end of the event, it was Panama’s “Xavi666” who shipped the bacon to collect the huge $1,093,204 top prize to temporarily set the record for winning the biggest prize in a Sunday Million Anniversary event.

The Sunday Million 12th Anniversary in 2018 was one of the most value-added tournaments in online poker history. The event kept its $10 million guarantee and with a smaller field of a still large 43,975-entrant field, it added more than $1.2 million in overlay which benefitted the 7,334 players to cash in this event.

Unlike the previous year, and like all the years leading up to this event, a deal was reached at the final table in the Sunday Million 12th Anniversary.

Brunno “botteonpoker” Botteon was also at the final table but had to settle for the healthy eighth-place prize of $108,596.

The guarantee remained the same at $10 million in 2019 for the Sunday Million 13th Anniversary. This time, the guarantee proved to be no problem to beat with the tournament boasting a gargantuan field of 61,342 entries to generate a $12,268,400 prize pool. This set a new record for a Sunday Million Anniversary event at the time.

China’s “wangli0402” was the last player standing to win the event and collected a huge prize of $611,944 for slightly less than what “t4rz4n_21” collected as part of the deal.

The biggest Sunday Million Anniversary event was saved for last. Last year, in 2020, not only did the Sunday Million 14th Anniversary guarantee a whopping $12.5 million (same as this year) but also set huge records for the event with a mind-blowing field of 93,016 entrants generating a mouth-watering $18,603,200 prize pool.

Brito was already guaranteed a seven-figure payday after the deal was made and parlayed his chip lead into a victory to bring down a record-breaking haul of $1,192,802 for a Sunday Million Anniversary event.

While this is an amazing achievement for a $215 buy-in, Brito didn’t even need to spend that much as he famously qualified in for just $11 through a satellite. How about that for a Cinderella story!

Time will tell whether this year’s event can beat last year’s amazing turnout but regardless whether it does or doesn’t it promises to be a ‘can’t miss’ event with a huge $12.5 million guarantee. 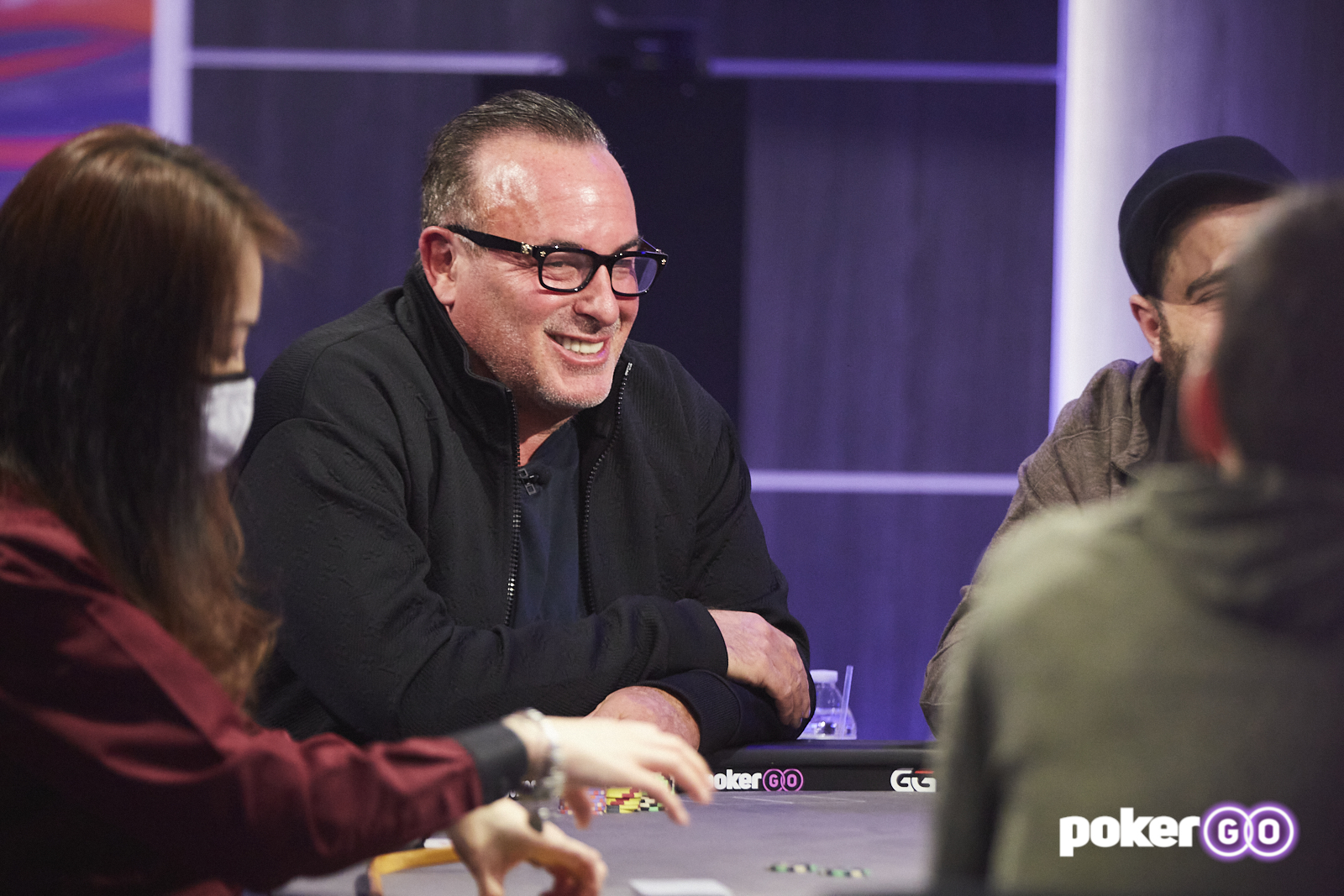 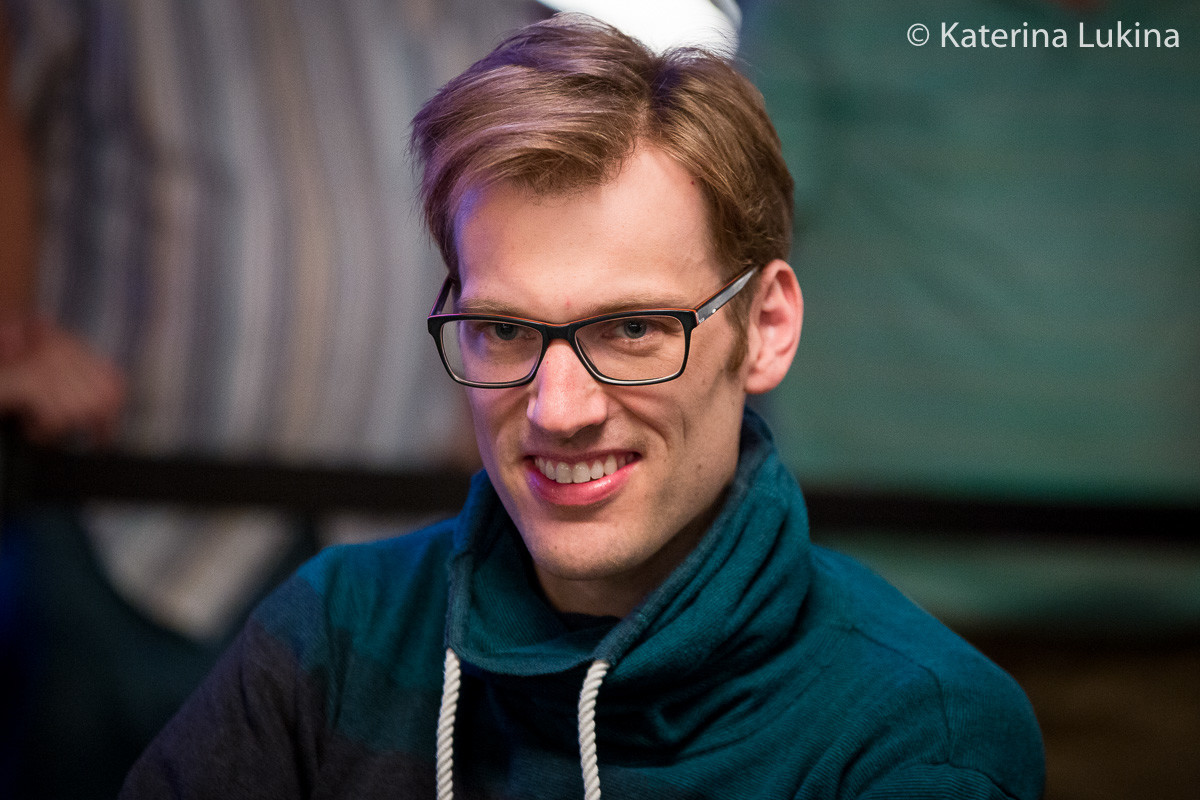