The inaugural Eagle Cup saw the light in the fall of 2017. The series was 29 days long.
Global Poker, now one of the world’s leading online free poker sites, hadn’t been up and running for more than a year and there had been a few less successful attempts to create a tournament series that players would take to.

But the Eagle Cup was different. From the very beginning it was clear that Global Poker had found a hit with this inaugural tournament series. Boasting a high frequency of mid to low buy-ins, the Eagle Cup was perfect for both site newcomers and dedicated grinders.

The Eagle Cup was also the first tournament series where Global Poker awarded trophies to event winners. The players loved the fact that their virtual wins were commemorated with real, tangible markers of their accomplishment, and the field sizes swelled as a result. Everyone was eager to get their hands on some hardware and share their win, which led to a growing community of players who now share milestones, strategies, and how to get the most out of Global Poker’s wide array of offerings.

Global Poker wanted to frame the first Global Poker tournament series around something quintessentially American and slightly non-traditional in poker iconography. And what’s more American than a bald eagle?

Since then, the site has extended the Global Poker Championships with quarterly series events adding the Grizzly Games, Rattlesnake Cup, and The GOAT to their line-up of poker festivals. Millions of Gold Coin and Sweeps Coin prizes have been won. In fact, the Eagle Cup alone has been responsible for more than GC631 million SC3.5 million awarded over the years.

“With Global Poker well into its fifth year, we are still just getting into our stride,” said General Manager David Lyons. “We have had another incredible year with the launch of new games and features, and of course the record guarantees set across all of our tournament events. I am most proud of the work we have done to further develop the legacy of the Global Poker Championship Series, and the Eagle Cup that kicks off on Oct. 25 remains a key part of that.”

Like all series on the site, Global Poker caters to both Gold Coin and Sweeps Coin players. The three-week schedule kicks off with the opening GC2 million and SC5,000 freerolls, available to anyone with a Global Poker account. No purchase necessary.

The schedule truly has something for everyone, with each event featuring three or four different buy-in points and starting times. Take event no. 3, no-limit hold’em with rebuys and add-on, for example. On the Gold Coin side, players can buy-in for GC5,500, 22,000, or 55,000, and play at four different times of the day. On the Sweeps Coin side, buy-ins are SC5.50, 22, and 55, with another four starting time options.
And that’s just one event. There are 27 total.

“We are seeing more and more players take a shot at the big prizes on offer, so we have decided to make the events even more accessible,” said Lyons. “We will be giving away more free entries than ever for all of the tournaments, and have made the main events even easier to win your way into a GC220,000 and SC99 and buy-in, but with no compromise on those juicy guarantees and trophies that our players love.”

Satellites will start running the week before the main event, and Global Poker is juicing the player field with added freerolls and free entries throughout the series.

For the first time ever, there will be an ongoing leaderboard to compete on across the Global Poker Championship Series. Finish on the leaderboard and win yourself some exclusive prizes.

Global Poker have listened to player feedback and think it would be more fair to reward the players that are the most consistent given the high frequency nature of the series.

What are you waiting for? If you haven’t already, sign up for Global Poker and start playing today.

Join the fastest-growing poker room in the world with Global Poker.

If you have been around poker players in the United States lately then you have probably heard about Global Poker. The new kid on the block as far as online poker sites go has taken the poker world by storm. After launching, Global Poker has cemented itself among the top 10 sites worldwide for player volume.

It doesn’t matter what your stake or preference is, Global Poker has something for you.

Online Gaming Sites: Enjoy free games and, before playing in real-money games, please check with your local jurisdiction regarding the legality of Internet gaming.

Global Poker is an online social poker room and is free to play, with over one million registered players. The site is dedicated to its loyal and growing community of players with a mission to bring a greater variety of games, a larger range of bigger prize pools, and more championships and tournaments. Visit GlobalPoker.com to start playing today!

Lil Nas X Now Has His Own Damn Day in Atlanta, So What Could Possibly Be Next? 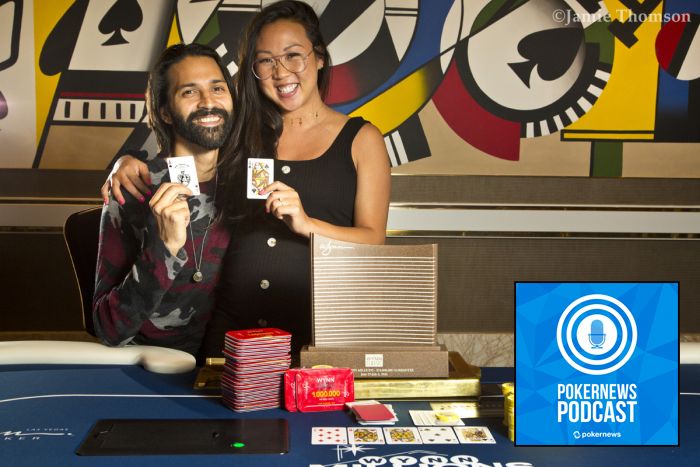