David Peters did not cash through the first six tournaments of the 12-event 2021 U.S. Poker Open series. Despite a slow first half, the reigning USPO champion has managed to surge into the lead heading into the final event of the series with four final-tables finishes and three titles won in a five-day span, with $832,950 in earnings accumulated along the way.

Peters’ incredible run began when he took down event no. 7, a $10,000 buy-in no-limit hold’em tournament, on June 9 and then finished eighth in the $10,000 pot-limit Omaha event the very next day. He did not cash in event no. 9, but emerged victorious in the $10,000 short deck event for his second title of the series. Just one day removed from that win, Peters managed to defeat a field of 69 entries to complete the hat trick by winning the $25,000 buy-in no-limit hold’em event. The 34-year-old poker pro earned $465,750 for his latest title run.

Peters now has more than $36 million in career tournament earnings to his name, which puts him in sixth place on poker’s all-time money list.

Peters earned 279 USPO rankings points for the win. He is the only player with more than one victory through the first 11 events, and his 646 points are good for a 163-point lead over second-ranked Ali Imsirovic with just one tournament remaining in the series. Whoever ends up with the most points at the conclusion of this high-roller festival will be awarded $50,000 in added prize money and the new Golden Eagle trophy.

Peters also earned 279 points towards the PokerGo Tour standings. He climbed into sixth place on that leaderboard as a result.

The victory saw Peters take home 504 Card Player Player of the Year points as well. The 2016 POY award winner has been one of the most consistent players on the tournament circuit over the past decade. He finished inside the top 50 in the year-end standings seven times from 2010-20, with five finishes of 13th or higher and three top-four showings. Peters’s trio of victories at the USPO were enough to move him into 37th place in the 2021 POY race rankings, sponsored by Global Poker.

Peters hopped directly into this $25,000 buy-in event after winning the short deck event and survived to the final table of six, sitting in fifth chip position when cards got back in the air for the second and final day of action. Frank Funaro was the short stack to start the day, and soon found himself all-in with middle pair and a low kicker against the same pair, a king kicker and a flush draw for chip leader Ivan Zufic. The flush came on the river to send Funaro to the rail in sixth place ($103,500).

Vanessa Kade overtook the chip lead during five-handed play, but lost a huge preflop flip with pocket tens against the A

of Peters to fall towards the bottom of the leaderboard. She clashed with Peters again in her final hand, raising all-in from the big blind for around 25 big blinds with A

after Peters raised from the small blind with A

. Peters made the call, flopped a pair of kings, and held from there to eliminate Kade in fifth place ($138,000). The recent 15th Anniversary Sunday Million champion backed up her $1.5 million score in that event with her second final-table finish of this series, bringing her earnings in this high-stakes festival to $232,050.

Like Kade, Jake Daniels was also at his second final table of the series. His run in this event came to an end when his A

was unable to hold up against the Q

of Peters, who flopped a pair of queens to take the lead. Daniels picked up a pair and a flush draw to have plenty of outs heading into the river, but a blank on the end sent the pot to Peters, who took more than half of the chips in play into three-handed action. Daniels earned $172,500 for his fourth-place showing.

Dan Shak was at his fourth final table of the series, with a runner-up finish in the kickoff tournament. He started out as the shortest stack among the final three, but each of the remaining players took a turn as the chip leader before the next elimination took place. Shak lost his hold of the lead when his A

failed to outrun the 10

of Peters. Shak fell to the bottom of the counts when he failed to improve, and was eliminated not too long after than when Peters shoved from the small blind with J

and Shak called with K

Peters took nearly a 4:1 chip lead into heads-up play with Zufic. The final showdown didn’t last long, though. In the first hand of the heads-up match, Peters picked up pocket tens and limped in from the button. Zufic looked down at pocket nines and raised to 475,000. Peters called and the flop came down Q

on the turn prompted Zufic to check. Peters checked back with his set and the 4

completed the board. Zufic checked Peters bet enough to put Zufic all-in. Zufic thought it over before committing his last 1,230,000. Zufic earned $345,000 for his second final-table finish of the series.

Here are the current top ten in the USPO points race: 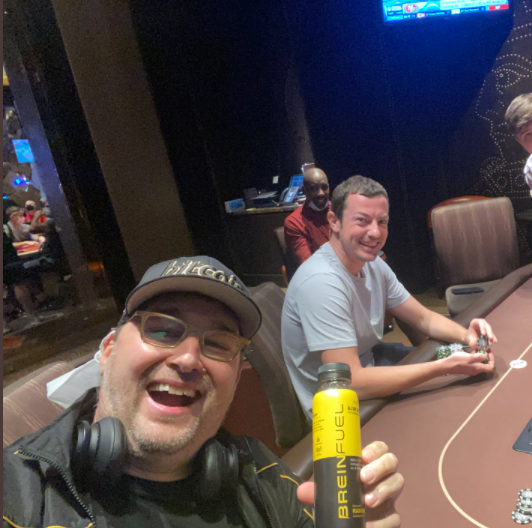 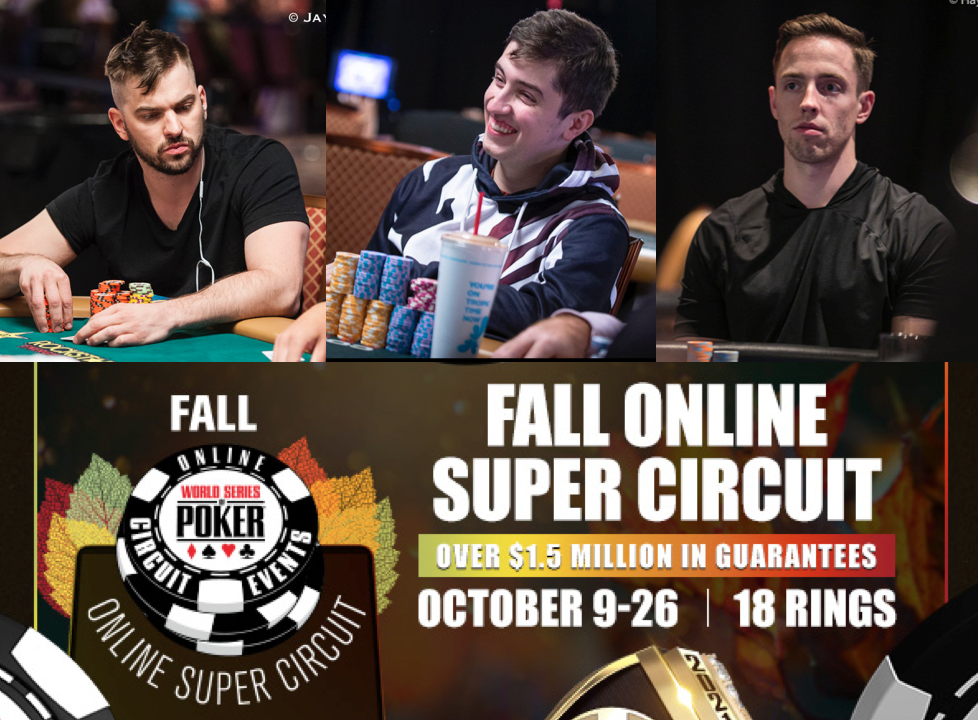 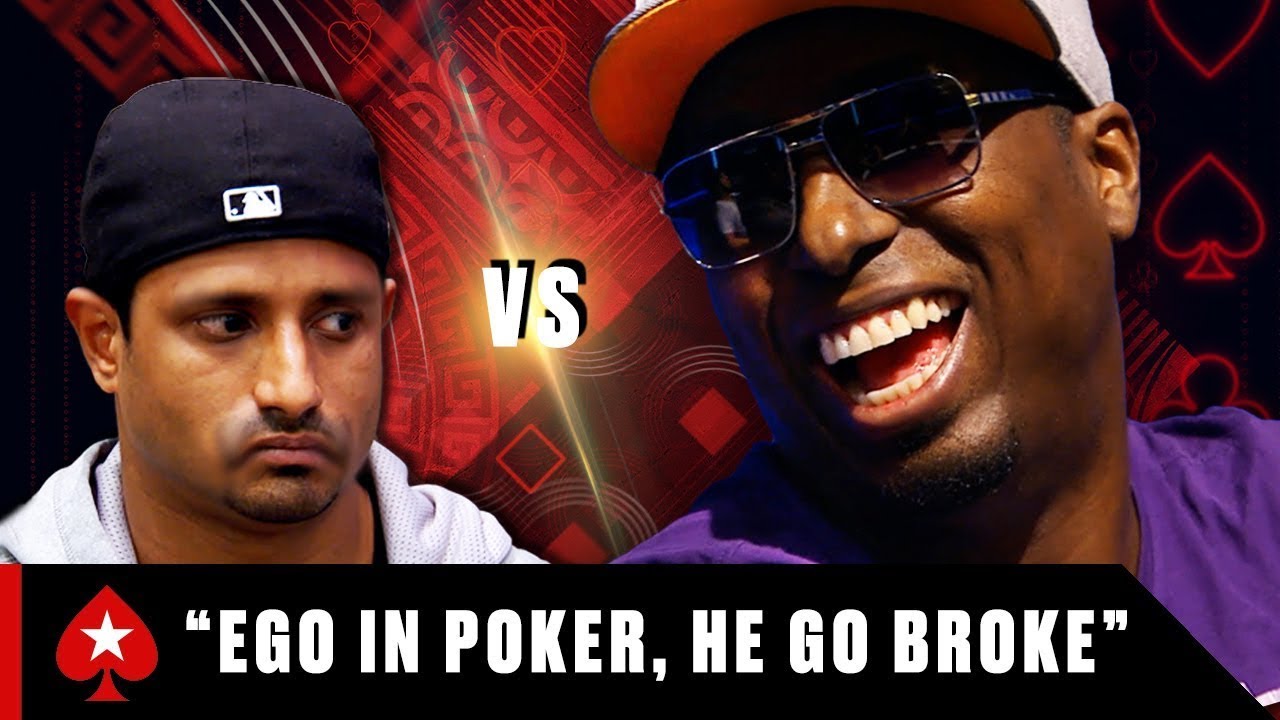 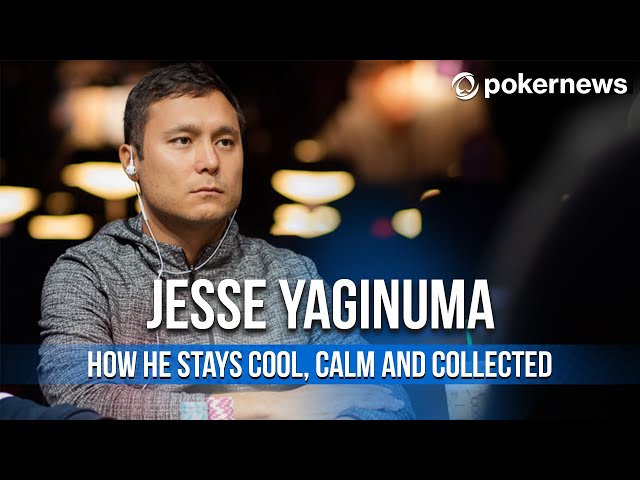 2021 WSOP: Interview With Jesse Yaginuma – How He Stays Cool, Calm & Collected At The Poker Table