The 2021 World Series of Poker is shaping up to be the year of the established professional player as a slew of pros are adding second, third, or in Phil Hellmuth’s case, a 16th career WSOP bracelet to their collection.

The $1,500 limit 2-7 triple draw event continued that trend as David “Bakes” Baker took it down for his third career WSOP title. He joins Chance Kornuth and Anthony Zinno as players who won their third career bracelet at the 2021 series. Zinno, however, won his fourth just a few days later.

Baker defeated a field of 285 entries to secure an $87,837 payday, as well as the proverbial hardware. The Las Vegas pro defeated Peter Lynn heads-up for the title and earned 456 points towards his Card Player Player of the Year standings.

“I don’t know what I was doing heads-up those last few times,” Baker told WSOP live reporters after the victory.

Despite holding a sizable lead for a good chunk of his heads-up match against Lynn, there were times where cards didn’t fall Baker’s way and he was fighting off feelings of déjà vu.

“Once you lose a couple of all ins like that you aren’t feeling great and you’re wondering what could happen,” Baker told WSOP reporters. “The last time I was heads-up, I won a massive pot and had a 3-to-1 chip lead and then he ground me all the way back. There were some visions of that. There’s just so much tension from the situation that it’s hard to keep your head screwed on.”

The 285-entry field was trimmed down to the final table on Monday night. Those six players bagged up and came back on Tuesday afternoon with Lynn as the slight chip leader and the top five players all withing a double up of the chip lead. Marc Booth entered Tuesday’s action as the short stack with just seven big bets, while Baker was fifth with 10 bets of his own.

Stacks got shallower as there were no eliminations in the first level of the day, but the second level brought the first two knockouts.

Baker won a key pot with an 8-6-4-3-2 against Mark Fraser’s 8-6-5-3-2 to leave Fraser with just a couple of big bets. Fraser was eliminated by Stephen Deutsch the very next hand.

Fraser’s elimination allowed Booth’s short stack to ladder up a payjump before hitting the rail in fifth just a couple hands later. Booth was all in before the first draw against Baker and Deutsch. There was betting after the first and second draw, creating a side pot between Deutsch and Baker, but Baker opted to check behind on the river and showdown his 8-7-4-3-2.

Deutsch mucked his hand to give Baker the side pot and Booth turned over 7-6-5-2 before sweating his river, which paired his six and he was out in fifth place. Baker on the other hand, took the pot and moved into the chip lead.

Four-handed play went on for a couple of hours without an elimination as chips, and subsequently the chip lead, were passed back and forth.

Eventually, Deutsch and high-stakes cash game player Kristijonas Andrulis clashed in a sizable pot as the two shortest stacks. Deutsch won the pot with a 10-5-4-3-2, which left Andrulis with less than a big bet. The Lithuanian was eliminated in fourth by Lynn in a three-way pot with Deutsch when Lynn’s 10-7-5-4-3 notched Adrulis’ 10-8-7-5-4.

Deutsch made a valiant effort at running up a stack and survived for nearly two hours after losing that pot and being left with just shy of three big bets, but was ultimately eliminated by Baker in third.

In a four-bet pot preflop, Baker bet after both he first and second draw with both he and Deutsch taking one card on each occasion. Deutsch committed the last of his chips before the third and final draw. He took one card and Baker stood pat. Baker showed 8-7-5-3-2 and was up against Deutsch’s 8-5-3-2. Deutsch hit a 9 on the river to send the pot to Baker and give him a big chip advantage at the outset of heads-up against Lynn.

Baker extended that lead early on after making a wheel and getting paid, but Lynn would double up once after that to keep his hopes alive.

Nearly an hour into heads-up play, however, Baker finished the job. Lynn committed the last of his chips after the first draw. Baker was pat and Lynn needed one card. After the second draw, Lynn discarded one again and Baker stood pat. 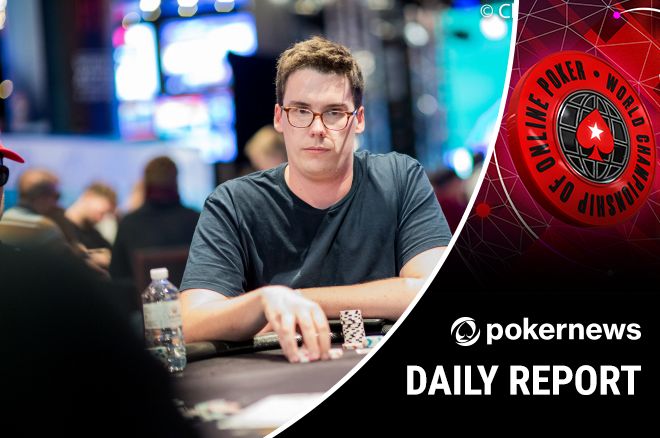 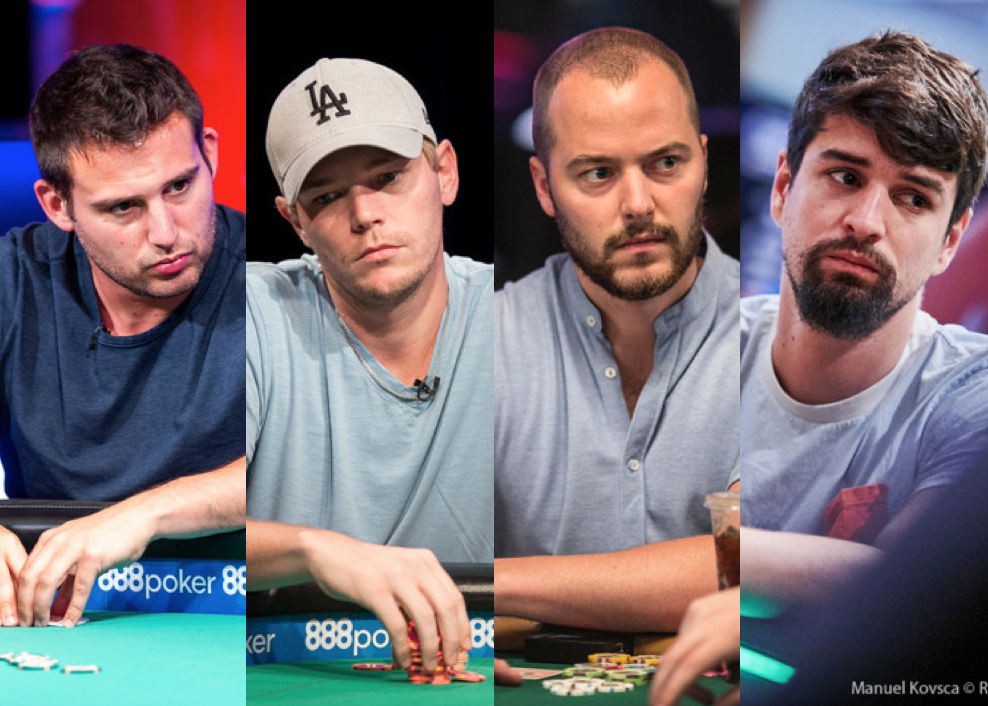 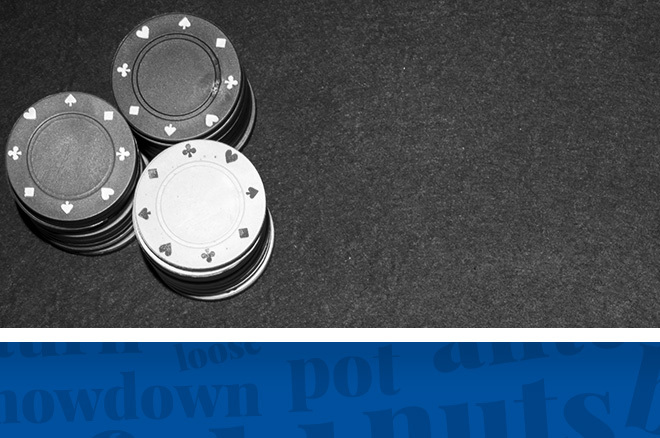 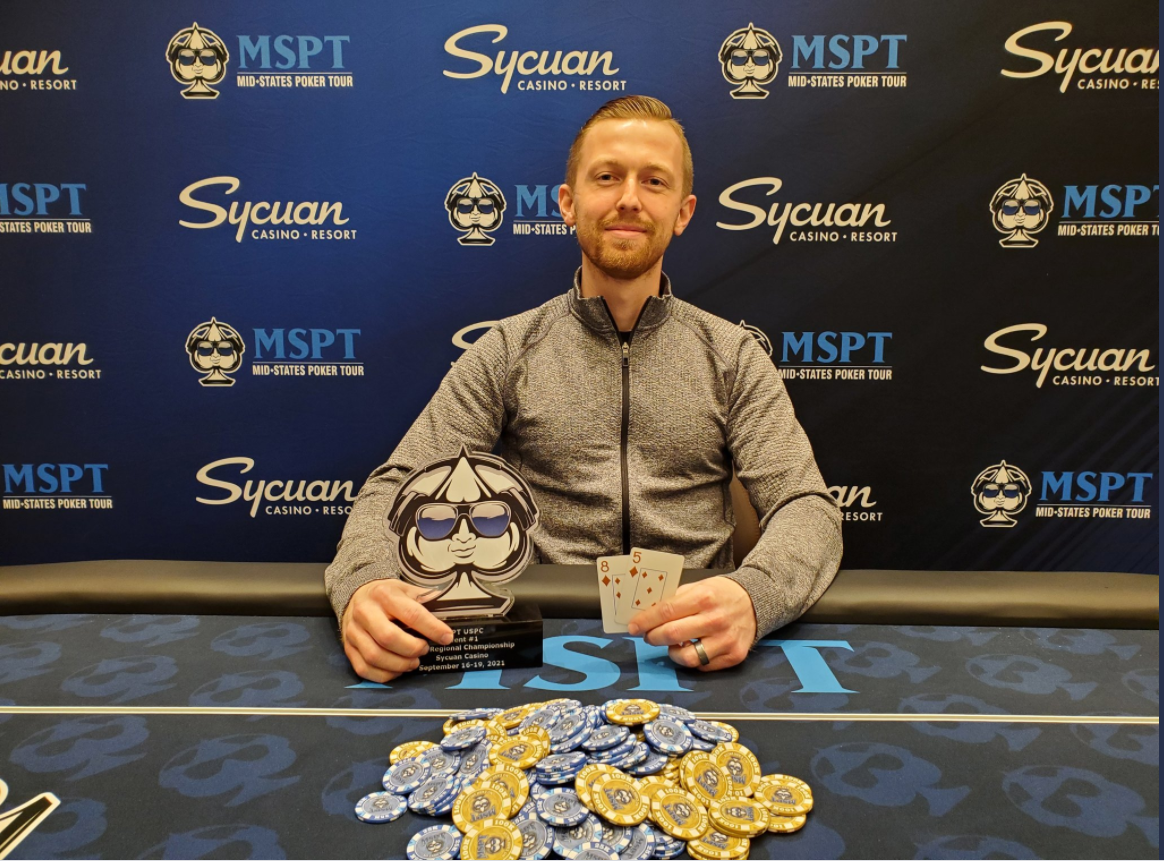 Oakland security guard, who was shot while protecting a TV crew, dies
52 mins ago