Daniel Negreanu is one of the most accomplished tournament players in poker history, with six World Series of Poker gold bracelets, two World Poker Tour titles, and the third-largest career tournament earnings total in the game. The 46-year-old Poker Hall of Fame member has more than secured his legacy as one of the game’s greatest players. With all of that in mind, the fact remains that Negreanu has been stuck in a live tournament title drought for almost eight years. Negreanu’s last title was won on Oct 24, 2013, when he took down the 2013 WSOP Europe high roller event for more than $1 million. He has cashed 144 times since that victory, adding more than $22 million to his lifetime earnings along the way, but was unable to come away with a title despite making it down to heads-up in nine events during that span.

Negreanu had to wait 2,819 days for his next live tournament title, but he finally got the monkey off his back on July 13, 2021 when he emerged victorious in the PokerGO Cup $50,000 buy-in super high roller. Negreanu overcame a stacked field of 35 entries to earn the title and the first-place prize of $700,000.

“If I look at my results since 2013, I’ve cashed for $20 to $30 million, so I’ve still been able to post wins in terms of finances, but the elusive top prize has been missing,” Negreanu told a PokerGO reporter when asked about the title drought. “I’ve been a bridesmaid so many times. Just the demons and the ghosts in your brain, like when I’m heads-up with [David Coleman] and that three hit the turn, it was just every reminder, like Buckner back in Shea Stadium. Every possible bad thing I’m thinking in my head. I can’t help it. I’m human. So just to get that win out of the way it feels like I don’t have to think about that anymore.”

In addition to the title and the money, Negreanu was also awarded 408 Card Player Player of the Year points for the long-awaited victory. This was his fourth POY-qualified final table finish of the year. With 928 points and $941,400 in year-to-date earnings, the two-time winner of the POY award (2004, 2013) now sits in 111th place in the 2021 race standings, which are sponsored by Global Poker.

Negreanu’s victory secured him 420 PokerGO Cup rankings points. This was his third cash of the series. With $766,200 in earnings and 468 points, he now sits in third place in the player of the series standings. He also earned the same amount of points towards the PokerGO Tour leaderboard, moving him into 14th place in that race.

The final day of this event began with none other than current POY-race leader Ali Imsirovic sitting atop the chip counts. This was Imsirovic’s 18th final table of the year, with the 26-year-old poker pro looking for his ninth title of 2021. Imsirovic got off to a poor start at this particular final table, though, losing a big pot with A

to David Coleman, who had flopped a full house with 8

. Imsirovic lost the rest of his stack when his pocket tens ran into the pocket aces of Negreanu. The superior pair held up and Imsirovic was sent to the rail in fifth place, earning $122,500 and 170 POY points to add to his leads in the POY race, the PokerGO Tour standings, and the PokerGO Cup.

Sergi Reixach was the next to fall. He got all-in with pocket kings up against the pocket eights of Negreanu. An eight on the turn was enough to see Negreanu earn his second knockout of the final table to see him close the gap somewhat on Coleman. Reixach earned $192,500 and 204 POY points for his ninth final-table finish of 2021. The Spanish poker pro now sits in 28th place in the standings.

. Alex Foxen called from the big blind with A

. The board ran out K

and Negreanu’s sevens and fives took down the pot. Foxen secured $280,000 for his thirteenth final-table finish of the year, including a win in the kickoff event of this series. He has cashed for more than $1.1 million already this year.

With Foxen ousted, heads-up play began with Coleman in the lead and Negreanu hot on his heels. Negreanu was able to overtake the lead and then extend his advantage to nearly a 3:1 disparity before one of the next big hands arose. All of the chips got in the middle in a coin flip, with Negreanu holding A

of Coleman. Negreanu took the lead on the flop by pairing his jack, but Coleman jumped back in front with the 3

. Negreanu improved to trips on the river, but it still lwasn’t enough to beat Coleman’s full house. Coleman retook the lead after that hand. The two battled for more than an hour after that, with Negreanu able to battle his way back in front by the time the decisive hand was dealt. Coleman shoved from the button with 5

for around 19 big blinds. Negreanu called with K

and the two were off to the races. The board came down 7

and Negreanu was able to hit a ten on the river to lock up the title. Coleman cashed for $455,000 as the runner-up. 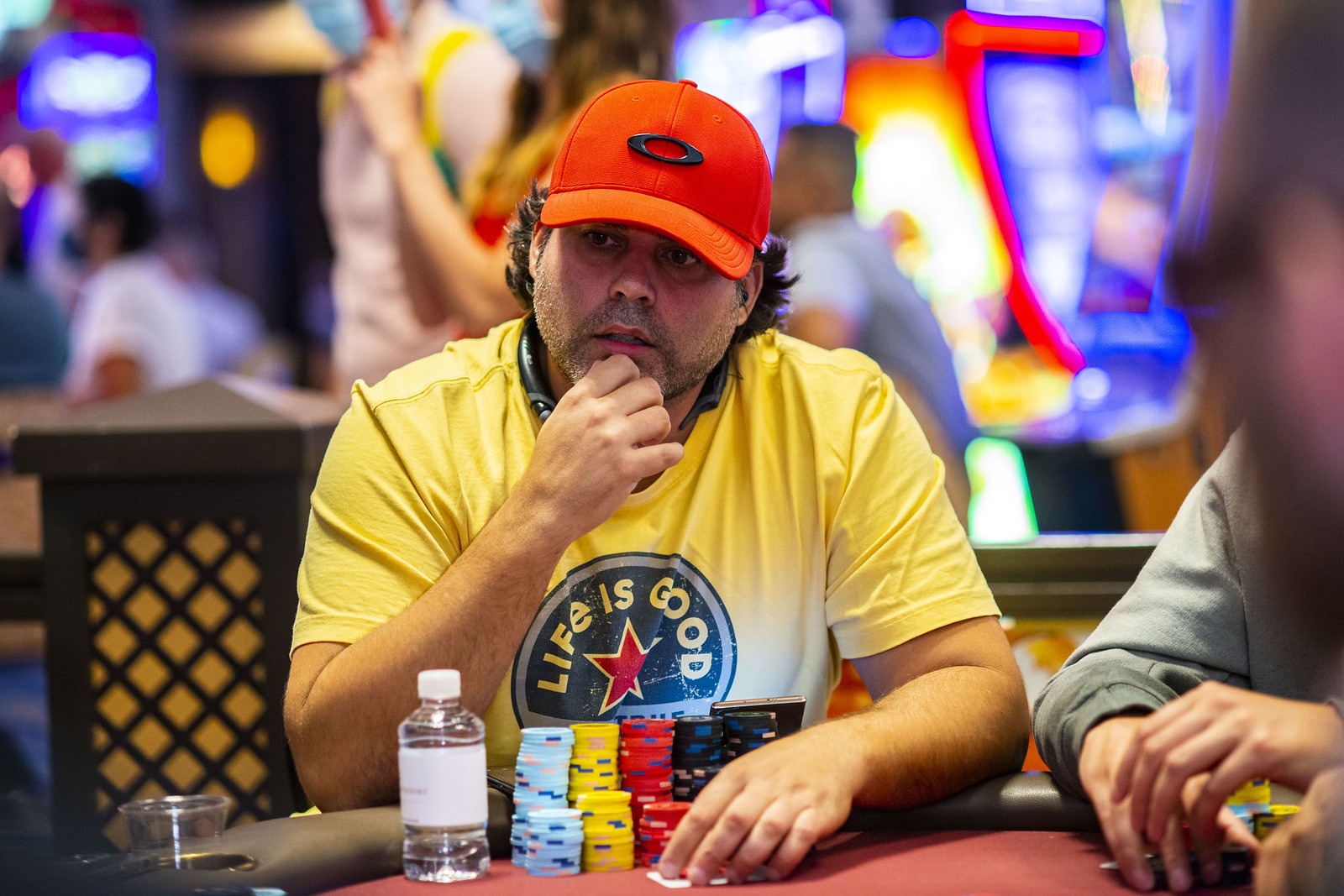 JoJo Siwa Celebrates 1-Year Anniversary Since Coming Out: “I’ve Felt More Love Than Ever”
57 mins ago