The victory inside the PokerGO Studio in Las Vegas gives Negreanu his second-largest live cash, according to The Hendon Mob, and his first SHRB ring after a runner-up finish in the 2018 SHRB for $3 million.

“I had a big crowd of friends come and I punted, because I was trying to get out with them,” Negreanu told PokerGO’s Jeff Platt in a winner’s interview. “And this year, I told people, ‘Don’t come … Let me just win this and I’ll come home and we’ll open a bottle of champaign and then we’ll go to the hockey game tomorrow. And just let me do my thing.’”

A Change in Fortune for Negreanu

Most poker fans are probably aware that the last few years haven’t been particularly kind to Negreanu. Earlier this summer, Negreanu finished the 2022 World Series of Poker down $1.1 million and failed to be a Player of the Year contender for the first time in years.

More recently, Negreanu bubbled a $50,000 Poker Masters event in seventh place when his pocket aces were cracked by the jacks of Seth Davies.

“I hate whining about bad luck,” he said after the victory. “It’s the worst. Nobody wants to hear it. My wife, when I come home she feels what it’s like. It’s so frustrating to feel like you’re playing well and the results aren’t there. And you hear the internet, ‘Daniel, Daniel, Daniel, we gotta play you’re way.’ You know what? I just did play my way and it felt really, really good.”

Despite the multi-year cold streak, Negreanu said he “felt super confident coming into this one, (playing) deep-stacked No-Limit Hold’em” and had tested out some new playing strategies at Poker Masters.

“There’s an evolution still to be had (in poker strategy),” he said. “Especially deep-stacked poker, 100 (big blinds) deep, adding that limping strategy that nobody studies for. And I knew that going into this and I’m like, ‘I don’t think they’re going to be as prepared as I am. I’ve been doing it for three decades.”

Most of the usual high-roller suspects were present including David Peters, Michael Addamo, Isaac Haxton, Stephen Chidwick and Sean Winter, who was fresh off winning the Poker Masters Championship in the same venue earlier this week.

The controversial Bryn Kenney exited early on Day 1 when he flopped a set of aces only to be outdrawn by the running quad threes of Negreanu, a brutal beat for the accused poker cheater.

Turkey’s Orpen Kisacikoglu entered the five-handed final table as the short stack and went out on the money bubble before all-time money leader Justin Bonomo, who defeated Negreanu heads-up in the event in 2018, fell in fourth place for $720,000.

Negreanu entered the final table with a big chip lead and increased it in a big hand where he turned the nut straight against the top pair of Petrangelo, who improved to trips on the river and called a sizable check-raise from the eventual champion.

After eliminating Andrew Lichtenberger in third place when his ace-six dominated the king-six of “LuckyChewy”, Negreanu entered heads-up play against Petrangelo with a big chip lead and gradually chipped away at the Massachusetts pro who had $24.6 million in Hendon Mob earnings heading into the event.

In the final hand, Negreanu moved all in holding queen-seven and Petrangelo called off his short stack with king-five. The flop gave Negreanu a pair and flush draw to have Petrangelo drawing nearly dead and he couldn’t suck out as the turn and river bricked off to settle for a second-place prize of $2 million. 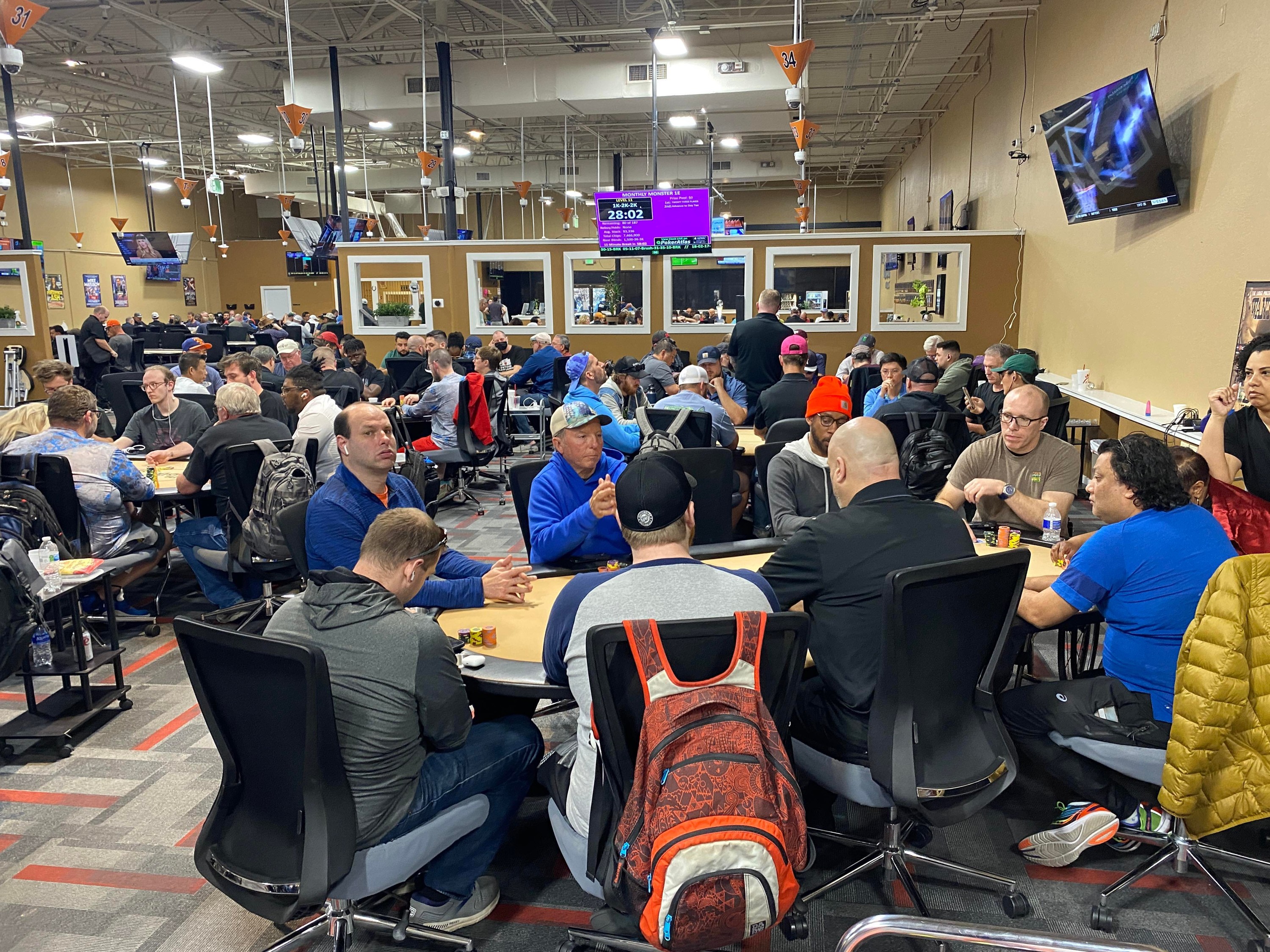 How Texas Poker Differs from Las Vegas (and Elsewhere)

Aave Price Prediction for Today, 30 November: AAVE May Experience a Bullish Reversal at $56 Level
55 mins ago