Chris Brewer was one of the breakout stars on the live tournament circuit in 2021. He came into last year with just over half of a million in recorded tournament earnings. Since then, he has cashed for nearly $4.9 million, including strong showings in a number of the toughest high-stakes events in the world. Brewer finished ninth in the 2021 Card Player Player of the Year race as a result of his impressive debut on the high roller scene and is backing up that performance with another strong showing in 2022.

Brewer secured his third title of the year by taking down the Triton Series Madrid €20,000 buy-in short deck event for €372,000 ($390,600 USD). The 29-year-old American poker pro defeated a field of 62 entries for the win, increasing his career earnings to nearly $5.4 million in the process.

This was already Brewer’s 12th final-table finish of 2022. With two other titles and more than $1.7 million in year-to-date POY earnings, he now sits in fifth place in the 2022 POY race, which is sponsored by Global Poker.

Brewer very well could have been out in sixth place, but some confusion during a hand resulted in him avoiding elimination in a spot that would have likely seen him hit the rail. With antes of 50,000 and 100,000 on the button, Brewer picked up Q

from under the gun and open-raised to 2,000,000 off of a stack of 3,100,000. It folded around to Yong, who was the last to act on the button. Yong opened up his hand to sweat whether or not he would call what he apparently interpreted as an all-in from Brewer. He revealed the A

and announced a call. The floor was brought over and the ruling was made that the hand would continue, with Brewer still having 1.1 million behind, despite Yong’s hand having been shown. The flop brought two more aces to give Yong quads and Brewer folded out of turn to bring the strange hand to an end. Brewer later took to social media to discuss the situation.

Brewer had lost the majority of his stack in the hand, but was still in, and was ultimately able to come back to win the event. He had entered the final day of this event in second chip position with 14 players remaining and only the top eight to make the money. Choon Tong Siow was eliminated in ninth place to burst the bubble. Windfred Yu followed in eighth place ($52,080 USD) to set the official final table of seven.

Tom Dwan’s run in this event came to an end when his pocket tens ran into the pocket jacks of Yong and the pocket aces of Michael Watson. Dwan was drawing dead by the turn and hit the rail in seventh place ($66,360 USD). The televised cash game favorite increased his career tournament earnings to more than $4.5 million with this score.

Yong, who had already overtaken the lead, extended his advantage during six-handed play. Despite not knocking out Brewer in the previously discussed hand, Yong still added a considerable amount to his stack as a result. He soon picked up pocket aces yet again, this time getting all of the chips in preflop against the pocket jacks of Devan Tang. The pocket aces held and Tang was knocked out in sixth place ($83,265 USD).

With that, Yong held more than half of the chips in play heading into five-handed action. Webster Lim got the last of his stack in with pocket kings, only to have Watson call with pocket aces. Lim was unable to come from behind and settled for $106,785 USD as the fifth-place finisher. The score increased his career earnings to more than $9.2 million.

Max Silver had entered the final day as the clear short stack with 14 remaining, but managed to battle his way to the final four. He got the last of his stack in with Q-J trailing the K-Q of Watson. When the board brought no held, Silver was sent home with $138,075 USD. The World Series of Poker bracelet winner now has more than $4.7 million in lifetime cashes, with this being his first in a Triton event.

Yong remained in the lead to start three-handed action, but fell down the leaderboard after doubling up a short-stacked Brewer on multiple occasions. He eventually got all-in with pocket kings facing the A-Q of Watson. The flop gave Watson trip queens, which remained best through the turn and river. The British casino owner and high-stakes cash game player was eliminated in third place, earning $182,280 USD for the largest cash of his tournament career.

Heads-up play began with Watson holding 14,900,000 to Brewer’s 3,700,000. Brewer found an early double up, then won a big pot with jacks full beating the pocket aces of Watson to overtake the lead. He extended his advantage when he turned a straight to beat a pair and straight draw for Watson.

In the final hand, brewer limped in with 9

and Watson checked with 10

to give Brewer a straight. He bet full pot, 600,000, and Watson called with his two pair. The turn brought the K

and Brewer moved all-in. Watson made the call after plenty of consideration and found himself in need of a ten or a seven. The A

on the river was no help and Watson was knocked out in second place, earning $282,555 USD. The World Poekr Tour and Eurpean Poker Tour main event champion now has more than $14.5 million in career cashes. 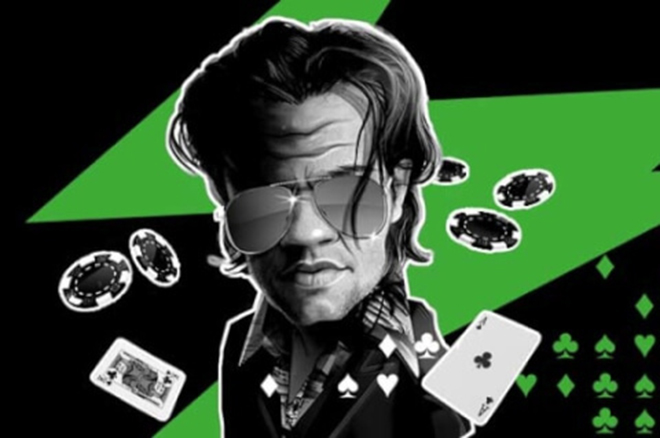 Time Is Running Out in the Unibet €40K Autumn Flop Race