The 2021 World Series of Poker $1,500 six-max no-limit hold’em event drew 1,450 entries to create a prize pool of $1,935,750. After three days of action it was Bradley Jansen who emerged victorious with the largest share of that money, earning $313,403 and his first WSOP gold bracelet for the win.

This is the largest score on Jansen’s tournament resume, topping the $96,519 he earned for a runner-up showing in a $600 buy-in event at the Venetian DeepStack Championship Poker Series earlier this year. As a result of his win in this event, the law practice owner from Wisconsin increased his career total to $622,619.

In addition to the title and the money, Jansen also earned 960 Card Player Player of the Year points for the win. With his previously mentioned final-table finish, Jansen has now accrued 1,410 points so far this year, enough to see him climb into 84th place in the 2021 POY race sponsored by Global Poker.

The final day began with eight players remaining and Jeremy Malod in the lead. Jansen scored the first two knockouts of the day, busting Jon Baylor (8th – $28,782) and Mark Liedtke (7th – $38,146) to enter the official final table in third chip position. Malod remained at the top, and added to that advantage by winning a preflop race against Jesse Yaginuma. Malod held pocket queens against the A-K of Yaginuma. The board improved neither player and Yaginuma was eliminated in sixth place ($51,305). The score increased his lifetime earnings to $2,478,438.

of Malod, who made a pair of aces by the river to take down the pot and narrow the field to four.

clashed with the A

of Ryan Pedigo. Both players improved to top pair, but Pedigo’s kicker played in the end. Hegarty earned $96,919 as the fourth-place finisher.

Despite earning that knockout, Pedigo was ultimately the next player to hit the rail. In his final hand he moved all-in with J

and a board of Q

for a flopped full house. Pedigo took home $136,070 for his third-place showing.

Heads-up play began with Malod holding more than a 5:2 chip lead over Jansen. The early going saw Jansen battle his way back into the match. Roughly an hour into the final showdown for the bracelet, Jansen managed to overtake the lead when he rivered a straight to win a big pot off of the top two pair of Malod.

In the final hand of the event Jansen limped in for 300,000 from the button and Malod shoved with K

. Jansen called with A

flop gave Malod top pair and the lead. The 8

gave Jansen an open-ended straight draw to go with his overcard. The 6

on the river filled Jansen’s straight, securing both the pot and the title for him. Malod earned $193,722 as the runner-up finisher. 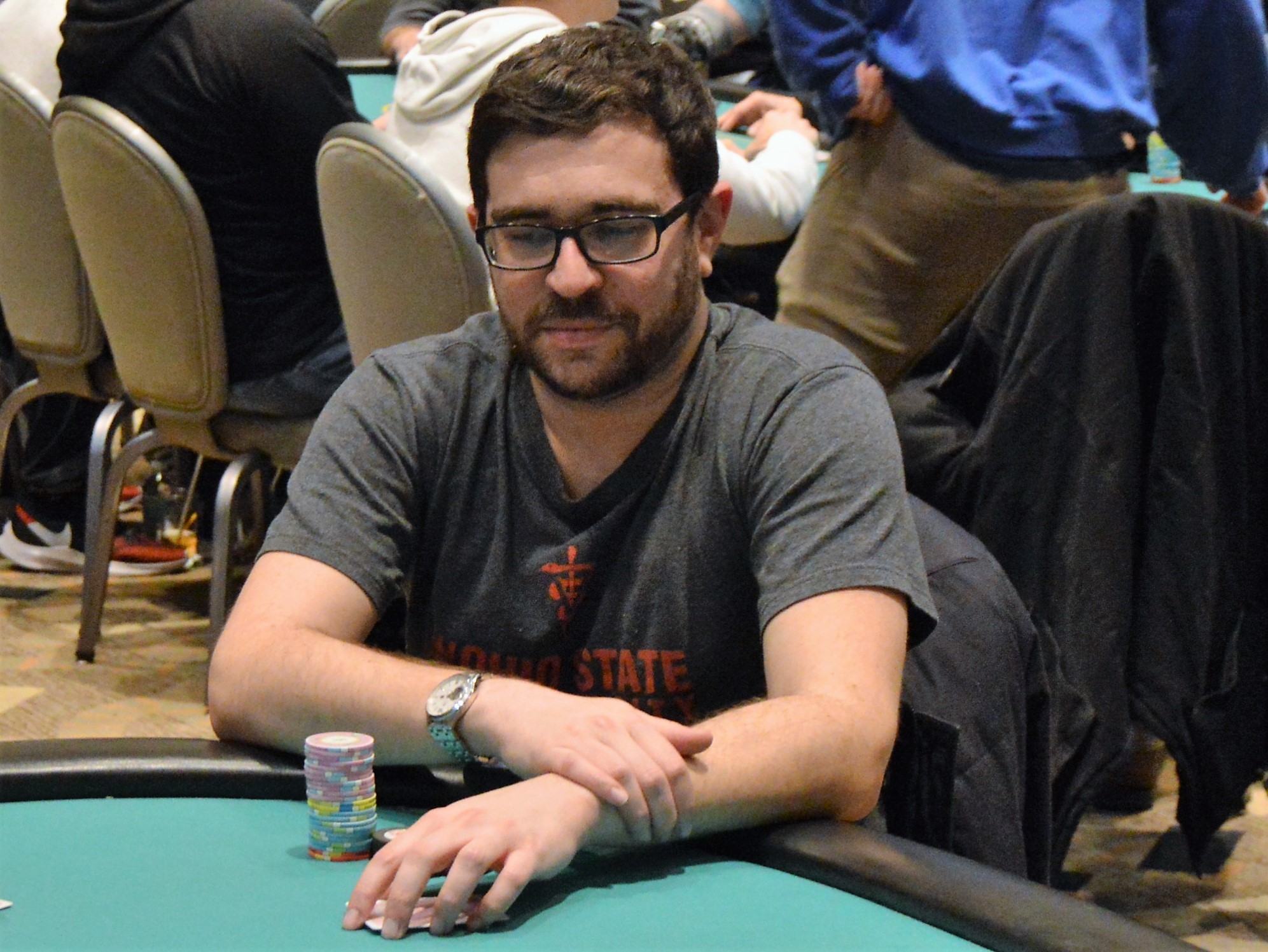