Blast tournaments at 888poker are exciting thanks to the fact they are jackpot sit & go games that make it possible to play for a prize pool worth up to $1 million for only a $1 buy-in! Now, 888poker has made Blast tournaments exhilarating by launching the daily Blast Leaderboards.

Blast tournaments are three-handed jackpot sit & go games where the prize pool is randomly determined before the first cards are dealt. Like other jackpot games of the same nature, you will mostly play for prize pools multiplied by low numbers, but you can literally hit the jackpot in the $1 buy-in, $5 buy-in, and $100 buy-in Blast tournaments and play for a share of $1 million.

The Blast Leaderboards are in-play right now and 888poker players are grinding their way towards a share of the $5,000 that is awarded daily. There are four leaderboard to chase down, each separated by the buy-in of the Blast tournaments. Compete against $1 Blast players, $5 Blast tournaments, $10 & $20 Blast games, or $50 & $100 Blasts.

Once you have opted in, fire up your chosen Blast tournament. You receive one point for finishing in second or third place, and two points for each victory. 888poker then multiplies your points by the prize pool multiplier in your Blast game.

Head to the NEW 888poker Hub

Want to stay up-to-date on all the latest 888poker news right here on PokerNews? Why not try out the new 888poker Hub!

For example, you play in a $5 Blast and the prize pool is $15, meaning the multiplier is 3x. You win the tournament for two points, which are then multiplied by three for a total of six points.

The $1-$20 Blast Leaderboards payout the top 50 points earners. To keep things fair, 888poker only counts your first ten results for the leaderboard each day.

The $50 & $100 leaderboard is slightly different in that only your first 30 games per day earn you points. Also, only the top 20 places are played because fewer players grind these higher buy-in Blast tournaments.

Now is the time to join 888poker if you’ve been on the fence about doing so. Download 888poker via PokerNews, create your free account, and 888poker gifts you a free $88 just for doing that.

This is a free £20 to residents of the United Kingdom

When you come to make your first deposit there’s a real treat for you. 888Poker matches your first deposit 100% up to a maximum of $888, which is more than double the size of the welcome offer when you sign up via the 888poker website! It certainly pays to sign up to online poker sites via PokerNews. 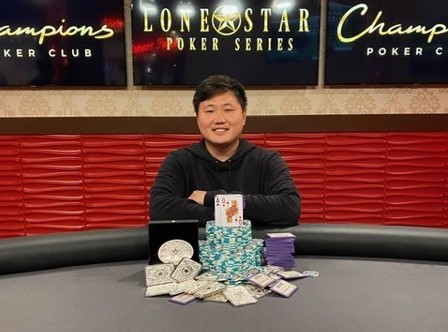