Through the first five days of the NJSCOOP, the series has completed 51 tournaments. Through those, a combined 9,589 entrants competed, and $486,318.25 in prize money awarded.

“mrblonde2020” caught fire at the final table as they made a double elimination to start the table, being the beneficiary of kings over queens over jacks and holding with the best hand; one of the victims being “einplusein”, who was a big stack in the earlier parts of the day and ended with a nice accumulated amount of bounties.

Their momentum would continue throughout the final table and would led up to an exciting conclusion. Third place finisher “wxg1989” jammed all in on the river, right into “mrblonde2020″‘s rivered flush and then after ten hands of heads up play, second-place finisher “BLACKKOWBOYZ” raised all in on the river after hitting trips, straight into a full house to end the tournament.

The tournament drew 143 unique entrants with 85 re-entries, which was enough to cover the $35K guarantee and bring the prize pool total to $42,408.

It would be the second 2021 MISCOOP final table in a row for “Upay4mySushi”, who took down Wednesday night’s Event 11-H: $2,000 NLHE [8-Max, High Roller] for $27,262.39, but it wasn’t to be as they fell short in ninth place after whiffing a flush draw for the majority of their chips against the top pair of “Buckle Up Folks”.

Knockouts came rapidly as escalating blinds forced most of the action to become all-in preflop affairs.

Art “RazorsEdge16” Millington found himself heads-up against “Buckoh555” before long, which would end up being a rather epic showdown. Both players would end up doubling through the other multiple times before “Buckoh555” was able to knock off Millington with a flopped flush versus Millington’s top pair. 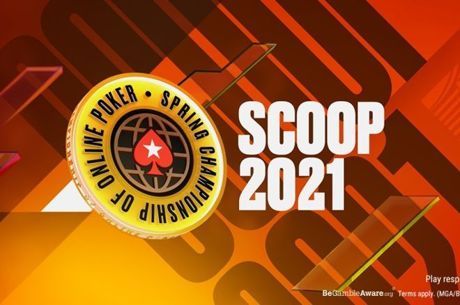