Fashion and Music – two industries that more than ever are evolving into one and there may be no one who understands that merger better than the ultra-talented stylist Izzaldin AlGhani. Known as Izzy to his friends, AlGhani first burst onto the music scene at Indiana University, where he became the first graduate anywhere in the world to receive a Bachelor of Arts in Hip-Hop music. New York was his next stop, as the music editor for Italian fashion publication Grey Magazine, and eventually developing a cult-like following for his performances at such legendary venues as CBGB, Don Hills and Joe’s Pub. As Izzy became better and better known for his creativity and style, the fashion house Celine hired him and sent him to Paris. Now back in New York, after being snapped up by Saint Laurent, Ghani just released a new album “Superhumain,” available to stream on Spotify and Apple Music. With style credits for celebrity clients ranging from Robert Plant to Nas, the Overhead Compartment was thrilled to glam it up with AlGhani and hear all about his music and style tips!

OC: As a Fashion Stylist who is also a Hip Hop artist, why have those two worlds always blended together so well?

IA: Music and fashion are always at the intersection of culture. They are a reflection of our current values and give the times in which we live an identity. I believe as an artist you tailor your sound as well as your personal style to express what makes you unique. They both can point to our evolution as artists. Each album cycle is different…as we change our sound and our style evolves and we have the ability to continue to re-invent ourselves.

OC: How does your work in fashion influence your music?

IA: Working in fashion gives you insight into the collective mood of society. Each season you see different silhouettes, fabrications, and colors that are symbolic of where we are as a society. It gives you clues as to what people value and allows us to anticipate the next shift in culture . Seeing the process of a collection go from sketches to live on the runway draws a unique parallel to the creative process of producing an album. Starting with ideas and a preproduction phase through recording and mixing to the live performance is a similar process. I’ve learned that you must be detail oriented in creation to present a work of art in the end.

OC: What’s the latest “it” fashion item in the Hip Hop scene these days?

IA: The Dior Jordan one is still the holy grail of things desired by the hip hop community. The rarity and the value alone is enough to keep the legend alive and maintain its cult status. It is actually a simple but brilliant offering truly integrating luxury and street. You are forced to assume two things upon seeing someone wearing them. A.) This person is rich as hell. B.) This person has the plug and i wonder who they know.

OC: You lived in Paris for a number of years, how is the fashion scene different in Paris?

IA: The fashion scene in Paris is much different than what we experience here in the states. What the French tend to value is silhouette, classic shapes and colors, and simple elegance. The Parisians gravitate towards more muted colors and it is not uncommon for the vestiaire to include a variety of blues and beiges. They are more conservative yet refined during the daytime, and will be more experimental at night. You see a lot of looser silhouettes and less visible skin on women. Navy blue is the equivalent to black. The younger generation seem to admire the street wear aesthetic and translate it in a French way. A 70’s revival seems to exist in some bohemian circles, and is present in many of the Parisian collections.

OC: How is the music scene different?

IA: In regards to the music scene there is an artistic spirit that lives in Paris. There is a celebration of the artist, and respect is given to the person that is steadfast in their approach. Hip-hop tends to dominate the popular music scene and it is truly a promotion of francophone artists. The influence of Africa is ever present with hybrid music that pulls inspiration from immigrant culture in France. Unfortunately I only had 4 months to explore what the live venues had to offer before they were shuttered because of the Pandemic. I’ve had the opportunity to perform in some of the more renown venues to a positive reception in spite of the language barrier. The French have historically celebrated the African American expats that have sought liberation in Paris, and I felt that type of embrace.

OC: What was the best thing about living in Paris?

IA: The best thing about living in Paris is to feel inspired by your surroundings. Artistically you feel connected to the greats that went into exile to find those moments of liberation. The state of being surrounded by beauty provides a sense of fantasy which fosters the magic in the creative process. I also believe that being ignorant of your place in society is a refreshing aspect of life in Paris. In America I understand social dynamics and you feel the shadow of oppression. In Paris I felt as if I was just another man navigating life.

OC: Top three places to visit in the world?

IA: Tokyo Japan is my favorite destination. I toured Japan two weeks and I was amazed by the culture, hospitality, and energy of the place. Croatia is another place that I found to be raw and authentic. The Adriatic Sea on the Croatian side is simply majestic. Amsterdam was another inspiring city to write and develop ideas.

OC: You’re now back in New York, navigating the fashion and music scene, what influences you the most?

IA: I found myself back in New York after two years in Paris a bit depressed at the beginning. That feeling passed and I became excited about the opportunities that exist in America. New York is a place where Hope still lives and if you have the will you can make significant strides in a short amount of time. This is one of the significant differences between Paris and New York. The pathway to success is hindered in Paris due to a strong hierarchal system which controls which narratives can be heard. To break through the bourgeois ceiling I believe is inherently tied to your command of the French language. In New York I have the ability to express all aspects of my personality in a distinguished manner which can’t be understated. I’m inspired by taking my experiences overseas and allowing that to distinguish me from a fashion and musical perspective. I’m also inspired by the motion in New York….there is no time to be complacent…so it pushes you to think faster and with a bit more precision.

OC: What is something about how cool Indianapolis is that most people don’t know?

IA: Indianapolis has in my opinion the best DJ culture you will find in America. The opportunities were so limited that it forced many of the Dj’s to master their craft and showcase a variety of talents. I can bring a DJ from Indianapolis anywhere in the world and they can definitely rock a party.

OC: What is the first thing you do when arriving at a hotel in your room?

IA: The first thing I do when I arrive in my hotel room is try to catch up on my prayers. It helps to ground me and show appreciation for my travels.

OC: Complete the following sentence: I never leave home without:

IA: I never leave home without my Andes T-liner and a razor. The difference that a shape up provides between looking dusted and presentable is significant. Unfortunately it is difficult to find barbershops overseas that can service my request so it’s necessary I have that little barber bag.

Izzaldin AlGhani, please use care upon departure as items may have shifted in The Overhead Compartment during our journey. Thanks for choosing us for your travel tips! Have a wonder day!

Stacy Steponate Greenberg brings over 15 years of travel and marketing experience to Pursuitist. With her column, The Overhead Compartment, Stacy interviews celebrities and athletes bringing an insight into their lives and travel habits. Stacy spent 11 years at Starwood Hotels and Resorts Worldwide in various capacities, serving stints as Director of Marketing for the St. Regis and Sheraton brands, and Senior Director for Starwood Residences. Prior to Starwood, Stacy worked as Manager of Marketing for Hyatt Hotels. A native of Chicago, Stacy now resides in Connecticut and New York City with her husband and two kids, who like to “rate” the various hotels on their travels with their mom. Reach Stacy via Twitter twitter.com/StacyGSG.

Meta plans to release FOUR virtual reality headsets by 2024, including one costing at least $800 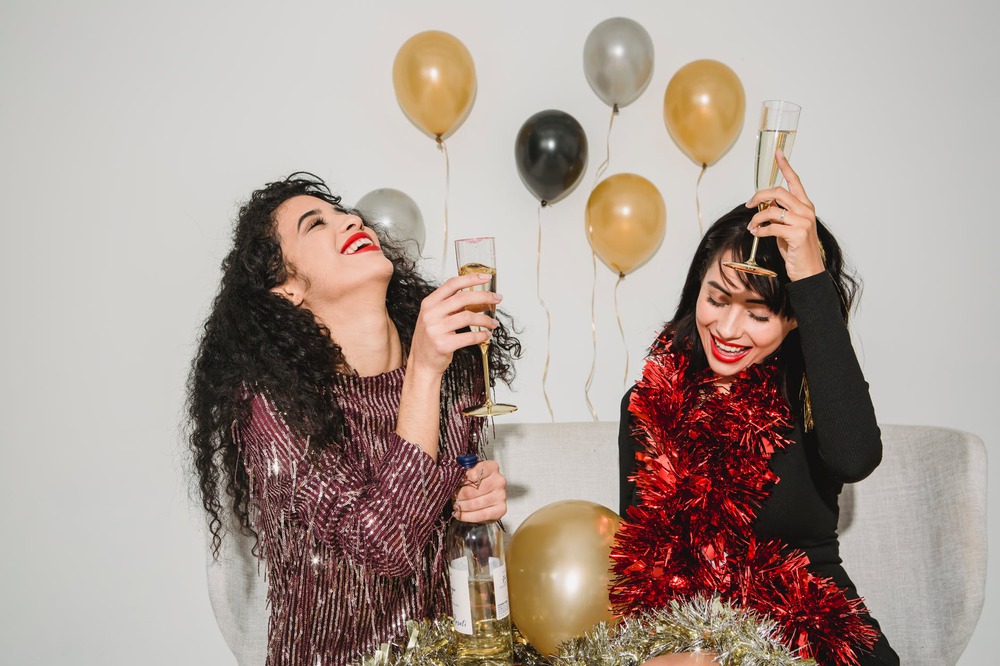 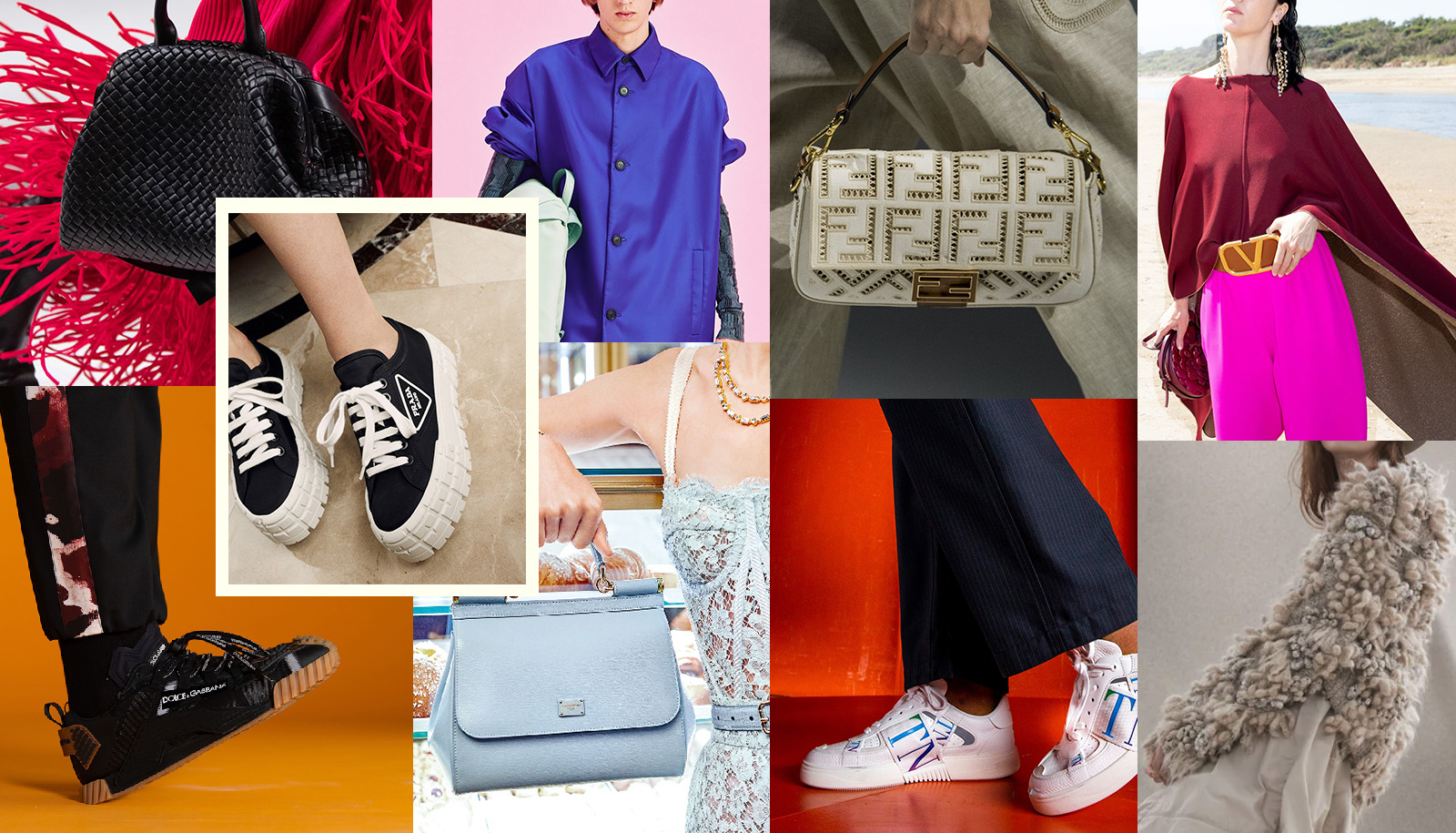 The top Italian Fashion Website? Look no further than italist in 2021

Disneyland To Reopen – Get The Details – Pursuitist