Over the past twelve months, we’ve all been forced to embrace something of a lower maintenance approach to our hair, with our favourite luxury salons spending more time closed than open in light of the ongoing Covid -19 pandemic.

Even so, that doesn’t alter the fact that the majority of us (both women and men) love nothing more than getting preened and pampered from time to time, enjoying at least a hair makeover or two throughout the year, and no doubt there will be a clamour for appointments with the most sought-after stylists when salons reopen on 12th April.

Although women are perhaps more known for enjoying their trips to the hairdresser,  men have suffered perhaps even more when it comes to having to go au naturel in recent months. After saying goodbye to those regular six to eight-week trims and tidies, men’s hair has taken on a whole new look across the nation, with ‘lockdown chic’ becoming an accidental trend we frankly can’t wait to see the back of.

While women might at this point be craving a complete style transformation, men, it seems, are more likely to simply want to get back to their tried and tested style. Psychologists have long debated the reasons for the difference between the sexes in this respect, but exactly why we tend to hold such opposite views remains to be seen.

Even so, we have one thing in common – and that’s our shared desire to always have an immaculate head of hair. We’ve no doubt all been guilty of booking ourselves in for an emergency appointment after a break-up – but why? And what is it (apart from the obvious) that keeps us coming back to our favourite salons time and again – even when our locks are still looking in pretty good nick?

Renowned hairdresser and City of London stylist Charles Worthington has an inkling.

“I think the reason we like to play with our hair so often, especially after an emotional change, is because our hair style or colour can be completely transformative,” he says.

“It’s one of the few things that we can do that will completely and utterly change our entire look, instantaneously. While other physical changes take time, effort, and commitment, our hairstyles are so wildly influential in how we see ourselves.”

According to Charles, that’s not the only reason we’re often so eager to make a change.

These, he says, are the most common motivators – and suddenly, our penchant for splashing the cash on that luxury blow-out makes a whole lot more sense.

What motivates women to see a hairdresser

For women, maintenance often feels like a complete overhaul, often requiring far more than just a simple trim. Longer styles and coloured hair require some serious routine maintenance in order to keep a style looking fresh and healthy – which means more trips to your hairdresser, and a bigger spend, too.  From toner top-ups to getting your roots done, there are few styles that don’t require a certain level of upkeep – and a weekly blow-dry is an added luxury that makes us feel a million dollars just in time for the weekend.

City of London is known for its fashionable inhabitants, and a huge element of both men’s and women’s fashion is a well-maintained head of hair – so it’s unsurprising that Charles’ salons are packed out on just about every day of the week. It’s not just about the necessary, but about nailing the latest key hair trend, too. Everyone likes to be seen as a leader as opposed to a follower, and a makeover with the latest fashion cuts and colours is certain to see them showered with compliments by everyone around them at the big reveal.

For most women, whenever life hands you lemons, you go see your hairdresser. From breakups to job changes, holidays to self-care, there is always an excuse for an upgrade, and women are far more likely than men to change their hair following a change in their lives, particularly if it’s an emotional one. With extreme colour change being the most common way that women shake up their sorrows and joys, this type of salon visit is about going all out. It’s symbolic of starting a new chapter in our lives and leaving the old well and truly behind us – and nothing says ‘fresh start’ quite like a fresh head of hair.

Women tend to change up their hairstyles more as they age, forever seeing out the ideal way to accentuate their best features and complement their changing appearance along the way. Sometimes, this is about maintaining a youthful look for as long as possible, but it is often simply about finding a style that feels age-appropriate, too.

Where men tend to change their general hairstyle only four times during adulthood, women have a tendency to swap out their look nearly every 18 months. While women might often be described as high maintenance, there is an argument for both sides, with some women feeling that their spouses make less effort as they age. Who is right is a matter of opinion, but the facts remain the facts.

Why men visit the hairdresser

Sometimes, men just need a haircut – it really is as simple as that. While it’s not as common for men to concern themselves with split-ends or the type of maintenance that requires regular clips for hair health, they tend to book in far more regularly at their chosen salon than women do – albeit for much shorter and sharper appointments that cut straight to the point. As a large proportion of men tend to gravitate towards simple, short hairstyles, they generally require a trim more regularly in order to hold on to the original shape of the cut – and while most women want to leave the hairdresser feeling flawless, men are more likely to go a little shorter than they’d like to extend the time between cuts.

Men, like women, tend to be most likely to opt for a dramatic change following an important life event – whether it’s a 40th birthday, starting a new job, or following the end (or beginning) a relationship. The physical changes that come with age are another factor, with style and colour changes often seen as necessary to mask receding hairlines or greying locks.

Even so, men seem to be far less likely to be emotionally motivated to make a change than women –usually following some dramatic, unforeseen life-change.

Fashion is actually one of the main motivators for men to change up their style: but possibly not in the way you’d think. Instead of looking towards runways and red carpets for inspiration, most men change their hairstyles to reflect people they admire – whether it’s someone they look up to at work, or a desire to emulate their favourite football player. There’s a reason so many men have clamoured to achieve the latest David Beckham over the years, and he remains one of the biggest influencers of men’s hairstyles until today.

Perhaps the main reason men choose to change their hairstyle over the years though, is age. The desire to hide grey hairs or manage thinning and balding are the top reasons men book appointments, according to Charles, and with men often suffering more in these areas than women, it stands to reason that this is more of a necessity than for their female counterparts. 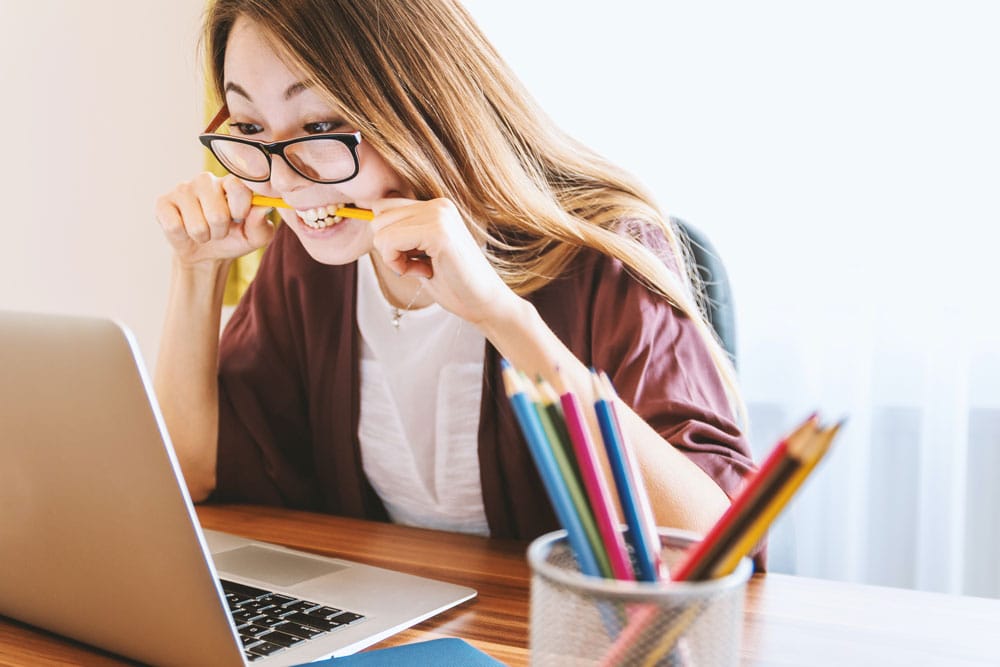 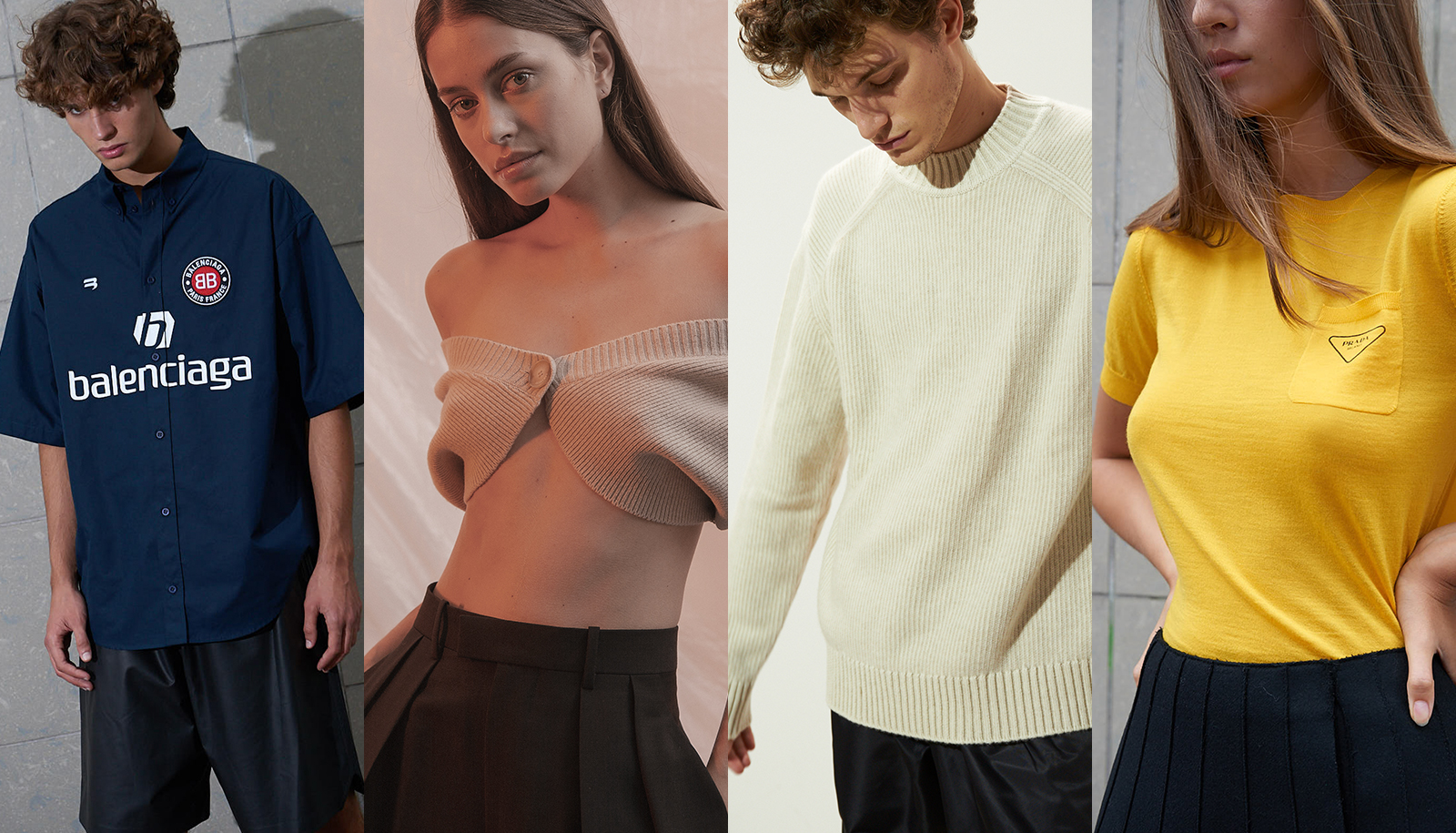 Luxury Loungewear Takes the Spotlight for Fashion on Camera