Scotland is a land known for inventions, so it came as something of a surprise to me to learn that, up to now, there’s been no such thing as a luxury Scottish perfume house.

About eight years ago, Imogen Russon Taylor, the founder and owner of Kingdom Scotland, decided to change that. The daughter of French and Scottish parents, Imogen’s ancestors imported luxury goods from France to Scotland – claret, fine leather, and luxury goods, including perfume.

Having heard about Kingdom Scotland, I wanted to know more. Luckily, since Imogen and I both live in Edinburgh, I was able to meet up with her to chat about the inspiration behind the brand and how it all started.

As Imogen explained: “I’ve always loved scent. Even as a little girl, I made perfume from petals in the garden. My grandmother was very glamorous, she was a model in the 1950s and she had a gown shop called, The Gown Shop. She would use Youth Dew, the bath oil from the 50s, then Magie Noire and Poison. But then my mum, in contrast, loved perfume but in a much more demure way, so she was more into Nina Ricci L’air du Temps.”

Though perfume was Imogen’s first love, geology was her chosen subject of study as a young woman, and as a post-graduate she travelled the world. She tells me how, at one point while mapping rock formations in South Africa she and her team were held at gunpoint when they were mistaken for diamond thieves!

A change of career and an MA in business led to a (less life-threatening) new role in marketing some of the world’s top luxury brands, including whisky brands such as Glenmorangie. This included training in the art of ‘nosing’ single malt whisky. Imogen explained: “Your sense of smell, I think it’s your sense of self because it’s defined by your whole life experience; what terroir you’ve been brought up in, what you’ve eaten, what crops are growing, and then it goes into the different layers of memory of smells and experiences.”

Fast-forward a few years and all of these, apparently unrelated, passions merged into the idea of a perfume house; one that spoke of Scotland’s landscape, geology and flora. I asked Imogen what she wanted from a new perfume house, she said: “I suppose I wanted to be proud of it, so it was true. I didn’t want to rush it”. This led to several years of research into Scotland’s perfume history. Imogen added: “I went through the National Record, the National Archives, the National Library. We were looking for stories about perfume and perhaps a brand, ingredients, rituals, the way people perhaps used scent.”

However, years of research led Imogen to the surprising discovery that Scotland had never made its own perfumes, at least, not high-end or luxurious ones. Imogen explained: “In some ways I was disappointed because I thought I might be able to bring something back to life, but then I thought ‘well actually, this is the opportunity. I can start as I thought perhaps a brand should have been, if it were there, but do it now’.”

The first perfume to launch from Kingdom Scotland was Portal. Imogen sprays a little Portal onto my wrist and I’m immediately transported in imagination to a sunlit, green forest; soft woods and vetiver, delicate florals, a hint of cool moss – I’m soothed and uplifted all at once.

Described as ‘a gateway to the ancient Caledonian forests of Scotland,’ it is invitingly fresh and outdoorsy. An escape to a sylvan wonderland, Portal is more than an homage to Scotland’s flora, it is elegant, expensive, and boasts a complex balanced blend of notes.

Where Portal speaks of soft green forests in spring, Kingdom Scotland’s Metamorphic is all about winter for me; warm, tingly, subtly sweet and sensual, it reminds me of the scent of wood smoke and fine malt whisky.

Imogen describes the inspiration: “It’s imagining heat and pressure, smouldering minerals and earth. It also has tobacco and leather, there’s a lot going on in this, it’s very rich and spicy as well, to represent that heat. A lot of metamorphic rock is on the west coast of Scotland, so I thought, ‘I’ve got to have an eye on the malt’ because a lot of its ingredients – smouldering, tobacco, peat, earth are in Islay malt whisky, and I love Islay malt.”

Imogen generously gifted me a sample, so on a recent romantic getaway with my partner to a country hotel in the heart of the Scottish Highlands, I wore Metamorphic in the evenings. Its warmth and tingle were just perfect by an open log fire, while October storms raged outside the hotel.

Albaura, a later release by Kingdom Scotland, speaks of an entirely different winteriness – elegant, cool, with the sense of soft green powder, it’s inspired by a figure few people know of outside the field of botany; Isobel Wylie Hutchison. Isobel was a pioneering botanist who travelled the world alone at a time when most women were discouraged to leave the house. Hutchison never married and her adventures included travel and explorations of rare flora in the Arctic and Iceland. Albaura is Imogen’s homage to this courageous and fascinating woman.

As Edinburgh’s Royal Botanic Gardens (RBGE) were displaying an exhibition about Hutchison, they asked Kingdom Scotland to display the scent too. Imogen explained that she was looking through photographs with their archivists, “I said ‘tell me about the botanists, show me some of their life stories’. We were looking at Balfour, Sybil, George Forest lots of different characters, and then a lady called Isobel Wylie Hutchison jumped up at me, in what was a sea of men, so I said ‘Tell me about her!’.”

On sniffing Albaura, I detect iris, a note I love as it reminds me of Chanel 19. Imogen agreed: “Iris, and a herbaceous, herby iced juniper, there’s a gin accord within that, which works because it makes you think of iced botanicals, it gets more sophisticated as it develops – there’s a reveal to it, and quite a sophisticated heart.”

The collaboration with The Botanic Gardens led to Imogen’s latest perfume release, Botanica. The garden’s directors invited Imogen to create a perfume to celebrate 350 years of the RBGE. Two years in the making, Botanica is perhaps the most complex, and certainly the most intensely floral of the Kingdom Scotland series. Inspired by exotic and warmer flora from around the world, it’s heady, warm and sensual. I’m reminded of the heart of a classic Guerlain (though Botanica also feels very contemporary) a touch of apricot patisserie – subtly sweet and spicy. Imogen explained: “Plum blossom is a massive part of its opening. There’s a fruitiness to it.”

It is delicious, a scent that will appeal to women of all ages. “Smoky, woody perfumes have been so in vogue for such a while, but floral perfumes are enjoying something of a renaissance,” Imogen added.

In these current times of course, Botanica’s launch had to be online and, along with the rest of us, Imogen looks forward to a future where we can all meet, mingle and celebrate all the good things in life together. In the meantime, though, I thoroughly enjoyed our riverside meeting in Edinburgh. As we leave the banks of the Water of Leith, Imogen spots an elderberry bush sporting juicy purple berries – we both pluck a few sprigs; “maybe I’ll make a jam,” she laughs. Or maybe the scent of elderberry will feature in Imogen’s next perfume; everything is inspiration, after all.

To learn more about Kingdom Scotland, or buy perfumes, visit: 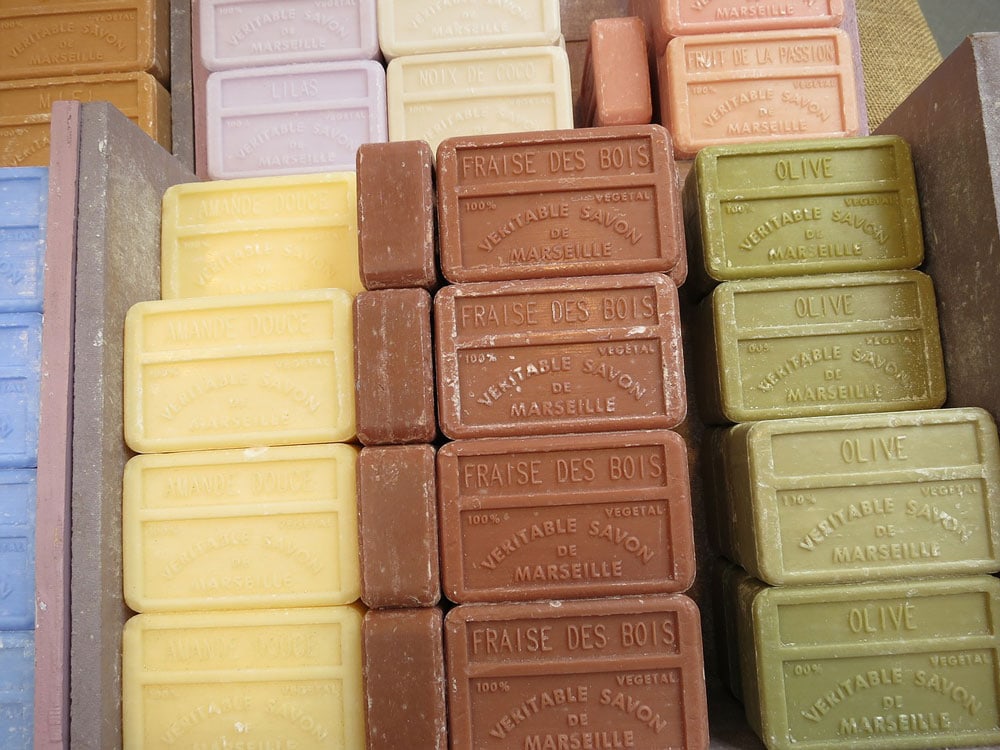 Why Should We Stop Using Shower Gels And Replace Them With Natural Soap Bars? | Luxury Activist