South Beach Miami was the venue for Pursuitist’s introduction to the first SUV in the Aston Martin lineup, the DBX. With sensuous Aston Martin styling, and power courtesy of an AMG sourced 542 horsepower V8, heads turned on Ocean Drive. If fact, the SUV drew so many eyes during a jaunt from South Beach to exclusive waterfront property in Palm Beach, Florida, I was wary  of the “Moth to a Flame” scenario as many drivers on Interstate 95 were magnetically drawn to the stunning good looks the DBX possesses.

But evading the masses on I-95 was a simple exercise in the DBX, as I simply lit both turbochargers in the 4.0-liter V8, and let 542 horses loose to leave dreamers in my wake. But in Palm Beach proper, the DBX felt right at home with the legions of Bentleys, Benz-G-Wagens, Range Rovers, Rolls-Royces and Lamborghini Urus’.

So, with such exclusive competition, Aston Martin had to “bring it” when the DBX debuted as a 2021 model. According to Aston Martin, the DBX signals a new era in their quest to deliver exceptional performance, style and usability in the SUV segment. Aston Martin Lagonda President & Group CEO, Dr. Andy Palmer said: “I can’t emphasize enough how incredibly exciting and significant DBX is for Aston Martin. Through its development alone, this beautiful SUV has already taken the company into new territories and in inspiring directions.”

Back on Ocean Drive, the DBX was also right at home, as the “exotic car parade” included Bugattis, Ferraris, Lambos of every color, other Aston Martins, McLarens and more exotic rides. On the SUV front, the DBX drew far more attention on South Beach, as it’s the newest high-end kid on the block. Well, at least it was, given the news of the release of ultra-high performance DBX707.

The DBX is a fun Sport-Ute, and the twin-turbo V8 moves DBX with alacrity. The problem with the DBX is 542 horsepower is just not enough to compete for the “Crown” of being the world’s most powerful Sport Utility. Given the British roots of the 106-year-old Aston Martin marque, do understand that wearing a crown is part of the heritage and history of Great Britain.

So, two months after driving the DBX in Florida, off to idyllic Sardinia, Italy we went in pursuit of the crown, and we found it in the form of the 2022 Aston Martin DBX707, dubbed “The World’s Most Powerful Luxury SUV” by Aston Martin. With 707 PS – “Pfersestarke”- metric horsepower, or 697-horsepower for the U.S market (900 Nm/663 lb-ft of torque), it now officially wears the crown. The word “Luxury” is in italics, as there are more powerful Sport-Ute offerings from Tesla, Dodge and Jeep in the lower rungs of the SUV ladder. The Tesla model, for example, is considered “near luxury,” while the DBX is luxury.

The more muscular 707 is still powered by the AMG sourced 4.0-liter twin-turbo V8, with larger turbochargers, enhanced engine breathing, a less-restrictive exhaust, and a new wet-clutch nine speed automatic transmission. Zero-to-60 comes up in a blistering 3.1 seconds and top speed is 193 mph. Massive 16.5” carbon ceramic front rotors with six-piston calipers and 15.4” rear rotors are impressively effective at hauling you down from triple digit speeds.

Sardinia was the perfect playground for the DBX707. Sardinia ecosystems include mountains and hills (13.6% of the island is mountainous – 67.9% hilly), woods, plains, large stretches of uninhabited land, streams, rocky coasts and long, sandy beaches. This is one of the most beautiful places I’ve visited, and I’ve been to 78 countries. Life is peaceful and easy going in Sardinia, where the life expectancy is long. Sardinia shares with Okinawa the highest rate of centenarians and supercentenarians in the world.

You can only imagine the stares and general admiration seeing a cadre of high-performance Sport-Utes devouring the excellent main roadway system there. Now locals weren’t the only ones with eyes on our powerful entourage of a dozen 707’s, as the local “Polizia Stradale” kept our speeds honest through laser and radar enforcement. But even though we had to behave (mostly!) the DBX707’s full-time All-Wheel Drive (AWD) and thrust on demand made driving throughout the elevations very easy, very well controlled and downright fun. The DBX707 rolls on standard 22” wheels and tires with 23” alloys optional. The 707 is suspended via adaptive triple-chamber air springs and dampers, coupled to the “eARC,” a sophisticated 48-volt electric anti-roll system. The AWD system features an active central differential and an electronic rear limited-slip differential (eDiff). Torque distribution front-to-rear is handled by a “single piece” carbon-fiber propshaft, and is fully automatic, with the ability to send up to 100% of the torque to the rear axle on demand. Aston Martin engineers successfully calibrated the eDiff, as the DBX707 has the cornering agility and dynamic character of an Aston Martin sports car, fully integrating chassis and powertrain technology to find the optimum combination of traction and agility at all times.

The rear-end treatment adds a lip spoiler to the roof wing to reduce lift and increase high speed stability, with an enlarged twin rear diffuser encasing the large diameter quad exhaust system. Finished in satin black to compliment the gloss black treatment of the diffuser, the free-flowing exhaust system has been tuned to deliver a unique sound signature.

Commenting on the overall design ethos, Aston Martin’s Chief Creative Officer, Marek Reichman, said: “The key to DBX707’s design DNA is capturing the confidence that comes from its dynamic supremacy. When you are the alpha SUV you don’t have to try too hard, therefore, we concentrated on those areas of the design that would make the DBX707 instantly recognizable as the highest performing model. Naturally, function is the driver for some of the changes – most notably the larger grille aperture, rear spoiler and optional 23” wheels – but elsewhere – such as the side sills and rear bumper – we expressed the DBX707’s immense performance in ways that create a more aggressive stance and greater muscularity. The result is a design that exudes potency while retaining our commitment to pure lines and perfect proportions. DBX707 is a true performance beast, yet retains the beauty and elegance you expect from Aston Martin’s DNA.”

The luxe handcrafted interior of the DBX707 has been designed to provide equal space and comfort whether sitting in the front or rear rows of this five-seater. Aston Martin’s claim of class-leading headroom, legroom and overall interior room is legit, as I am 6’9” tall and weigh 275 pounds. I was super comfortable over our multi-hour drive across Sardinia. The full-length glass panoramic roof adds even more headroom, and the roof and frameless door glass combine to offer a bright and spacious cabin.

Inside, there are thoughtful touches throughout, including a bridged center console with flexible storage below. This feature keeps valuables close to hand, frees up the front passenger seat where handbags often reside, and keeps those expensive handbags away from dirt on the car’s floor mats.

The seats are trimmed in sumptuous, full grain leather, sourced from long term Aston-Martin partner Bridge of Weir. Throughout the cabin, the DBX707 maintains a harmonious melding of the Bridge of Weir leather, as well as metal, carbon-fiber, and high-quality polymers. DBX707 owners can choose from  three interior environments: standard issue “Accelerate,” which features a mix of leather and Alcantara, as well as the optional Inspire – “Comfort” and “Inspire Sport,” which feature full Semi-Aniline leather complete with embroidered Aston Martin wings on the headrest, a contrast stripe down the center of the seat and perforation pattern in the seat back and base cushion. A 12.3” Thin Film Transistor (TFT) screen provides requisite speed, performance, navigation, entertainment info and other pertinent information to the driver. A 10.25” TFT screen sits flush in the center console. Apple CarPlay comes as standard (Android Auto not yet available), as does a 360-degree camera system and ambient lighting that offers 64 different colors in two zones.

Part of the membership in the High-End Luxury Club always entails a large measure of bespoke capability for owners. With that, the “Q by Aston Martin,” bespoke program offers an array of options to outfit your DBX or DBX707 to reflect your personality. The Aston Martin DBX is a legitimate contender in the luxury Sport-Ute segment, as Aston Martin has the hot-selling Lamborghini Urus square in its sights. Where the Urus is wild in styling and performance, with an “in your face” demeanor; the DBX707 is a proper Brit — refined, well dressed and in the know. This is a superb Luxury Sport Ute, and is certainly worthy of the Crown, and worthy of consideration by Pursuitist adherents. 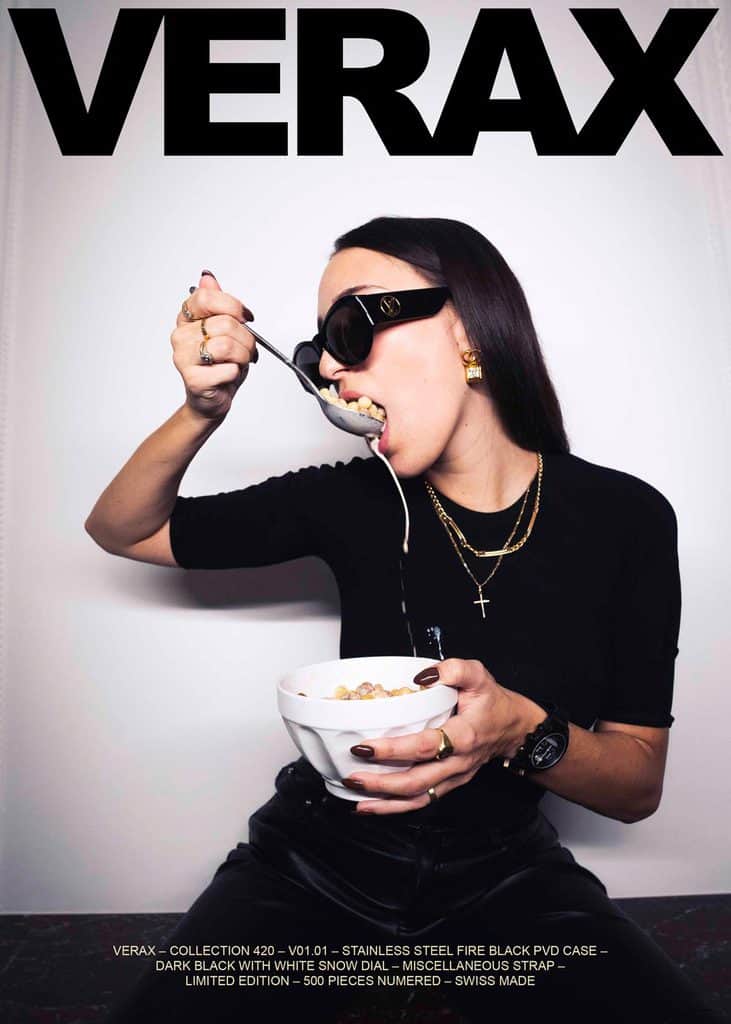 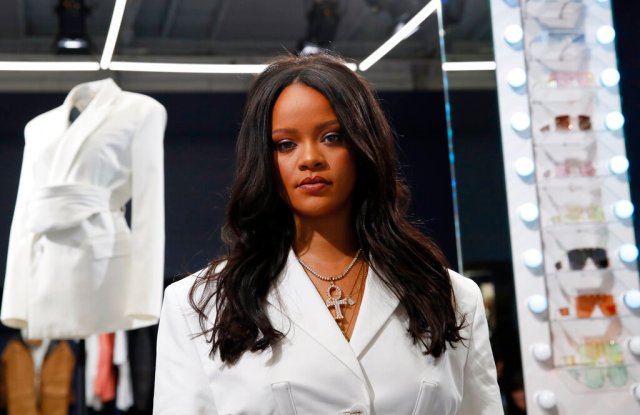 Mom is perp-walked in handcuffs after cops charge her with murdering her daughter, 9
27 mins ago