The latest in a high-stakes streak

Last week, high stakes poker prodigy Michael Addamo won his fourth World Series of Poker bracelet, capping off a phenomenal year that is the envy of his rivals in the upper echelons of the game. Sixty-four players showed up for Event #87: $100,000 High Roller No-Limit Hold’em, but when the dust settled, the last man standing was the Australian phenom, just as it was a month earlier when he took down the WSOP $50,000 High Roller. These results bagged him $1.96m and $1.13m, respectively.

his current live earnings tally for 2021 now stands at a whopping $9.5m

Indeed, Addamo has been quite the force on the nosebleed circuit in 2021, winning five tournaments with a $50,000 buy-in or more. In fact, this hot streak has put him on the cusp of an extraordinary eight-figure year, as his current live earnings tally for 2021 now stands at a whopping $9.5m.

Streaks, good and bad, are commonplace in poker, a game in which variance plays a large part in the short term. These are accentuated on the High Roller Circuit where you essentially have the same 50 regulars battling it out in fields of 40-100 players all year round. It is perhaps no surprise, then, that Addamo is just the latest in a long line of poker crushers who compiled a run of breath-taking results over the past decade.

Arguably the first notable player to compile such a run of results was Dan Smith. Having won the Aussie millions Super High Roller for over $1m in January 2012, he enjoyed a purple patch for a year that included back-to-back-to-back wins literally days apart at EPT Monte Carlo, the Super High Roller title at EPT Barcelona, and another win at EPT Prague.

Next up was Dan Colman, who seemingly took the golden baton from Smith. In April 2014, he took down the EPT Monte Carlo Super High Roller for $2.13m, beginning a streak the likes of which we thought we would never see again.

the reticent crusher would win the $1m buy-in Big One for One Drop for $15.31m

I was one of the best players and I ran very good. That’s the whole story.”

Throughout this period, despite the extraordinary nature of the streak, the straight-shooting, matter-of-fact Holz never bought into the hype, saying: “I was one of the best players and I ran very good. That’s the whole story.”

He already had 41 six-figure cashes and two seven-figure results on his impressive 13-year live resume, but 2018 was the year that Justin Bonomo caught fire. In January, he got second in the PCA Super High Roller for $1.1m. Ten days later, he took down the Lucky Hearts Poker Open for $557,000. These results were merely an amuse-bouche, however, for what was to come.

Kenney called his shot in the biggest poker tournament in history

In August, positively brimming with confidence and bravado, Kenney called his shot in the biggest poker tournament in history – the £1m ($1.33m) buy-in Triton Helping Hand in London. Versus a unique field of the game’s elite and wealthy business people, he got to heads-up with a big chip lead. After a bit of business that secured him the lion’s share of the prize pool – a record $20.5m – he eventually finished in second place.

Undoubtedly 2021 has been the year of Addamo, but his emergence in the game has been gradual. His first recorded live cash was in August 2012 when he scraped into the money, finishing 8th for $99 in the $1,000 guaranteed, $15 re-buy tournament at his local cardroom in Melbourne’s Crown Casino. In fact, seven of Addamo’s first eight live cashes were in tournaments with a buy-in of less than $200. It was an inauspicious start.

In January 2015, Addamo recorded his first live five-figure result when he came in 21st in the Aussie Millions Main Event for $40,000. In June 2016, he banked his first six-figure result at the WSOP when he came 3rd in a $1,500 event for $196,202. His reputation was growing, but he was still some way off the beast we see putting the fear of god in his opponents today.

A marker of intent

This period marked a sharp heightening of Addamo’s ambitions, as he began battling at nosebleed stakes. His 8th place finish in the WSOPE $100,000 Super High Roller days after his High Roller victory put down a marker of intent. In fact, with the exception of some WSOP and online events, Addamo hasn’t played a four-figure buy-in tournament since.

Addamo certainly booked some promising results, including ten six-figure live scores, in 2019 and a curtailed 2020. It was, however, only in the last three months, since he began playing live again, that he properly blew up.

In September, Addamo recorded two wins during the Poker Masters series. A week later, he came second in an Aria High Roller. The very next day, he won the $300,000 buy-in Super High Roller Bowl for a career best $3.4m. Then in October, he notched a third and a first during the Aria High Roller Series alongside that win in the WSOP $50,000 High Roller.

A barren spell in November had one wondering if Addamo was finally done for the year. Was he finished hoovering up all the money? The answer was “No.”

No halt to Addamo’s gallop

As is his modus operandi, Addamo played big ball poker in last week’s $100,000 High Roller. He entered Day 3 with a commanding chip lead and despite losing it to Sam Soverel on a couple of occasions, he continued to take high wire lines and ultimately set up a showdown versus the talented heads-up specialist Kevin Rabichow.

It was over quickly as Addamo pressed his massive chip lead, shoving with King-Deuce off-suit and catching a deuce after Rabichow called off his 12 big blinds with Ace-Six off-suit. In his post-match interview, Addamo spoke about the relentlessness of the grind of late, but also his hunger for more:

I’ve been playing non-stop for three and a half months straight so I am ready for a break.”

“I’ve been playing non-stop for three and a half months straight so I am ready for a break…The schedule hasn’t been announced yet but I will be playing a lot of tournaments next year and more at the WSOP again.”

Another $1.96 million added to the pile shows no sign of putting a halt to Addamo’s gallop.

Lone wolf or with a little help from my friends?

In discussing their streaks, Holz and Bonomo have paid homage to their network of friends with whom they have honed their skills. Dan Smith and Steve O’Dwyer have done similar, both with specific reference to Isaac Haxton as somebody who brought a lot to their games. Colman has given much credit to Olivier Busquet with whom he studied for years.

In the case of Addamo, however, he seems to be cut from the same cloth as Bryn Kenney. He has poker buddies, but he is very much an enigma – a lone wolf who works on his game outside of a group-think as is more common these days.

In many ways, that reminds one of another great high-stakes player, arguably the greatest of all time, Phil Ivey, who has certainly put together his own impressive streaks over the past two decades. Time will tell if Addamo, whose career live winnings now stand at a colossal $17.7m, can “keep her lit,” or if it will be the turn of some other top pro to catch fire in 2022. 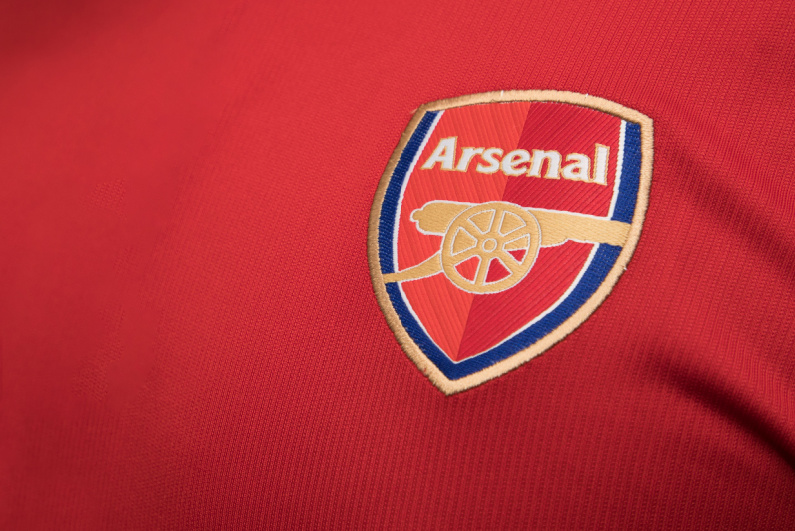 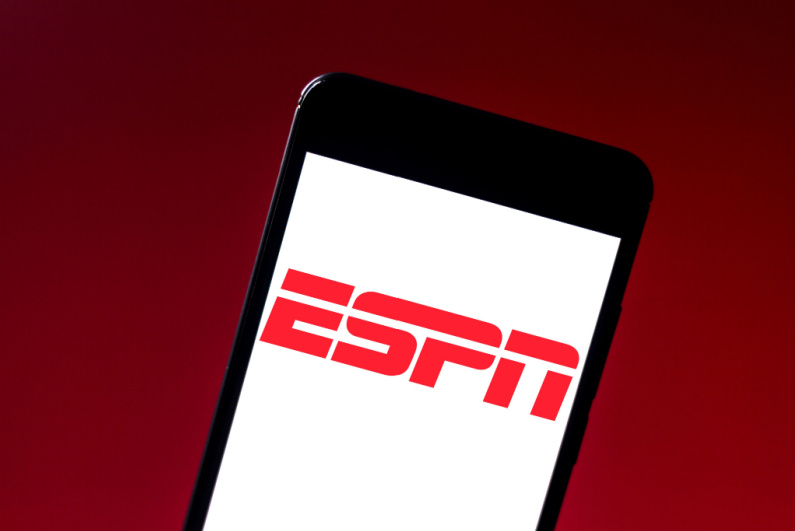 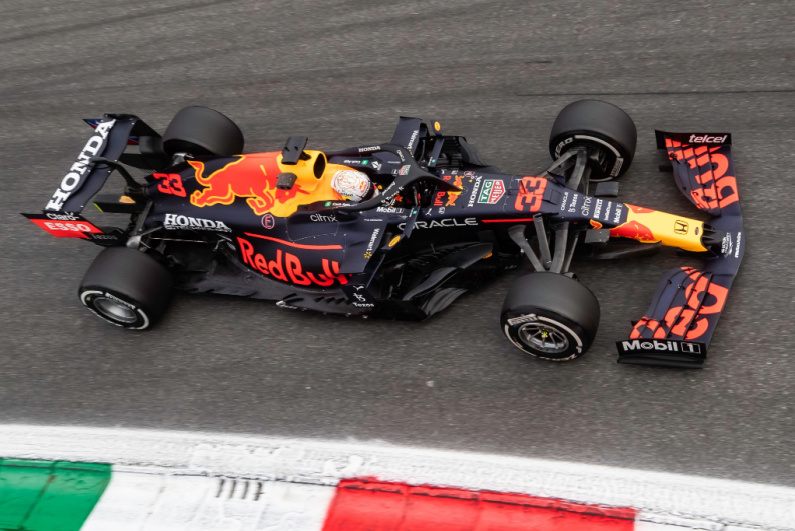 September 12, 2022
Check Also
Close
Recent Stories
Featured Posts
I became a ‘fit-fluencer’ in my 70s (it’s never too late to transform your body)
9 mins ago

Are booze-free tipples really as healthy as you think?
24 mins ago

Peloton instructor Leanne Hainsby, 35, says she has been battling breast cancer for six months
39 mins ago