REVEALED: Woman, 20, who is jailed for life for the death of her ex-boyfriend’s mother had plotted the ‘twisted killing’ with her new fiance who she had only met ONCE before

A Rhode Island woman with a target tattoo on her cheek has been jailed for life for the murder of her ex-boyfriend’s mother, who was shot dead by her new fiancé that she had met just in person one day before the killing.

Shaylyn Moran, 20, was jailed on Thursday for plotting with her fiancé, Jack Doherty, 25, to kill Cheryl Smith, 54, at her Pawtucket home on New Year’s Day in 2020. Moran and Doherty had just become engaged and he was visiting her.

Investigators revealed on Friday that Doherty, who was a long-distance boyfriend she met online. The two had not met in person prior to December 31, when Doherty proposed to her at a party that night, according to Law and Crime.

A day later, she convinced him to kill Smith, the mother of her ex-boyfriend. He carried out the murder with a gun that police said at the time resembled one Doherty claimed to have made using a 3D printer.

He’d boasted about the weapon on social media.

Moran was dating Smith’s son, Leonard Troufield, before she met her fiancé. The pair split up amid accusations of domestic abuse on both sides. 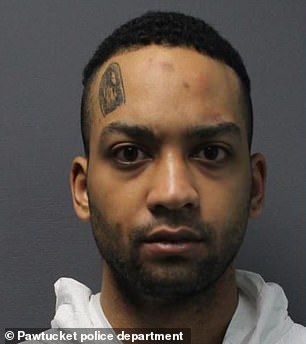 Twenty-year-old Shaylyn Moran was jailed on Thursday for plotting with her fiancé, Jack Doherty, 25, to kill Cheryl Smith, 54, at her home on New Year’s Day. Doherty remains in custody awaiting trial 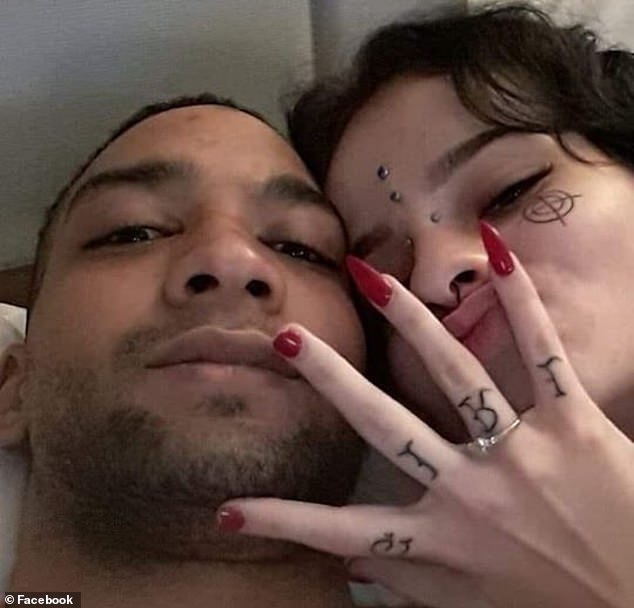 A photo which appeared on Doherty’s Facebook page shows him with Moran as she sports a diamond ring on her finger. It was uploaded before cops found them at a hotel

Moran and Doherty had never met in person before the murderous holiday weekend.

The pair had struck up their romance on social media, speaking for weeks before he traveled from New York to Rhode Island.

On New Year’s Eve, they rented a hotel room in Pawtucket, Rhode Island.

The pair then went to a New Year’s Eve party, where he proposed. When they returned to the hotel, they plotted the murder, according to police.

The next night, he went to the home where Troufield lived with his mother, prepared to shoot ‘anyone who opened the door’, according to prosecutors. 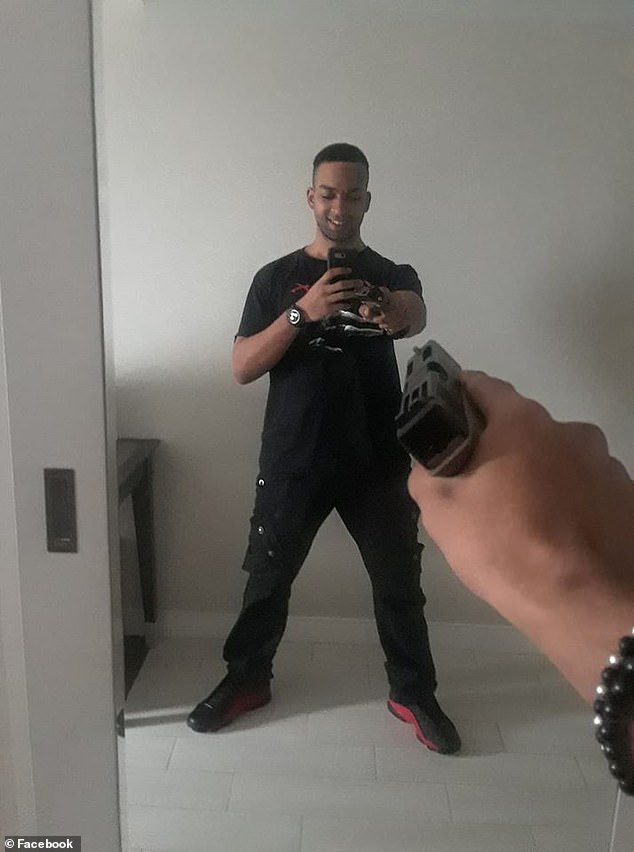 In a Facebook post from the account on New Year’s Eve, Doherty took a selfie as he pointed a gun into the mirror, along with the caption: ‘Bloody Boy Santana’. Police say that the weapon used in the murder looked similar to one he’d posted online that he said he’d made with a 3D printer

Smith answered, and was shot several times in the chest. She later died in the hospital.

Doherty ordered a Lyft after the shooting to take him away from the scene. He texted Moran – who was at the Hampton Inn hotel – to tell her he’d killed Smith, writing: ‘Now this is for life.’

She replied: ‘I’m yours forever and you’re mine.’

Moran and Troufield had only been together for four days when they dated in the fall of 2019, just a few months before the murder.

She relationship ended when she alleged to police that he’d assaulted her following an argument at his home. He claimed she assaulted him. 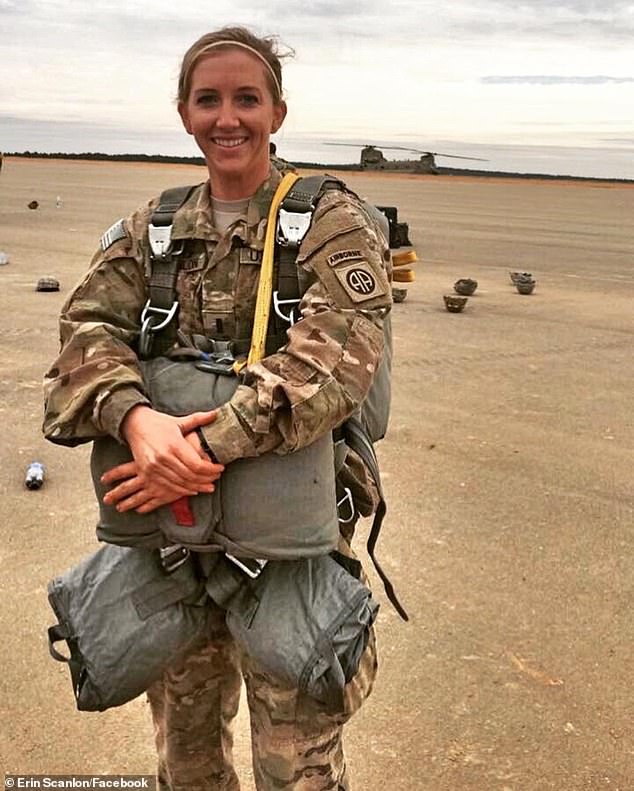 Female soldier slams military for clearing operator of raping her in secret, then destroying records 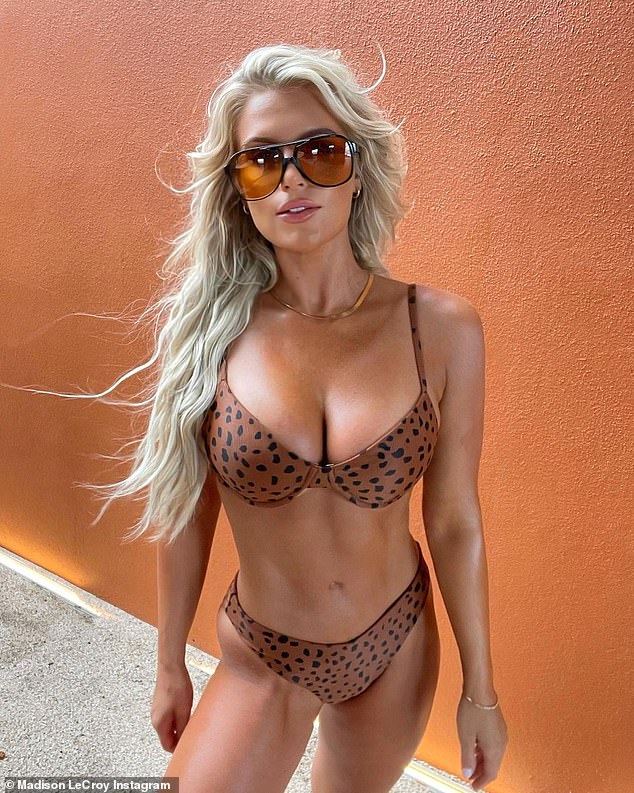 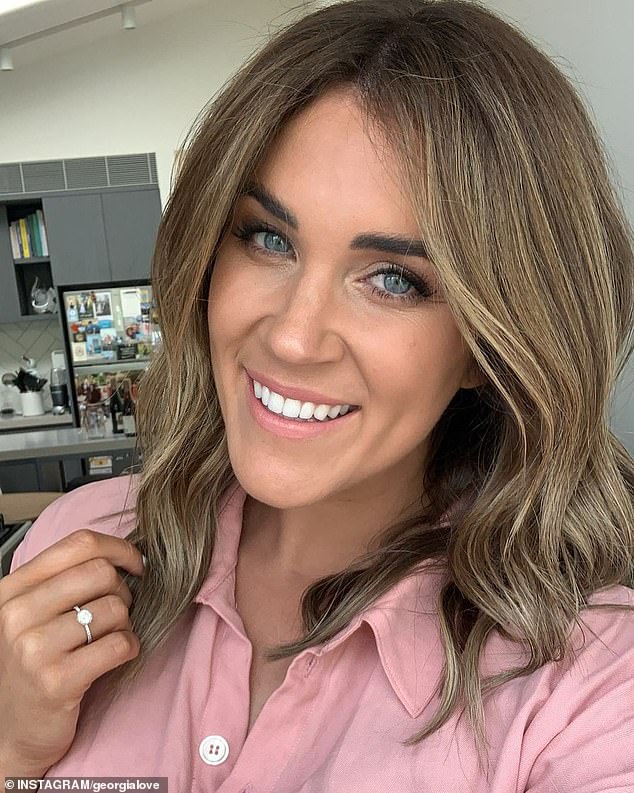 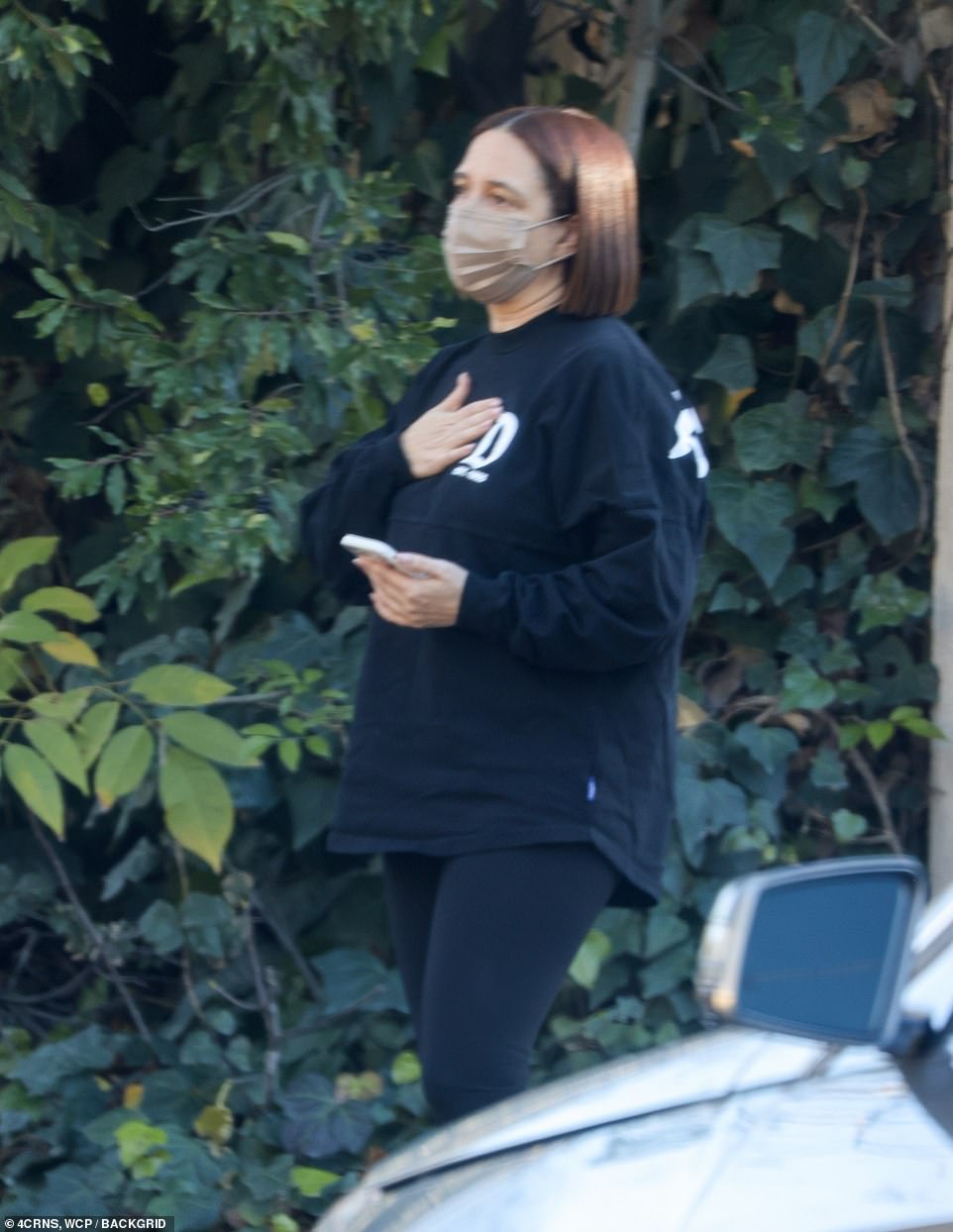 EXCLUSIVE PICTURES: Maya Rudolph shaken up after single-car CRASH with her Tesla