A lone onlooker stands in the sea, taking in the devastation caused this weekend by the deadly fires raging across Greece amid scorching summer temperatures.

He watches from Kochyli beach near the village of Limni on the island of Evia, about 100 miles north of Athens. More than 600 people fled on ferries and fishing boats as flames closed in.

Two people have been killed in the fires as Greece faces its worst heatwave for 30 years, with temperatures of up to 45C.

A lone onlooker stands on Kochyli beach near the village of Limni on the island of Evia, taking in the devastation caused this weekend by the deadly fires raging across Greece

A 38-year-old volunteer firefighter was killed by a falling electricity pole in Athens as the wildfires raged for a fifth day, and in apocalyptic scenes that went on late into the night, thousands were evacuated from towns north of Athens.

Last night Ms Patel, who was in Greece on Tuesday and Wednesday, said: ‘I’ve seen first-hand this week the devastating wildfires ripping through Greece, and the UK stands shoulder to shoulder with our Greek friends at this difficult time.’

Fire teams from Merseyside, Lancashire, South Wales, London and West Midlands fire services are set to fly to Athens this weekend after the request from Home Secretary Priti Patel.

The teams sent by the National Fire Chiefs Council (NFCC) will be deployed alongside their Greek counterparts.

NFCC chairman Mark Hardingham said: ‘The UK Fire and Rescue Service will be offering support to our colleagues in Greece, along with their communities who need assistance during these devastating wildfires. 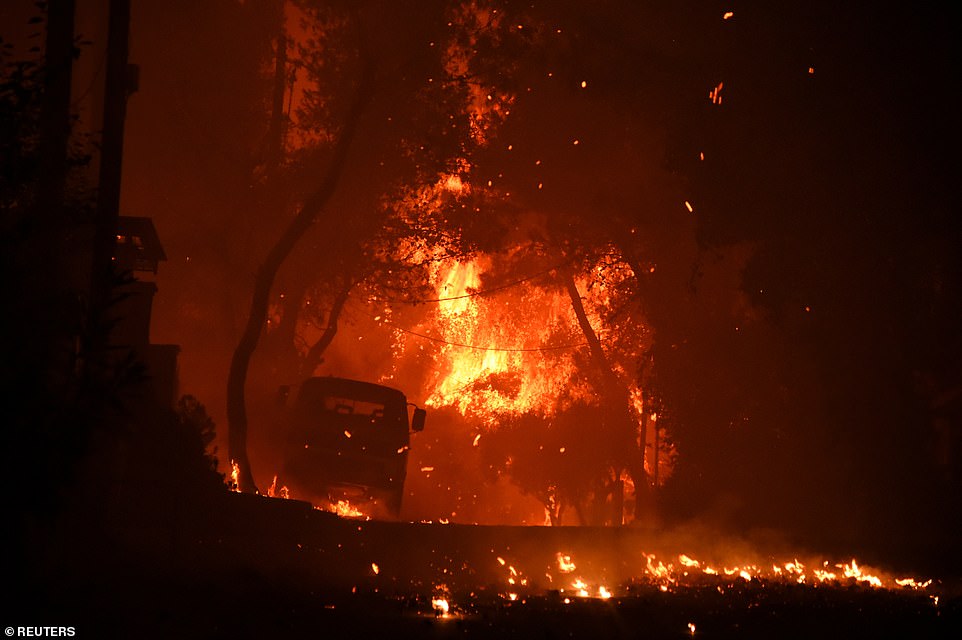 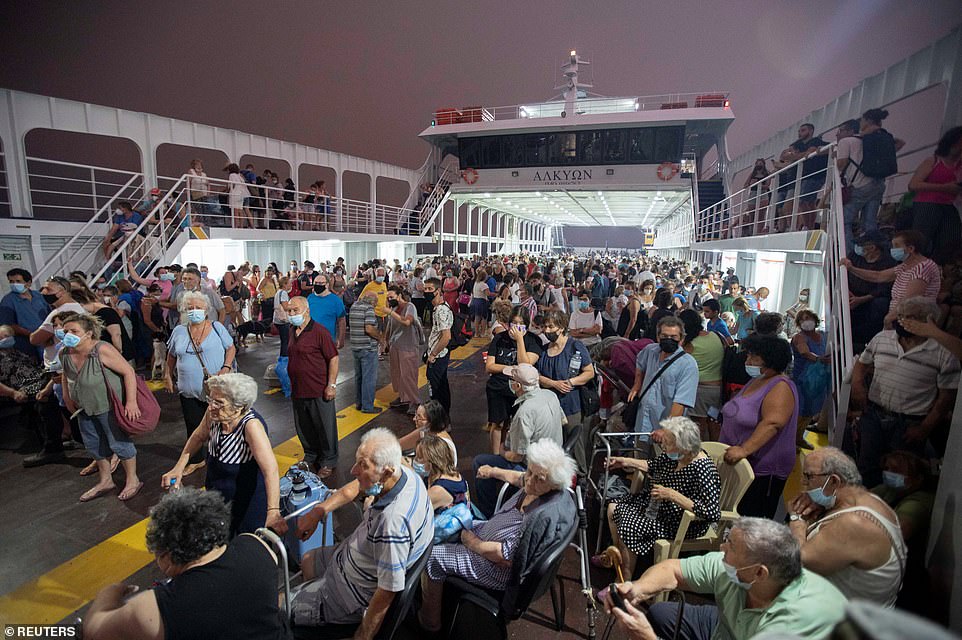 ‘NFCC’s national resilience function is in place to deploy both in the UK and overseas – and the team is highly skilled at responding to extreme events such as these.

‘We can offer professional and technical skills to our fire family in Greece at a time when help is needed; it is ingrained in the professional nature of FRS staff to assist.’

There were dramatic scenes on Saturday as ferries evacuated 1,153 people from a seaside village and beaches on Evia after flames from a massive wildfire burning for days cut off all other means of escape.

At least 1,450 Greek firefighters were battling the infernos along with 15 aircrafts, with reinforcements arriving from other countries, the fire service said on Saturday.

Greece and Turkey have been fighting devastating fires for more than a week as the region suffers its worst heatwave in decades – officials and experts linking such intense weather events to climate change.

A UN draft report seen by AFP has warned that the Mediterranean region, which it called a ‘climate change hotspot’, will be hit by fiercer heatwaves, droughts and fires supercharged by rising temperatures.

The Greek fire service said on Saturday blazes were raging in the Attica peninsula that includes Athens, in Evia, the country’s second largest island and located east of the capital, and the Peloponnese region in the southwest. 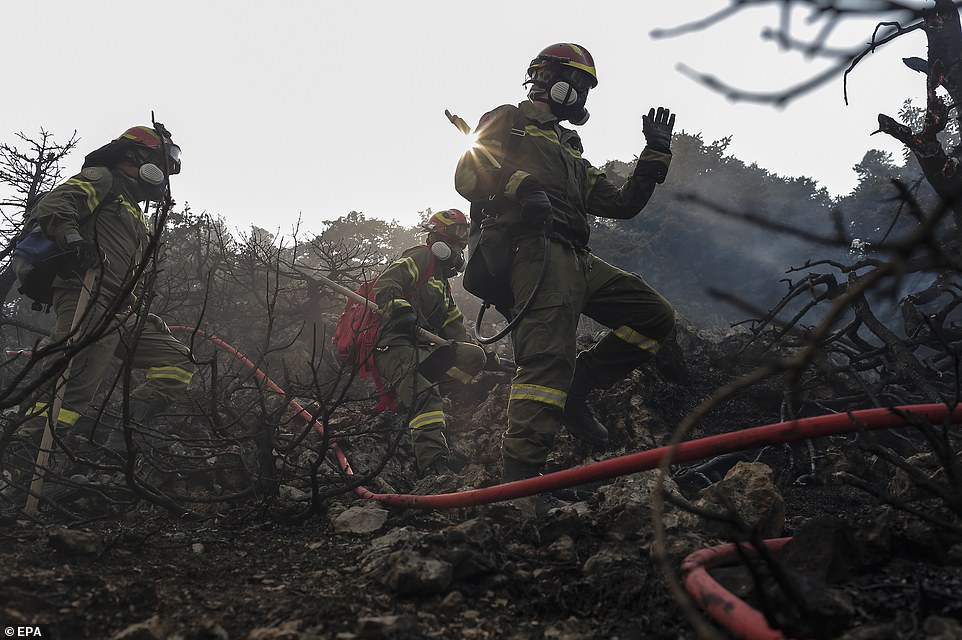 Two people were killed in the fires as Greece faces its worst heatwave for 30 years. Pictured: Firefighters operate during a wildfire in Flabouri atop Parnitha mountain near Athens 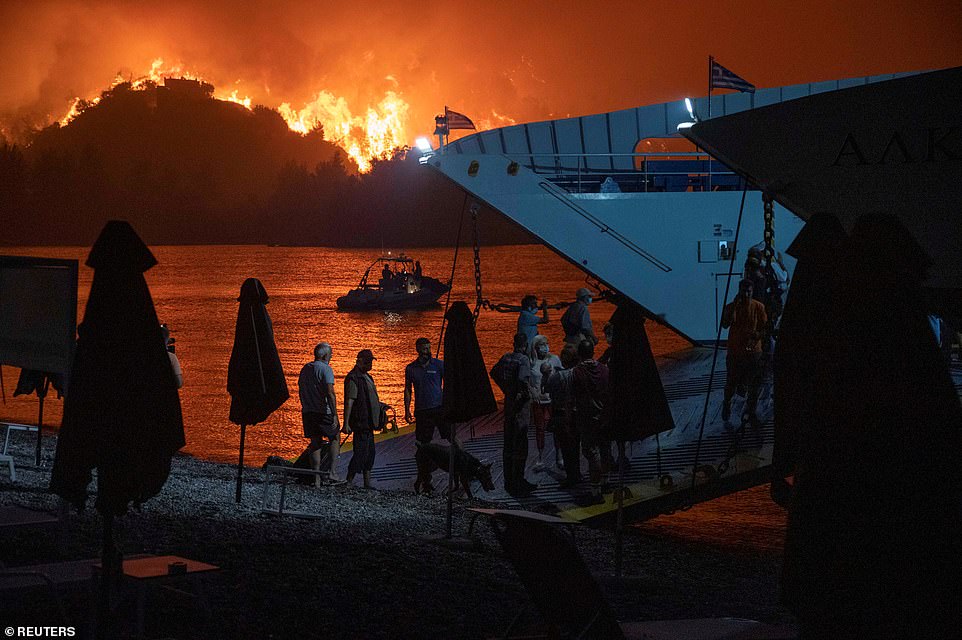 One of two people killed in Greece was named as Konstantinos Michalos, the president of the Athens Chamber of Commerce and Industry.

He was found unconscious in a factory in Krioneri and was later confirmed dead in hospital.

On Friday, a 38-year-old man from Ippokrateio, a town north of Athens that has been ravaged by the flames, died in hospital after being hit by a falling electric pole as he was riding a moped.

A further 18 people have been injured, most with respiratory problems or minor burns, and two volunteer firefighters have been hospitalised in a critical condition, local media reported.

Images taken on the Greek island of Evia on Friday showed residents desperately making their way with their families to evacuation ferries to take them to safety.

‘The burnt areas will be marked out for reforestation,’he told reporters. ‘When this nightmarish summer ends we will reverse the damage as soon as possible.’ 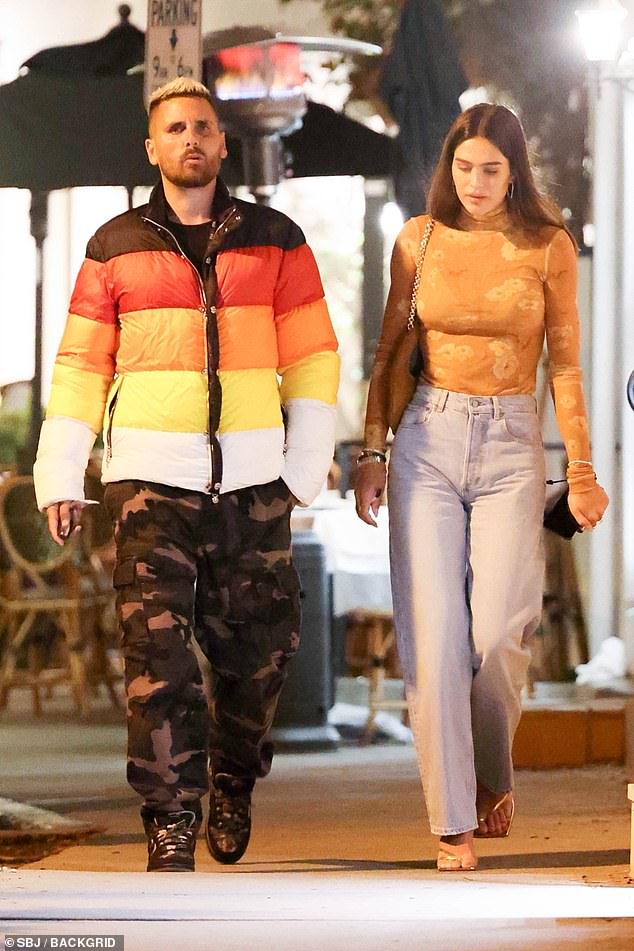 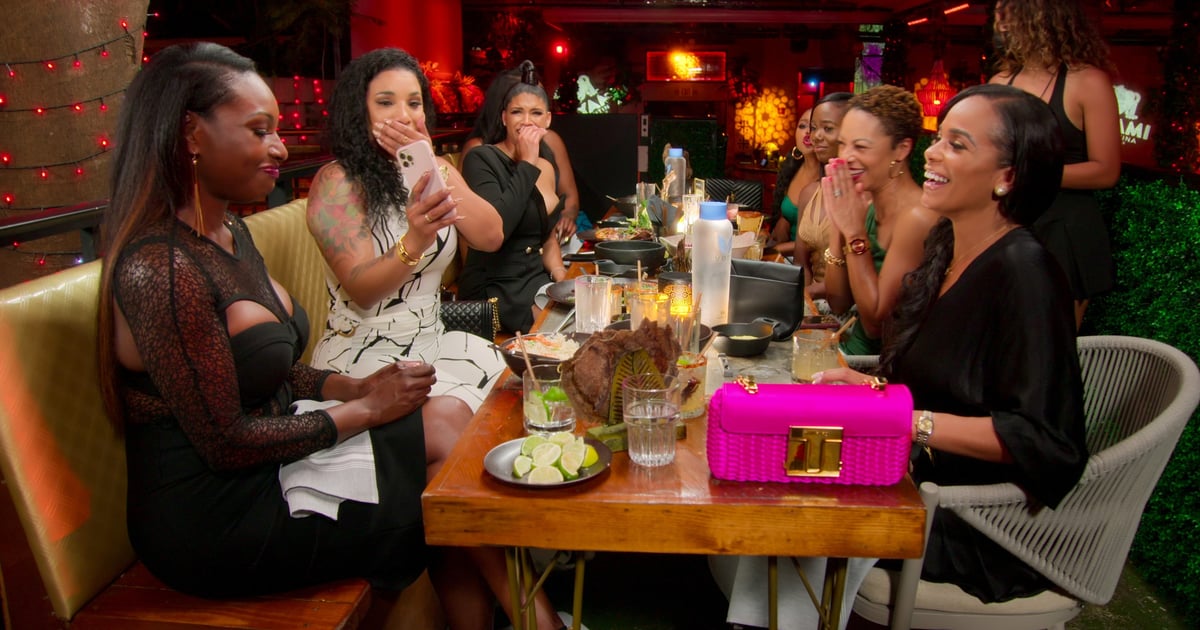 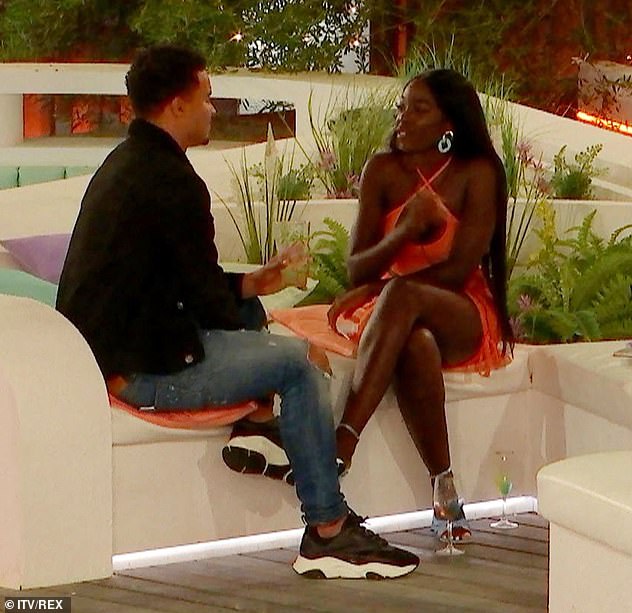 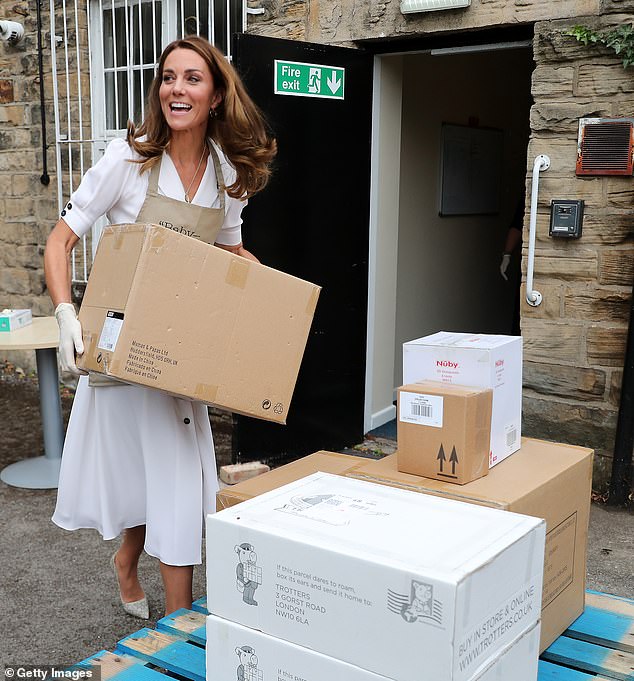