Dramatic footage captures the moment a UPS driver came to the rescue of a four-year-old boy, after a 97-pound package he had just delivered fell on top of the 40-pound child.

The incident was captured by a RING cam and shows Illinois UPS driver Marco Angel sprint from his delivery truck to come to the boys aid.

Young Max Pratt tried to collect a package left by Angel on the porch of his Oak Park home, before he is overcome by how heavy it is.

The box tilts sideways, crushing the boy against the steps.

The boy can be heard yelling ‘help!’ as he remains trapped under it.

Almost immediately Angel is seen running across traffic to help. 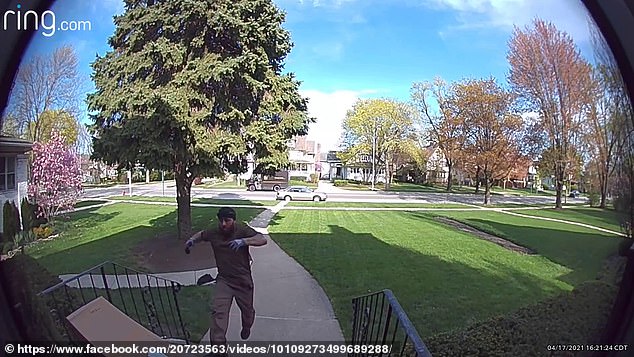 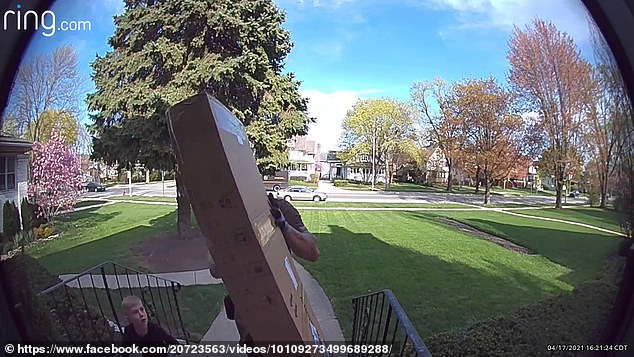 ‘I was scared I was going to fall down the stairs,’ Max told CBS Chicago.

Max says that he is usually the one who brings in packages for his family, but this delivery in particular was too much for him to handle.

Angel, who has been working for UPS for a year, tells CBS Chicago that reacted as fast as he could to help the boy.

‘As soon as I saw the package tilt, I just started running back to it,’ he said.

‘I pictured my boys in his situation. Obviously, you go into kind of into full parent mode or full dad mode to make sure the kid is all right,’ Angel added. 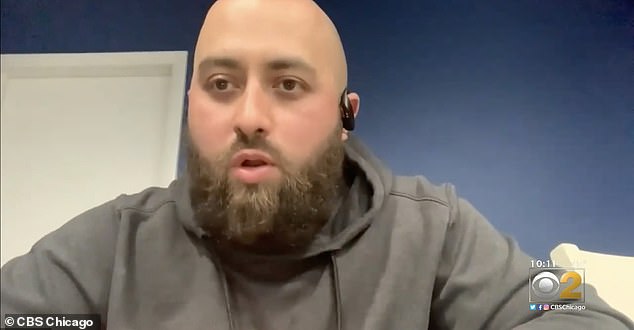 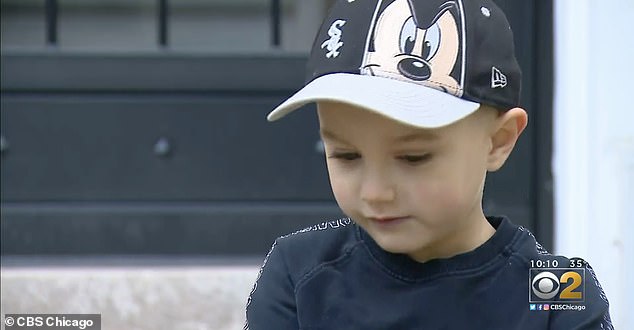 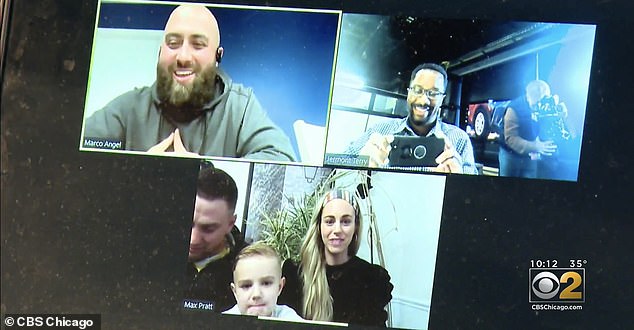 Max is okay, telling CNN that he only suffered an ‘ouchie’

Max’s mother, Traci Pratt, said that after helping her son, Angel helped get the heavy package inside the home.

Angel had a video chat set up by CBS Chicago where Max’s mother told the UPS driver he lived up to his surname.

‘You are our angel, the way you flew in and helped him.’ she said via video chat.

Pratt says she hopes that UPS gives him a bonus or makes him employee of the month after his quick action to help her son, CNN reports.

Max is also a fan of Angel, giving him the nickname ‘The Package Man’ and says the thinks he’s nice, CNN reports. 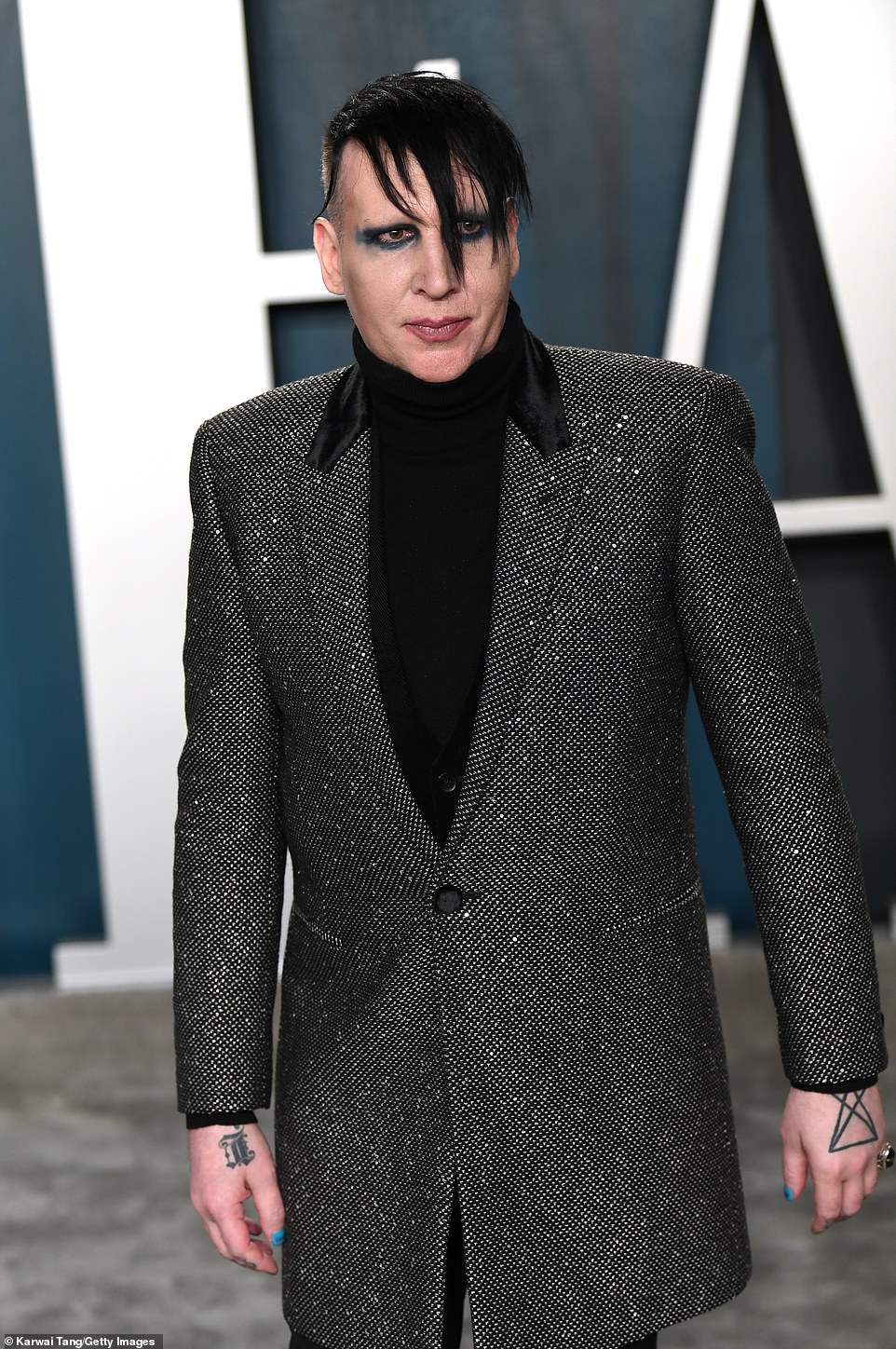 Marilyn Manson sells his Hollywood Hills home with ‘rape room’ above the asking price for $1.83M 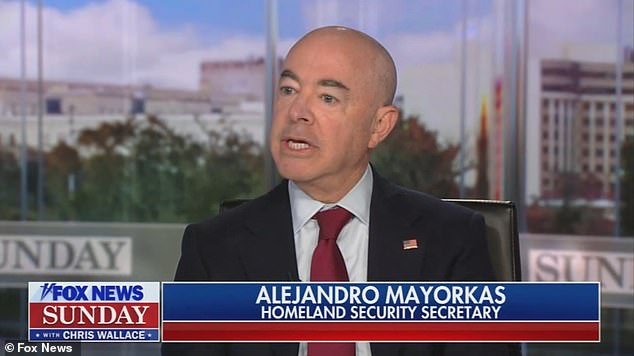 Mayorkas admits 12K illegal Haitians out of 17K were released into US, and it could go even higher

December 16, 2021
Check Also
Close
Recent Stories
Featured Posts
Tweets posted by Ian Alexander Jr. in days before his death reveal he felt he was ‘losing his s**t’
15 mins ago