Two employees at Lamar University in Beaumont, Texas, claim they were fired for asking students if they were vaccinated against the coronavirus.

Bruce Hodge and Karen Corwin were both involved in the Texas Academy of Leadership in the Humanities program – a residential honors program for gifted and talented high school-aged students to earn college credit.

Hodge served as the Student Service Coordinator for the Academy, while Corwin was a counselor.

They told The Washington Post that they were laid off after inquiring about the vaccination status of the students, after they were not given guidance on the college’s COVID-19 protocols.

Hodge and Corwin would act as parents in absentia for most of the students, making sure they were safe in their dorm rooms each night, caring for them in sickness, and even taking them to urgent care or the emergency room if needed.

‘I could foresee a situation with an incapacitated student where I couldn’t reach a parent and a doctor is asking me if they’re vaccinated,’ Hodge told the Post. 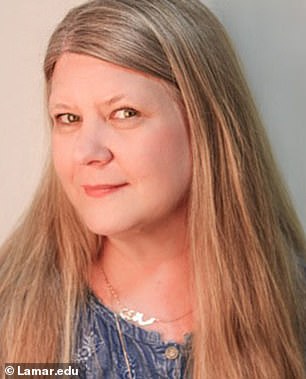 Bruce Hodge and Karen Corwin, two employees at Lamar University, were fired after they asked students for their vaccination status

Hodge said he was not informed about the university’s COVID-19 protocol, so he and Corwin decided to create blue vaccination slips to find out who was vaccinated against the virus.

‘We collect just a voluminous amount of medical information on these students that normal college students don’t have to provide,’ Hodge told the Post.

With just a few exceptions, most of the 30 students said they had been double-jabbed.

‘Not a single student balked when we gave it to them,’ he said about the blue slips.

Reassured about the outcome, the two school staffers showed the dean, but claim he seemed ‘peeved’ that they had conceived the slips.

Hodge also explained to the dean that he and Corwin wanted to be prepared for a worst-case scenario.

The vaccination slips were eventually passed on to the associated provost and school’s chief of police before Hodge and Corwin were involved in meetings with school administrators.

They were also summoned to the university’s human resources office before being summarily terminated on September 13th.

Texas is an at-will employment state where employers can generally fire workers for any reason.

While they weren’t officially given an explanation for their dismissal, Hodge and Corwin believed they were fired due to the politicization regarding the COVID-19 vaccine in Texas. 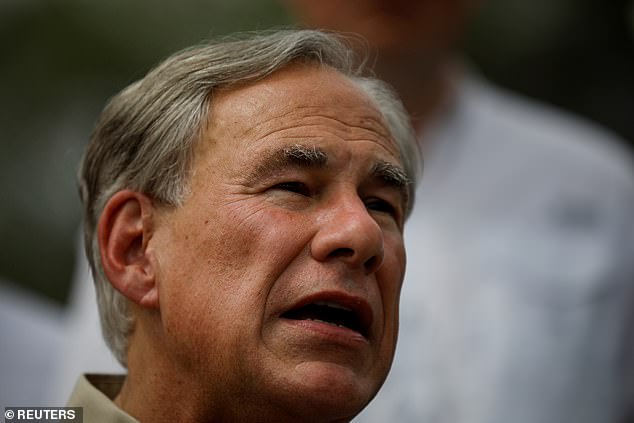 Governor Greg Abbott announced an executive order banning government COVID-19 vaccine mandates in Texas in August, regardless of a vaccine’s approval status with the U.S. Food and Drug Administration.

Public schools were able to continue to follow current mask-wearing guidelines through June 4. After June 4, no student, teacher, parent, or other staff member or visitor can be required to wear a mask while on campus.

Governor Abbott also banned government mandates on COVID-19 vaccines in August, regardless of whether they have full FDA approval.

‘I don’t think you have to be a super-detective,’ Corwin said, referring to the untold reason of her firing. 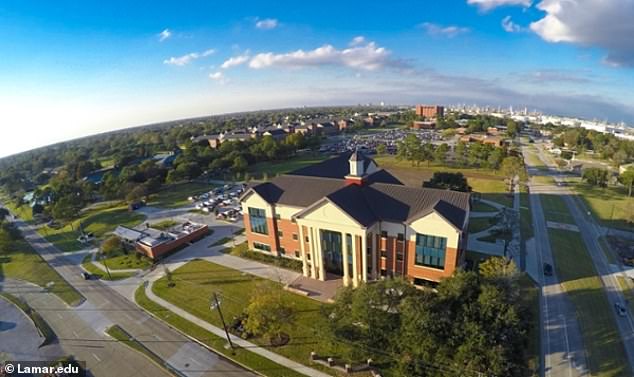 Gifted high-school students enrolled in the Texas Academy of Leadership in the Humanities have to stay in their rooms and take college-level classes at Lamar University in Beaumont, Texas

Corwin and Hodge consulted legal experts for advice, but they were told that it’d be hard to win a case against the university for wrongful termination due to local labor laws.

‘What they did was shameful and wrong,’ Corwin said.

‘We thought we were protecting the students,’ Hodge said. ‘I would lay awake at night realizing the liability that rested on me and the shoulder of the academy with these 16- and 17-year-olds on campus.’

‘I still worry,’ Hodge added. ‘I just hope that everything’s okay, that nothing happens to a student.’

Lamar University told Dailymail.com that they declined to comment on these types of matters.

More than 9,000 Texans who have died from COVID-19 in August and September, nearly 40 percent of them under the age of 60, part of an worrying surge in reported daily deaths that threatens to overtake last summer’s deadly surge in average weekly numbers.

Just over 50 percent of the Texas population is fully vaccinated. Health officials say that the state’s high rate of unvaccinated people contributed to a surge in COVID-19 related hospitalizations, which preceded the spike in deaths that soon followed. 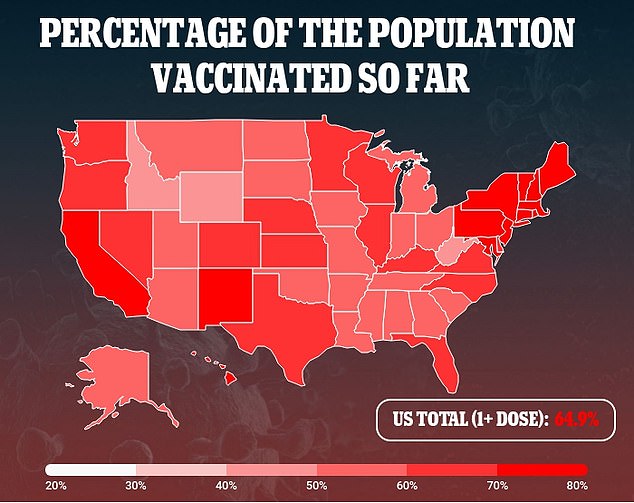 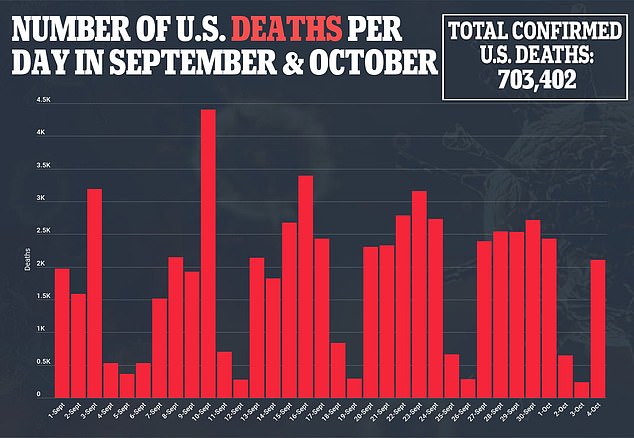 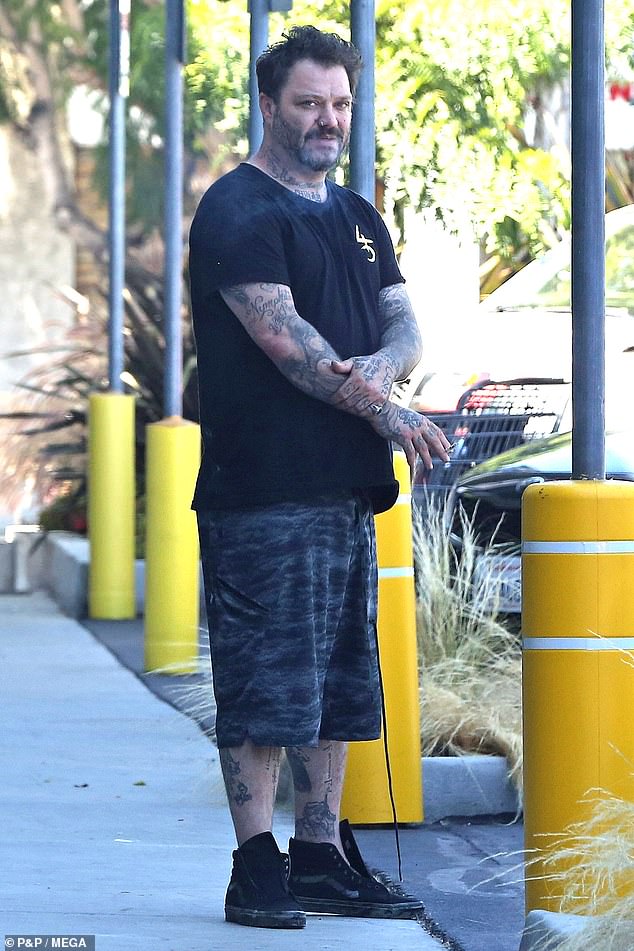 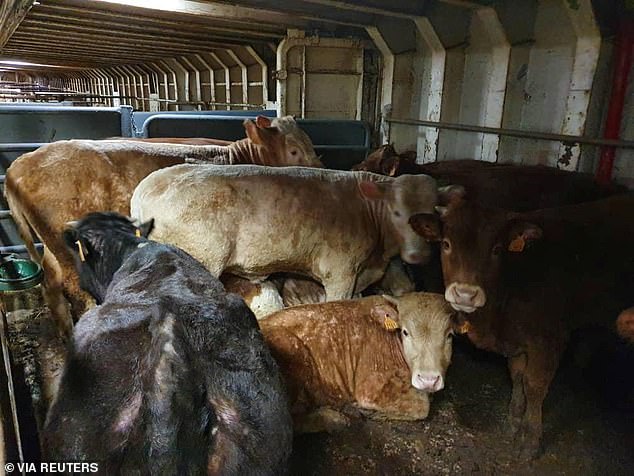 More than 850 cattle on ship in the Mediterranean must now be destroyed, vets say