Kenneth Braithwaite, the navy secretary under President Donald Trump, spent more than $2.3 million on air travel for the approximately eight moths he was in office.

Braithwaite served as the Navy’s most senior civilian from May 29 until Joe Biden took office on Jan. 21. During that time, Braithwaite embarked on 22 foreign and domestic trips – more than any other senior Pentagon civilian, USA Today reported.

The navy secretary was traveling even as other Defense Department officials stayed grounded because of the coronavirus pandemic.

He defended his journeys, saying they were necessary to bolster the Navy.

‘I am extremely proud of the record of accomplishments of Our Sailors and Marines during my tenure as Secretary, especially following such a tumultuous chapter in the Navy’s recent history of crisis following crisis as compared to our other services,’ Braithwaite wrote to USA Today in an email. ‘I submit it’s impossible to lead men and women deployed around the world from behind a desk in Washington.’

Kenneth Braithwaite, the navy secretary under President Donald Trump, spent more than $2.3 million on air travel for the approximately eight moths he was in office – above he visits Her Majesty’s Ship Queen Elizabeth at sea off the coast of Flamborough, United Kingdom, on October 1, 2020 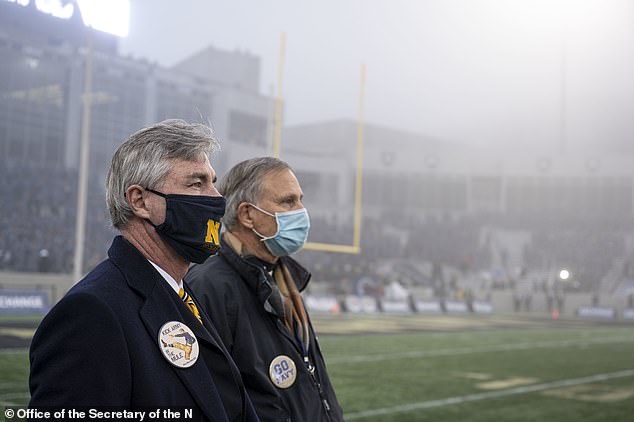 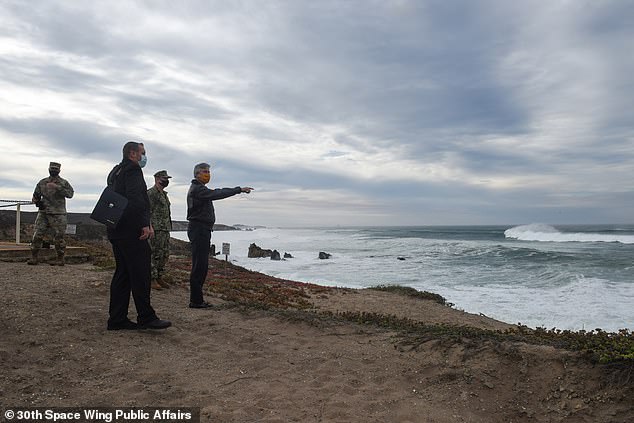 His domestic travels included more than $24,000 to attend the Army-Navy football game with his family and more than one visit to Hawaii.

Former President Donald Trump nominated Braithwaite for Navy secretary on November 24, 2019, after acting Navy Secretary Thomas Modly resigned.  He was confirmed by the Senate on May 21 and took the oath of office on May 29, 2020.

One of Braithwaite’s trip that stood out was the $232,000 he spent the week before Biden’s inauguration to fly to Wake Island, a tiny Pacific stop where no sailors or Marines are stationed.

The Air Force, not the Navy, controls Wake Atoll, a string of islands generally not accessible to civilians. Navy F-18 pilots use the strip and ranges nearby for training and refueling stops.

He recorded his farewell message to the Navy and Marine Corps on Wake Island, appearing in a flight jacket on a gravelly beach with the water in the background.

Danielle Brian, the executive director of the government watchdog Project On Government Oversight, said the trip was ‘an expensive abuse of power.’ 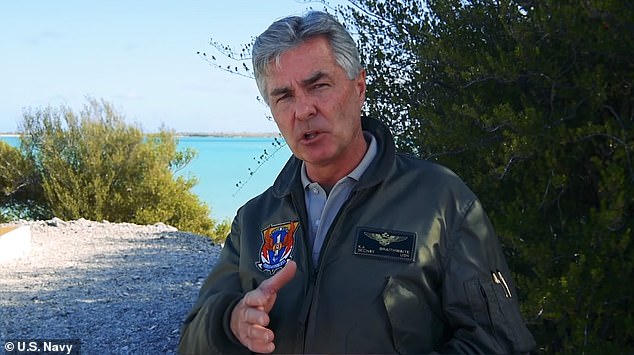 In January Secretary Braithwaite spent $232,000 to fly to Wake Island to record his farewell address to the Navy – above a still from his recorded speech 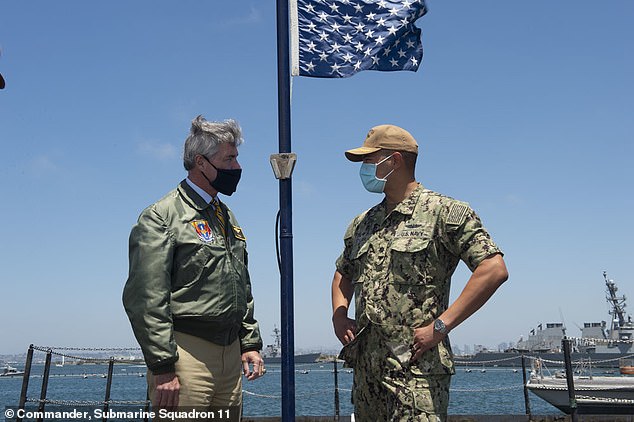 Secretary of the Navy Kenneth Braithwaite with Cdr. Phillip Sylvia aboard USS Hampton (SSN 767) in his first trip to San Diego as secretary on July 27, 2020 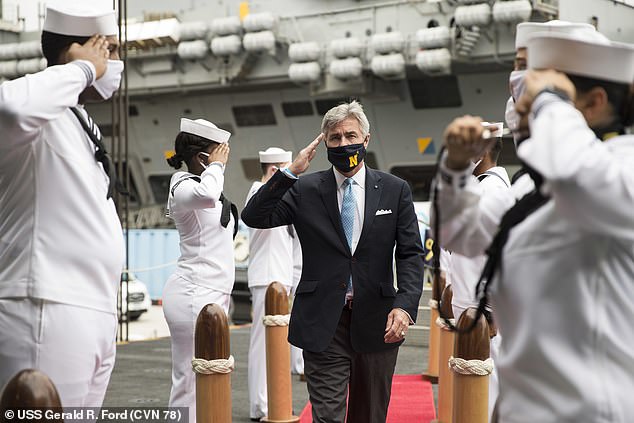 Secretary of the Navy Kenneth Braithwaite renders honors as he passes through sideboys upon arrival aboard USS Gerald R. Ford on June 11, 2020 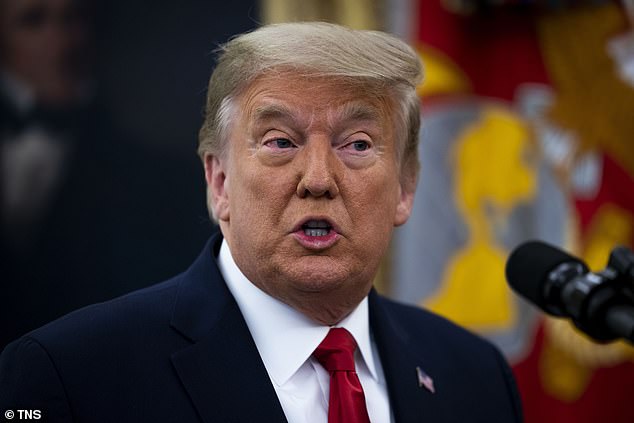 Former President Donald Trump nominated Braithwaite for Navy secretary on November 24, 2019 and Braithwaite was confirmed by the Senate in May

Additionally, for his travels, Braithwaite asked for and received a waiver from a 2018 Pentagon policy for ethical use of military aircraft that cracked down on the use of multiple crews and planes in order to ‘be peerless stewards of taxpayers’ dollars.’

For his January trip to Wake, he took off from Joint Base Andrews and arrived in Hawaii. From there, he boarded a separate plane with a new crew for the flight to Wake Island.

In his waiver, he wrote that using two planes and crews would ensure he would be back at the Pentagon for a full day of work on Jan. 15 where he was helping with the transition to the Biden administration.

Braithwaite graduated from the U.S. Naval Academy in 1984 and served as a naval aviator. He left active duty in 1993 as a one-star rear admiral and continued his service in the Navy Reserve. He previously served as the U.S. Ambassador to the Kingdom of Norway. 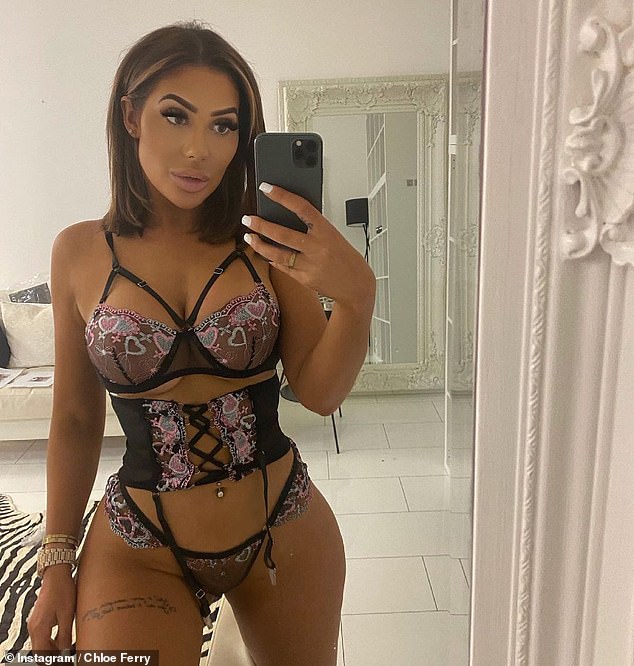 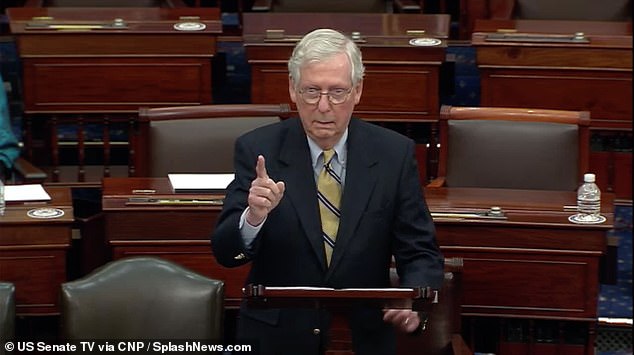 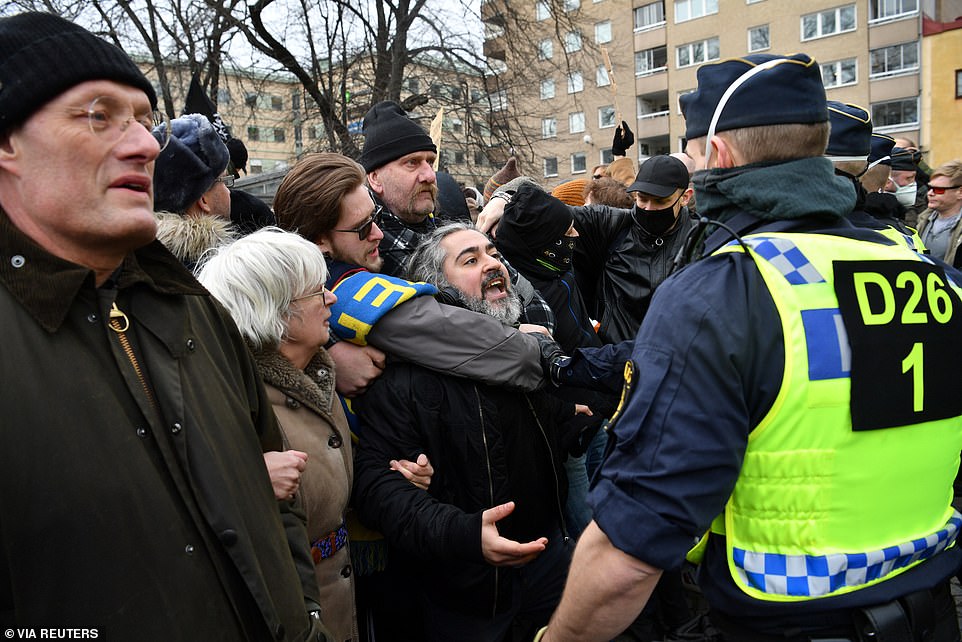 Hundreds of anti-lockdown protesters clash with police in Stockholm 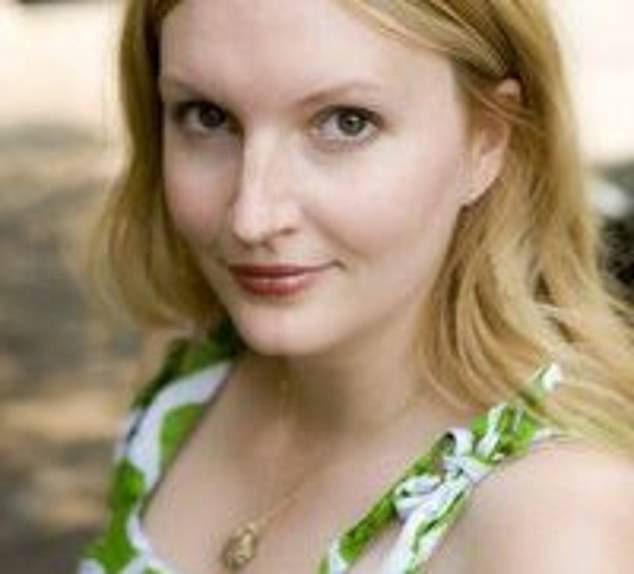 NY Gov. declares states of emergency as Northeast braces for ‘non-stop showers’ and flooding
59 mins ago