Donald Trump told one of his fans in the ‘Gays For Trump’ supporters group that he didn’t ‘look gay’ during a Mar-a-Lago fundraiser for a Michigan GOP candidate on Wednesday night.

The ex-president was headlining the event to support John Gibbs, a former Trump administration official who is challenging Rep. Peter Meijer (R-Mich.) for his seat in Michigan’s August 2 primaries.

A brief video filmed during the event and shared on Twitter by PatriotTakes shows Trump at a podium in front of a receptive audience.

One person can be heard shouting ‘Gays for Trump!’ seemingly in reference to the pro-Trump LGBT group of the same name.

Someone answered, ‘We’re over here! Gays for Trump!’ before Trump pointed a finger in their direction.

‘You don’t look gay,’ he said as the crowd broke out in laughter.

He continued, ‘We did great with the gay population as you know,’ before the 17-second clip ends.

Despite a small but vocal group of consistent supporters within the LGBTQI+ community, the former president was widely panned by gay and lesbian groups while in office.

The former president was speaking at a Mar-a-Lago fundraiser for Michigan House candidate John Gibbs (back left), an ex-Trump administration official who is mounting a primary challenge to incumbent Rep. Peter Meijer 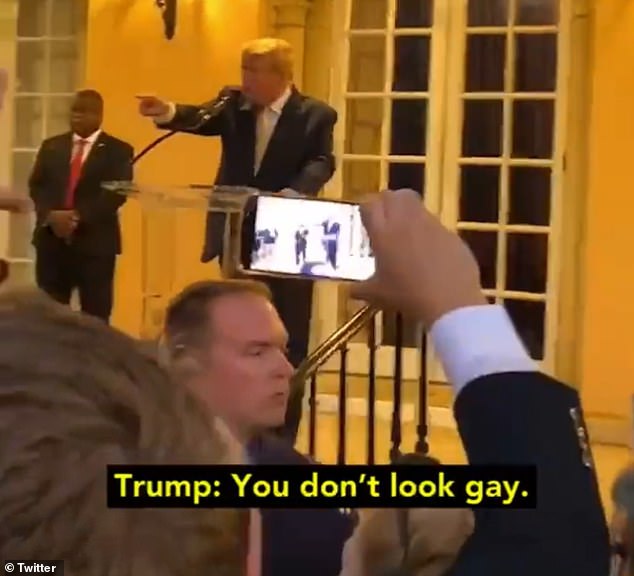 One person can be heard shouting ‘Gays for Trump!’ seemingly in reference to the pro-Trump LGBT group of the same name. ‘Where’s Gays for Trump?’ the former president asked. He then found them in the crowd and said: ‘You don’t look gay’

A policy brief by LGBT medical research and advocacy group the Fenway Institute released toward the end of Trump’s presidency found that he ‘enacted more anti-LGBTQIA+ policies than any previous administration in history.’

The identities of the Gays for Trump members at Wednesday night’s fundraiser were not immediately clear.

Gibbs, appearing to be standing several feet behind Trump at the beginning of the clip, was formerly an official in the Republican’s Housing and Urban Development Department. It had been run by Dr. Ben Carson, who unsuccessfully ran for president in 2016.

The incumbent he is challenging for Michigan’s 3rd Congressional District is one of 10 House Republicans to have voted for Trump’s impeachment following the January 6 Capitol riot.

In another clip from the same event, Gibbs recounts his time working in Trump’s White House by making a joke about verbally abusing his staff.

‘When I went to work in the administration of President Trump, I’d never yelled at work or sweared(sp) to anyone at work. But guess what? That changed,’ Gibbs said as the audience laughed.

In the same clip he said Trump looked ‘even younger’ today than he did before running for president in 2016. 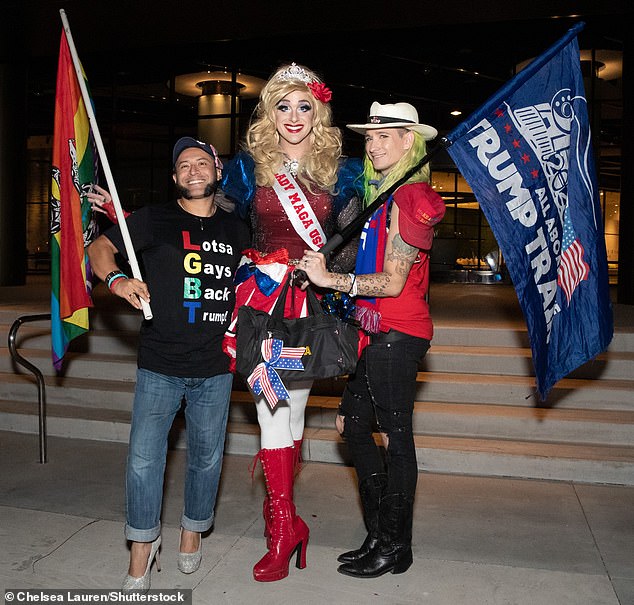 Despite a small but vocal base of support in the LGBT community, (pictured: attendees of a Gays for Trump march in October 2020) the former president was widely criticized for rolling back protections of gay and transgender Americans during his White House tenure

Trump misspelled Meijer’s name in a November 2021 statement announcing an endorsement of his challenger.

‘Meyer has been a terrible representative of the Republican Party and beyond,’ the former president said through his Save America PAC. ‘John Gibbs is a fabulous talent who love the State, our military and our Vets.’

Trump is expected to make another public push for Gibbs during an upcoming rally this Saturday in Washington Township, Michigan.

It will be the first time the Republican leader is in Michigan since he lost the state to President Joe Biden in the 2020 presidential election.

Wednesday evening’s event is also not the first time Trump has had the American gay community on his mind in recent weeks.

Earlier this month Trump gave a brief look into how he entertains guests at his Mar-a-Lago club, revealing that the ‘gay national anthem’ YMCA by the Village People is always a hit at the Florida retreat.

The former president discussed his new gig as a disc jockey regaling Mar-a-Lago members on Friday and Saturday nights during a wide-ranging interview with the Full Send podcast.

Asked if he had any particular favorites, the ex-president pointed to the 1978 hit YMCA.

‘You know what gets ’em rocking? YMCA,’ Trump said.

Trump has already been known to play the classic disco track at his rallies, where he would often move a bit to the beat himself. Another well-known Village People song, Macho Man, has also featured at the ex-president’s events.

However he curiously chose a different song to play him off stage at a rally in Florence, South Carolina — his first since the comment made headlines.

Apple to allow Spotify, Netflix and Amazon to put a link to their payment page in app 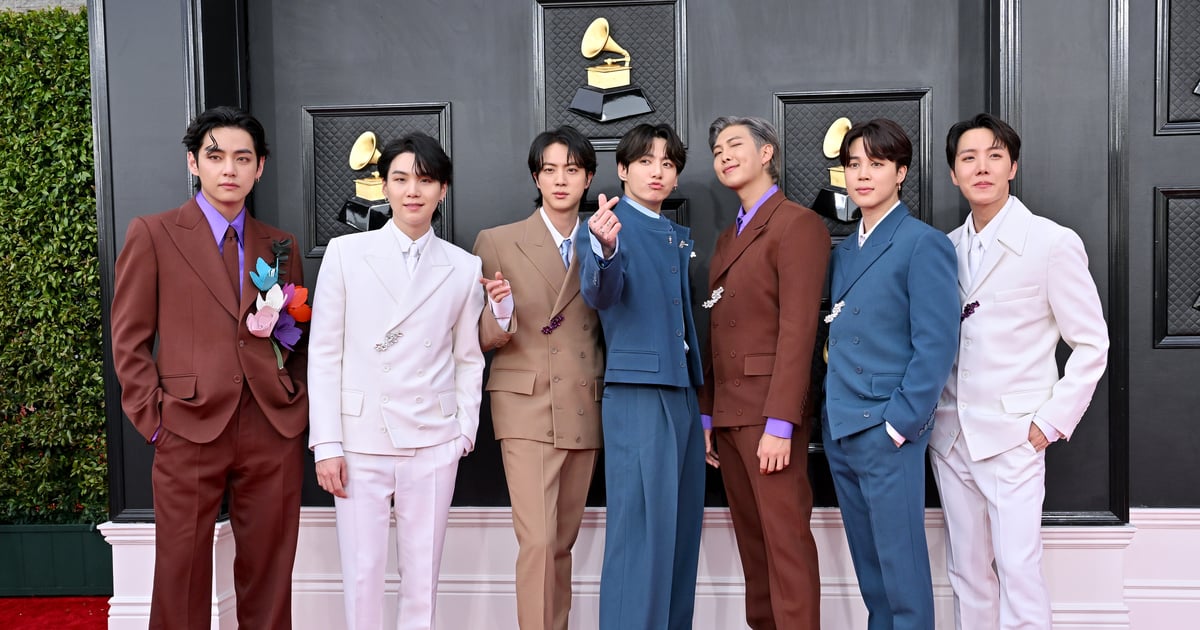 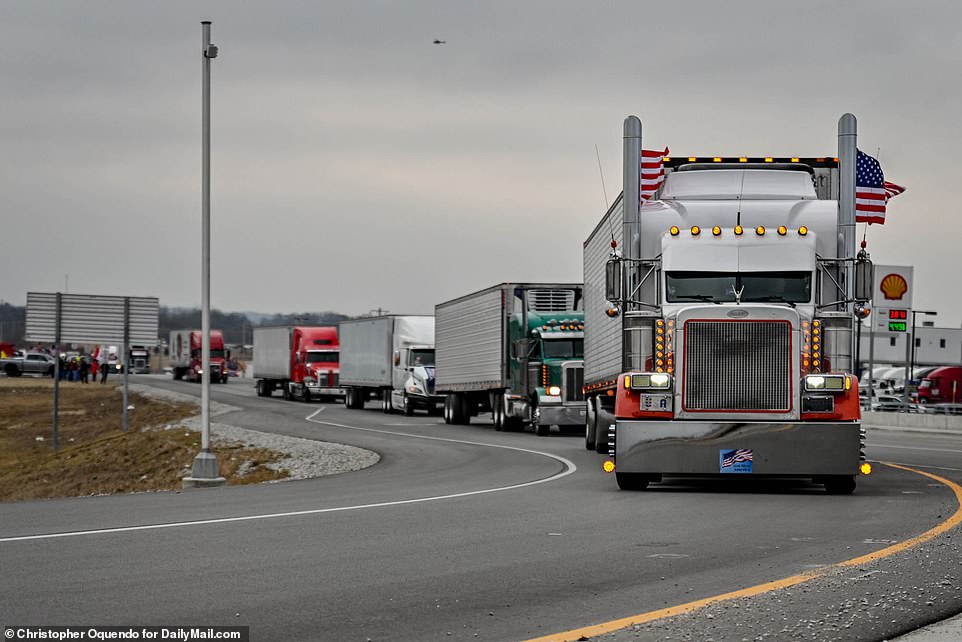 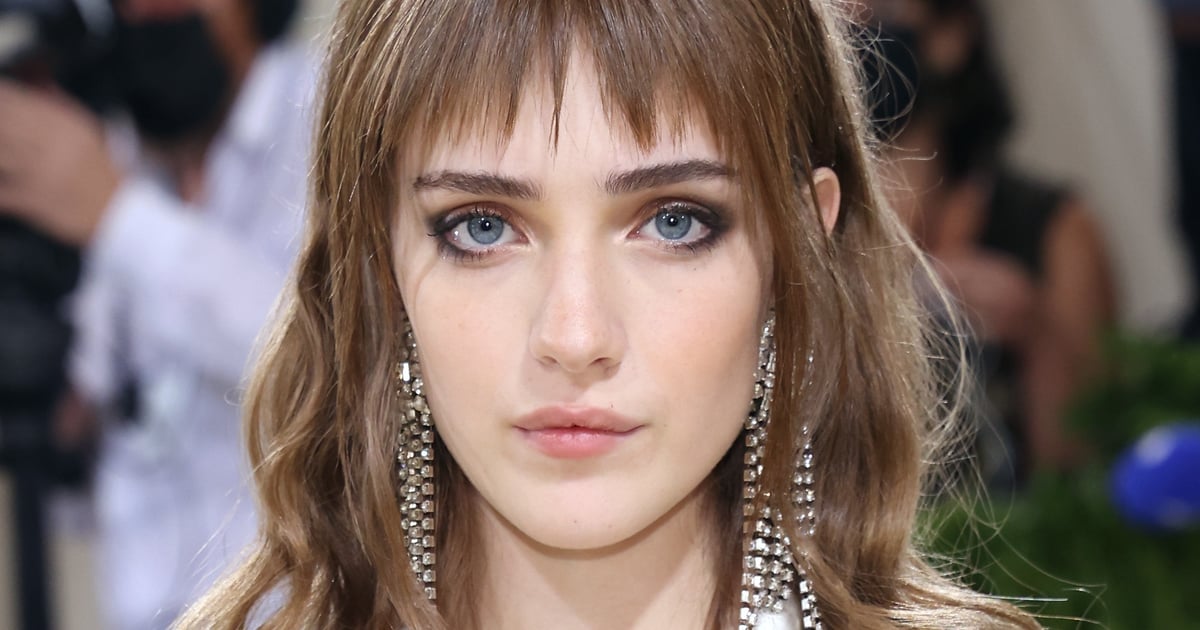 Talia Ryder Is About to Be Everywhere; Here’s What to Know the West Side Story Actress 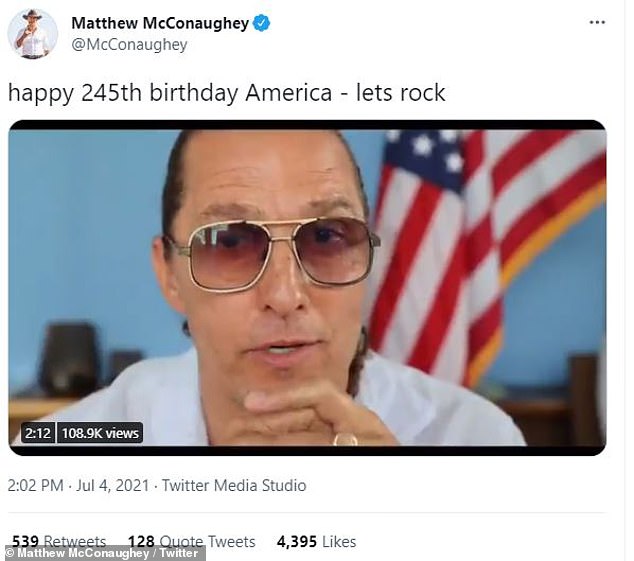