A 15-year-old girl has revealed the hazards of trying to take a COVID-19 test when you have Tourette’s syndrome in a light-hearted video.

Zara Beth, from Dumfries and Galloway, set up a camera to record her tics as her mother helped her to take a nasal swab test.

The two of them can’t stop giggling as the teenager struggles to stay still.  ‘I’m going to karate chop it out your hand,’ she says as she repeatedly makes the motion. 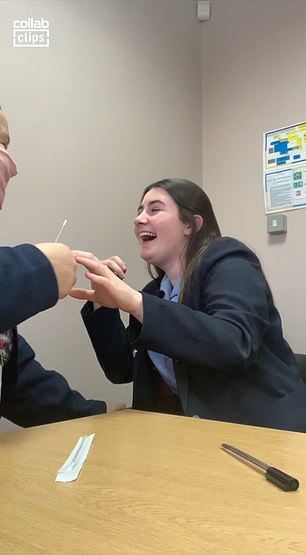 Zara Beth, 15, pictured, from Dumfries and Galloway suffers from Tourette’s syndrome, which made taking a Covid-19 nasal swab incredibly difficult

During the footage, Zara looks nervously at the nasal swab. When her mother approaches with the swab, Zara raises her hand and backs away, warning her mother ‘I’m going to karate chop you.’

When presented with the swab for a second time, Zara tried to ‘eat’ the giant cotton buds.

Then the school girl suddenly announces ‘oh s***’, before putting her finger to her lips in apology.

Later, she makes an offensive gesture to the swab and bursts out laughing.

In an effort to help along, her mother suggests ‘do you want to close your eyes’?’

Her mother then announces: ‘Oh god, this is impossible,’ before agreeing with her daughter that it ‘is a conundrum’.

Towards the end of the footage, Zara attempts to slap away the swab before apologising again to her mother.

Answering a few questions from her TikTok viewers, Zara explains: ‘It’s actually easier to make friends because it’s an interesting conversation starter. I’ve made so many friends on TikTok it’s crazy.

‘Does it affect my school life? It definitely does because I’m sat in a classroom and I clearly cannot be quiet.’

She also adds she can’t go to the cinema, sit exams with other people and sit quietly through minute silences.

Zara posted the video to TikTok where it was almost reached 60 million views. She aims to raise awareness about Tourette’s syndrome. 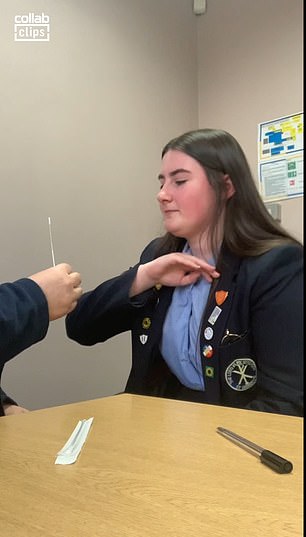 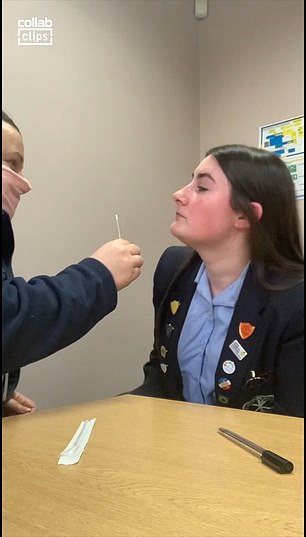 Zara Beth, 15, from Dumfries and Galloway set up a camera to show her 1.5 million followers the difficulties she faces having a Covid-19 swab test due to her Tourette’s syndrome

The Scottish teenager has 1.5 million followers on TikTok. She uses her platform to show what it is like to live with Tourette’s.

In one video, she admits the condition can cause her legs to stop working properly leaving her crouching on the ground. She said ‘it can be a big issue in public sometimes’.

In the footage she starts hopping along the path. He said he uses laughter to cope with the symptoms of her conditions.

In another video, she discusses her continued use of swear words.

She said: ‘I get a lot of comments asking about coprolalia and offensive tics so I want to make a video about that. 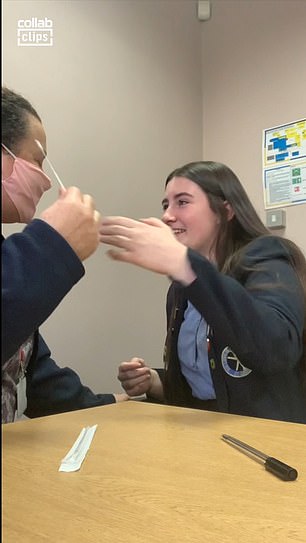 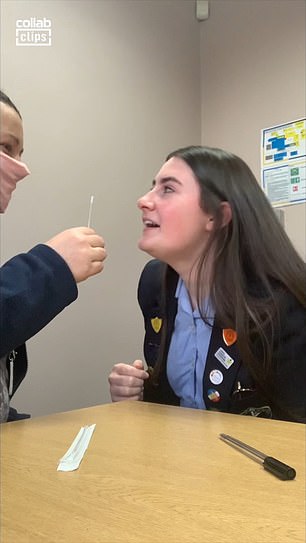 The teenager, pictured, uses her platform to inform people about her condition

‘Coprolalia is where you have tics that are swearing or obscene words and sentences.

‘We can’t control it. It is just the same as any ticks. It is completely involuntary and we don’t choose what we say.

‘So we don’t mean any of it, it’s definitely not what we are thinking. And the same goes for offensive tics or comments on people’s religion or race… anything like that.

‘None of these are okay to repeat or kind of laugh at because these are obviously not okay to say. We just can’t help it.

‘So we have to normalise it for us because we can’t stop it.

‘I feel it is important to educate people on this kind of darker side of Tourette’s because it impacts me a lot.

‘The same reactions that people have in comments are the same as the ones that I get in real life.

‘If I say the wrong thing at the wrong time, it actually puts me in danger. I just want to raise awareness for those bits.’

WHAT IS TOURETTE’S SYNDROME?

Tourette’s syndrome is a neurological condition characterised by a combination of involuntary noises and movements called tics.

It usually starts during childhood and continues into adulthood. Tics can be either be vocal or physical.

Tourette’s syndrome is named after the French doctor, Georges Gilles de la Tourette, who first described the syndrome and its symptoms in the 19th century.

There’s no cure for Tourette’s syndrome, but treatment can help to control the symptoms. 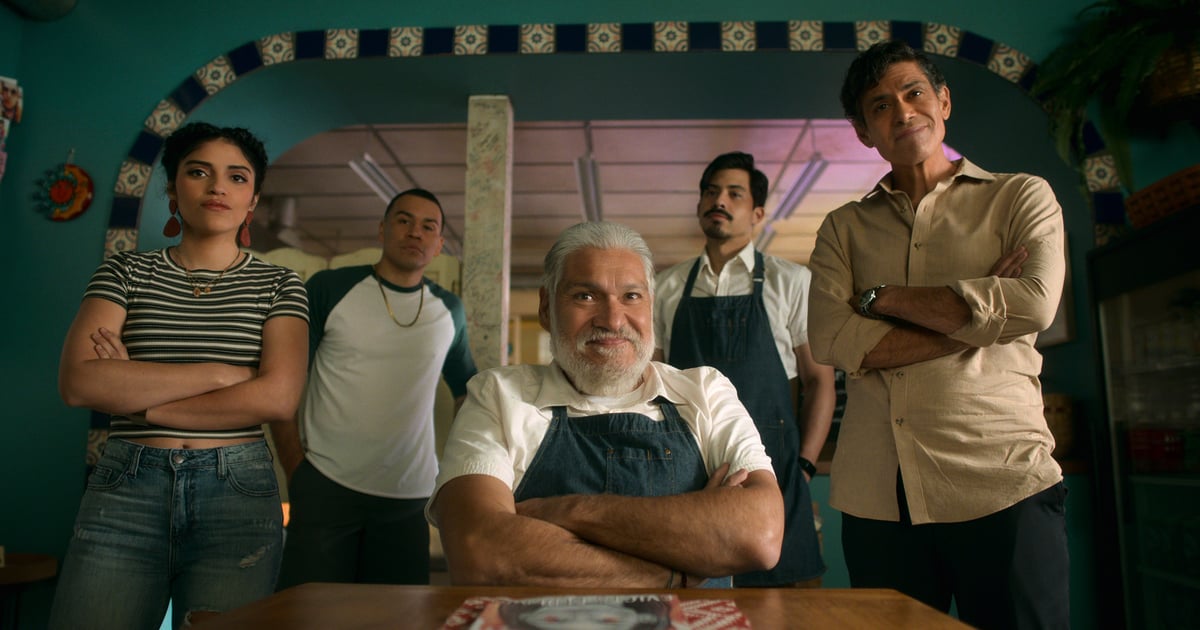 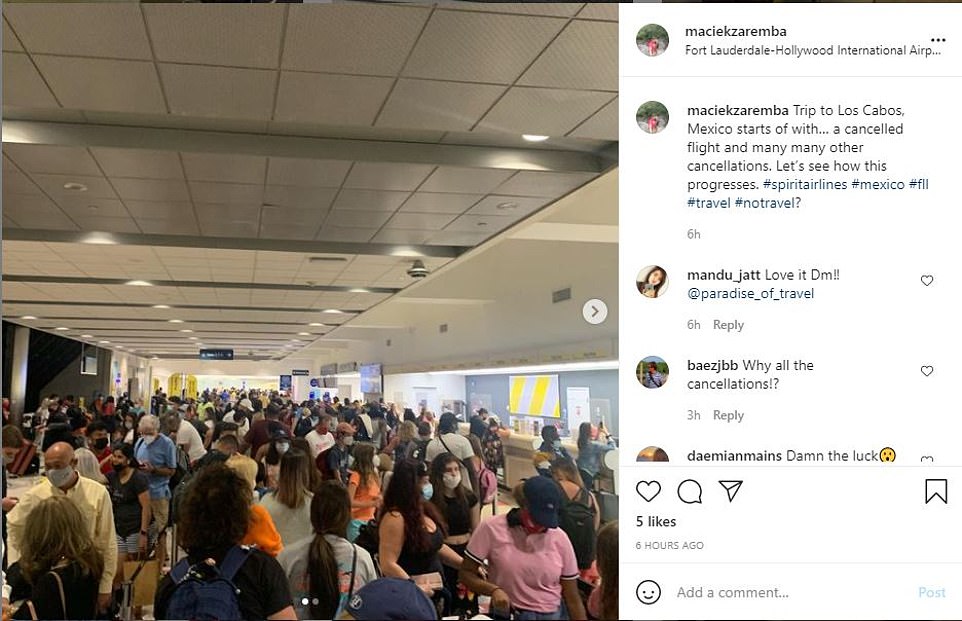 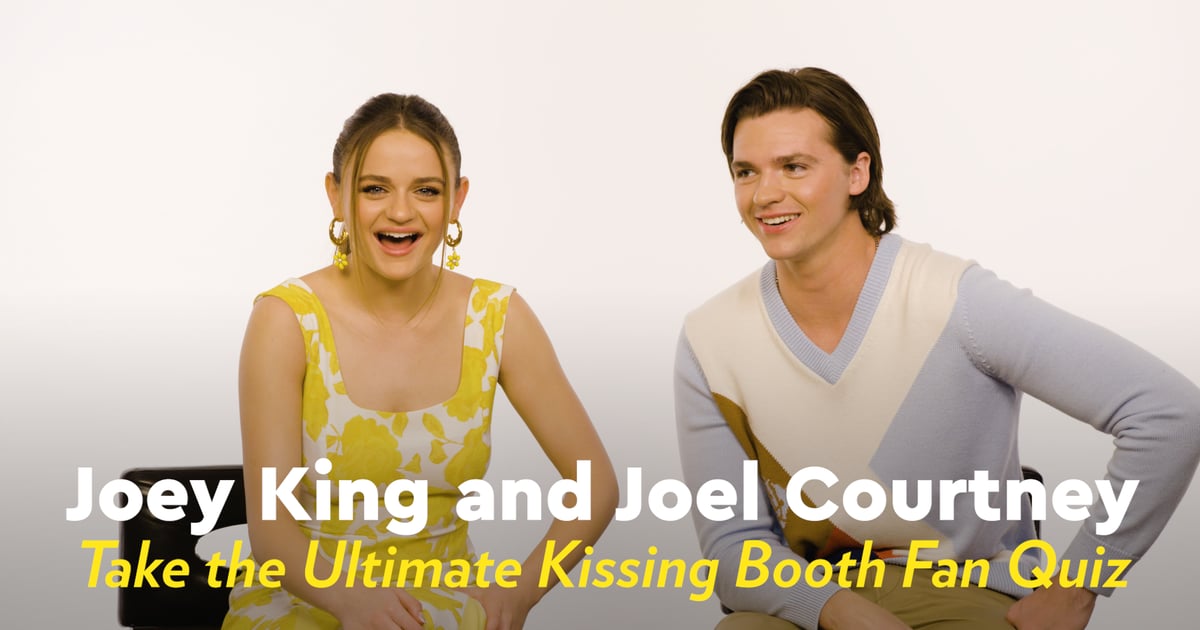 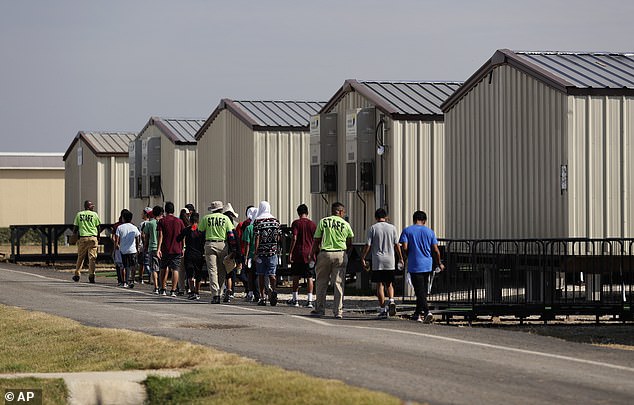 Over 700 unaccompanied migrant children held in US Border Patrol custody