‘We love the Queen on the Today show’: Allison Langdon scrambles after grumpy republican Alex Cullen scowls through report about the monarch’s platinum jubilee

By Jo Scrimshire For Daily Mail Australia and Associated Press

The Today show’s Alex Cullen showed his republican colours on Thursday as he scowled through a report about the Queen‘s Platinum Jubilee.

The 40-year-old newsreader, who was filling in for co-host Karl Stefanovic, crossed his arms and wore a grumpy expression as reporter Lara Vella spoke about the British monarch’s upcoming milestone.

His obvious cynicism about the Royal Family prompted co-anchor Allison Langdon to reassure viewers his views didn’t reflect those of the Today show or Channel Nine.

Drama queen! The Today show’s Alex Cullen (right) showed his republican colours on Thursday as he scowled through a report about the Queen’s Platinum Jubilee. Left: Allison Langdon

‘The queen is throwing a four-day party to celebrate a magnificent milestone: 70 years on the throne,’ Lara began.

‘Buckingham Palace has announced a host of events to mark her Platinum Jubilee next June, including a live concert and a pageant with 5,000 performers.’

Hinting at her colleague’s republican streak, she cheekily added: ‘Alex, no doubt we know you’ll be very excited about that one. No response there?’ 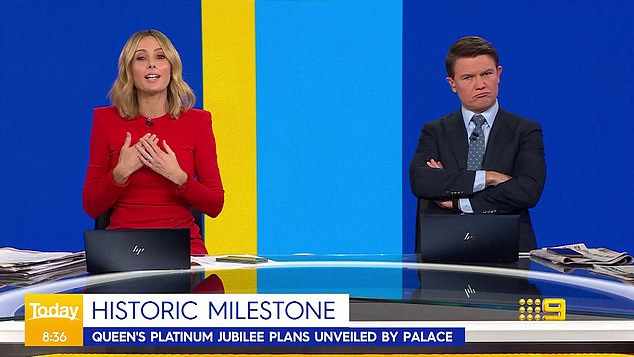 ‘We love the Queen on the Today show’: His obvious cynicism about the royals prompted co-host Allison to reassure viewers his views didn’t reflect those of the Today show or Channel 9

The camera cut to Alex slumped in his seat looking surly, as Allison smiled awkwardly and whimpered: ‘He loves the Queen…’

She then said more confidently: ‘We love the Queen on the Today show.’

‘Indeed, we sure do,’ replied Lara, before moving on to another news item.

There isn’t much support for republicanism Down Under, and many Australians don’t have strong views either way when it comes to who should be head of state.

An Ipsos poll in January showed that only a third of Australians were in favour of ditching the monarchy and becoming a republic.

Australia last had a referendum on becoming a republic in 1999. The republicans lost with 45 per cent of the vote, and one of the key reasons for this was that they could not agree on what should replace the monarchy. 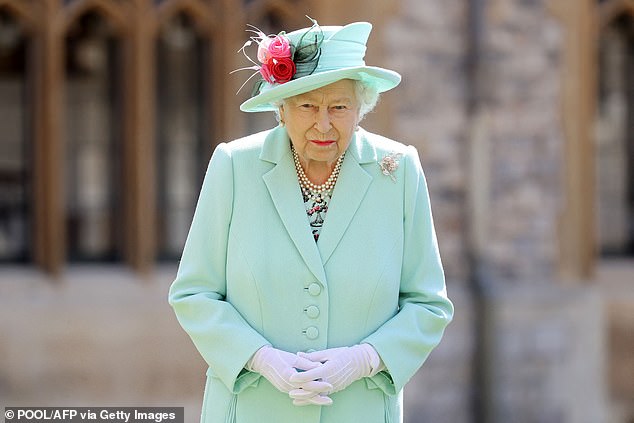 She’ll be right: There isn’t much support for republicanism Down Under, and many Australians don’t have strong views either way when it comes to who should be head of state

However, some believe there will be a push for an Australian republic once the Queen dies, with former PM Malcolm Turnbull – a staunch republican – telling the ABC in March: ‘She’s been an extraordinary head of state, and I think, frankly, in Australia, there are more Elizabethans than there are monarchists.’

Britain will celebrate Queen Elizabeth II’s 70 years on the throne with four days of festivities beginning with her ceremonial birthday parade on June 2, 2022.

Buckingham Palace on Wednesday announced the schedule of public events and community activities to mark the 95-year-old monarch’s Platinum Jubilee, which will be celebrated over a special four-day holiday weekend next year.

The celebration will kick off with the first full staging of Trooping the Colour, the parade of more than 1,400 soldiers that marks the queen’s official birthday, since the onset of the COVID-19 pandemic.

A thanksgiving service will be held at St. Paul´s Cathedral to mark her 70 years on the throne. There will also be a live concert, billed as the “Platinum Party at the Palace,´´ which the government says will feature some of the “world´s biggest entertainment stars,´´ though it didn’t identify them.

'You own a Tesla': Critics tear into AOC for posting photos of her grandma's Hurricane-ravaged home 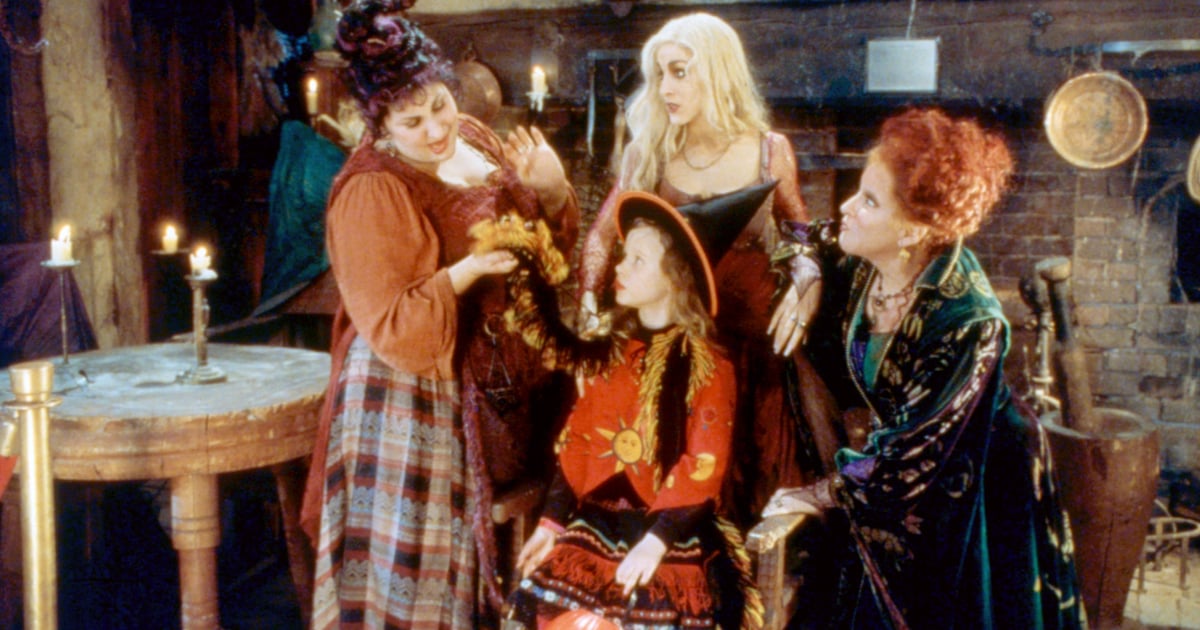 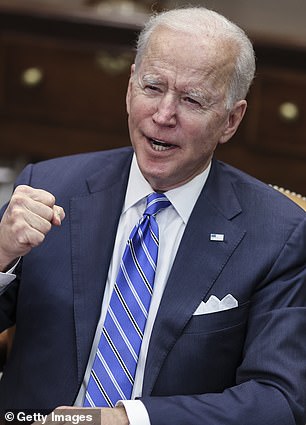 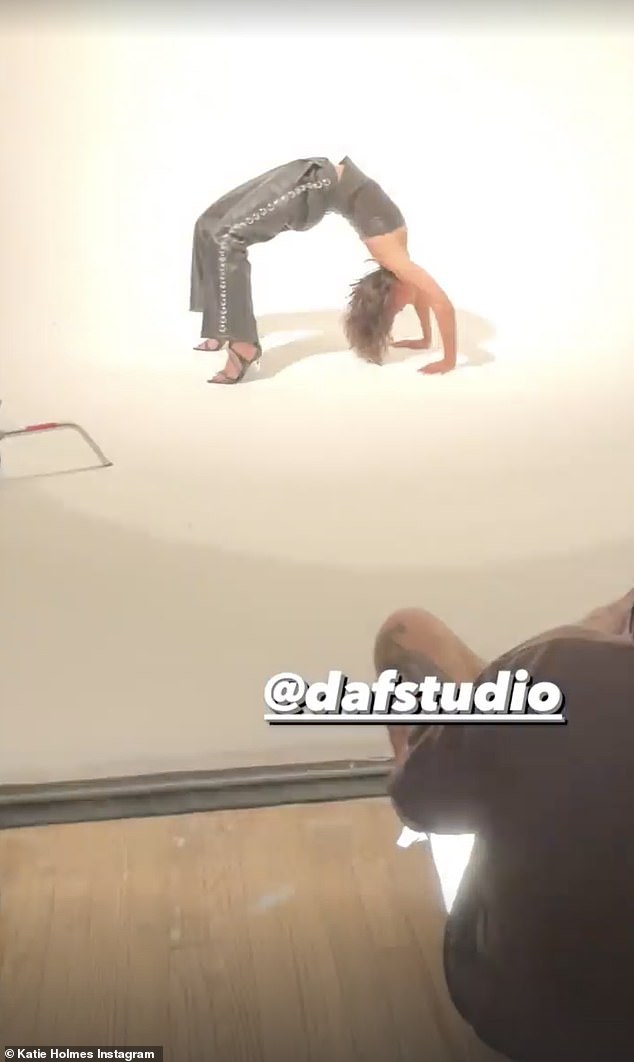 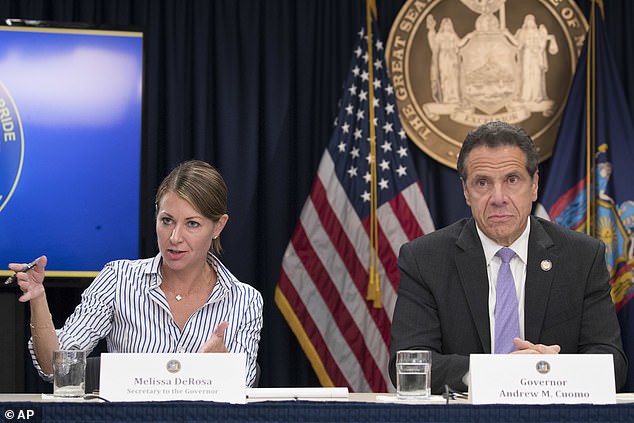 ‘Let me finish!’ Kamala dodges questions in round of car crash interviews one year post inauguration
39 mins ago