Wars are not won by evacuations,’ said Winston Churchill after Dunkirk. He was right. Eighty years on, another evacuation – our abrupt retreat from Afghanistan – could prove the biggest own goal the West has scored this century.

This shabby withdrawal is not how we envisaged success when, in 2001, we jointly led the most powerful multinational military alliance the world has ever seen.

Yet here we are abandoning the country to the very insurgency that drew us there in the first place.

Unless we wake up to the reality of what is taking place, Afghanistan might once again become a terror state. This, remember, is the country that brought us 9/11.

Moreover, by leaving, we are giving up a strategically crucial space to an expansionist China bent on taking our place.

We would lose not just the achievements of the past, but our hold on the future as well.

In our eagerness to retreat, we have abandoned our original objectives.

Sure, we went in to clear out the Taliban, who had done so much to help Al Qaeda mount its deadly assault on America in September 2001.

But we also promised the Afghan people we would rebuild their war-torn state so they could live in peace. 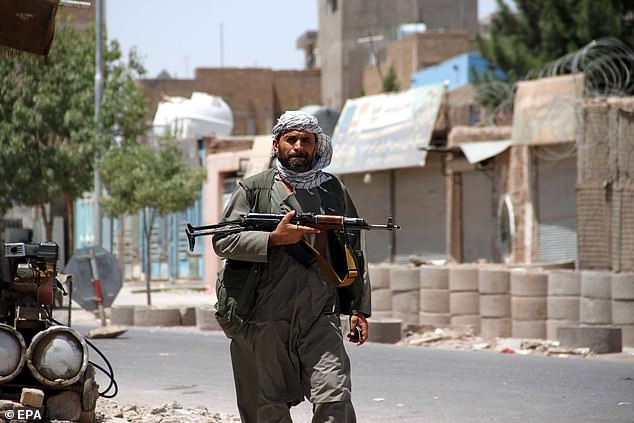 District after district has returned to a Taliban now poised at the gates of the regional capital, Lashkar Gar

The mission was never going to be simple. Afghanistan is a deeply corrupt country paralysed by decades of conflict, proxy interference and internal tribal strife.

Britain played its part. We helped stabilise Helmand Province in the south, a key region in the ‘Pashtun Belt’ from where the Taliban gets most of its recruits.

More than 150,000 British troops would eventually spend time in the province. Incredibly, the airstrip at Camp Bastion handled more flights a day than Gatwick.

At one point, we were manning more than 130 military outposts.

It is heartbreaking to see that valiant effort wasted and the sacrifice of so many British men and women cast aside.

Countless others have had their lives blighted by the devastating effects of post-traumatic stress.

District after district has returned to a Taliban now poised at the gates of the regional capital, Lashkar Gar. Two regional capitals have fallen since Friday. If Lashkar Gar falls – and other regional hubs follow, including Kandahar and Herat – only the besieged capital Kabul will remain free. And if Kabul falls, it’s game over.

Why did it go so wrong? Our own Government is refusing to conduct a review, but the answers are as plain as day.

As I saw on my frequent visits to the country as Defence Minister, too little was done to win the hearts and minds of the Afghan people. As we learned in Northern Ireland, you cannot defeat an insurgency by military means alone.

In fact, we made schoolboy errors. First, we failed to invite the Taliban to the table. They had requested a seat at the 2001 International Conference on Afghanistan held in Bonn, but Donald Rumsfeld, then US Defence Secretary, said no.

How different Afghanistan might look today if he had said yes, allowing the full range of Afghan voices to come together and build a new nation.

Second, we failed to train local security and police forces until 2005, by which time the Taliban had regrouped, rearmed and retrained on the other side of the border in Pakistan.

Finally, we imposed a Western model of centralised governance on a country where it is tribal power that truly holds sway.

While there have been strong overall leaders in Afghanistan in the past, the situation has been more like that in medieval England where, for example, King John shared power with regional barons.

When Britain and America rebuilt Germany after the war, the blueprint was clear: Keep it local. But that was a blueprint we chose to ignore in Afghanistan.

AS A result of these and other failings, we found ourselves in a ‘forever war’, one which both candidates in the last US Presidential election promised to end.

I have spoken privately to numerous serving and retired generals on both sides of the Atlantic. Not one believes withdrawing is a good idea.

A watching – and increasingly hostile – world has seen that a US-led alliance is unable to defend international standards and values.

Had we abandoned Germany in the same way after the war, the Iron Curtain would have probably brushed up against the French border. But we stayed the course for decades, helping Germany mature into a democratic powerhouse.

Allowing Afghanistan to fail will see mass migration for those who can afford to flee to Europe and a humanitarian disaster for those who have no choice but to remain.

The country will once again offer a haven for terrorism to flourish and it will soon become a battleground for neighbouring giants to exert their proxy influence.

It is not too late to prevent a full-scale civil war. But it would require a complete rethink of our present strategy.

We must retain a 5,000-strong coalition assistance force with sufficient ground, air and intelligence support to give the Afghan army enough fighting edge to contain the insurgency (as they’ve succeeded in doing over the past couple of years). Such a commitment would also give the Afghan people faith in their own government. In sum, we need an overhaul of Western strategy, with – for example – a more federal, less Kabul-centred model of administration.

We must secure the backing of Pakistan and end its support for the Taliban cause. We need to bring transparency and accountability to Afghanistan’s state finances. 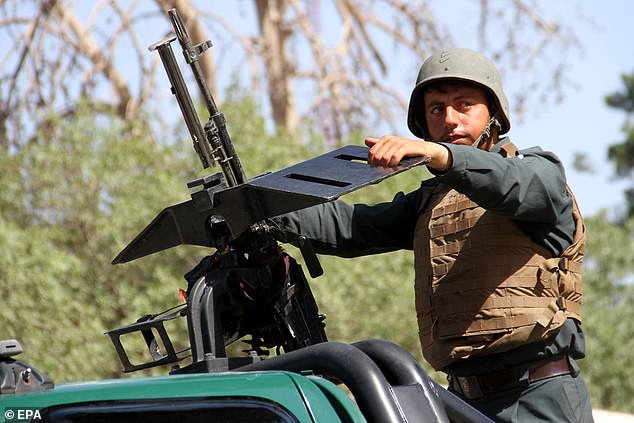 The peace has not been lost yet in Afghanistan. But if we simply give up, then the fight is over

This is a turning point in history.

Do we stand up for our principles and do the right thing? Or do we allow an international catastrophe with long-term consequences to unfold?

The outlook was bleak for Britain following Dunkirk, but Churchill knew he had to carry on, ‘if necessary for years, if necessary alone’.

The peace has not been lost yet in Afghanistan. But if we simply give up, then the fight is over.

If the phrase ‘Global Britain’ means anything, it must mean stopping international terrorism – and preventing an immoral Chinese state from exploiting growing world divisions.

Churchill’s Britain stepped forward when others hesitated. We must do so again – for the sake those who have died and those yet to suffer.

David Beckham, 46, and Victoria, 47, order 'the best' grub in NYC with their kids 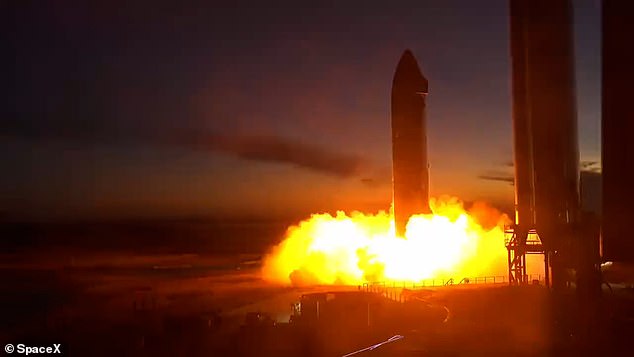 SpaceX fires up its SN20 Starship prototype for the first time 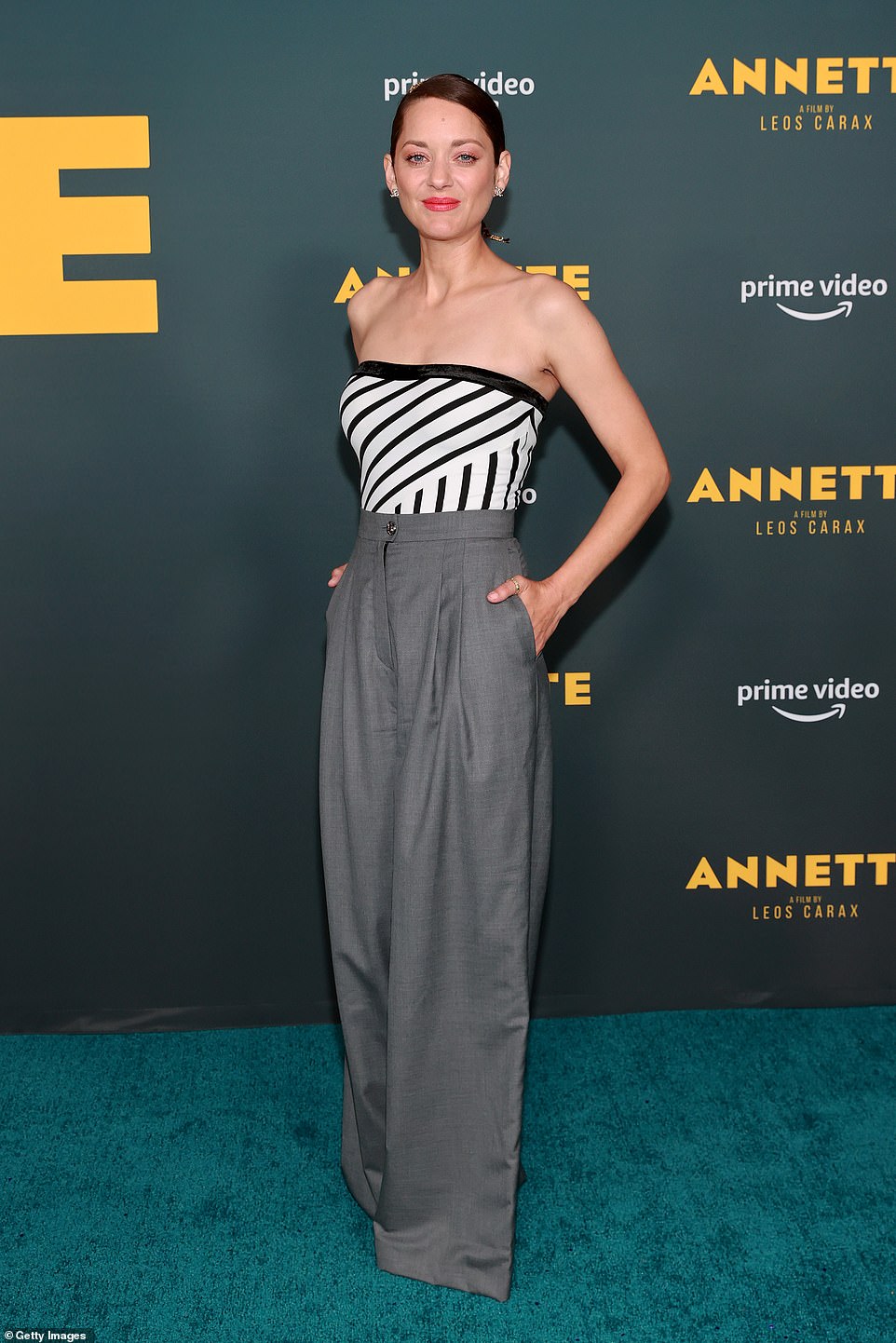 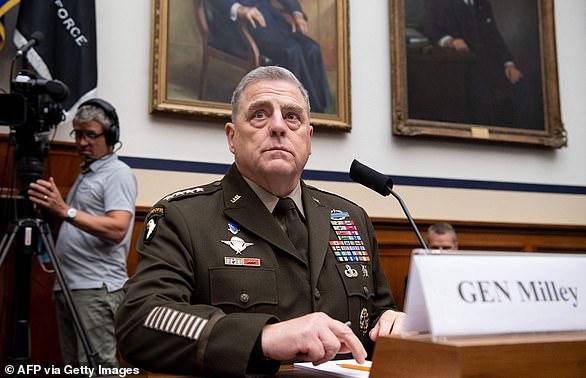 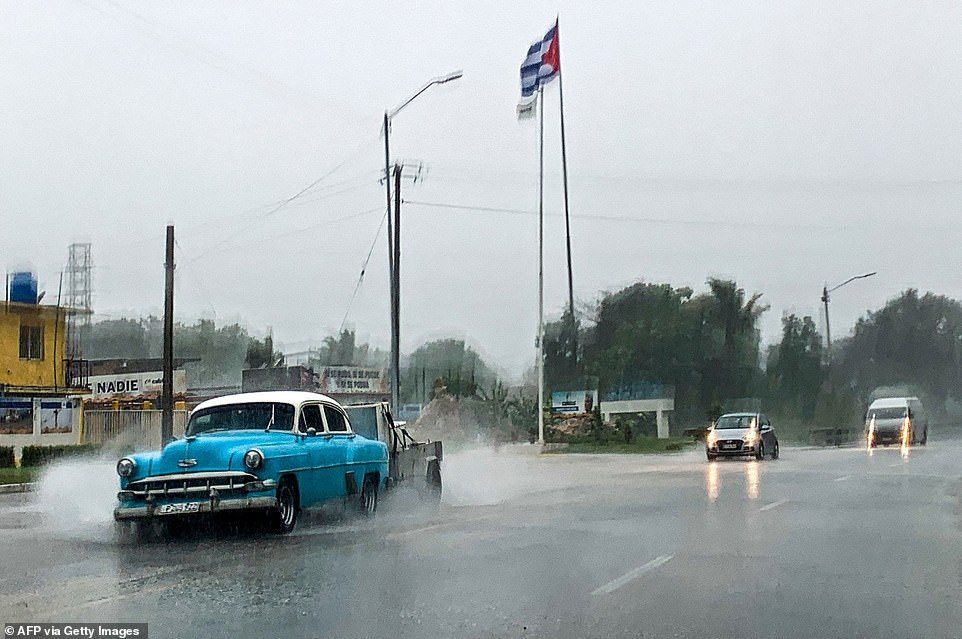