Tiger Woods has confirmed he will continue his recovery from his horrific car crash last month at his home in South Florida.

Woods underwent surgery on open fractures to his lower right leg and additional injuries to his foot and ankle following an accident in Los Angeles on February 23.

But in a statement the 15-time major champion and 82-time PGA Tour winner confirmed he has now left the LA-based hospital and will look to continue his road to recovery in more familiar surroundings. 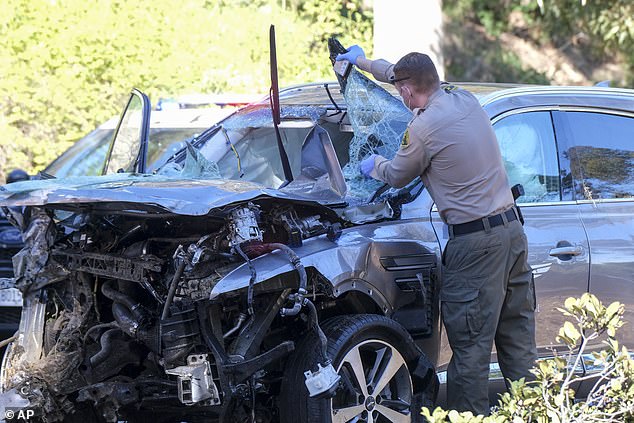 ‘Happy to report that I am back home and continuing my recovery. I am so grateful for the outpouring of support and encouragement that I have received over the past few weeks,’ Woods said in a statement.

‘Thank you to the incredible surgeons, doctors, nurses and staff at Harbor-UCLA Medical Center and Cedars-Sinai Medical Center. You have all taken such great care of me and I cannot thank you enough.

‘I will be recovering at home and working on getting stronger every day.’ 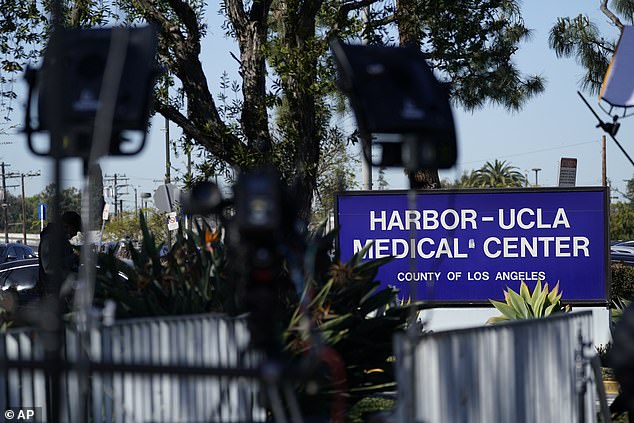 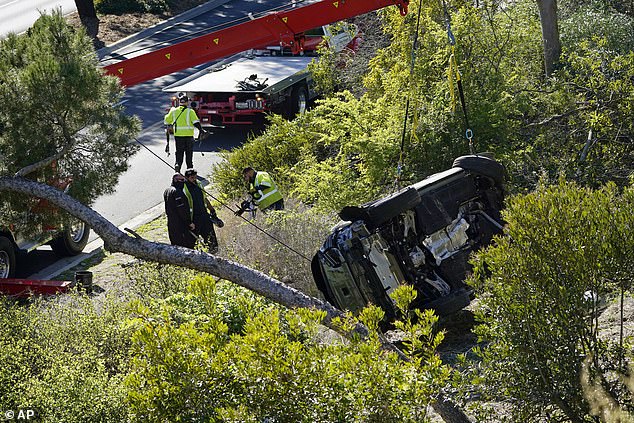 Woods, 45, was driving an SUV loaned to him by his PGA tournament on the day of the crash

Woods, 45, was driving an SUV loaned to him by his PGA tournament, the Genesis Invitational at Riviera Country Club, on the morning of February 23 when he struck a raised median, crossed through two oncoming lanes and uprooted a tree.

The crash occurred on a downhill stretch that police said is known for wrecks.

Woods was rushing to meet NFL stars Drew Brees and Justin Herbert at a golf club where they were due to film for GolfTV when he crashed his Genesis GV80. 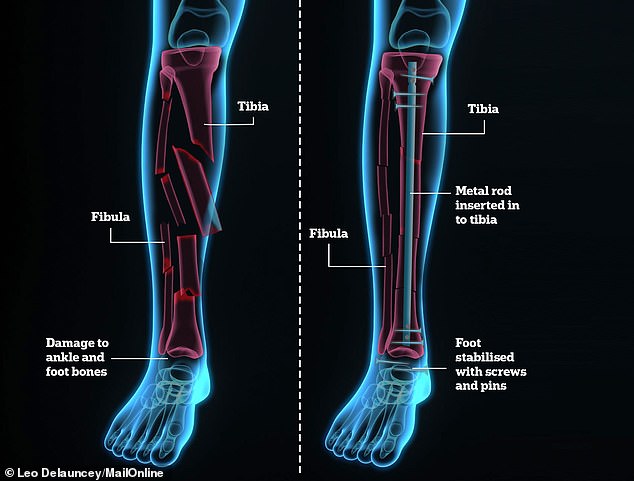 'I would recommend it': Trump tells supporters to get COVID vaccine after 50% of GOP voters refuse 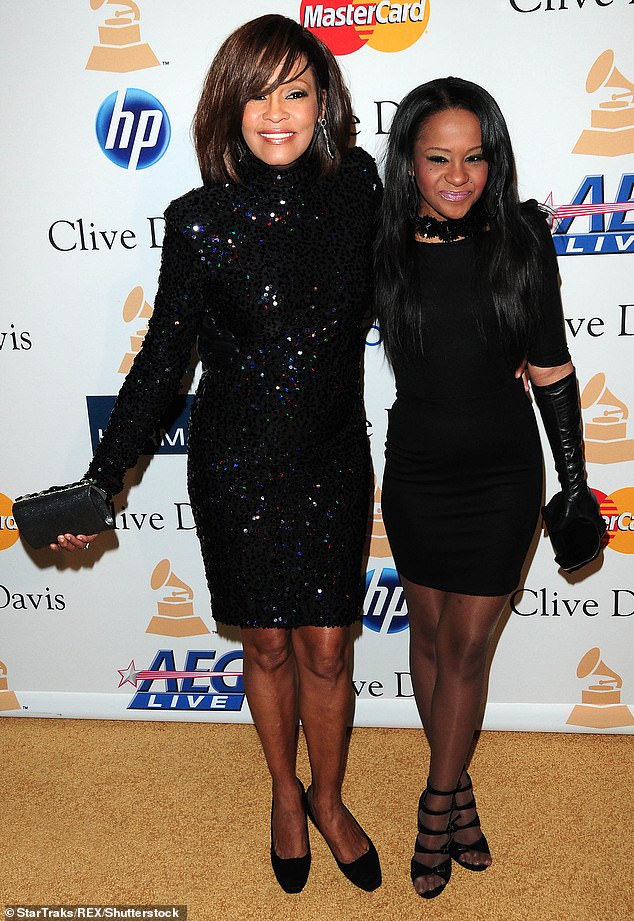 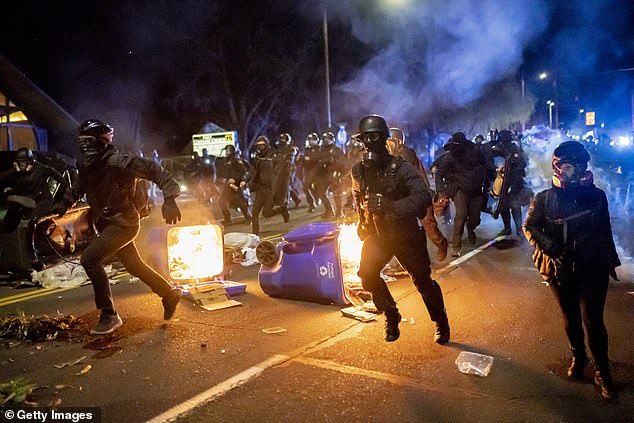 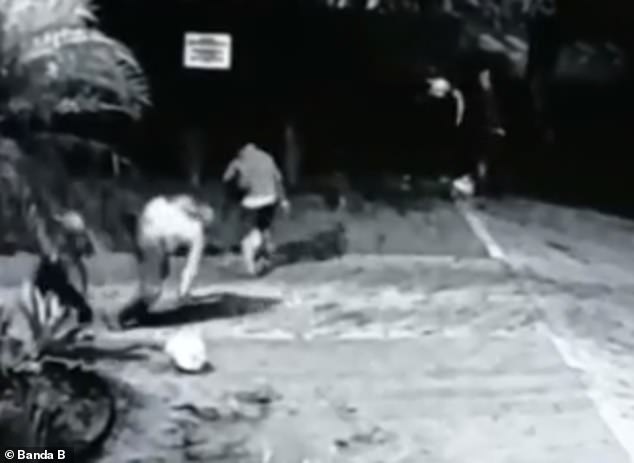