‘The Morning Show’ season 2 is on the horizon. The highly-anticipated second season is currently in the works. Here’s what we know so far about the cast, release date, plot, and more.

The Morning Show was one of Apple TV+’s big hits when the streaming service launched in November 2019. The series brought Jennifer Aniston back to TV, and she teamed up with Reese Witherspoon again and a terrific ensemble to form one of the most powerful casts on television. The show earned 8 Emmy nominations, with Billy Crudup winning for Outstanding Supporting Actor in a Drama Series. A second season was quickly granted a week after The Morning Show’s premiere.

It’s been nearly 2 years since The Morning Show premiered, but season 2 is on the way. After COVID-19 delays, the show is gearing up for a hopeful 2021 launch. From who’s coming back to new cast members to what season 2 will be about, these are the latest updates about The Morning Show season 2.

While Apple TV+ hasn’t announced an official release date yet for The Morning Show season 2, the new season will likely premiere in 2021. The cast has been filming the second season since October 2020. Showrunner Kerry Ehrin told Variety in 2019 that they were planning to film the show in the summer of 2020 of “be on next November.” However, the COVID-19 pandemic shut down production for months so a 2020 release date was no longer possible.

Production on season 2 halted on March 12, 2020, due to the COVID-19 pandemic. Reese Witherspoon told Regina King in Variety’s Actors on Actors series that The Morning Show season 2 had been in production for “four weeks” before getting shut down. Filming resumed in October 2020. Reese tweeted about the news, “And We are Bacccckkkkk!” In December 2020, Reese posted a video from The Morning Show set and wrote, “Guess who’s back!!!!”

Jennifer Aniston also shared a photo during production in January 2021. “Aaand, we’re back…” she captioned photos of herself with her hairstylist Chris McMillan. The SAG Award-winning actress was still filming in February 2021 when she posted an Instagram video from the set as she made her morning coffee.

Jennifer Aniston and Reese Witherspoon are both back as Alex Levy and Bradley Jackson. Fellow season 1 cast members Billy Crudup, Mark Duplass, Nestor Carbonell, Bel Powley, Karen Pittman, and Desean Terry are also returning for season 2. Gugu Mbatha-Raw is not coming back since her character died in the first season.

Steve Carell is expected to return as Mitch Kessler. He had originally signed a one-year deal, but The Morning Show producers “wanted him back and had indicated that they were pursuing a new deal with the actor,” according to Deadline.

The Morning Show season 2 will welcome a number of new cast members. Hasan Minhaj, who hosted the Netflix series The Patriot Act with Hasan Minhaj, has joined the cast. He will play Eric, a “charismatic, rising star who joins The Morning Show team,” according to Deadline. Hasan posted about his exciting new gig on his Instagram page in November 2020. “A new chapter. Can’t wait for y’all to see the new season of @themorningshow!” he wrote. This marks Hasan’s first acting role in a drama series.

Julianna Marguiles, best known for her roles on The Good Wife and ER, is a season 2 cast member, Variety reports. She’ll play Laura Peterson, an anchor at UBA News. Greta Lee and Ruairi O’Connor have also joined the cast as series regulars. Greta will play Stella Bak, an “ambitious leader of an online media company that caters to a millennial and Gen Z audience,” according to Deadline. Ruairi, who recently starred as King Henry VIII on The Spanish Princess, will play Ty Fitzgerald, a “charismatic and savvy YouTube star.”

What Will Season 2 Be About?

The first season of The Morning Show ended with a number of bombshells in the wake of Hannah’s tragic death. Chip lost his job and revealed he was the one who leaked the story about Mitch to The New York Times. Alex put her foot down once and for all decided to speak out — while live on the air. Alex and Bradley told the world about the toxic workplace culture and sexual misconduct that’s gone on at UBA.

Following the season finale, showrunner Kerry Ehrin told The Hollywood Reporter that season 2 would be “a lot about transition. And still, at the same time, a lot of the same sh*t goes on! You set new rules, but then it falls back. This is true in the real world. Where it becomes: are we paying lip service to women’s rights? So it’s really just examining the transition period more but with the same themes of: What is real? And people having this desire to have control over their own lives, which they perceive as being through power.”

Reese teased a “new world order” in season 2 back in 2020. “I feel like at the end of this 10 episodes, there’s a whole new world order. It’s chaos,” she said in January 2020 at the TCA press tour. “No one knows who is in charge and what leadership means at this point. I think that’s what we’re exploring in the culture right now as it goes topsy turvy, what is the new normal? I’m excited that we’ve got a lot more to explore.”

Season 2 will also include the coronavirus pandemic. Mark Duplass revealed that the writers were “rewriting” some of season 2 after production was shut down. “We shot two episodes before we shut down due to the pandemic, but I know that they’re also rewriting, which is crazy because that’s what happened in the first season,” he told Deadline. “They had a whole set of scripts [then] and they rewrote everything to include the #MeToo movement, and now we’ve got other, larger, global phenomenon to deal with. I don’t know what they’re doing but I know they’re rewriting.”

The Morning Show director Mimi Leder noted that the second season of the Apple TV+ series will mirror what the real-life morning shows experienced during the pandemic. “We’re a morning show that deals with the ills of the world, racism, injustice, and all that morning show light stuff. And then you incorporate COVID, just like the morning shows did,” she told Gold Derby in August 2020.

How To Watch ‘The Morning Show’

The first season of The Morning Show is currently available to watch on Apple TV+. An Apple TV+ subscription is only $4.99 a month. The Morning Show season 2 will premiere on the streaming service. Season 1 dropped 3 episodes at once for its premiere and then moved to a one-episode-per-week release. Season 2 will likely follow the same format. The show is not available on any other streaming platform like Netflix, Hulu, or Amazon Prime Video. 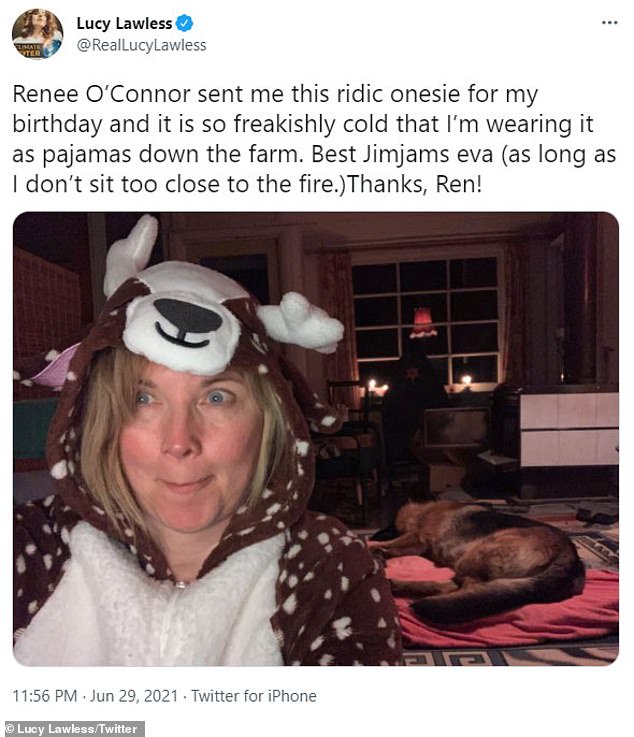 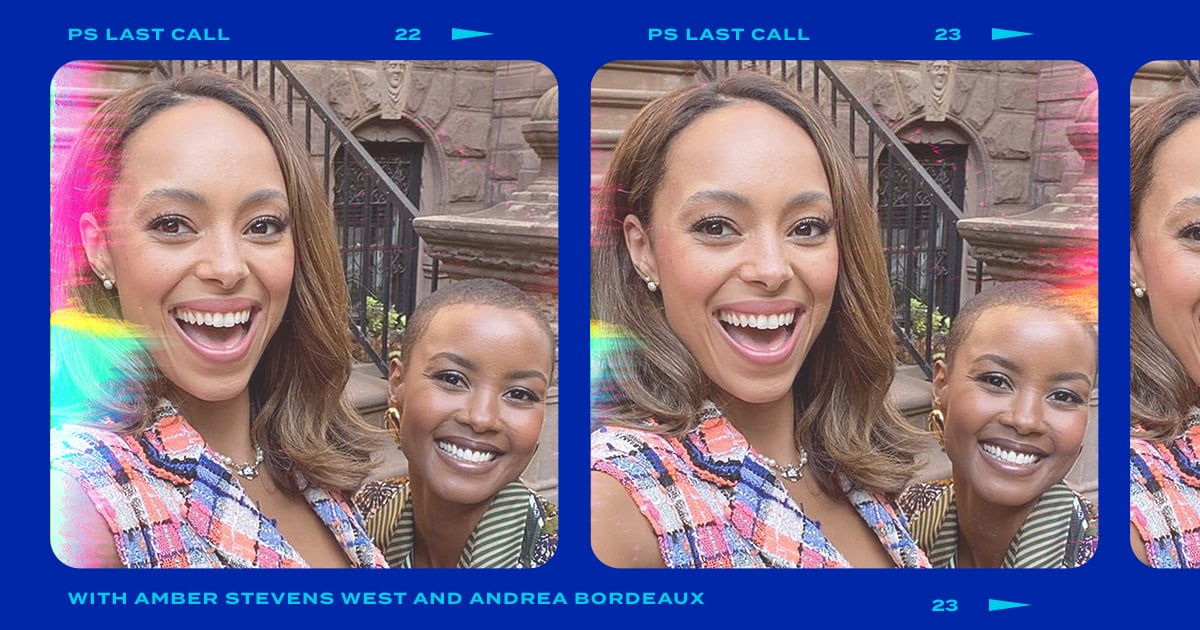 Run the World: Amber Stevens West and Andrea Bordeaux Dish on Their Friendship Off Screen 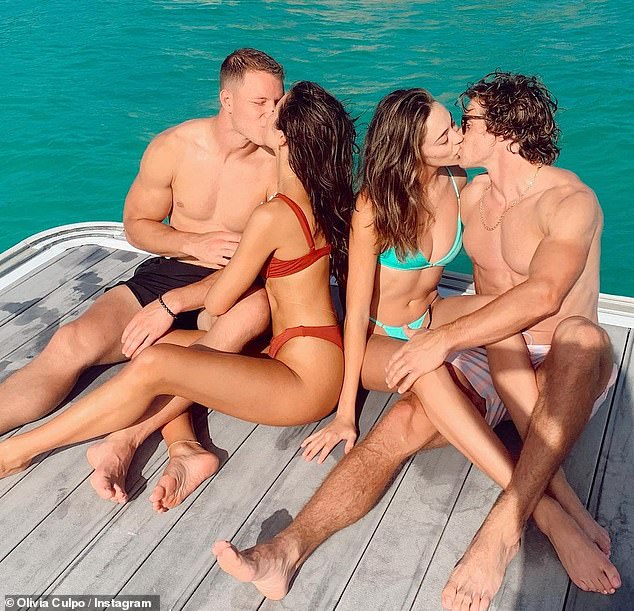 Planning a Trip to Joshua Tree Town? Here Are Some Useful Tips | Luxury Activist
38 mins ago