Since Meghan first stepped into the royal limelight, Oprah Winfrey has determinedly set about wooing her, from doing yoga with Meghan’s mum Doria, to providing gifts, flattery and mentorship — not to mention a powerful plug for her brand of oat-milk lattes on Instagram.

But while these acts of courtship show a clear link between Oprah and Meghan, what has been less obvious is the extraordinary way in which so many of Meghan’s friends and staffers are drawn from the Orbit of Oprah, known as the Queen of All Media.

Prince Harry and Meghan have drawn a father figure, charity executive, a PR and several celebrity mentors from Oprah’s circle of friends. On a more practical level, friends of Oprah, 67, have loaned them two mega-mansions.

Just coincidence? Maybe. But the links are numerous and deep.

Since Meghan first stepped into the royal limelight, Oprah Winfrey (pictured arriving at Harry and Meghan’s 2018 wedding) has determinedly set about wooing her

For instance, Meghan’s pet author who wrote the couple’s biography Finding Freedom is a royal correspondent on Oprah’s eponymous magazine.

Her favoured make-up artist Daniel Martin has been profiled in Oprah’s magazine, too.

The new boss of Meghan’s charity previously set up charitable ventures with the support of the Oprah empire.

Even Meghan’s best friend Misha Nonoo, who is said to have set up Harry and Meghan, has holidayed on the same yacht as Oprah — a development which coincided with the Royal romance.

No wonder that opening her heart to Oprah seemed such a safe option for the Duchess of Sussex.

But how did Meghan come to be surrounded — even embraced — by Oprah’s cheerleaders?

ALISON BOSHOFF has the story of how Team Sussex and Team Oprah came to be so perfectly aligned and asks, which party was in the driving seat when it came to forging this relationship which is of spectacular mutual benefit?

Music producer David Foster, 71, has become a close friend to Prince Harry and Meghan. Foster’s wife Katharine McPhee rather indiscreetly said her musician husband ‘has a really, really beautiful relationship with Harry,’ and that they are ‘like father and son’.

Foster, 71, has been married five times and he and McPhee had a baby boy together last month.

There are reports that they spent last Christmas together at the Sussex home in Montecito, California and the Fosters are said to be house hunting in the area to cement the bond. McPhee, 36, was at school with Meghan, albeit several years below her. 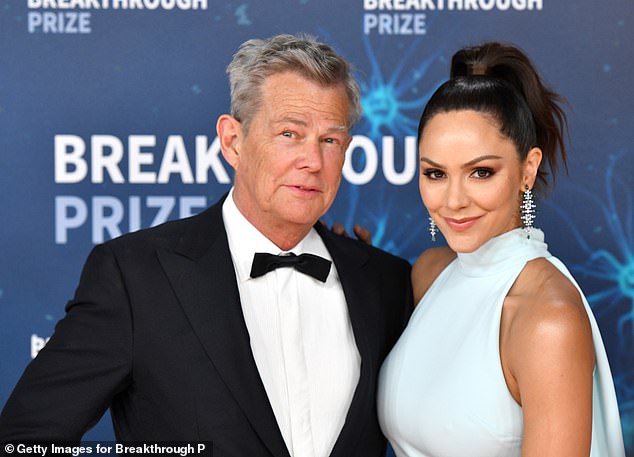 Foster was instrumental in the couple’s stay at the £10.7 million Mille Fleurs house in Vancouver, Canada, from November 2019 to March 2020. The house was secured for them by Foster, whose friend owned the house. Harry and Meghan reportedly paid a rent that was ‘well below market value’.

Meanwhile, Foster has been friends with Oprah Winfrey for years. Oprah was one of the highest profile stars to travel to Canada to lend wattage to his Miracle Gala in 2017 which celebrated 30 years of charity work by the mogul.

He’s been interviewed on camera numerous times both by Oprah and by her close friend, Gayle King.

No one is closer to Oprah than Gayle King. One-time newsroom colleagues whose friendship has spanned decades, both have felt the need to deny reports they are lesbian lovers.

King, 66, presents the breakfast show on CBS and is an editor at large for Oprah’s magazine. They often holiday together — in 2017 on music mogul David Geffen’s superyacht in the Mediterranean and in Tahiti with Barack Obama and his wife Michelle in 2018. 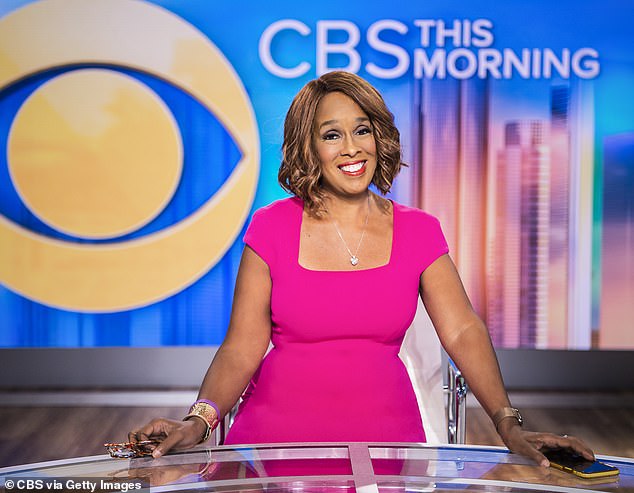 She was present at the £300,000 baby shower in New York in February 2019. She also spent a weekend in the UK, shortly before Archie’s birth on May 6, 2019, and ‘popped in’ to see the couple at Frogmore in Windsor, telling CBS viewers that Harry was an ‘over-the-top’ giddy dad’ and called the Queen ‘Granny.’ At Meghan and Harry’s insistence, a team from CBS was present at the photocall where the Queen met the baby.

Gayle then presented ‘Harry and Meghan Plus One’, an admiring documentary about the couple’s first year of married life. She has been plugging the forthcoming interview, saying that her friend Oprah believes its the best work she has ever done, and telling viewers no topic is off limits.

She added that the advice was pivotal when it came to choosing her husband Alexis Ohanian, the co-founder of social media platform Reddit. 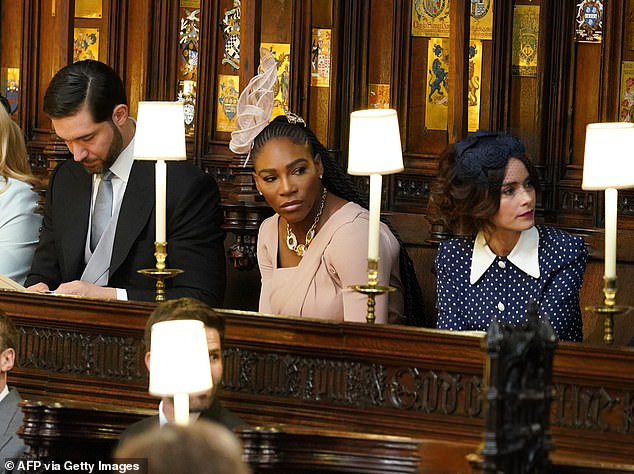 Tennis champ Serena Williams, who became friends with Meghan after meeting the actress at a charity event, regards Oprah as a mentor

Serena became friends with Meghan after meeting the actress at a charity event over a decade ago.

After the news of the royal romance broke, Serena said that Meghan had asked for some advice on how to handle the resulting publicity. She said: ‘Her personality just shines. I told her, “You’ve got to be who you are, Meghan. You can’t hide.” ’

Serena was among the guests at the Royal Wedding in 2018 and is understood to have paid most of the bill for Meghan’s baby shower which she also organised. The party took over the penthouse suite of Manhattan’s £57,000-a-night Mark Hotel.

Caroline Durand is co-author of Finding Freedom, the sensational book about the couple that was published in August last year.

Harry and Meghan deny co-operating with Durand and Omid Scobie. However the authors say that they talked to more than 100 friends of the couple and published an enormously detailed and very sympathetic account of royal life from Meghan and Harry’s viewpoint.

Durand is a regular contributor to O, The Oprah Magazine, and to the website oprah.com, where she writes about all things royal, and has done for some years.

Actor, director/producer and writer Tyler Perry was propelled to mega-stardom via a deal with Oprah and her Oprah Winfrey Network, for whom he created scripted TV series including The Have And The Have Nots.

Worth an estimated billion dollars, he loaned Meghan and Harry a vast eight-bedroomed mansion on Beverly Ridge, LA, for four months while they were contemplating where to live permanently. 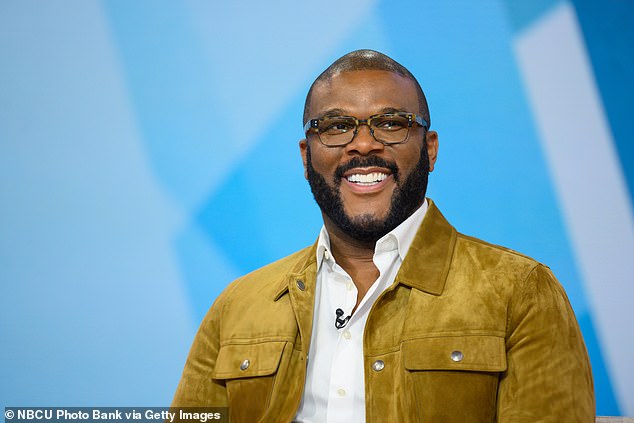 Oprah denied that she had fixed up the deal for them and it seems likely that actually the contact was Keleigh Thomas Morgan.

…And PR girl for both who came to wedding

Keleigh Thomas Morgan is a partner at PR firm Sunshine Sachs which has looked after Meghan since her days on the series Suits and is in charge of her press again. 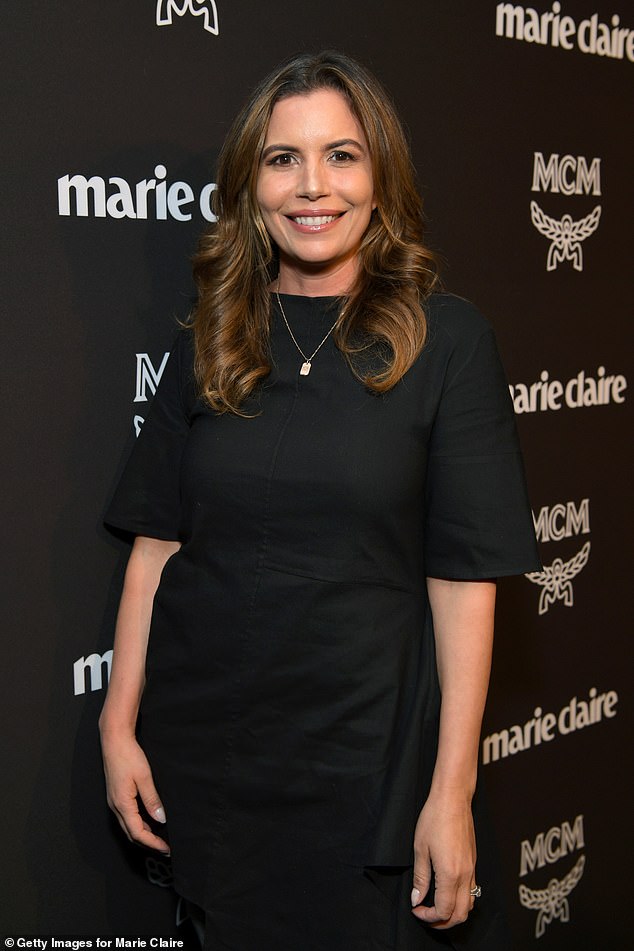 She has such an important position in Meghan’s life that she attended the Royal Wedding. She is also the long-time PR for Tyler Perry and announced the deal that took him to ViacomCBS in 2019.

Winfrey clue to the Clooney connection

There was surprise when George Clooney and his wife Amal turned up at the Royal Wedding — the question was asked how they knew Harry and Meghan?

It is possible the Oprah connection came into play here as Oprah and George Clooney have been friendly for years, thanks to their mutual support of the Democratic Party in general and of Hillary Clinton in particular. 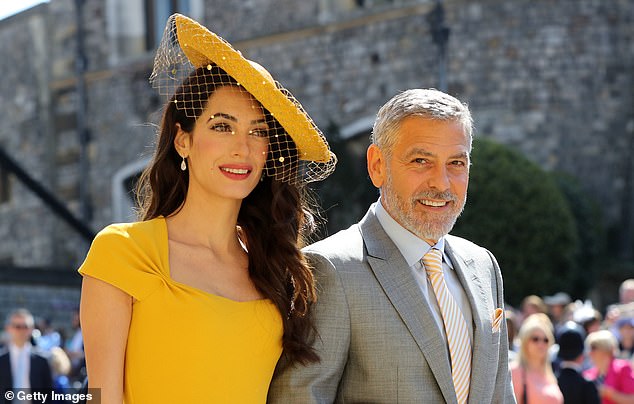 Post-wedding, the friendship between the Sussexes and the Clooneys has blossomed

Oprah had a cameo role in the Clooney film Oceans 13 in 2007; she has had George on her chatshow numerous times to talk about his charitable endeavours in Darfur and also matched the Clooney’s $500,000 donation to the March For Our Lives gun control march in 2018.

Post-wedding, the friendship between the Sussexes and the Clooneys has blossomed.

Meghan and Harry enjoyed a break with the actor George and Amal at their home on Lake Como in August 2018. Clooney sent his private jet to fetch them from London. After the February 2019 baby shower in New York, which Amal attended, Meghan took a ride back to London on the Clooney jet.

Daniel Martin was the man who did Meghan’s make-up on her wedding day, and his friendship with her is such that he attended her baby shower and also visited her in Frogmore Cottage. 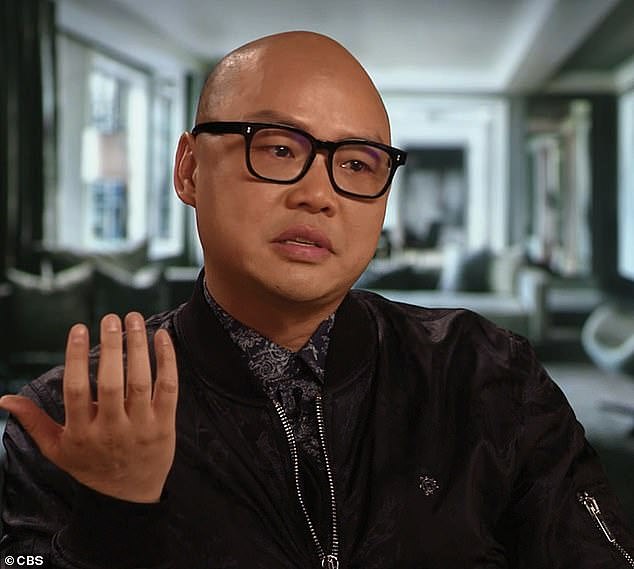 Soon after the wedding, he was the subject of a flattering profile in Oprah’s magazine which noted that he had brought out a $110 Argentinian leather make-up bag.

A portion of the proceeds from the project was donated to a domestic abuse charity. The article linked to the website of the Cuyana brand which manufactured it.

Meghan and Misha Nonoo are longstanding best friends and went on holiday together around Europe in 2016 — at the time when she first met Prince Harry. It’s thought that the clothes designer was the one who made the introduction. 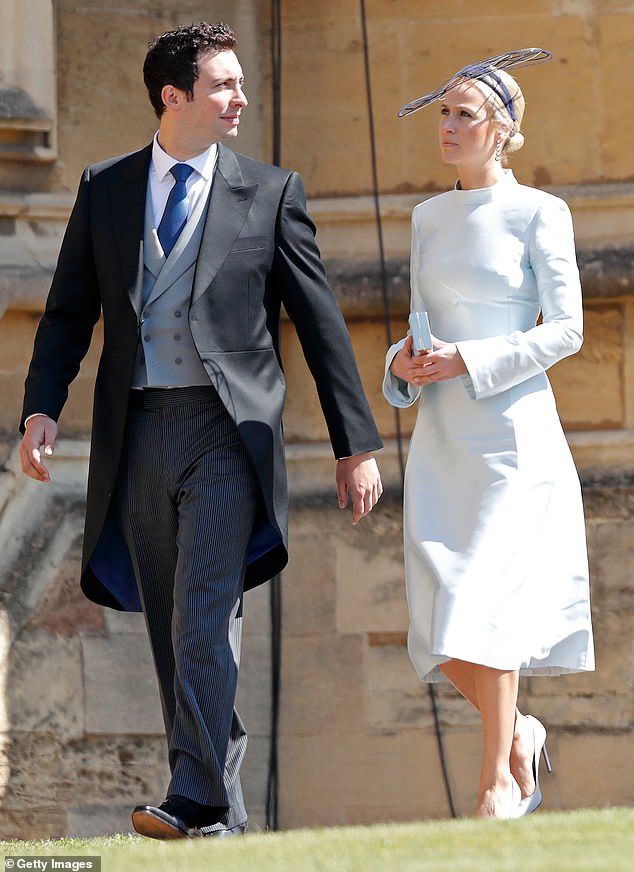 Meghan and Misha Nonoo (right, with Michael Hess) are longstanding best friends and went on holiday together around Europe in 2016

There’s no indication Nonoo and Oprah had met before the Royal Wedding, which both attended, but by the summer of 2019, Misha and her fiance, oil heir Mike Hess, were on film mogul David Geffen’s £150 million superyacht — as was Oprah.

The following month, Misha and Hess were married in Rome, and Oprah’s confidante Gayle King was not only among the guests, but seated at the top table.

New neighbours who holiday with Oprah

Singer Katy Perry and her fiance Orlando Bloom are friends with Oprah, and were also on the Geffen Yacht over the summer of 2019 — breaking off to go to the very exclusive Google Camp climate change conference, where celebrities, scientists and power brokers meet each year in a luxurious location to discuss green issues. 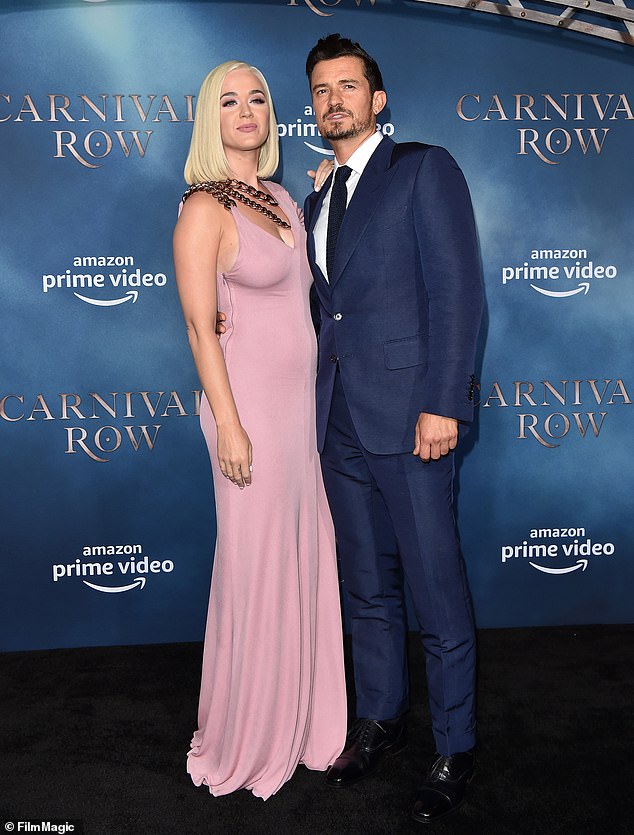 Singer Katy Perry and her fiance Orlando Bloom are friends with Oprah, and were also on the Geffen Yacht over the summer of 2019

While there, they had the chance to listen to Prince Harry’s barefoot address about the environment.

The pair, who have daughter Daisy, recently bought a house in Montecito, home to Oprah and the Sussexes.

They also went to the Nonoo/Hess wedding.

Melinda Gates, philanthropist wife of one of the world’s richest men, Bill Gates, is close to Oprah and calls her ‘my dear friend’.

Melinda’s philanthropic investment company, Pivotal — whose chief of staff was Catherine St Laurent — launched a $250,000 literary prize for women writers via an interview in Oprah Magazine. 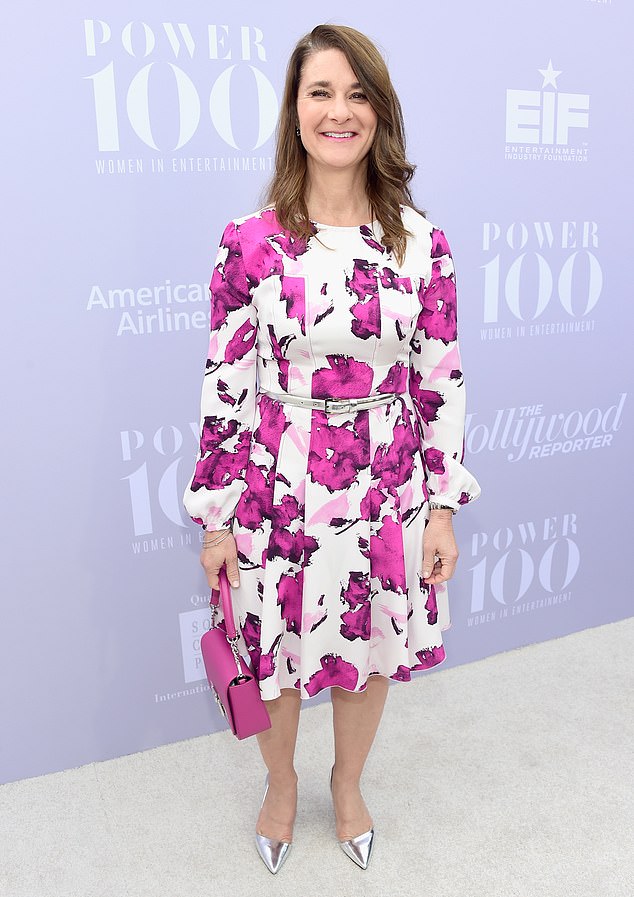 Melinda Gates, philanthropist wife of one of the world’s richest men, Bill Gates, is close to Oprah

And last April it was announced that St Laurent has taken up the reins at the Sussex non-profit Archewell.

How Obamas provide a model for Sussexes

The Obamas — with their philanthropic foundation and a Netflix deal thought to be worth over £100 million — have proved influential role models for Harry and Meghan’s post-UK lives.

The royal couple were reportedly hugely disappointed not to be able to invite them to their wedding but it would have been seen as a snub to then-president Donald Trump, who was not on the list. 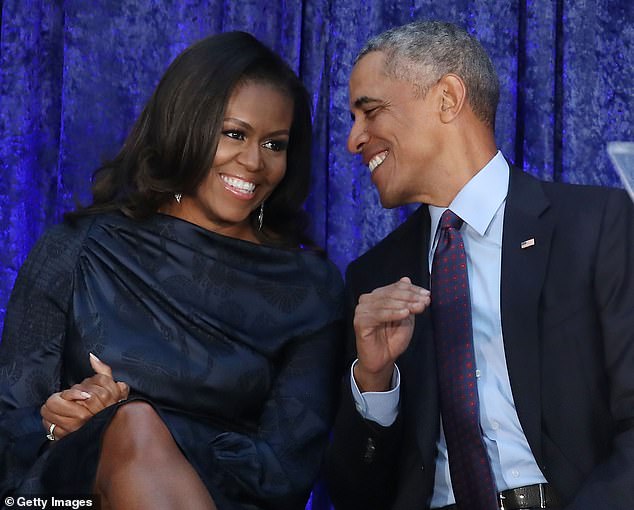 The Obamas have proved influential role models for Harry and Meghan

The Obamas and Prince Harry were first brought together by the Invictus Games which Michelle supported. Harry has, in turn, supported Michelle Obama’s ‘Full Effect’ education programme for under-privileged teenagers.

Meghan made a surprise visit to meet Michelle backstage when she was on a speaking tour of the UK.

Oprah is personally close to the Obamas and has repeatedly hosted them, praised them and made donations.

She endorsed Obama’s presidential run in 2008, contributed funds to his election campaign and has since given ‘over $1 million’ to his foundation.

Getting cosy with Hillary Clinton

Hillary Clinton’s bid for the White House was endorsed by Oprah who declared: ‘I’m with her.’ 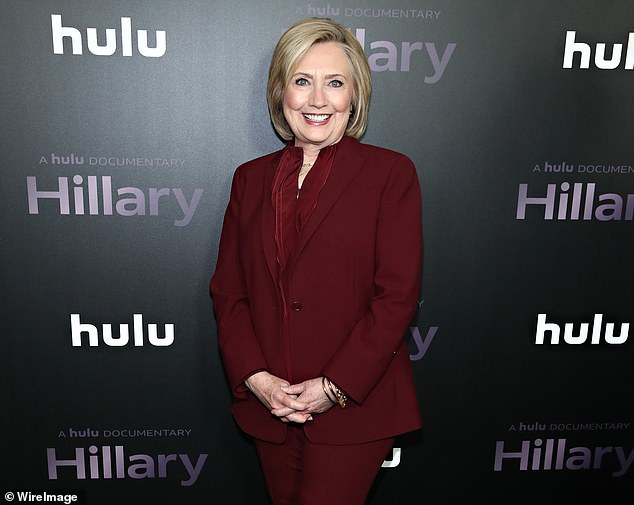 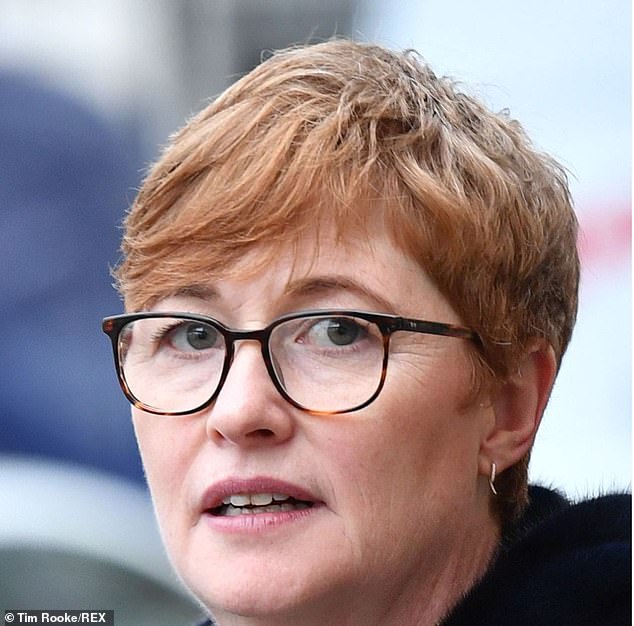 Sara Latham was an adviser on Hillary’s election campaign

Hillary and Oprah remain on warm terms, with Hillary and her daughter Chelsea recording a video about their book for O magazine last year and Hillary appearing on other Oprah forums.

Sara Latham was an adviser on Hillary’s election campaign. Meghan and Harry hired her as their head of communications shortly before the birth of baby Archie in 2019. 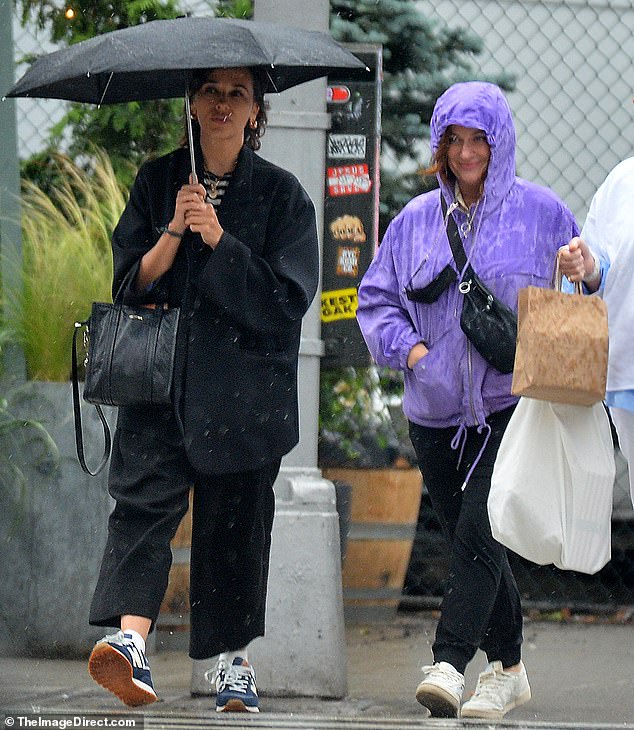 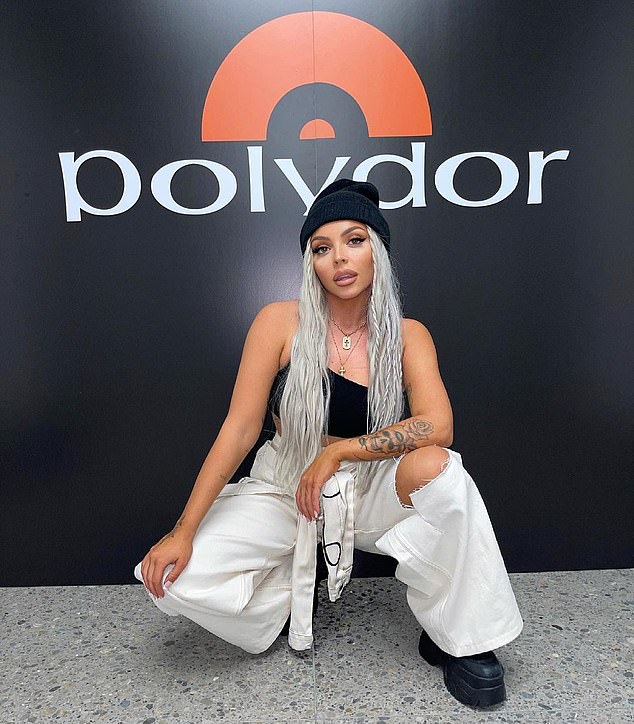 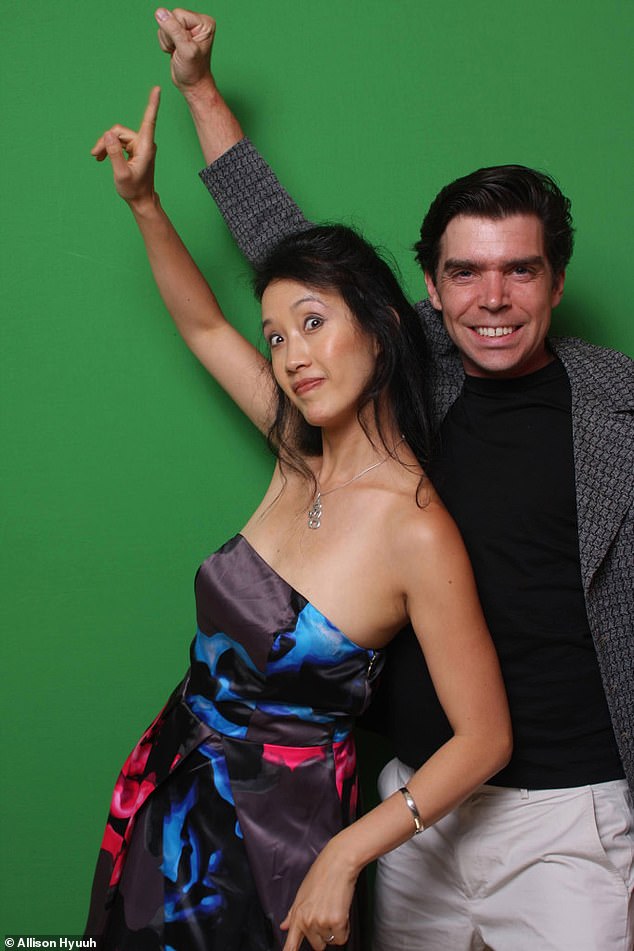 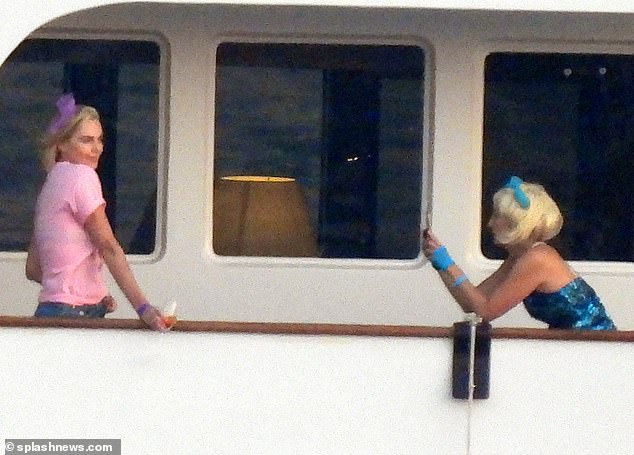