Texas school is blasted for distributing ‘chivalry’ assignment to female students instructing them to ‘dress in a feminine manner’, ‘abstain from whining’ and ‘walk behind men daintily as if their feet were bound’

A Texas high school has been slammed for distributing a ‘chivalry’ assignment to female students, asking them to dress in a feminine manner ‘to please men’ and ‘walk daintily behind their male peers as if their feet were bound’.

The bizarre list of tasks was assigned to girls in a history class at Shallowater High School last month, before irate parents shared photos of the assignment’s outline to the internet.

Titled ‘Rules for Chivalry’, the assignment asks ‘ladies to demonstrate to the school how the code of chivalry and standards set in the medieval concept of courtly love carries over into the modern day.’

According to the outline, female students ‘deemed worthy’ of behaving in the appropriate way are able to have a male witness sign off on their assignment sheet in exchange for 10 points.

The list of 11 tasks instructed female students ‘dress in a feminine manner to please men’, ‘address all men respectfully by title’ and ‘obey any reasonable request by a male’.

Additionally, the assignment ordered girls not to ‘criticize men’ or ‘complain or whine’. The task similarly prohibited them from ‘initiating conversation with men’.

The bizarre assignment was distributed to girls in a history class at Shallowater High School last month, before irate parents shared photos of its outline to the internet. Female students were judged by a male peer who signed off their assignment sheet in exchange for 10 points

Outside of the classroom, the female students were asked not to ‘show intellectual superiority if it would offend men around them’.

They were also tasked with ‘cleaning up after men’ and cooking something for male students in their class, ‘preferably sweet baked goods’.

The female students would also be able to receive 10 points towards completion of the assignment if they bought a ‘root beer, ginger ale or sparking cider’ to class for their male peers.

According to CBS, male students were also handed an assignment which asked them to treat their female peers with respect. They were instructed to have their acts witnessed by a female who would sign off on the deed in exchange for 10 points.

A copy of that assignment has also made its way on to social media, but it has not sparked the same outrage.

The boys were instructed to ‘speak genteelly’,  ‘dress appropriately in jackets and ties or suits’ and ‘assist ladies to arise from their seats’. 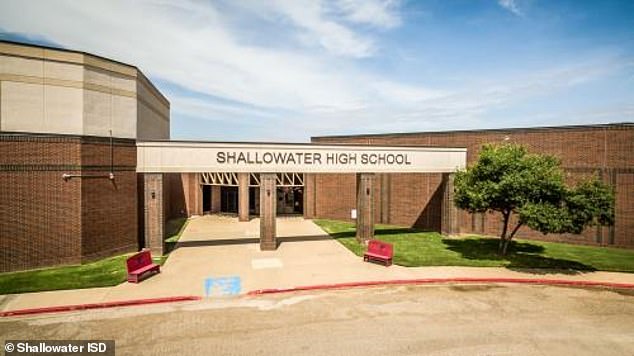 Officials at Shallowater High School, located northwest of Dallas, have scrapped the assignment in the wake of widespread outrage 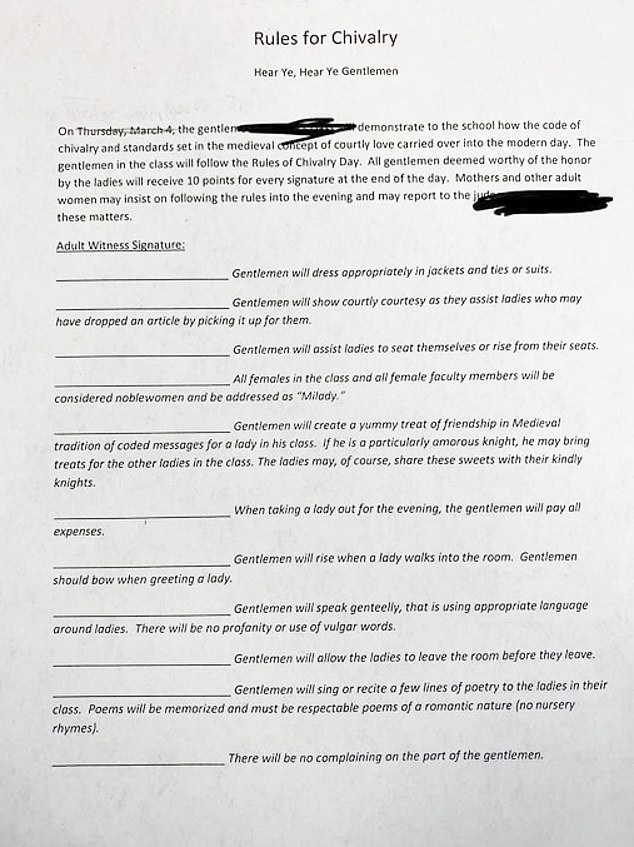 The task similarly asks the male students not to complain and to bring to class ‘a yummy treat of friendship’.

The students are also asked to ‘pay all expenses’ if they chaperoned a female out on a date during the evening.

Critics, however, have seized on the assignment for female students, with a copy of the tasks going viral on social media.

‘Something like this is better to just be explained. Not demonstrated. WTH is wrong with people. Give examples of being chivalrous in the modern world, not require students to relive old times,’ one raged on Twitter.

The backlash prompted the school to speak with the teacher who distributed the task before announcing that they had scrapped the assignment.

A statement from the school released Friday reads: ‘This assignment has been reviewed, and despite its historical context, it does not reflect our district and community values. The matter has been addressed with the teacher, and the assignment was removed.’

However, not everybody was opposed to the assignment, with some saying it was an engaging way of having students understand gender roles in the medieval era.

‘What is wrong with this?! It’s explicitly to show the students what it was like back in medieval times — they’re not saying this is how we should live today. I’m certain the teacher would then have the kids compare and contrast to present day. It’s fun. Chill out cancel mob!’ 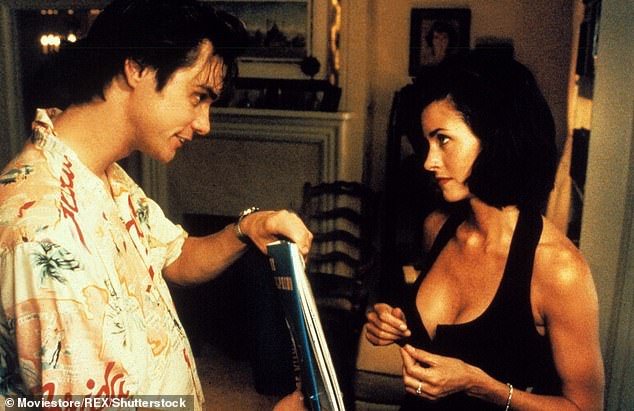 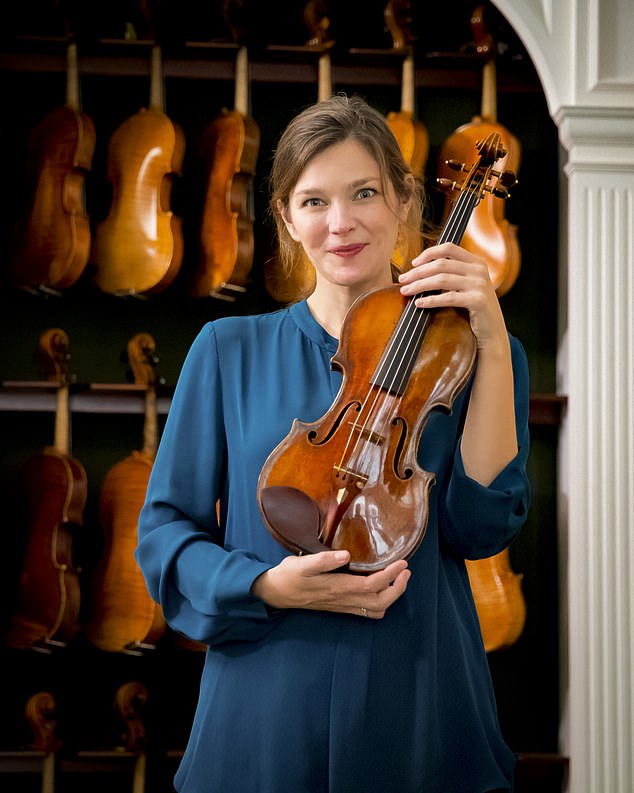 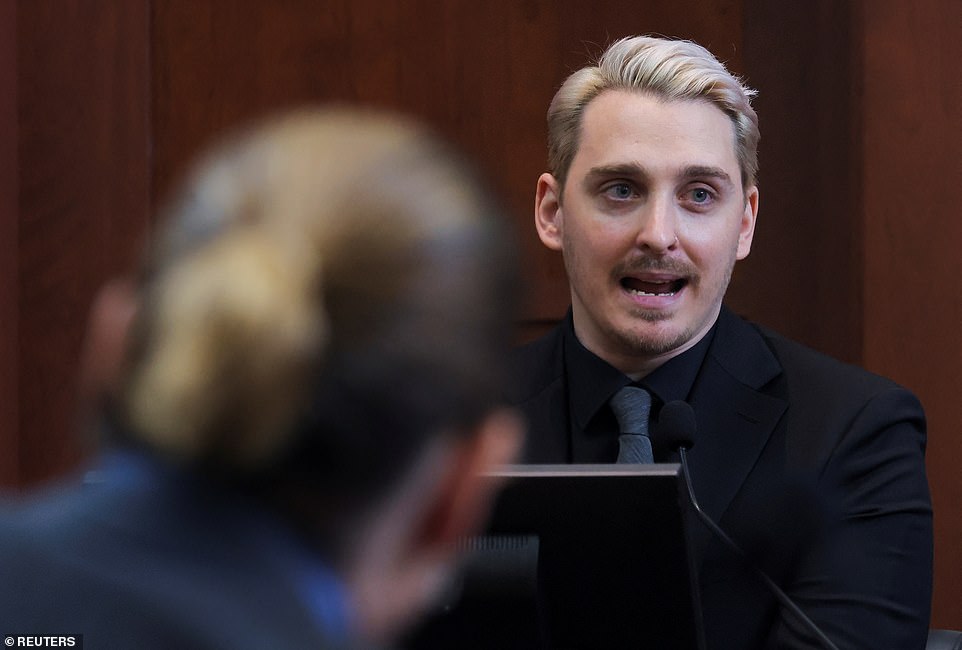 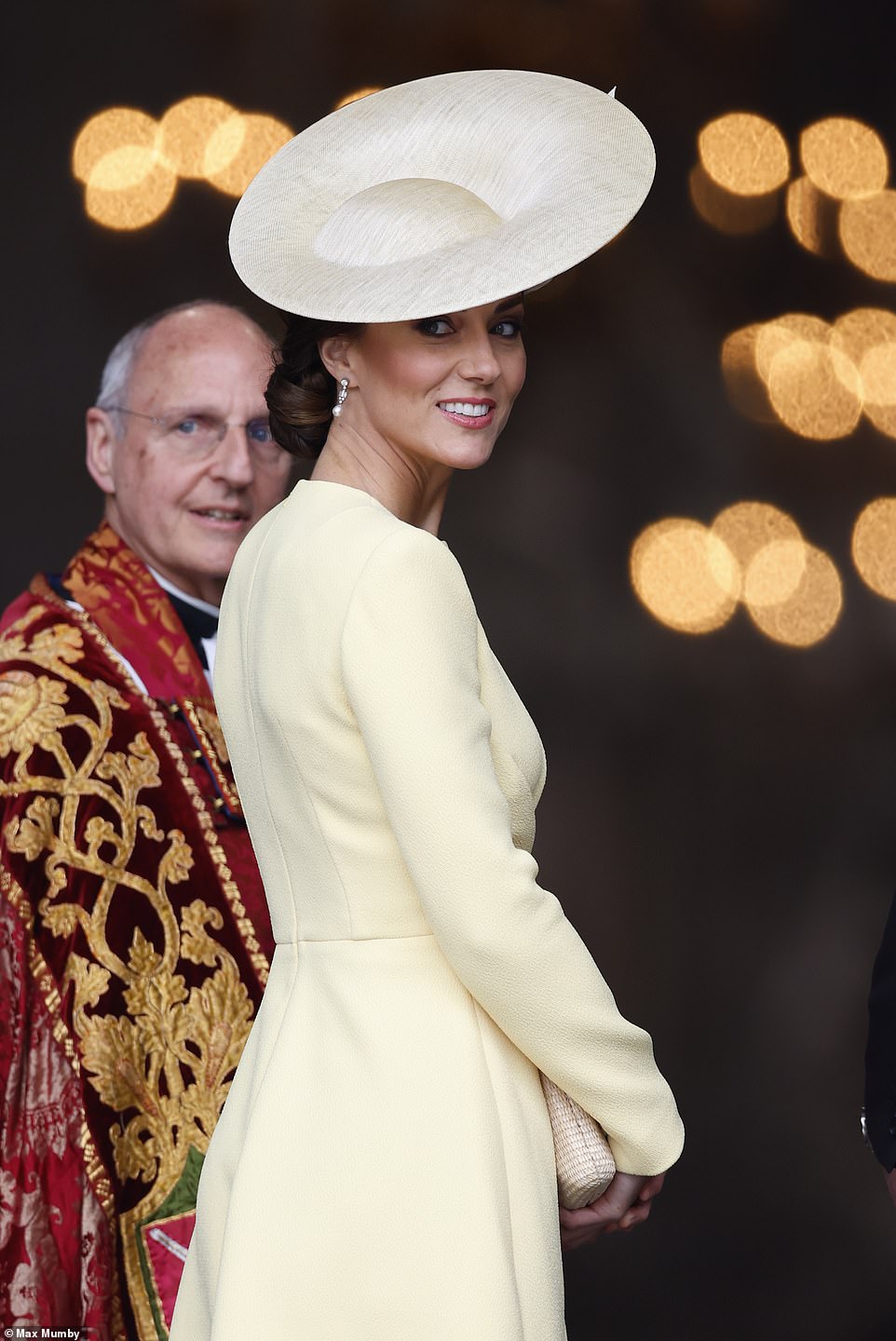