Migrants crossing from Mexico into the United States are using a bar on the border in Texas to wash and change before heading inland, the bar owner has said, as Democrats in the state begin to criticize Joe Biden for failing to anticipate the situation.

The U.S.-Mexico border is seeing a surge in arrivals, with migrants turning up in numbers not seen since May 2019.

Roberta Jacobsen, a former ambassador to Mexico who is serving as a special adviser to Biden, admitted on Wednesday that it was no coincidence that the surge came as Biden took power, promising a ‘more humane’ policy.

Migrants who crossed the Rio Grande await transport into the U.S. on Friday in Penitas, Texas 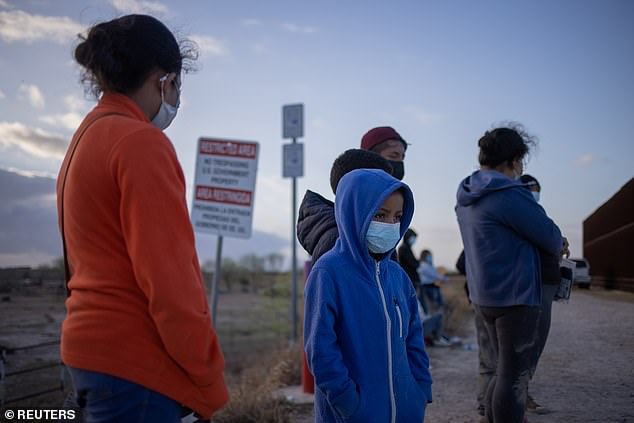 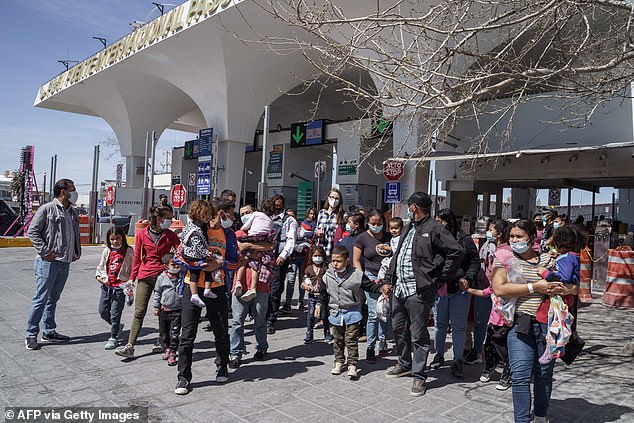 Migrants from Central America are in Mexico after being deported from the U.S. on Thursday

Two thirds, 68,732, of those encountered were single adults – the most single adults for any month since October 2011, according to the Washington Office on Latin America (WOLA), which advocates for human rights and social justice along the border.

Nearly all single adults were expelled, WOLA said, but the 9,297 unaccompanied children who arrived in February were taken to shelters, which are rapidly-becoming overwhelmed.

The majority of the children were from Guatemala, followed by Honduras and Mexico. 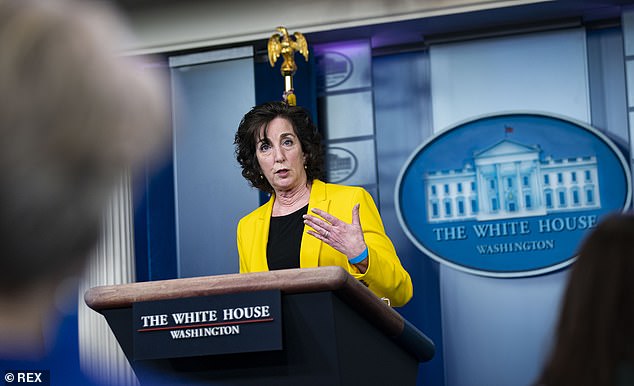 Roberta Jacobsen, a special advisor on migration, addressed the issue on Wednesday

Lupe Cabrera, whose family has run Cabrera’s Bar in the small Rio Grande city of Granjeno for 60 years, said that he frequently found migrants in the bathrooms of the bar. 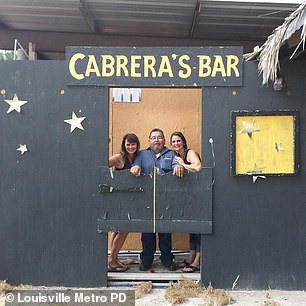 ‘Me and my brother own a trucking company, too. They’ll hide in the trucks.’

Many people have used the bar as a meeting spot, where new arrivals can be picked up and driven away.

‘When I was younger, you’d always see people crossing over, but it was always men. They were coming to work.’

Now, instead of Mexican workers, he is seeing more Central American families.

He said he offered some migrants a shower, and recently offered a teenage boy with a baby a place to sleep on the bar’s stage.

He has even had young women give birth at the bar, including one who recently had a baby ‘right by the trash bin’. 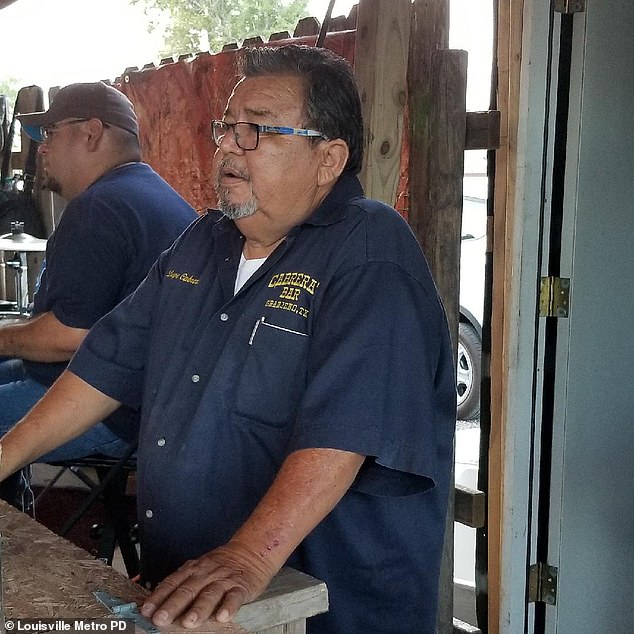 Lupe Cabrera is pictured at his bar in the Texas city of Granjeno, right on the Rio Grande 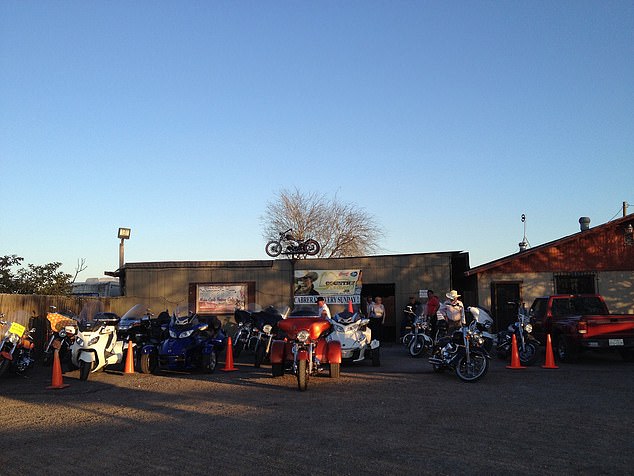 Cabrera’s bar has often served as a meeting point for migrants looking to move on into the U.S.

Cabrera said that during Donald Trump’s presidency, the number of illegal border crossings in the area dropped significantly.

‘Most of the people I see are harmless,’ Cabrera said of the migrants.

‘But you never know what the hell’s going on, who’s crossing, or what.’

Border agents say the number of migrants observed on surveillance cameras who successfully evade capture, known as ‘got-aways,’ has soared.

Officials told The Washington Post that they counted 1,000 ‘got-aways’ on a single day in February, and the National Border Patrol Council estimate 39,000 have slipped through the net so far.

A new report by The Cato Institute, published on Wednesday, found that the number of ‘got-aways’ rose throughout Donald Trump’s presidency, despite his pledge to increase border surveillance. 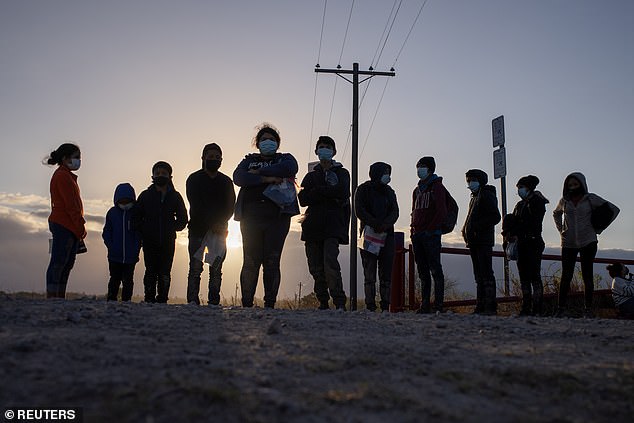 Democrats representing border regions are beginning to ask why the Biden administration was not better prepared.

Vicente Gonzalez, a congressman representing Texas whose district includes the McAllen-Reynosa border, warned that the situation was going to get worse.

‘My concern in the recent weeks, in my district, is migrants who made it across the border,’ he told CNN.

‘They made it across the Rio Grande Valley, were processed and released.

‘I can assure you, it won’t be long before we have tens of thousands of people showing up to our border, and it’ll be catastrophic for our country, for my region, for my district.

‘In the middle of a pandemic, in an area where we’ve lost over 3,000 people in my small congressional district, I think we need to have a better plan in place.’ 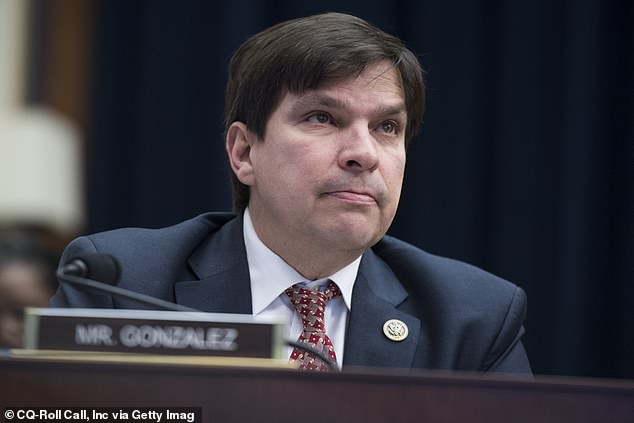 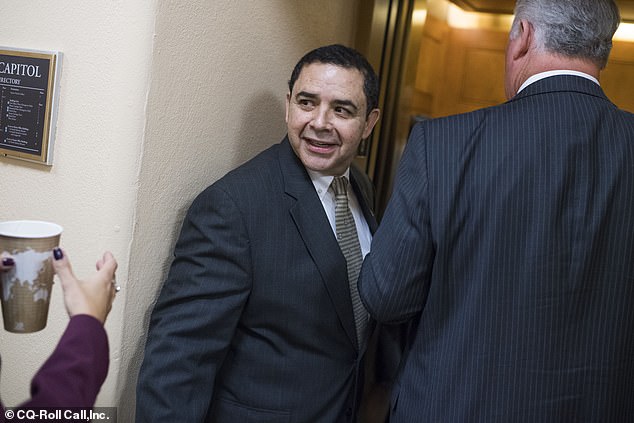 Representative Henry Cuellar said the problem began under Trump, and has worsened

Henry Cuellar, another Texan in the House, and whose district covers a large swathe of the border from McAllen towards Piedras Negras, said in early March that the problem began under Trump, and has worsened with Biden.

He also accused the Biden administration of hiding the real number of unaccompanied children at the U.S.-Mexico border.

‘Yeah, look, we can play with words, is it a challenge or is it a crisis,’ Cuellar said on Fox News.

‘Let’s look at the numbers. Since August of last year the numbers have been increasing. And especially October, November and December we were hitting 70,000. In January we had 78,000.

‘I don’t care what we call it, but I can tell you this — those numbers of people being released, they’re purposefully withholding that information. They’ve been told not to withhold that information.

‘I now know that they’re bringing people from McAllen over to Laredo, processing them in Laredo, and they’re going to release them in my community.’

And state senator Juan ‘Chuy’ Hinojosa, another Democrat, who lives on the border, told The Hill that he does not think the Biden administration was prepared for the number of illegal immigrants crossing the border.

‘I don’t think, quite frankly, the Biden administration was aware of what’s happening on the ground here, which you can understand because they’re just coming in and trying to get people up to speed with what’s happening, but I don’t think they were aware there were that many coming across.

‘The Border Patrol is overwhelmed, they’re throwing their hands up because they don’t know what to do.’ 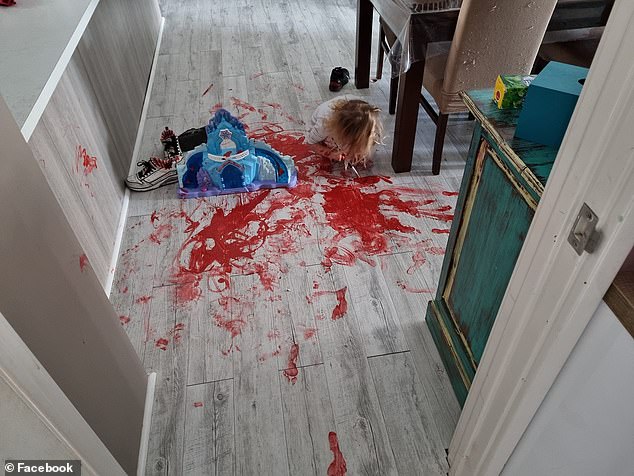 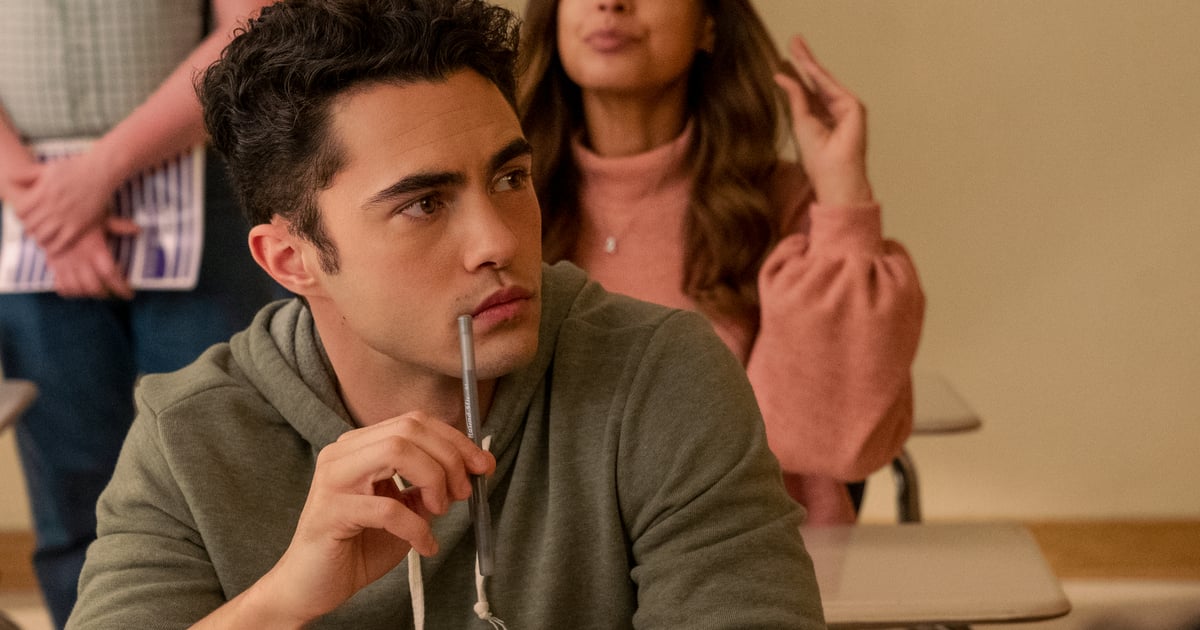 Sorry to Be the One to Tell You This, but It Looks Like Darren Barnet Is Already Taken 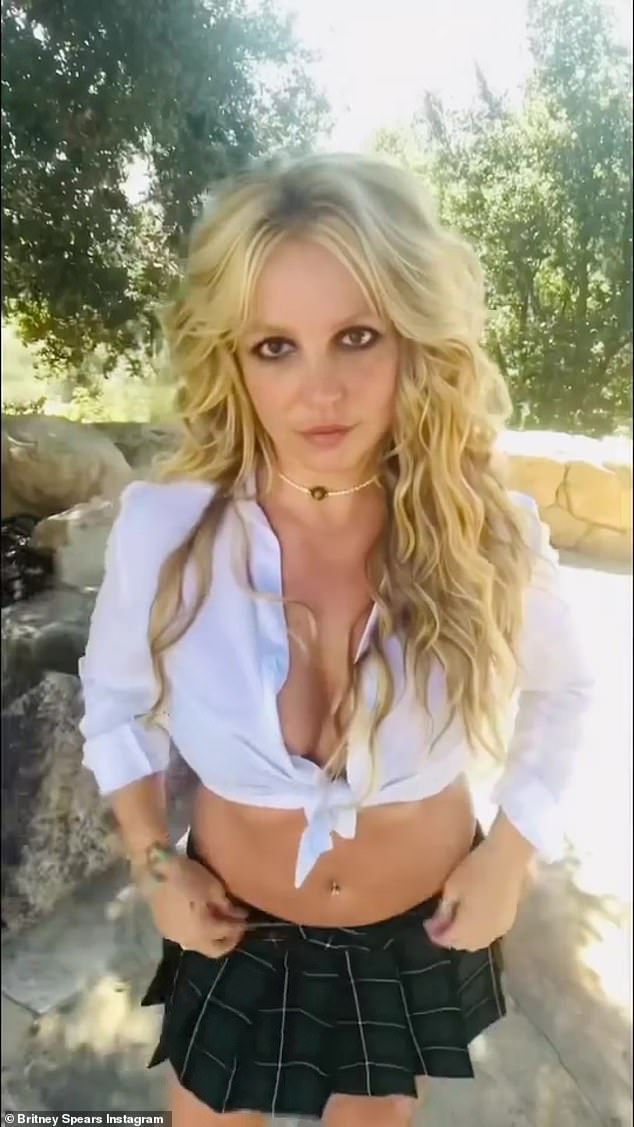 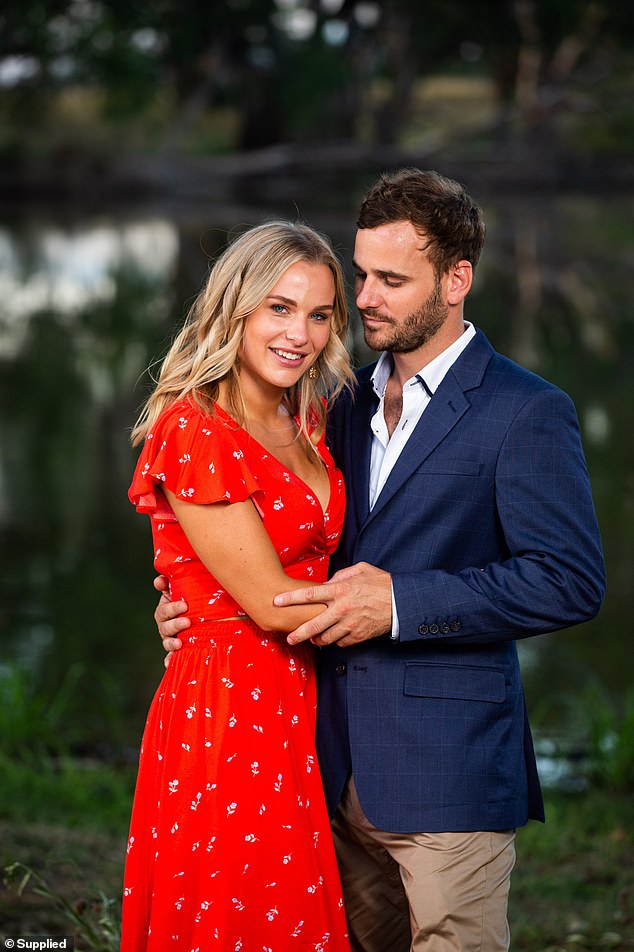 Matt Trewin, Will Dwyer and Andrew Guthrie get their happily ever after on Farmer Wants A Wife