Pulitzer Prizes has awarded a special citation to Darnella Frazier, the teenager who recorded the killing of George Floyd.

The girl who was 17 at the time spoken out through her attorney to say she never intended to be a hero, and had no idea of the impact the video she recorded would have around the world.

Darnella was walking her nine-year-old cousin to get a snack at Cup Foods in Minneapolis on Memorial Day 2020 when she saw four officers pulling a black man from inside a vehicle. 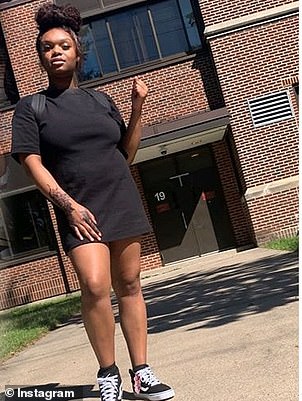 Darnella attorney said she wasn’t looking to be a hero but is ‘just a 17-year-old high school student, with a boyfriend and a job at the mall, who did the right thing’ 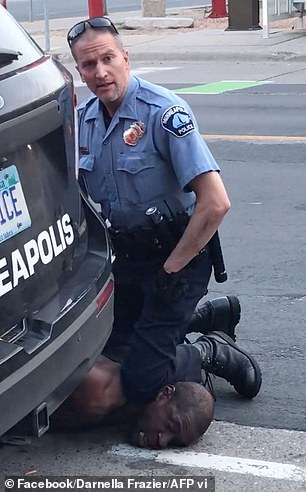 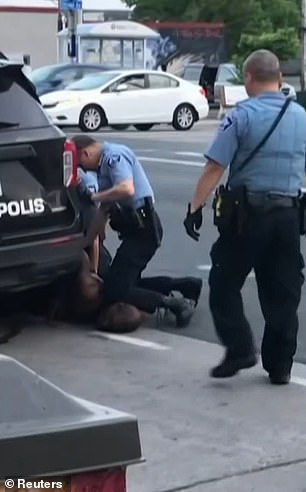 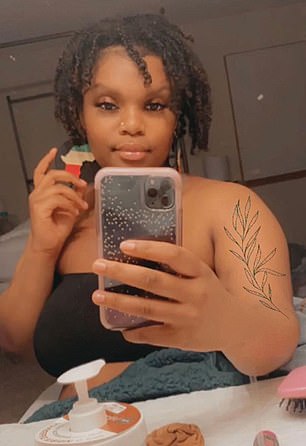 Darnella (pictured) has spoken publicly about her now infamous recording on May 25, 2020 but the cameras were not permitted to film her and she was referred to only by her first name in court

‘She had no idea she would witness and document one of the most important and high-profile police murders in American history,’ Darnella’s attorney, Seth Cobin, told the Star-Tribune.

‘If it wasn’t for her bravery, presence of mind, and steady hand, and her willingness to post the video on Facebook and share her trauma with the world, all four of those police officers would still be on the streets, possibly terrorizing other members of the community.’

At the time, Darnella had no idea that her cell phone video would capture the action’s leading up to Floyd’s death, images that sparked worldwide protests and upended cities.

Cobin said Darnella wasn’t looking to be a hero but is ‘just a 17-year-old high school student, with a boyfriend and a job at the mall, who did the right thing. She’s the Rosa Parks of her generation.’

At the trial of Minneapolis police officer Derek Chauvin, Darnella testified that she started filming because she felt that what she was seeing ‘wasn’t right’.

Darnella asserted that Chauvin pressed his knee into Floyd’s neck even harder as the growing crowd begged him to stop – and that he didn’t remove his knee even when paramedics were searching for a pulse.

Darnella said: ‘I heard George Floyd saying: ‘I can’t breathe, please get off of me.’ He cried for his mom and he was in pain. 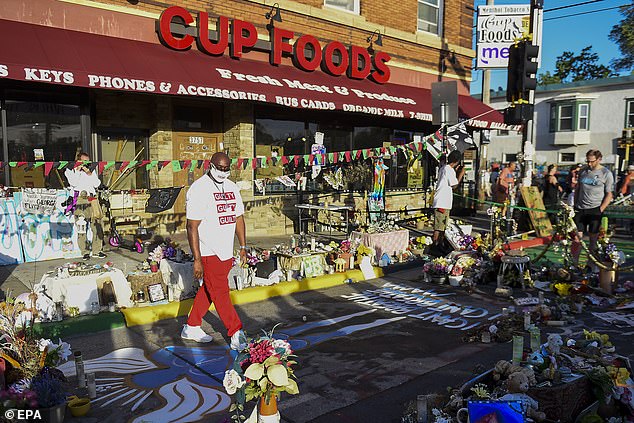 More than a year has passed since George Floyd was killed in Minneapolis, Minnesota, after now-convicted former police officer Derek Chauvin knelt on Floyd’s neck for nine minutes. Pictured, the convenience store where the murder took place

‘It seemed like he knew it was over for him. He was terrified, he was suffering. This was a cry for help.’

When an ambulance finally arrived, Darnella claimed that paramedics treating Floyd had to tell Chauvin to remove his knee from the unconscious man’s neck.

‘The ambulance person had to actually tell him to lift up. He checked his pulse first while Chauvin’s knee still remained on Floyd’s neck,’ she said. ‘The paramedic did a ‘get up’ motion, basically telling him to remove his knee.’

Darnella has spoken publicly about her now infamous recording on May 25, 2020 but the cameras were not permitted to film her and she was referred to only by her first name in court.

At the close of her testimony Darnella broke down as she told jurors how witnessing and filming Floyd’s death affected her life.

‘When I look at George Floyd I look at my dad, I look my brothers, I look at my cousins, my uncles because they are all black,’ she said. ‘I have a black father, black brother, black friends and I look at that and I think how that could have been them.’

She also gave a brief comment to the Star-Tribune last year.

‘The world needed to see what I was seeing,’ she said at the time. ‘Stuff like this happens in silence too many times.’

Corbin said that she didn’t think twice before recording the incident when she saw the encounter between the police and Floyd.

‘Because police brutality is so common in that neighborhood, and the officers rarely face consequences, she pulled out her iPhone and started recording,’ he said.

Darnella is ‘doing well in terms of her outlook and attitude,’ said Cobin, who is based in Minneapolis. ‘She’s staying positive and avoiding the drama on social media.’

Cobin said Darnella ‘hasn’t received threats or anything like that’ but acknowledged she’s been the target of ‘trash talking and shade’ on social media since May 25.

Cobin verified the legitimacy of a GoFundMe page that was established by two women who previously had no connection to Darnella.

‘In addition to the trauma of watching a black man be murdered by police, she has had to deal with trolls, bullies and ignorant people harassing her online,’ they wrote on the fundraising page, which has raised more than $700,000.

‘It took unbelievable courage for her to stand there and bear witness to such an awful tragedy.’ 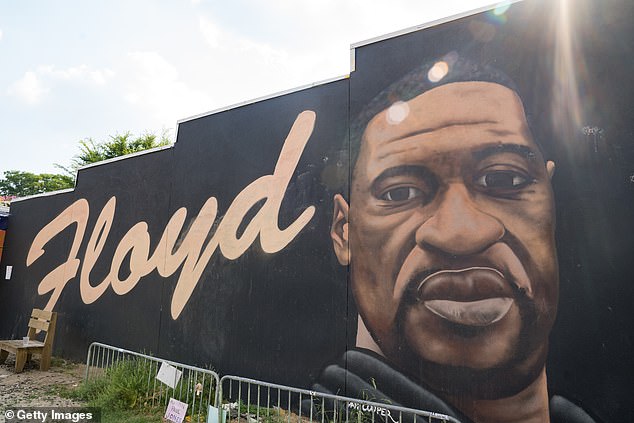 Amural of George Floyd painted downtown to memorialize the life of George Floyd is shown on the anniversary of his death on May 25, 2021 in Atlanta, Georgia. Floyd’s death at the hands of Minneapolis police officer Derek Chauvin sparked protests and movements around the world

Tommy Dorfman Stresses the Importance of Passing the Equality Act: "We're Under Attack" 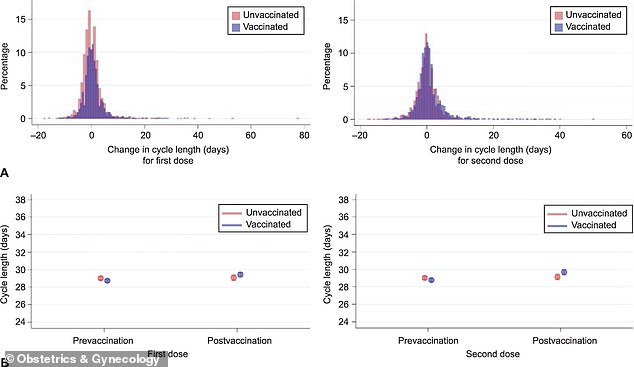 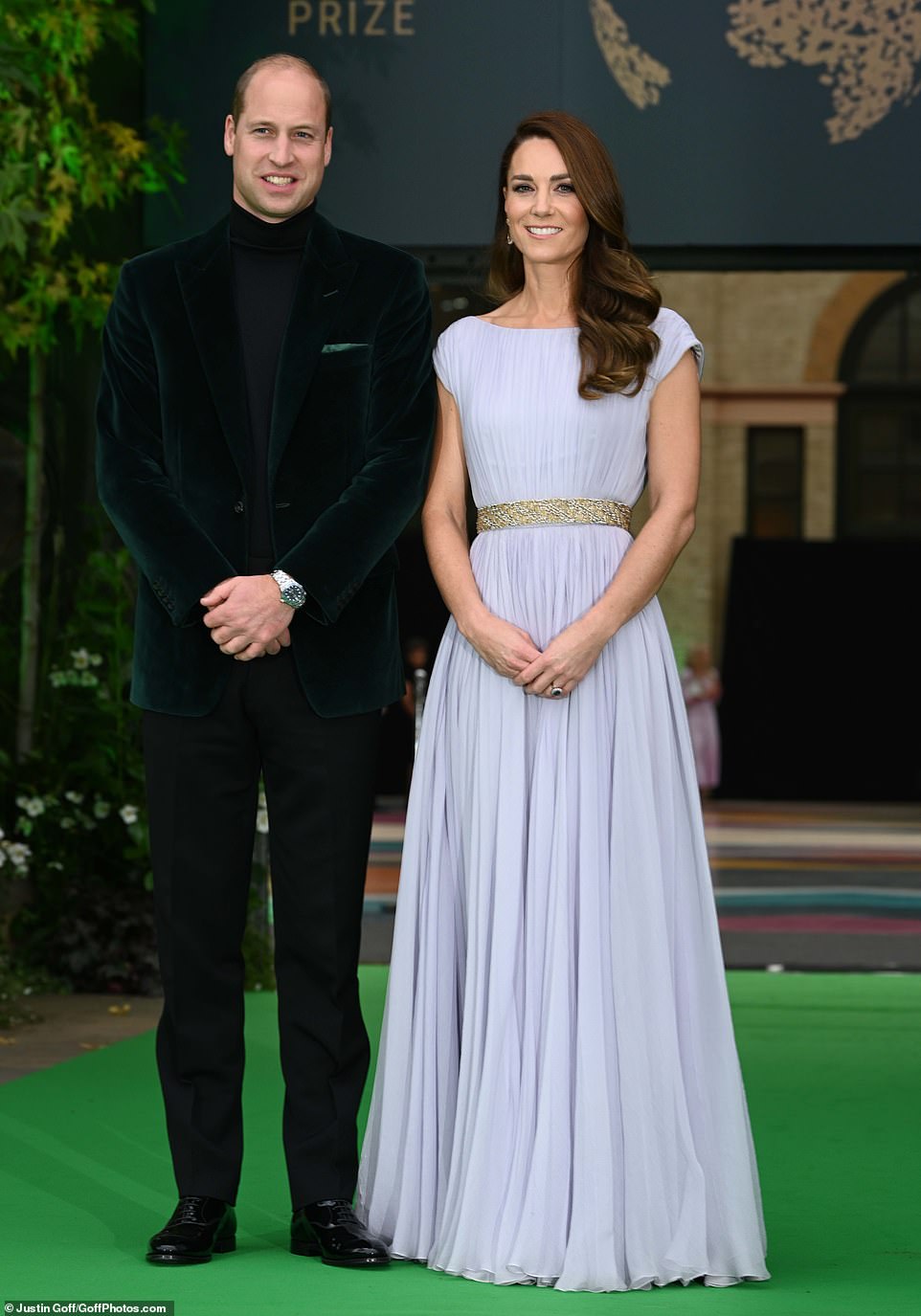 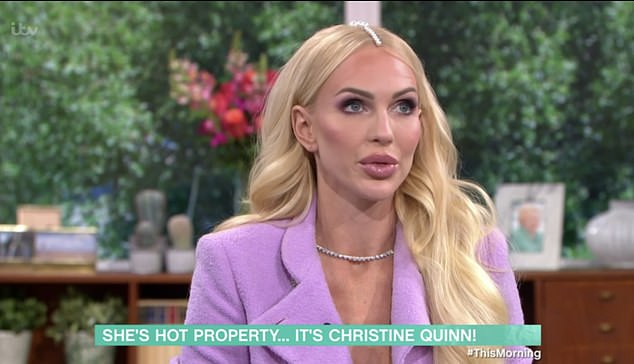 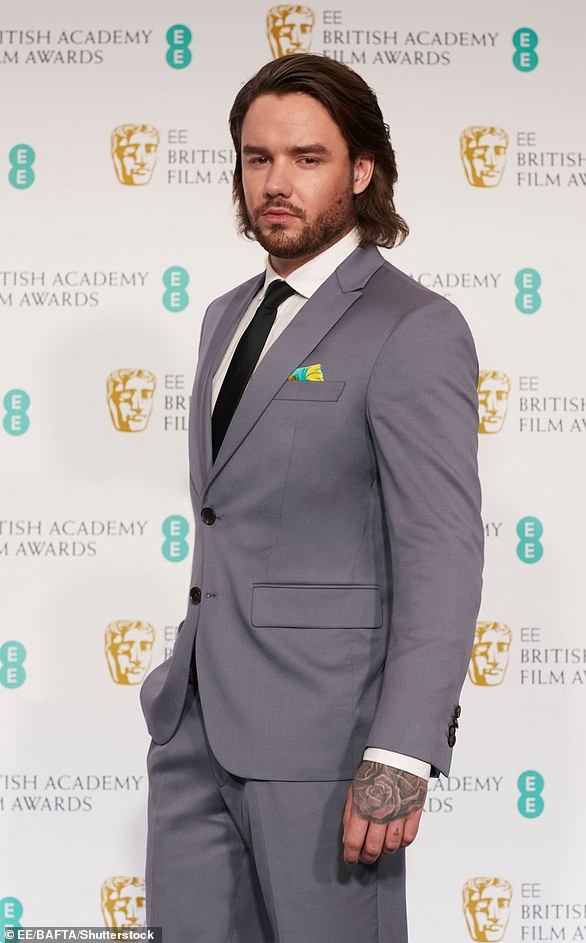