The moon appeared large and red in the night sky above Manhattan as the Super Moon event coincided with a lunar eclipse on Tuesday night. Photos captures the glowing orb above One World Trade Center and the Empire State Building.

The moon was at its closest point in its orbit with Earth, appearing up to 17 per cent larger and 30 per cent brighter than the faintest moon of the year, according to NASA.

This phenomenon is called a Super Moon when it is in its full moon phase at a particular point in its 27-day orbit around Earth, known as perigee, when the moon is just 226,000 miles from the planet.

NEW YORK: The Super Flower Blood Moon rises behind the antenna on top of One World Trade Center in New York City on May 25, 2021 as seen from Jersey City, New Jersey 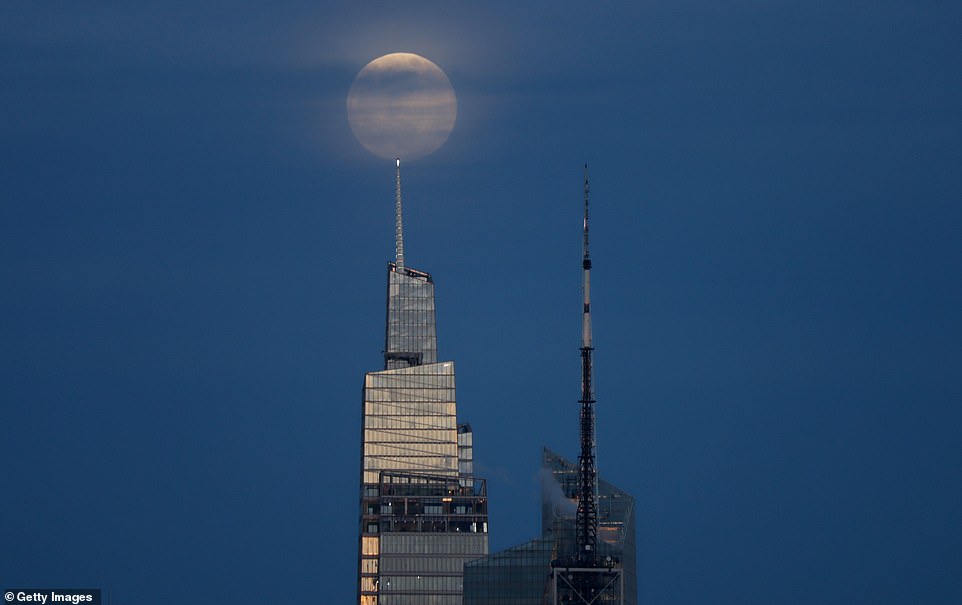 NEW YORK: The Super Flower Blood Moon rises above One Vanderbilt as the sun sets in New York City on May 25, 2021 as seen from Weehawken, New Jersey 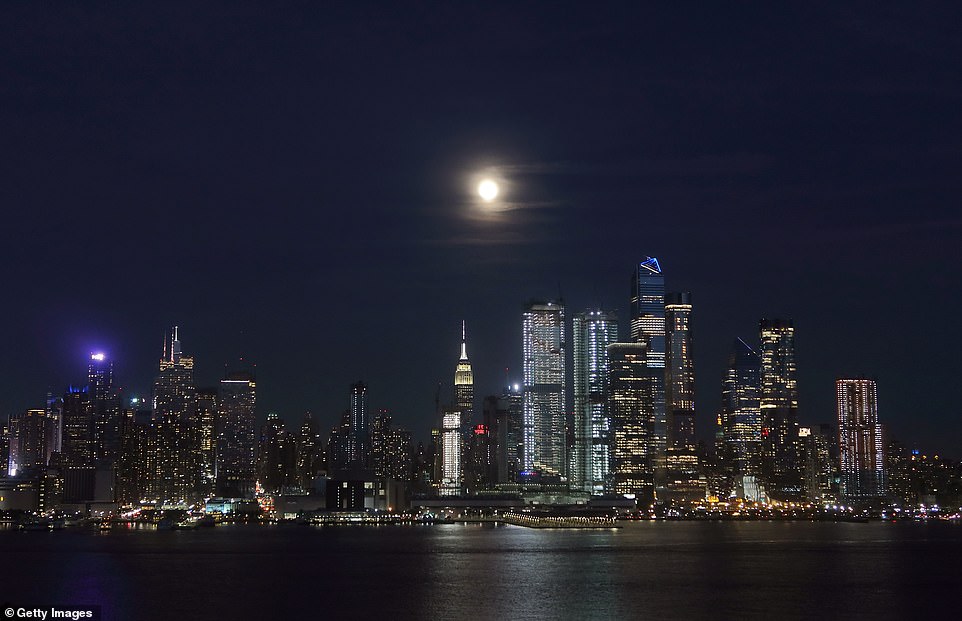 NEW YORK: The Super Flower Blood Moon rises above midtown Manhattan and the Empire State Building in New York City on May 25, 2021 as seen from Weehawken, New Jersey 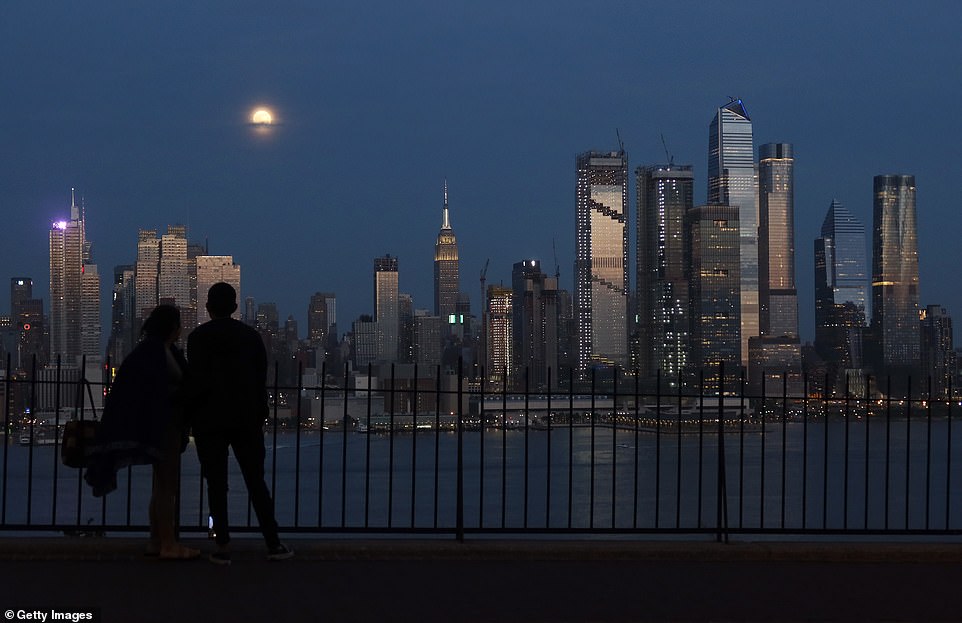 NEW YORK: The Super Flower Blood Moon rises above midtown Manhattan in New York City on May 25, 2021 as seen from Weehawken, New Jersey 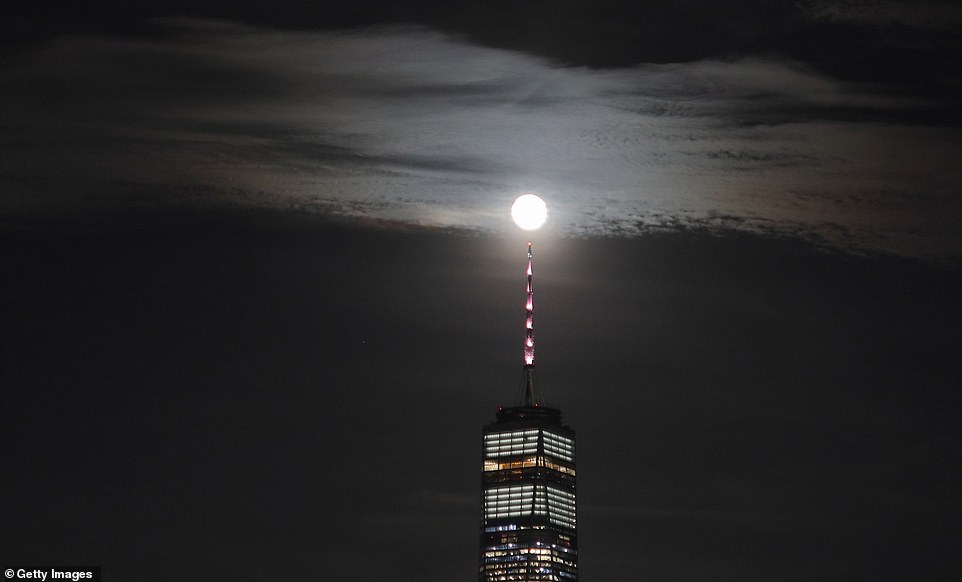 NEW YORK: The Super Flower Blood Moon rises behind the antenna on top of One World Trade Center in New York City on May 25, 2021 as seen from Jersey City, New Jersey 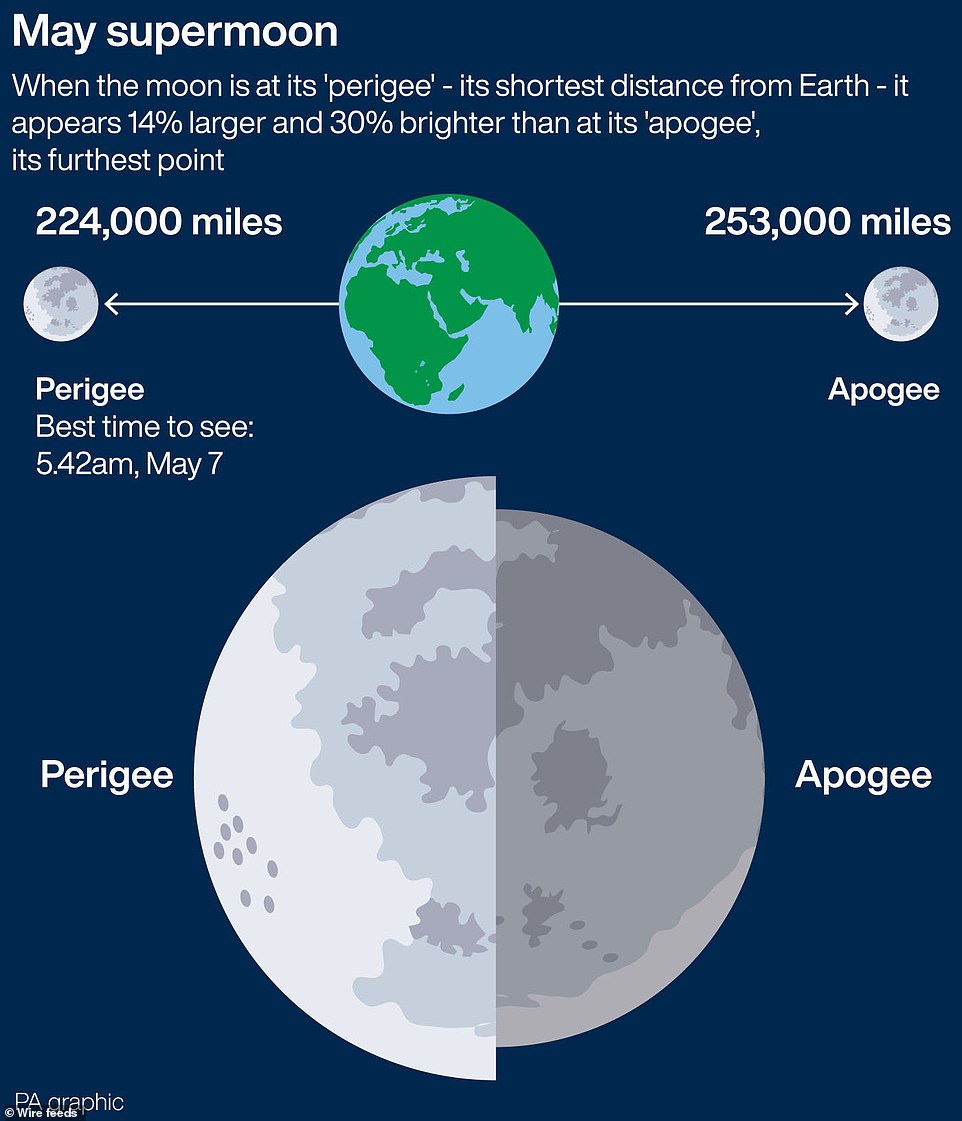 ‘A supermoon happens when a full moon occurs at the same time, or close to the time, that the moon reaches its closest point to the Earth – a point called perigee

NASA noted that ‘Super Moon’ is not an official astronomical term but typically describes a full moon that comes within at least 90 percent of perigee.

NASA’s Twitter account dedicated specifically for information about the moon noted that it was the distance of just 28 Earth diameters away rather than the typical 30 diameters.

The Super Moon event coincided with the first total lunar eclipse in more than two years, making it glow red for 14 minutes – an event known as a Blood Moon.

A total lunar eclipse happens when the Earth is positioned between the moon and sun, and the moon is in the inner part of Earth’s shadow – known as the umbra.

‘A lunar #eclipse is sometimes called a ‘blood moon,’ but the actual source of the red color is quite gentle: it’s light filtered through all the sunrises and sunsets on Earth,’ NASA posted on Facebook. 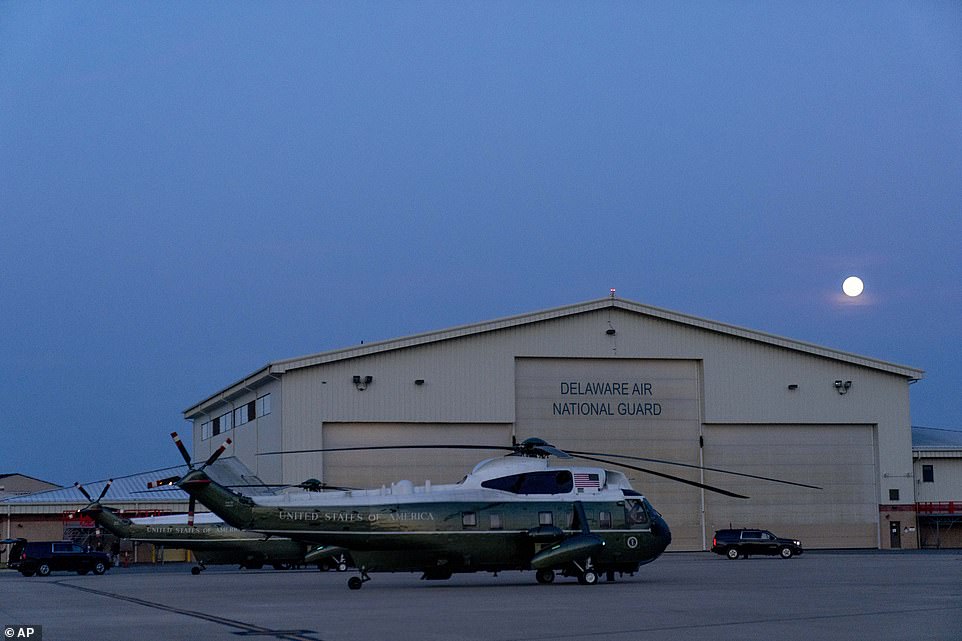 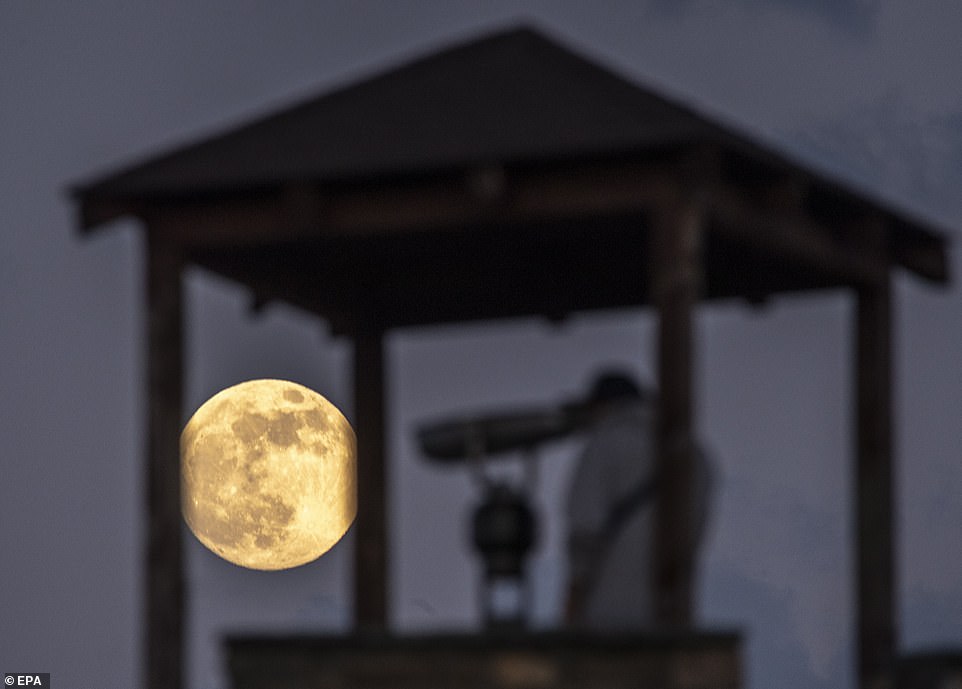 NORTH MACEDONIA: A man looks through binoculars at the full moon, the second and last super moon this year, called the ‘Flower Moon,’ as it rises over the castle in Skopje, Republic of North Macedonia 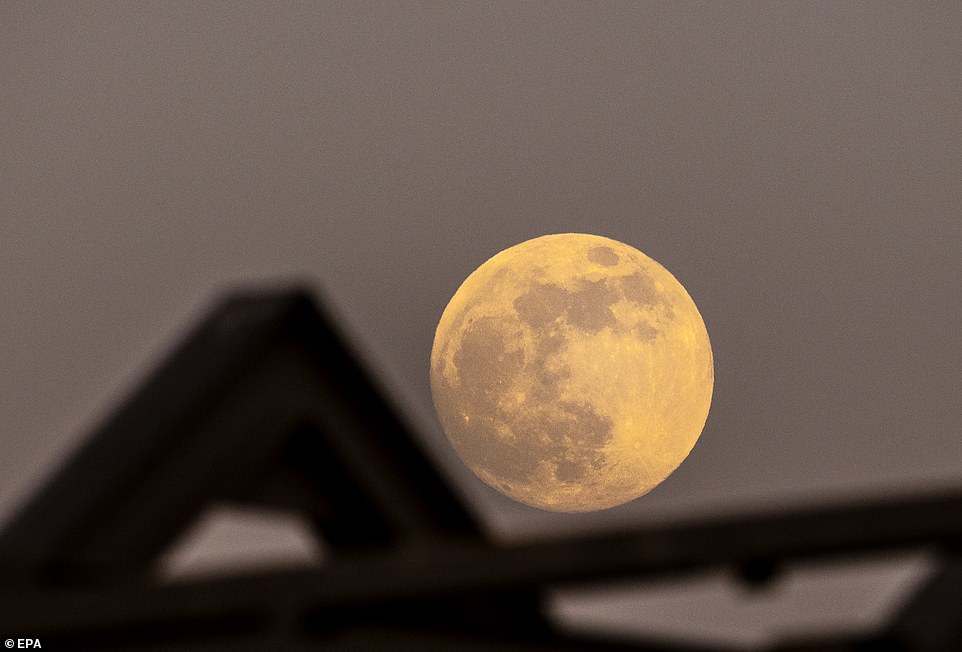 NORTH MACEDONIA: The Super Flower Blood Moon is pictured from the Republic of North Macedonia 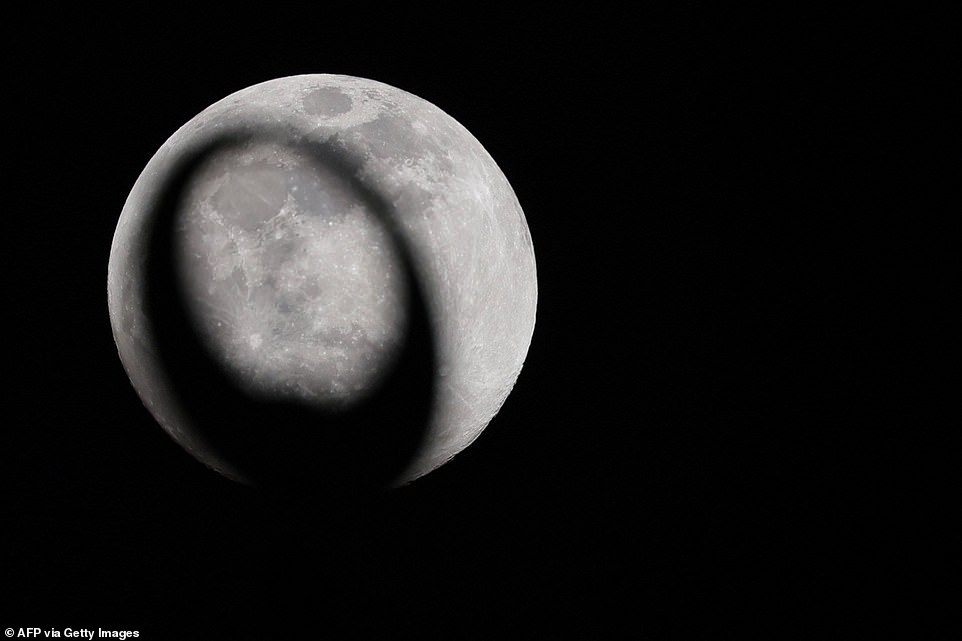 DUBAI: The Super Flower Blood Moon rises over a mosque in Dubai during a total lunar eclipse visible in Asia and the Americas 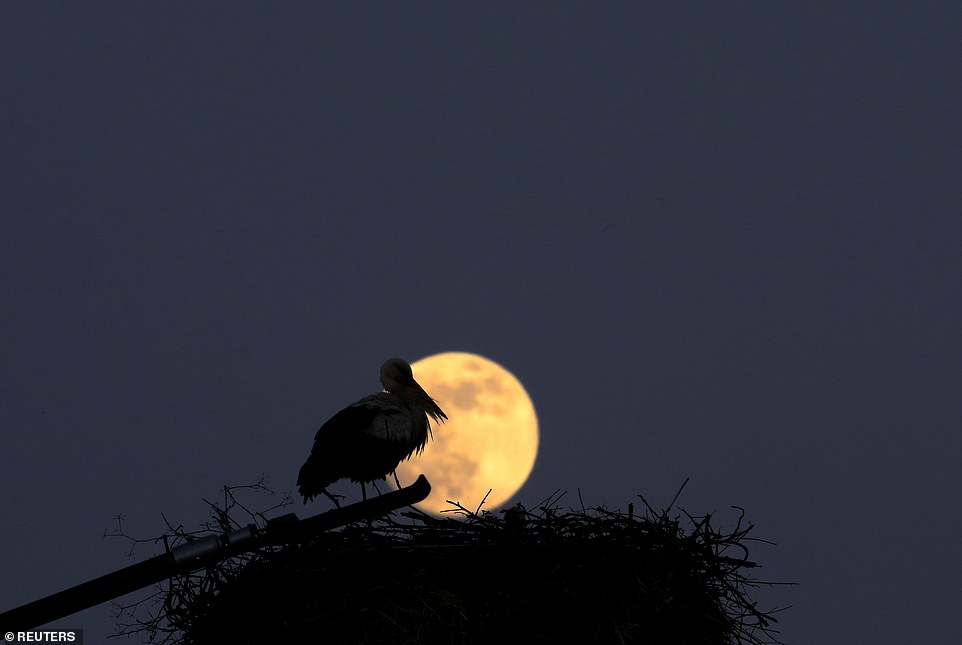 NORTH MACEDONIA: A stork stands in front of the Super Flower Blood Moon in North Macedonia on Tuesday

The rare event is also known as a Flower Moon – or when a full moon coincides with the flowers blooming in May, according to The Old Farmer’s Almanac.

The eclipse happened in the early morning hours on Wednesday in western North America, with people in Alaska and Hawaii getting the best views. It could also be seen in southern Chile and Argentina.

Skygazers in all of Australia and New Zealand and parts of Southeast Asia could see the eclipse on Wednesday evening. 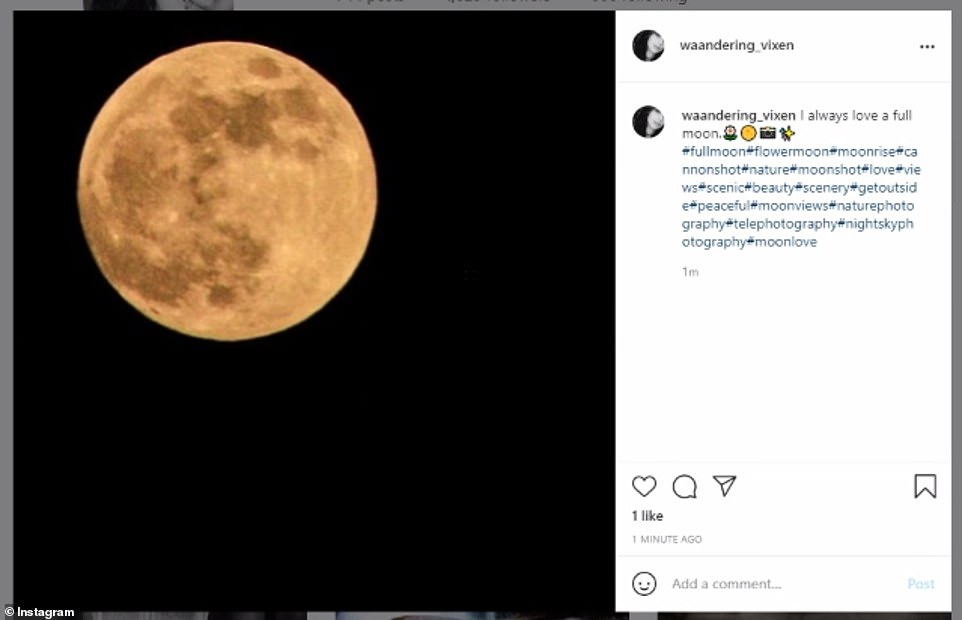 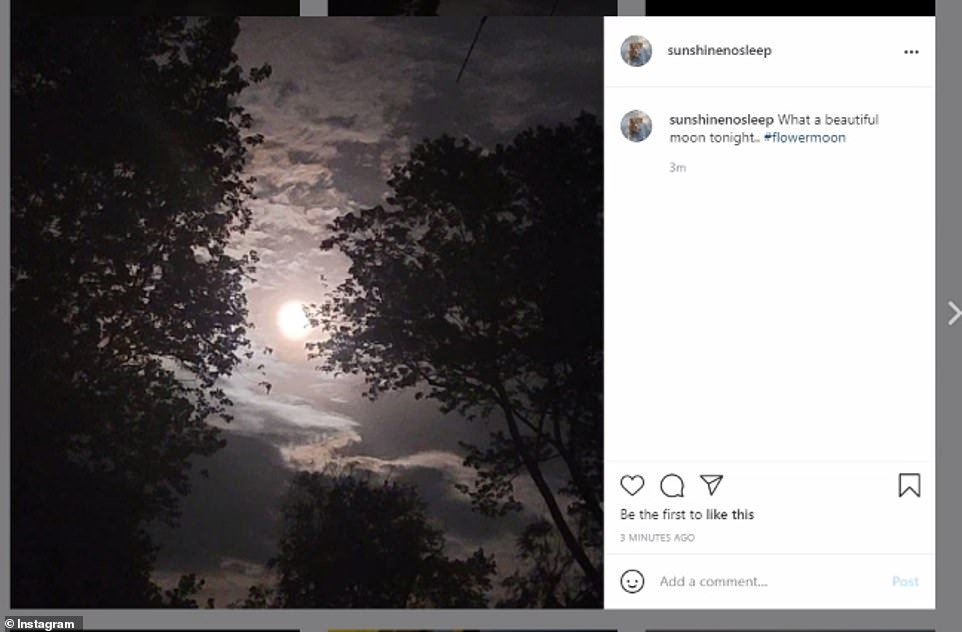 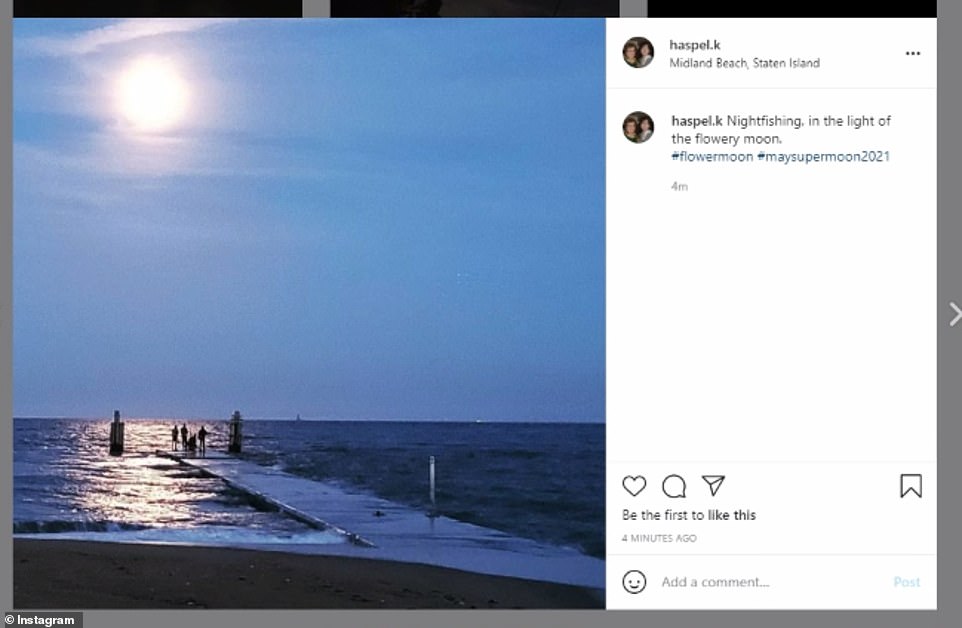 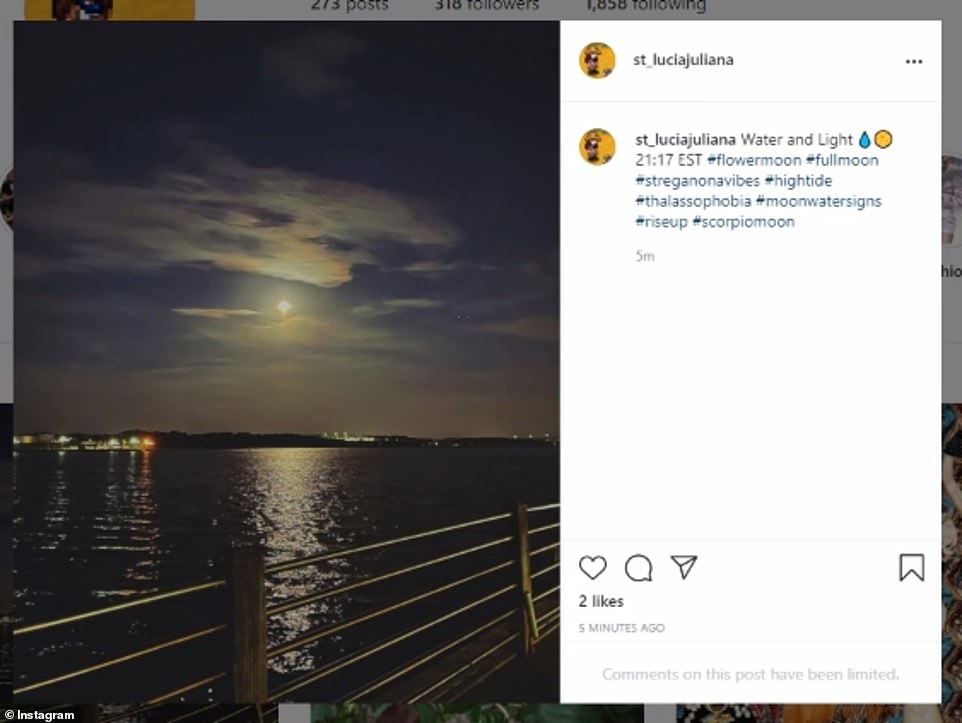 People posted about the ‘beautiful moon’ on social media, with photos showing the moon shining brightly in the sky ahead of the eclipse

Australian National University astrophysicist Brad Tucker says the shadow creates an amazing orange-red glow that looks a bit like sunrise or sunset with the phenomenon happening every five years or so.

‘It doesn’t happen that often to get this combination … so it’s definitely a special sight and one that you don’t want to miss,’ Tucker said.

‘As the moon perfectly centers in the earth’s shadow, it hits this orange-red light. So during the peak of the total lunar eclipse, you are seeing earth’s sunrise and sunset lighting up the moon.’

While it will be visible from parts of America, Tucker said Australians would have one of the best and most convenient viewing times.

‘This is probably the rarest bit of this moon, that it happens in the early evening and not some absurd normal astronomy time in the middle of the night.’

‘You don’t need special equipment … you just need your eyes, because you can see the beautiful colors and details of the moon.’ 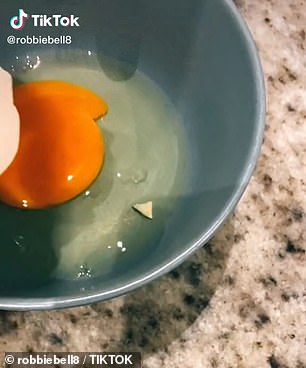 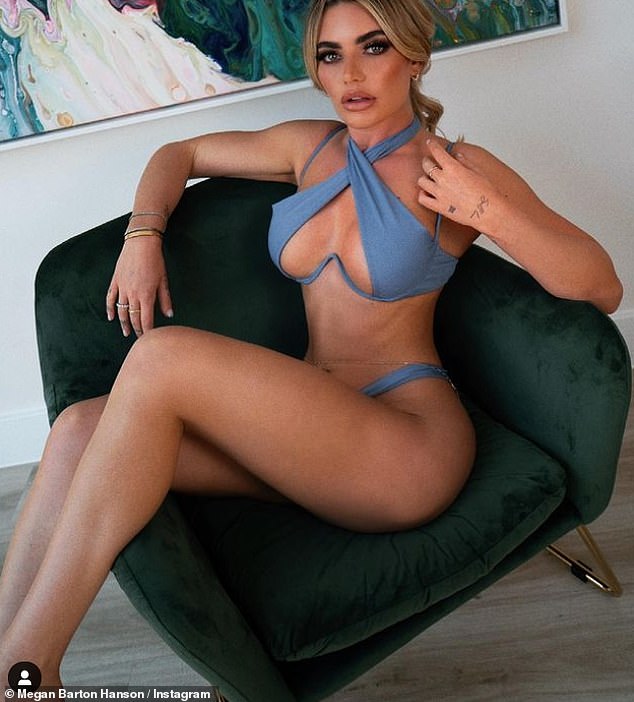 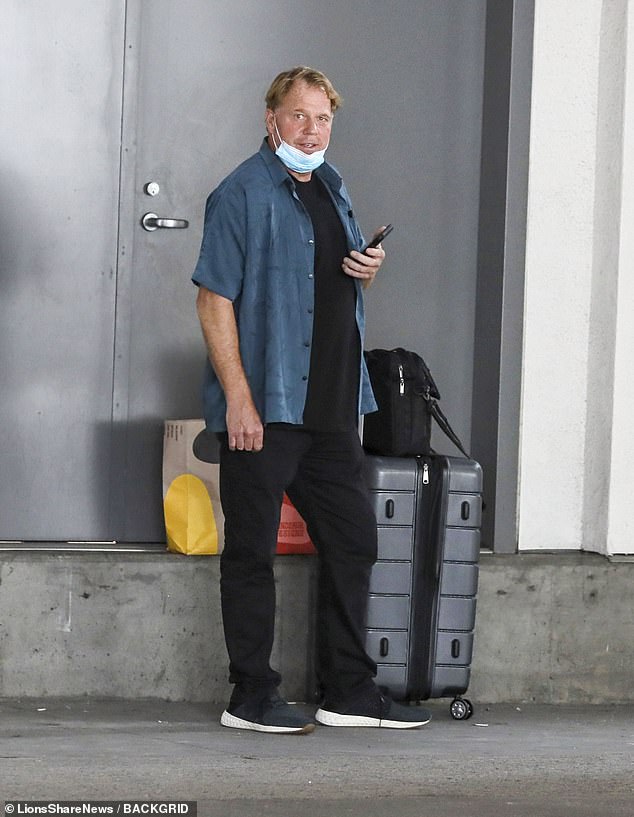 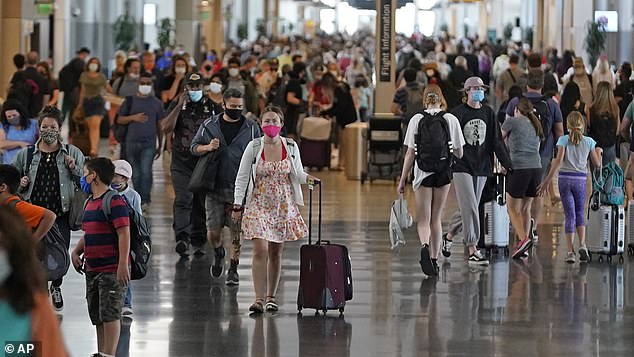 PICTURED: The commander of Seal Team 8 killed in training accident at Virginia Beach
53 mins ago