The cavalier King Charles spaniel is the dog breed that carries the most disease-causing genetic mutations, a new study reveals.

The small but adorable breed has been negatively affected by years of inbreeding – putting it at higher risk for heart disease, the study warns.

The past 300 years of dog breeding have created an incredible diversity of breeds with various sizes, shapes and abilities, the authors say.

But unfortunately, this has also caused many breeds to become more inbred and more likely to inherit genetic diseases.

Both King Charles I and his son, Charles II were devotees of the breed. The especially large number of potentially harmful genes in the genomes of cavalier King Charles spaniels, compared to other dogs, likely resulted from its breeding history

Erik Axelsson of Uppsala University in Sweden and colleagues published the new findings today in the journal PLOS Genetics.

‘We find that individuals belonging to the breed affected by the most intense breeding – cavalier King Charles spaniel (cKCs) – carry more harmful variants than other breeds,’ they say in their paper.

[This indicates] that past breeding practices may have increased the overall levels of harmful genetic variation in dogs.’

(Note: the breeds are not ranked in order of genetic mutations, although cavalier King Charles spaniel was most affected.)

The study’s researchers wanted to know whether recent breeding practices had increased the number of disease-causing variants in dogs.

They sequenced entire genomes from 20 dogs from eight common breeds, including the beagle, German shepherd, golden retriever and standard poodle.

They found that the cavalier King Charles spaniel, which experienced the most intense breeding, carried more harmful genetic variants than the others.

Standard poodles were also found to carry more harmful mutations than several of the other breeds, but not as many as the cavalier King Charles spaniel.

Comparisons of dachshunds with and without signs of heart disease were used to help identify mutations that potentially predispose cavalier King Charles spaniels to develop MMVD.

In this condition, the mitral valve in the heart degenerates, letting blood leak from the left ventricle back into the left atrium.

Researchersidentified two genetic variants linked to the disease, which appear to regulate a gene that codes for a common protein in heart muscle, called NEBL.

‘We find that recent breeding may have led to an accelerated accumulation of harmful mutations in certain dog breeds,’ said Axelsson. 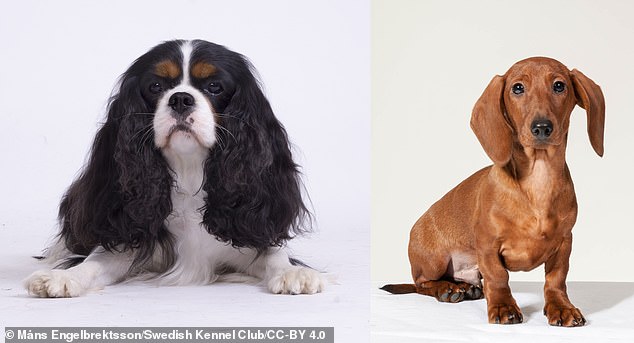 ‘In the cavalier King Charles spaniel specifically, one or several of these mutations affect heart muscle protein NEBL and may predispose this breed to devastating heart disease.’

Although the breed’s predisposition to the disease is already known compared with other dogs, the new findings offer a potential explanation for why this is. 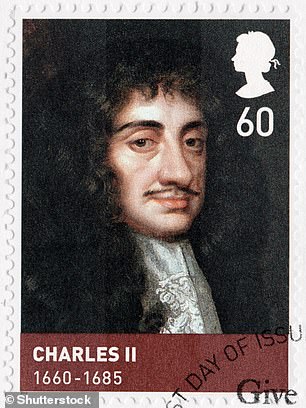 Portrait of King Charles II, who was a devotee of the breed

Axelsson told MailOnline that due to the low number of breeds looked at – only eight – it’s likely that there may be several other breeds that carry similar amounts of potentially harmful mutations as cavaliers do.

‘Future research will probably answer this question and potentially provide a more precise answer as to why we see these differences,’ he said.

The especially large number of potentially harmful genes in the genomes of cavalier King Charles spaniels, compared to other dogs, likely resulted from its breeding history.

Records suggest that small spaniel-type dogs have existed for at least 1,000 years and were popular at royal courts for several hundred years throughout Asia and Europe, including at the court of King Charles II (1630-1685).

These spaniels experienced several ‘bottlenecks’ where only a small percentage of the population passed on their genes to the next generation.

These bottlenecks may have made the harmful genes more common in the cavalier King Charles spaniel genome before the dog achieved recognition as a breed in 1945.

Both King Charles I and his son, Charles II were devotees of the breed, as American Kennel Club (AKC) explains.

‘Charles II was so attached to his spaniels that they went with him everywhere,’ AKC says on its website.

‘He issued a royal decree that the dogs should be allowed in all public spaces, including Parliament. The breed was even named for the monarch.’

GET TO KNOW THE CAVALIER KING CHARLES SPANIEL

The cavalier King Charles spaniel is a small spaniel with a short, but definite muzzle, large brown eyes and silky fur.

Its colours are black and tan, ruby, red and white (Blenheim) and tricolour (chestnut markings on a pearl white background).

The original Cavalier King Charles Spaniel dog breed was developed from the toy spaniels pictured in the work of 16th, 17th and 18th century painters such as Titian and Gainsborough.

They were very common as a ladies’ pet and were used to warm laps.

King Charles II was so fond of his spaniels he could not be parted from them.

By 1800, the snub-nose variety had taken over in popularity and the original spaniel was nearly lost.

Only the Duke of Marlborough kept a line alive, breeding them at Blenheim castle. 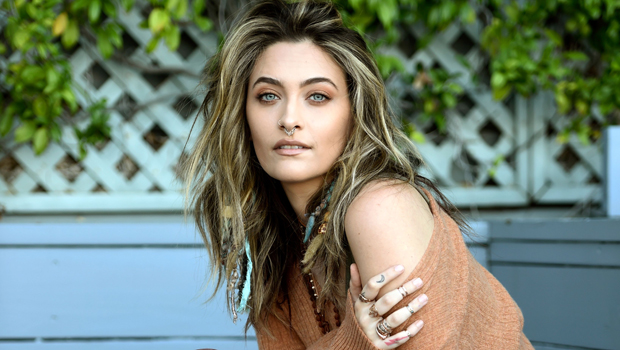 Paris Jackson Reveals How Dad Michael Made Sure She Didn’t Feel ‘Entitled’: It Wasn’t All ‘Glitz & Glam’ 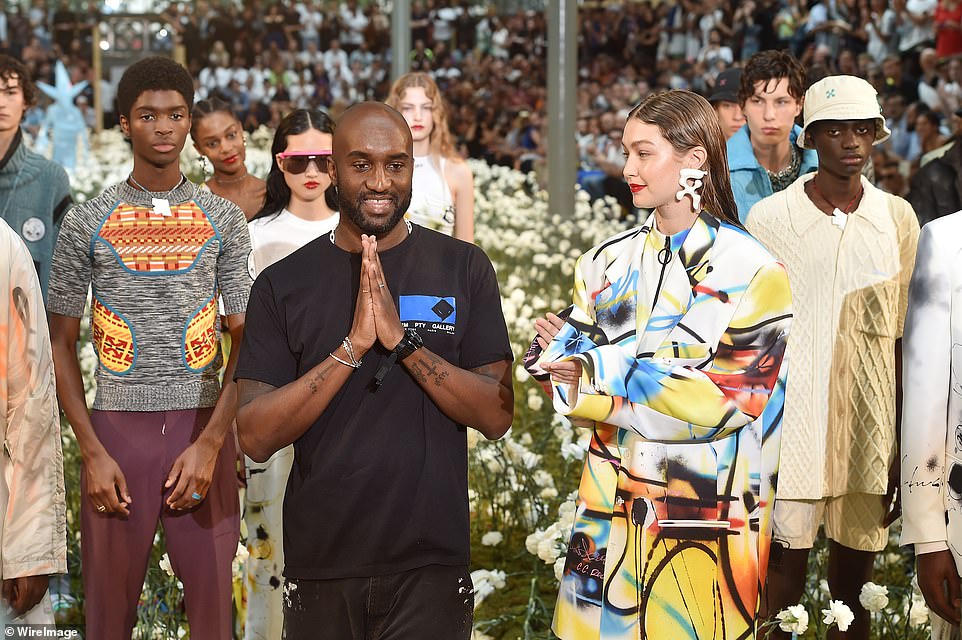 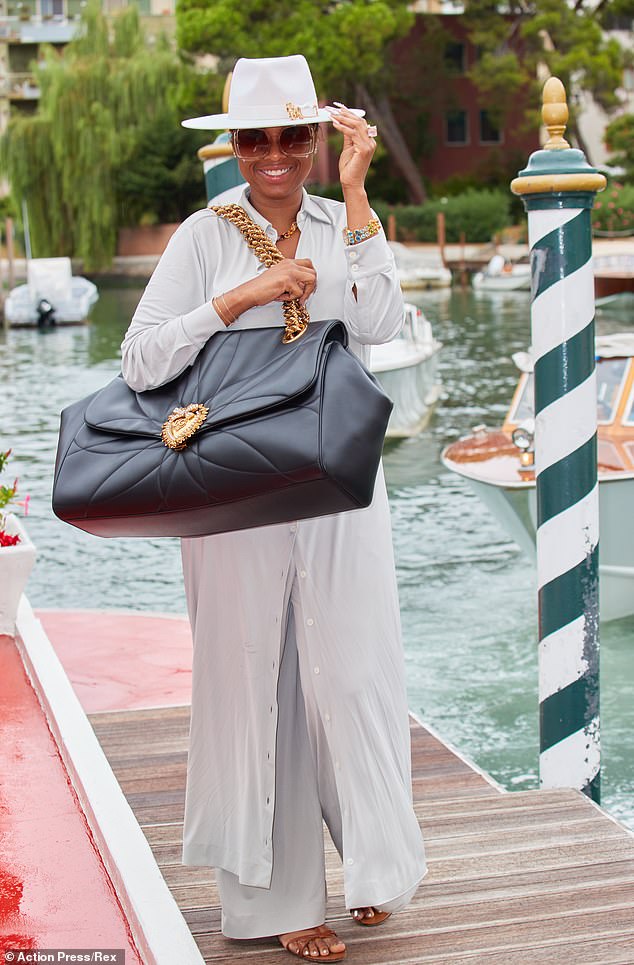 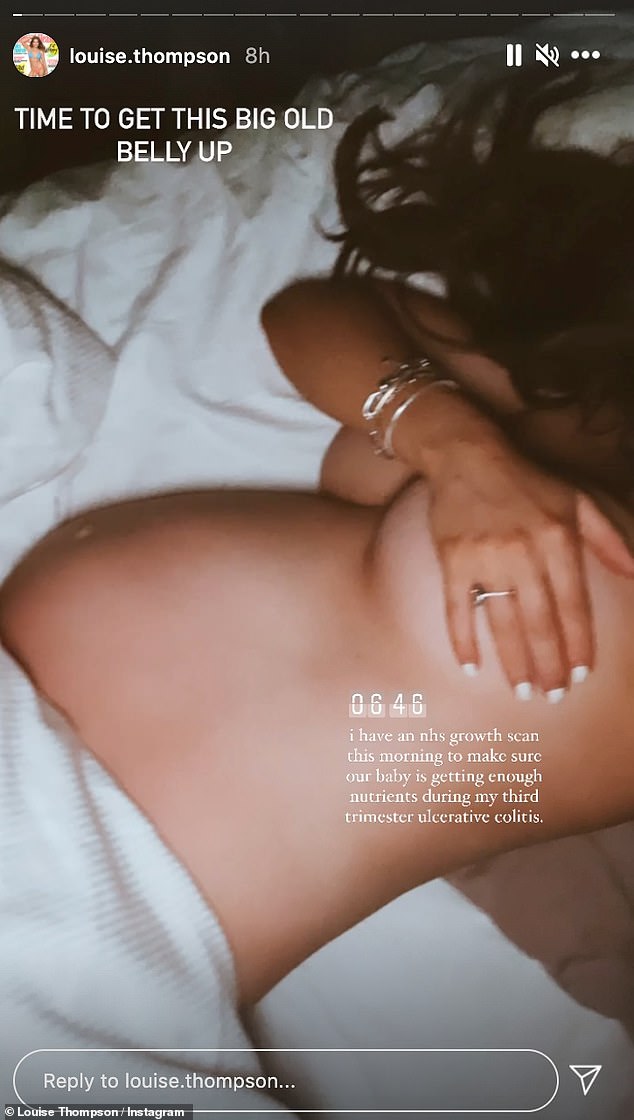