A newly declassified State Department report has suggested that the recorded noises linked to the earliest cases of Havana Syndrome were caused by crickets.

The 2018 report to the Trump administration does not propose that crickets caused the documented medical symptoms of the mysterious affliction, which more recent research blames on microwave weapons.

But the report makes clear that recordings from the US Embassy in Cuba actually captured native crickets and are likely unrelated to whatever caused the symptoms, according to a copy of the report released to BuzzFeed News.

‘We believe the recorded sounds are mechanical or biological in origin, rather than electronic. The most likely source is the Indies short-tailed cricket,’ says the 2018 report written by the JASON advisory group, an elite scientific board that reviews US national security concerns.

However, it goes on to note: ‘It cannot be ruled out that the perceived sounds, while not harmful, are introduced by an adversary as deception so as to mask an entirely unrelated mode of causing illness in diplomatic personnel.’

‘The objective medical evidence that the suffering experienced by the affected individuals is real, as is the necessity for therapeutic interventions,’ the report adds. 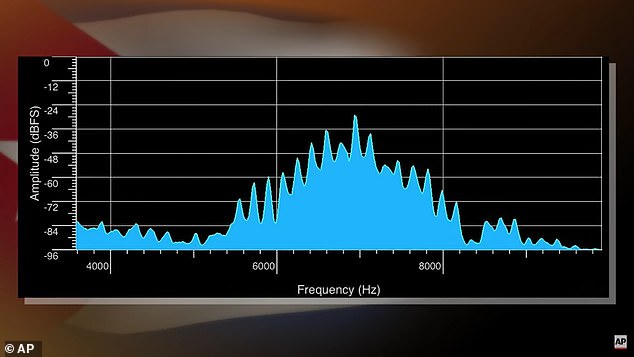 The chief suspects in the unsolved mystery are Russia and China, possibly employing microwave devices in an attempt to gather data from mobile devices remotely. Both countries deny involvement.

The earliest cases date to US diplomatic staff stationed in Havana in late 2016, who often reported hearing strange noises in conjunction with the onset of symptoms. 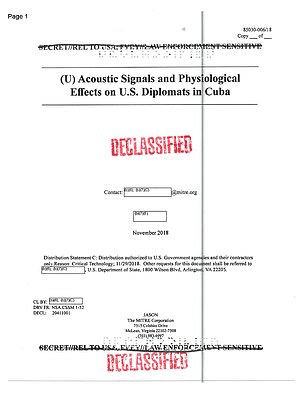 Recordings of those noises circulated among embassy staff and eventually leaked to the public – but the new report suggests that the noises were not directly related to whatever caused the symptoms of Havana Syndrome.

Sections of the report that deal with hypotheses about potential microwave or other directed energy weapons are heavily redacted, including the entire conclusions section.

However the report does suggest that the noises recorded in Havana were not directly related to whatever caused the medical symptoms.

‘No plausible single source of energy (neither radio/microwaves nor sonic) can produce both the recorded audio/video signals and the reported medical effects,’ the report said.

The report finds that medical evidence supports that the symptoms of Havana Syndrome are real, but that no single source of energy could have caused both the noises and the symptoms 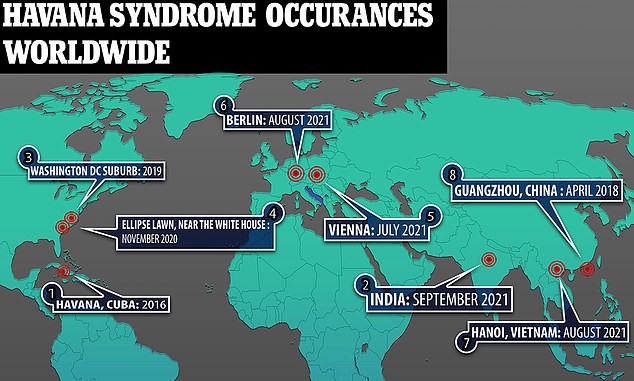 A more recent report commissioned by the State Department and published by a National Academies of Sciences found that microwaves were the “most plausible” cause of the symptoms of Havana Syndrome. 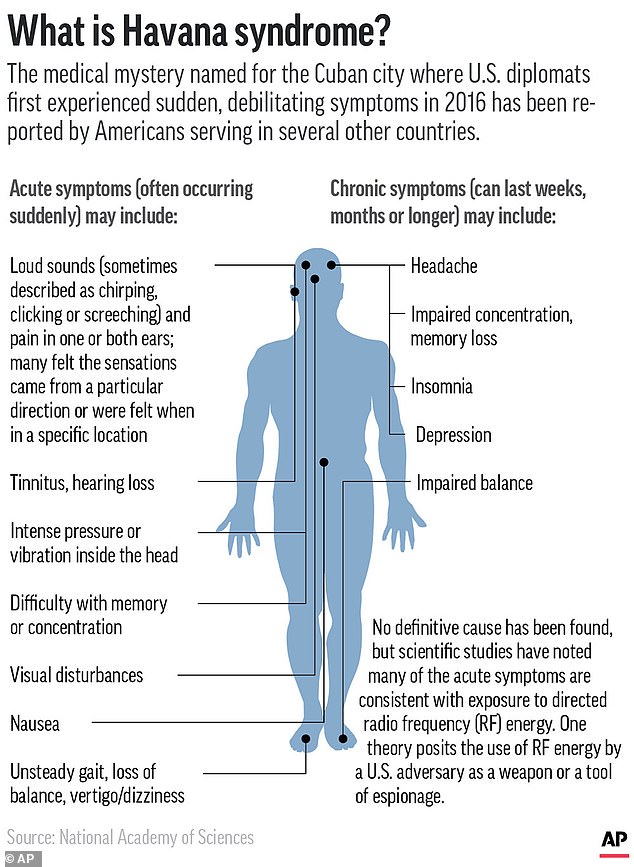 The energy weapon the could cause Havana syndrome is said to be a smaller version of this 1990s Soviet microwave generator, which is kept at the University of New Mexico

About a week ago, a CIA agent fell ill with suspected Havana syndrome while on a work trip to India with CIA Director William Burns, and another agent experienced the same symptoms about a month ago in Vietnam.

As well, the CIA evacuated an intelligence officer from Serbia who was suffering from symptoms within recent weeks, according to a report by The Wall Street Journal.

The circumstances surrounding incidents are being investigating, including if the agent in India was targeted because of his proximity to Burns.

‘In the past 60 to 90 days, there have been a number of other reported cases’ on U.S. soil and globally, Dr. James Giordano, a Georgetown University professor of neurology who is advising the U.S. government on the issue, told The Wall Street Journal.

‘They are seen as valid reports with verified health indicators.’

Dr. Giordano told The Wall Street Journal that cause could be some form of ultrasonic or acoustic device; a rapidly-pulsed microwave; or a laser-based system.

He told the newspaper that the intent is unclear but it could be employing an electronic surveillance system with unusual side effects, or ‘a discrete form of disruptive instrument,.

On September 15, Defense Secretary Lloyd Austin issued a memo to DoD employees to report any symptoms of the so-called Havana Syndrome in an effort to get to the bottom of the mysterious illness.

Austin advised personnel who believe they have come down with Havana Syndrome to, ‘Immediately remove yourself, coworkers, and/or family member from the area, and report the incident,’ according to the memo, first reported on by the New York Times. 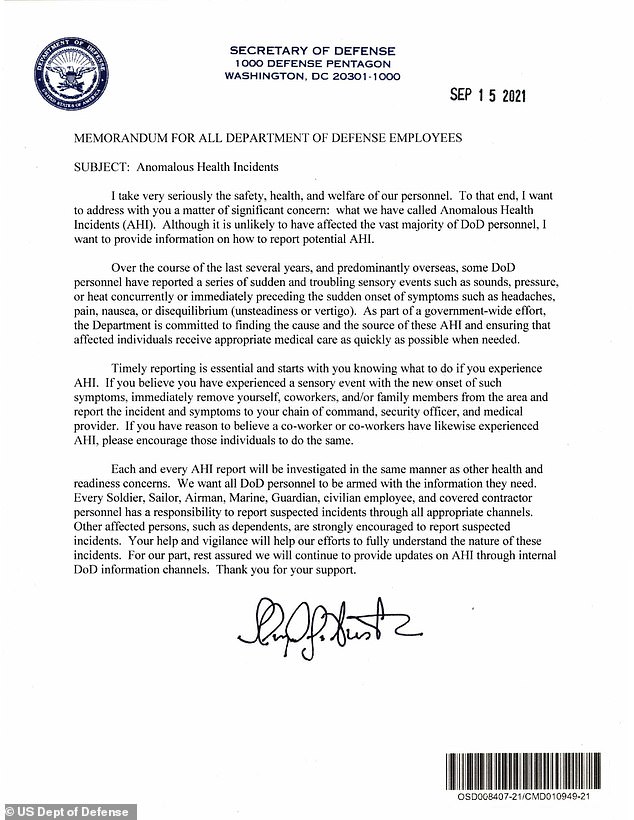 The memo was issued to all 2.9million DoD employees, including service members, civilians and contractors 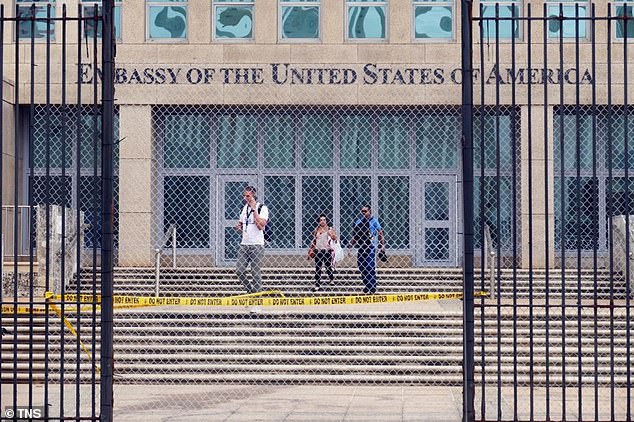 Although referred to as Anomalous Health Incidents by US government officials, the Havana Syndrome earned its colloquial name from the first reported instance of the illness in 2016 at the US embassy in Havana, Cuba (pictured)

At least 200 cases across the government are now under investigation, up from several dozen last year, according to a U.S. defense official who was not authorized to discuss details publicly. The National Security Council is leading the investigation.

The request came amid a stepped-up investigation by the US government into the causes of the illness, and to discover who or what might be responsible.

‘There’s a classic intelligence problem, and we are approaching it with the same techniques,’ David S. Cohen, deputy CIA director said at the annual Intelligence and National Security Summit in September, The New York Times reported.

In August, Vice President Kamala Harris’ trip to Vietnam was delayed by more than three hours due to an ‘anomalous health incident in Hanoi,’ which is what the U.S. government officially calls suspected Havana syndrome cases.

A U.S. military officer based in a country with a large Russian presence also said he felt like his head was going to explode during one incident when he was near a GRU vehicle. 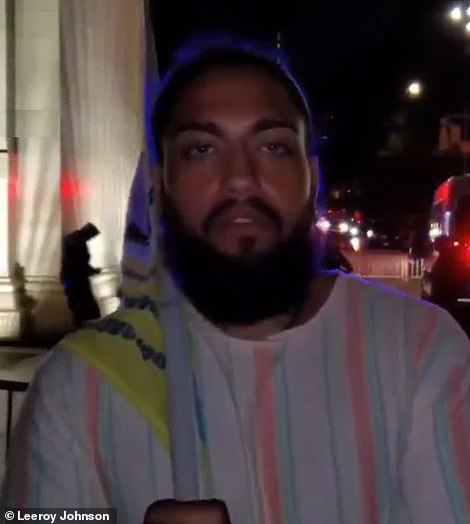 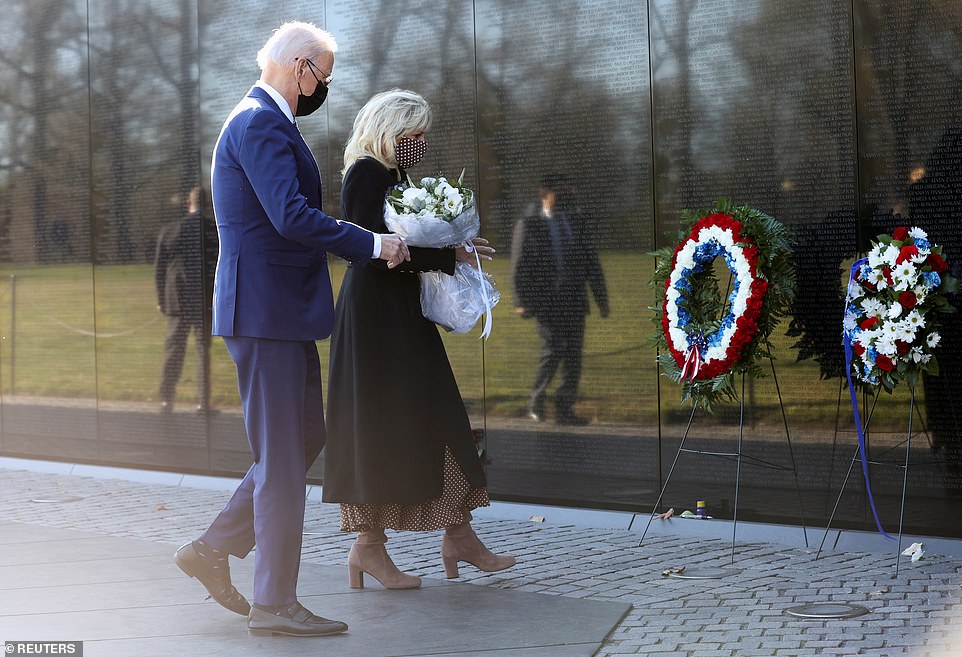 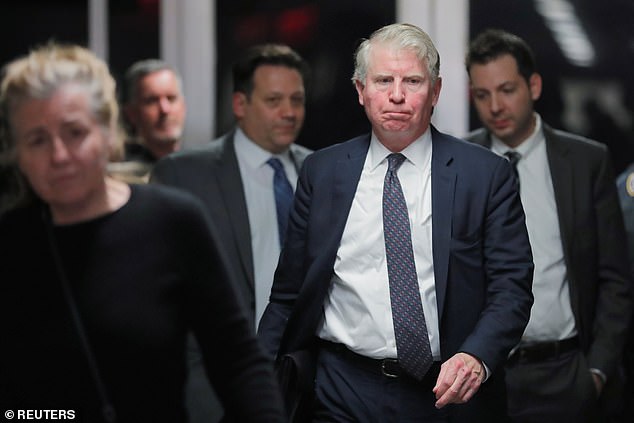 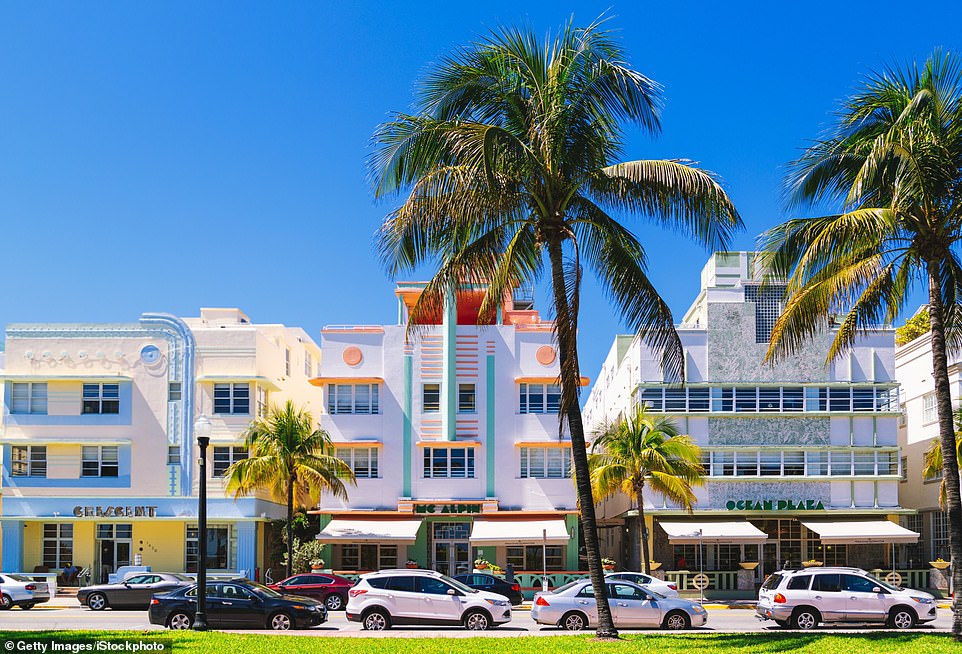 Florida holiday guide: The Sunshine State is bursting with attractions, from Miami to Key West