South Dakota Attorney General Jason Ravnsborg most likely knew he had run over and killed a man on the night of the fatal 2020 crash before telling a 911 dispatcher that ‘it could be’ a deer, out-of-state criminal investigators told a committee considering bringing impeachment charges.

Investigators said they doubted Ravnsborg’s insistence, both in public and in law enforcement interviews, that after the fatal hit-and-run of 55-year-old Joseph Boever near the town of Highmore in September 2020, the AG initially thought he had hit an animal.

They pointed to what they believed were two slips in Ravnsborg’s account as he was being interviewed by law enforcement officers 18 days after the crash.

‘He said he saw him. The only other person out there was Joe Boever,’ North Dakota Special Agent Joe Arenz said, referring to a point in the Republican AG’s interview where he said that as he was surveying the accident scene, he turned around and saw ‘him.’

‘So I know exactly where I turn around and saw him,’ Ravnsborg, 45, said during the recorded interview with investigators, before quickly correcting himself: ‘I didn’t see him. I did not see him.’

Detectives also told Ravnsborg during the 2020 interview that Boever’s glasses had been found inside his car after the accident – and ‘the only way for them to get there is through the windshield.’

A South Dakota House committee is weighing whether Ravnsborg should face impeachment charges for his conduct.

He pleaded no contest to careless driving, driving out of his lane and operating a motor vehicle while on his phone misdemeanor charges last year. In an August 2021 ruling, he was spared jail time and was ordered to pay $500 each of his two charges and $3,742.38 in restitution.

Investigators said they doubted Jason Rvnsborg’s insistence, both in public and in law enforcement interviews, that he thought he had hit a deer in the night of a fatal crash in 2020 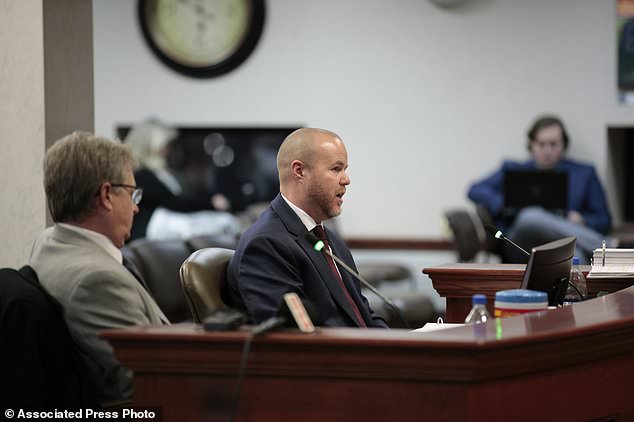 Joe Arenz, an agent with the North Dakota Bureau of Criminal Investigation, testifies to a South Dakota House committee on Wednesday, January 19, 2022

South Dakota House lawmakers began impeachment proceedings in February 2021, but South Dakota’s House of Representatives agreed in March to hold off on the proceedings until the court case reached its conclusion.

No further hearings have been scheduled by the committee. For the impeachment to proceed, the committee must recommend it to the full House, which would in turn have to vote to impeach Ravnsborg in order for the proceeding to reach the state Senate.

A two-thirds vote in favor of impeaching Ravnsborg at the state Senate level would then remove him from office.

‘His face was in your windshield, Jason. Think about that,’ one of the agents interviewing Ravnsborg said.

‘I did not know it was a man until the next day,’ he argued. ‘I just believed it was a deer.’

The night of the incident, Ravnsborg called 911 and told a dispatcher that he hit ‘something’ and that ‘it was in the middle of the road.’

When the dispatcher asked if it could have been a deer, Ravnsborg initially said, ‘I have no idea’ before adding, ‘It could be.’

Investigators determined that Ravnsborg would have walked right past Boever’s body and the flashlight Boever had been carrying as Ravnsborg looked around the scene the night of the crash. The flashlight was still illuminated the next morning.

‘I believe he would have had to see him,’ North Dakota Special Agent Arnie Rummel told lawmakers.

The investigators, who were called in from out of state to avoid a conflict of interest, also testified that Ravnsborg said in the interview that he didn’t see what he hit ‘until impact.’

To detectives, that was another slip that became ‘a piece of evidence’ leading them to doubt Ravnsborg’s claims.

‘When the story changes, in my opinion, they are not being straightforward and telling the truth,’ Rummel said, referring to Ravnsborg initially telling them he had not been scrolling through his cellphone, then later acknowledging he had in the minutes before the crash. 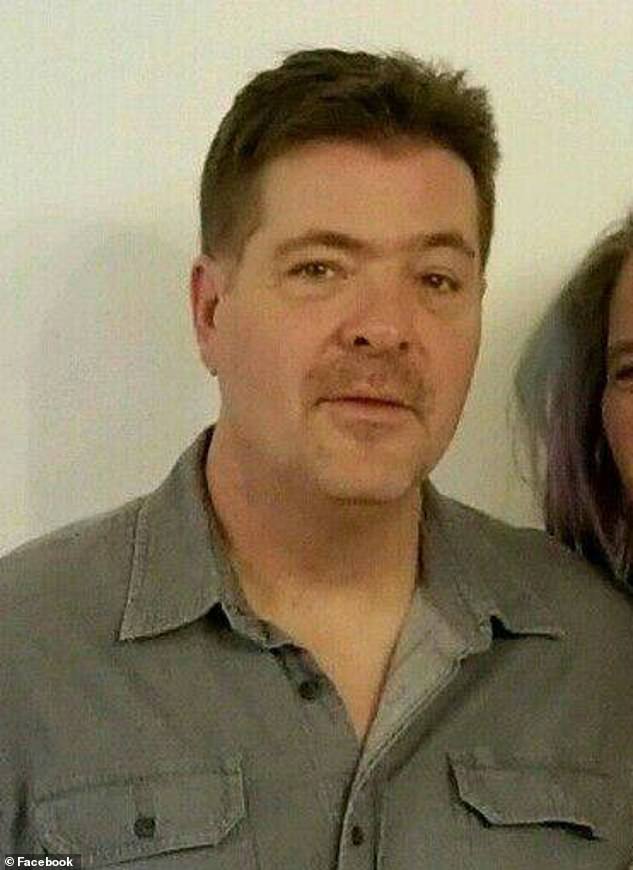 The Republican committee spent hours Tuesday drilling into South Dakota officials and raising questions about the governor’s involvement in the investigation.

Earlier Wednesday, Governor Kristi Noem jumped into the impeachment investigation, slamming how fellow Republicans have so far focused on questioning crash investigators rather than Ravnsborg´s conduct.

‘It grieves me that because of a political agenda, some legislators on the committee are attacking the integrity of our law enforcement officers,’ the Republican governor told The Associated Press, adding that it was an ‘inappropriate’ and ‘tragic’ turn of the committees’ attention.

The committee’s investigation is happening amid an election-year split between the governor and a right wing of House Republicans.

Noem, who is seeking reelection this year while positioning for a potential White House bid in 2024, invoked support for law enforcement officers and the grief of a dead man’s family as she pushed for ‘some justice’ in the situation.

Noem has made it clear that she believes the misdemeanor charges, which carried a maximum penalty of 30 days in jail or a $500 fine, were not enough, and wants him removed from office.

In August, Stanley County Courthouse Judge John Brown ordered the first-term attorney general to pay $500 fines for each of the two charges and pay $3,742.38 in restitution.

He had initially been charged with careless driving, driving out of his lane and operating a motor vehicle while on his phone.

Prosecutors dropped a third careless driving charge as part of the plea deal. 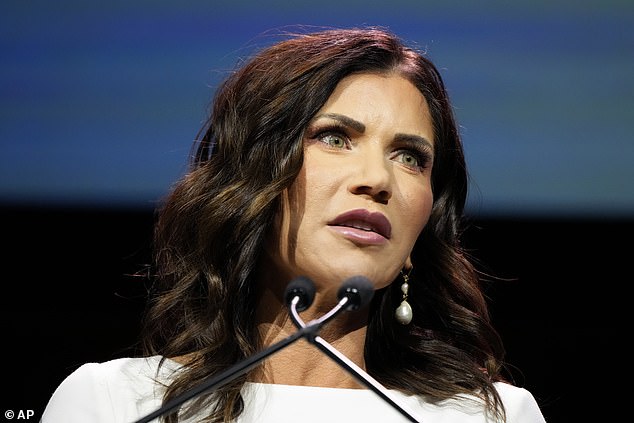 Earlier Wednesday, Governor Kristi Noem jumped into the impeachment investigation, slamming how fellow Republicans have so far focused on questioning crash investigators rather than Ravnsborg´s conduct 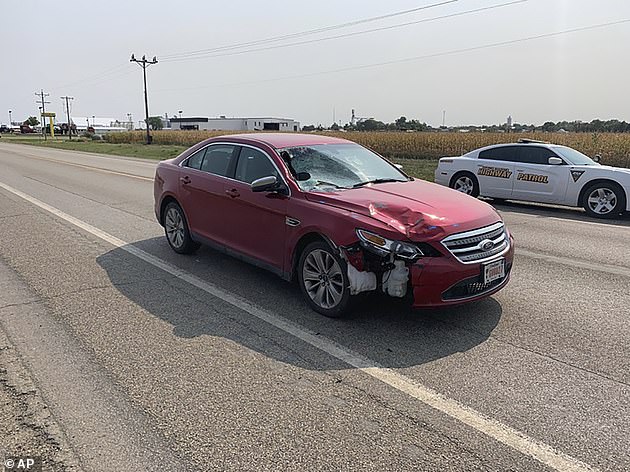 Jane Boever, the victim’s sister, said after the sentencing that although her family waited a long time for justice, they never got it.

‘As you can imagine this ordeal has been deeply upsetting for us,’ she said in a statement released to DailyMial.com. ‘349 days ago, our brother and son Joe was struck and killed by Ravnsborg. We waited 349 days to face his killer. But Ravnsborg didn’t have the courage to appear in court today. We waited 349 days for this nightmare to be over, to find closure.

‘But Ravnsborg is walking away with a slap on the wrist, minimal fines, no jail time.’

In the first interview, they can be heard asking him about glasses that were found inside the vehicle, and whether he ever wore glasses himself.

‘There was like a black-framed glass, part of them was laying on the front passenger floorboard, and part of them were laying in the back seat, broke in half. Do you know [about them]?’

During the next interview, the issue of glasses came up again. ‘They’re Joe’s glasses,’ the agent says, ‘so that means his face came through your windshield.’

Ravnsborg can be heard sighing deeply. ‘I was thinking that his face did not come through because I thought there would have been blood…’ he says.

‘The glasses are right there, Jason. They’re Joe’s. The only was for them to get there is through the windshield,’ the agent adds. ‘Did you see anything?’

‘I did not see anything,’ Ravnsborg insists. ‘I mean… it was just… Again, I was looking to get to the side. I did not. See. Anything.’

Ravnsborg has said he is confident he did not commit a crime, and that he was not drinking before the crash. He provided a blood sample and handed over his electronic devices to investigators. A toxicology report from a sample taken roughly 15 hours after the crash showed no alcohol in Ravnsborg’s system.

Noem would get to name the attorney general’s replacement if Ravsnborg is removed.

In addition to calling for his resignation and supporting the impeachment inquiry, she has used the public release of video of Ravnsborg being interviewed by investigators to pressure him to step down.

The attorney general has refused, and several political allies on the House investigative committee posed questions about the governor’s role in the crash investigation.

Noem said she was not involved in the investigation but stayed informed ‘at certain points when it was appropriate.’

House Speaker Spencer Gosch, a Republican, questioned why North Dakota´s Highway Patrol had not taken over the investigation ‘given the political nature of the situation’ between the governor and attorney general.

Other Republican lawmakers, including Rep. Steve Haugaard, who is challenging Noem in the GOP primary, delved into how Noem had used the investigative materials. 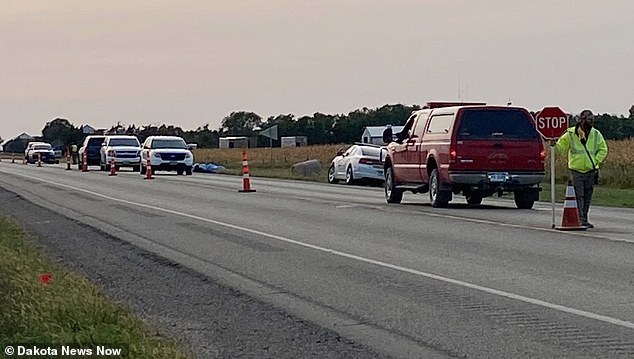 Ravnsborg initially said he thought he had hit a deer or a large animal and was unable to explain why his car had swerved. Pictured: The scene of the incident

Gosch said the governor had been told ‘not to intervene, interlude or try to influence in any way’ the impeachment investigation process, adding ‘it’s our responsibility to do our job.’

Noem suggested they should focus on Ravnsborg’s conduct.

‘This process is just to determine if the attorney general should still be the attorney general. That’s the only question in front of them,’ Noem said. She said lawmakers should examine whether Ravnsborg still has the support of law enforcement officers.

Although Ravnsborg has stayed mostly silent on the crash investigation and impeachment inquiry, he is positioning for a reelection bid despite a challenge for the Republican nomination from former Attorney General Marty Jackley.

After his trial last year, Ravnsborg accused ‘partisan opportunists’ of exploiting the situation.

Amid the political falling out with the governor, Ravnsborg has also pushed a pair of inquiries into whether Noem abused the powers of her office. 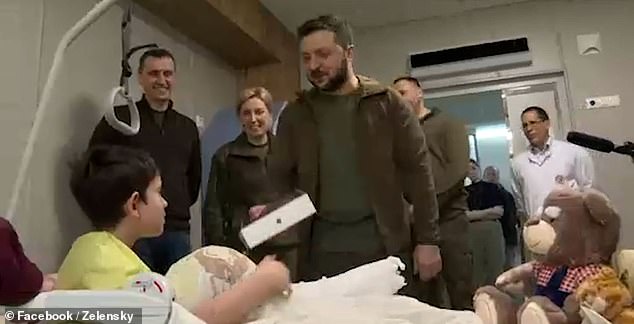 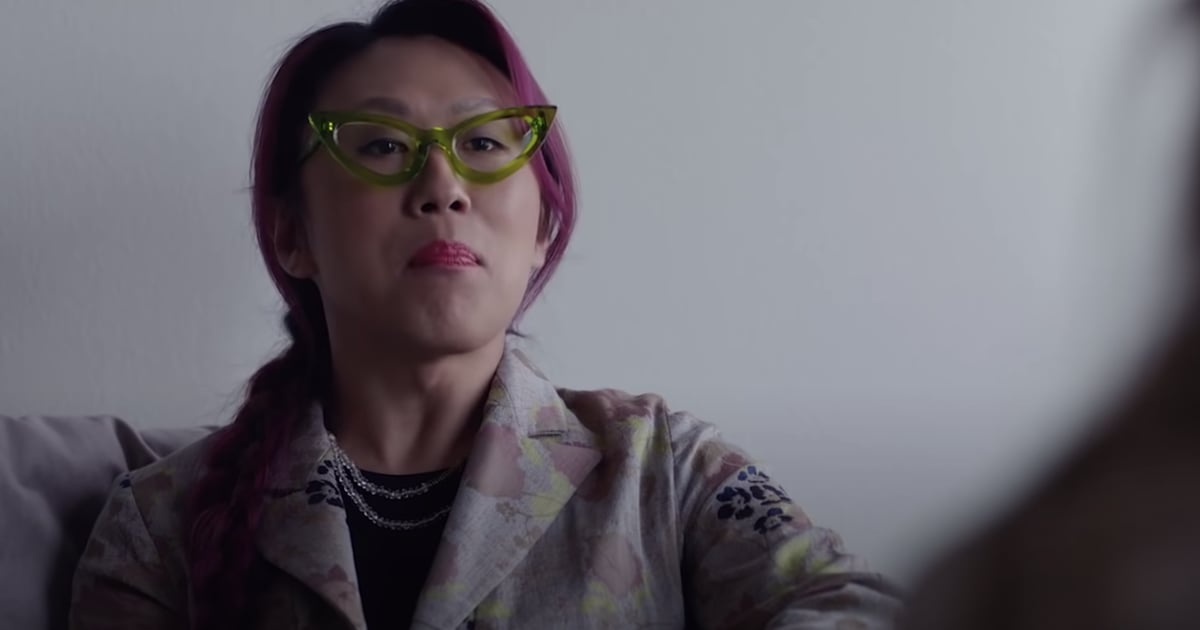 Ana Arriola Has Led a Private Life Since Leaving Theranos 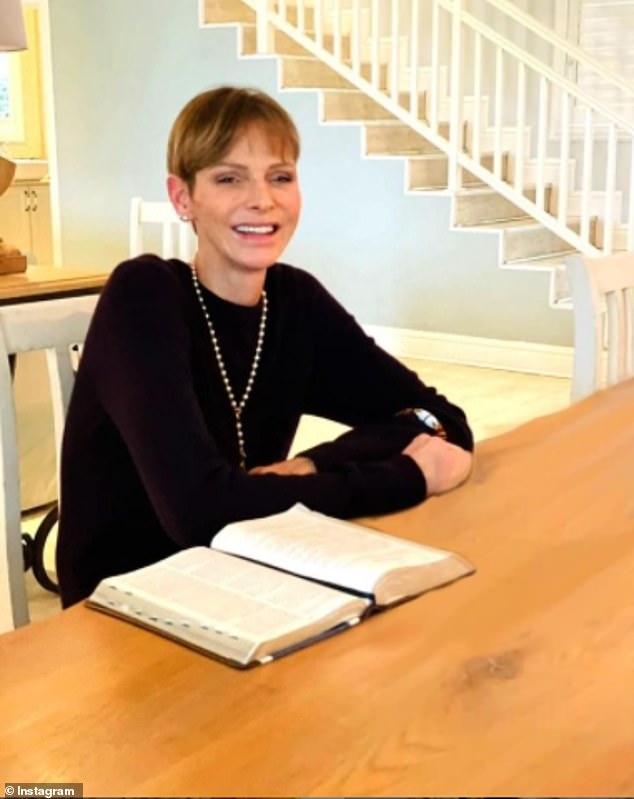 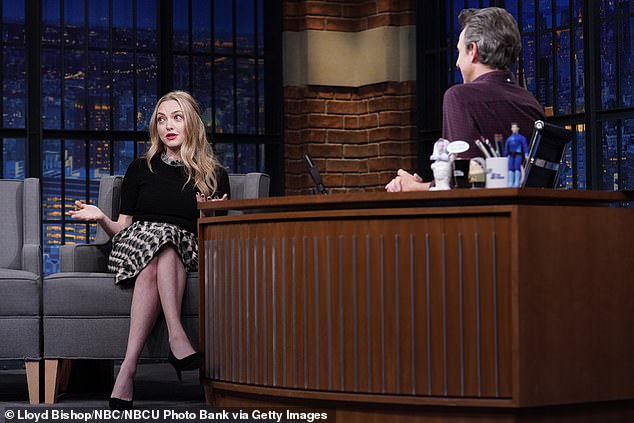