Sharon Osbourne adamantly denies ever calling Julie Chen a ‘wonton,’ in an exclusive interview with DailyMail.com, saying the claims are ‘crap, all crap’.

The TV veteran, 68, added: ‘Everyone’s got an opinion or a story like the wonton story. It’s like f**k off with your f**king wonton story. F**k off!

‘Everybody’s got an opinion and everybody’s got a voice – it’s fine. It’s about knowing somebody’s been called out for something and then somebody else is like, ‘yes!! I’m going to add something too.’

‘Of course, it’s a pile on. People want to add fuel to the fire and it comes with the territory and that’s fine.’

Osbourne has been at the center of a race storm since defending long-time friend Piers Morgan during an episode of The Talk that aired last Wednesday.

Sharon Osbourne tells DailyMail.com in an exclusive interview that she never called Julie Chen a ‘wonton’ and those claims are ‘crap, all crap’ 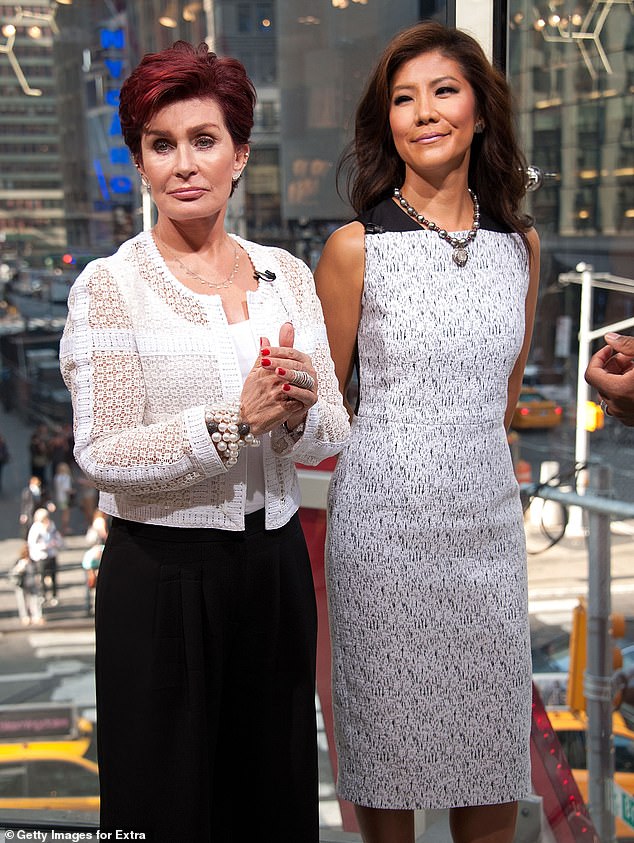 And on Tuesday the allegations piled on when sources revealed to journalist Yashar Ali that Osbourne has a history of making racist references to her co-hosts.

During the show, Osbourne and co-host Sheryl Underwood, 57, became embroiled in an argument about Morgan’s take on Meghan Markle’s interview with Oprah Winfrey.

The bust-up has left her friendship with Underwood hanging by a thread, angry about the ensuing pile-on and with her career at CBS in doubt.

Although she says she is being supported by her friends, family, Morgan and her co-stars – albeit Underwood aside – she told DailyMail.com the furor has been tough to take.

She said: ‘It’s been a really, really bad week – a lot of mental pressure and heartache.’

Osbourne told DailyMail.com that she wasn’t warned that a debate was coming and had been prepped beforehand for four completely different segments.

She says she was blindsided and stunned to discover her co-hosts were questioning her using cue cards on a part of the show that is usually ad-libbed.

Osbourne says it was at this point, she realized she had been set up by producers intent on creating headlines and CBS bigwigs angry with her for defending Morgan who they believe ‘tarnished’ their top rated Markle interview with his comments.

Morgan told Good Morning Britain viewers that he didn’t believe a word Markle said and added: ‘I wouldn’t believe it if she read me a weather report’.

Osbourne was later accused of racism for backing Morgan’s right to voice an opinion, while Morgan has now left Good Morning Britain after refusing to apologize for his comments.

Osbourne told DailyMail.com that she later discovered The Talk’s producers had initially asked Elaine Welteroth to lead the questioning but she refused when they were unable to provide her with any evidence of Morgan’s alleged racism. 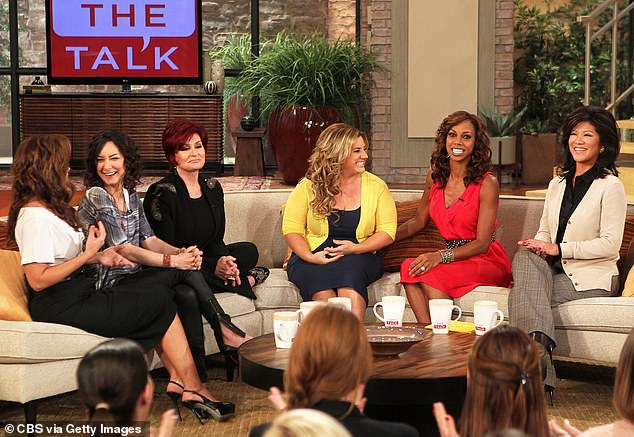 Osbourne said: ‘I just think Piers tarnished their perfect interview that’s been so well received in America – I can’t talk for the rest of the world, I can only say here.

‘Especially the younger kids here, they are totally behind Harry and Meghan and that’s great.

Having realized she had been ‘set up’, she lost her temper and became angrier still when the debate wasn’t ended after the first commercial break but allowed to continue for another 20 minutes.

She says she was left even more furious when Morgan – and her by association – were accused of being racist, despite producers ‘not having a shred of evidence’.

Osbourne said: ‘It’s hurtful but the thing is, when you’re tarred with that, you can’t defend it because the more you defend it, the worse it is for you.

‘You know, it’s like that line that people use – oh some of my best friends are black and you come out with ridiculous statements. Well I’m not going to do that.

‘Yes, I blew my bloody wad on the show and I went nuts, I went nuts. All these thoughts were going through my head while I was answering these questions and I knew I’d been blindsided.

‘They’d set me up. They’d set me up. The producers never told me. If they’d said to me, listen, the execs here aren’t happy with what’s gone on with you and Piers – we’ve got to try and sort this situation out, the girls are going to ask you these questions, blah, blah. Bring me in on it. Don’t blindside me.

‘If they’d said these execs aren’t happy, I’d have worked on it with them. But give me a chance. Don’t bloody surprise attack me on national TV live for 20 minutes when it was meant to be four other segments.

‘We were meant to talk about fu**ing Pepe Le Pew and they let this go on.’

The fight has now seen the show put on hiatus until next Tuesday while bosses complete an investigation into the episode that was requested by Osbourne herself.

Meanwhile, former co-stars Julie Chen and Leah Rimini have publicly come out to complain that Osbourne once referred to Chen as ‘a wonton’ and Rimini as being ‘ghetto’.

The claims came shortly after another former co-star, Holly Robinson Peete, also accused Osbourne of saying she was ‘ghetto’ and allegedly got her fired.

Asked if she had ever called Chen a wonton, she added: ‘It’s all crap. It’s all crap. I don’t want to go there with her. She makes her living out of outing people. So, it’s like come on.

Osbourne added: ‘All these little people who want to come out with a story about [Piers] or me from the 70s or 80s or whatever, it’s like f**k you all.

‘I couldn’t care less. And I’m not going to defend myself. It’s like, oh shut up – I’m too bloody busy.’

Osbourne told DailyMail.com that she suspects the row will now cost her place on The Talk but hopes the CBS investigation will at least give her answers to who gave the order blindside her and why. 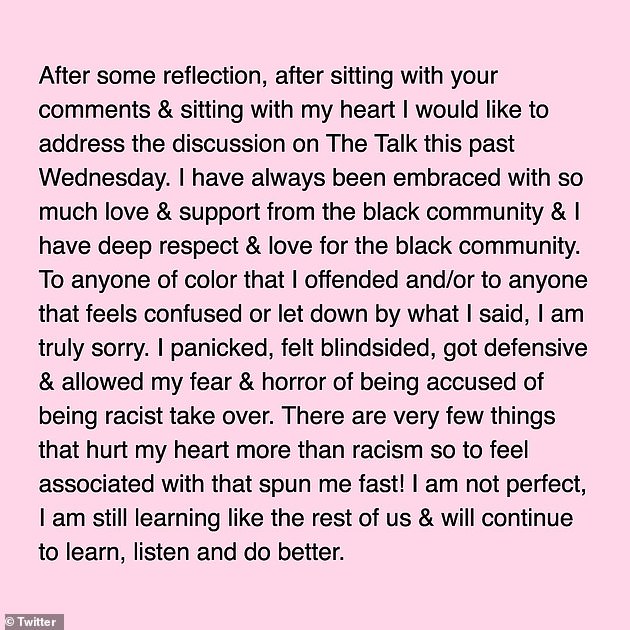 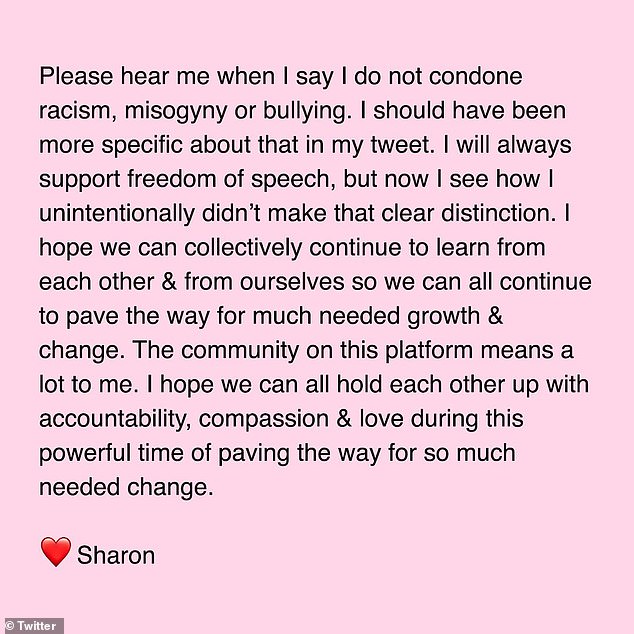 She said: ‘I kind of think they’re going use me as a sacrificial lamb and fire me. It’s fine. It’s fine. It hasn’t happened yet but I’m sure it will.

‘If that’s what they want to do, so be it. I’m a big girl. I lost my cool in there [on the show], I did. I totally lost it and came off so horribly defensive. I can only learn from that.

Despite the row, Osbourne says she doesn’t regret standing up for Morgan and denied apologizing for her defense of him in a social media statement on Friday – insisting instead that she was apologizing for losing her temper.

She said she is trying to rebuild her friendship with Sheryl and has apologized for making her cry but said she is yet to hear back.

Of Morgan, she says she would come to his defense again if she had to, adding: ‘And not just Piers – everybody has a voice and an opinion.

‘I don’t agree with his opinion all the way, I don’t. But the difference is, he knows Meghan and I don’t. it’s like, hey, the guy has a right to his opinion – I’m sure I say things and he goes, she’s f**king nuts!

‘Piers and I have got a great friendship. But we fight – we have huge fights. I’ve slapped Piers. Piers has seen my breasts! We get drunk together, we argue a lot over things we don’t agree on but at the end of the day, that’s it.’

Boy, 3, is killed and his mother is seriously injured after being mauled by neighbor's two dogs 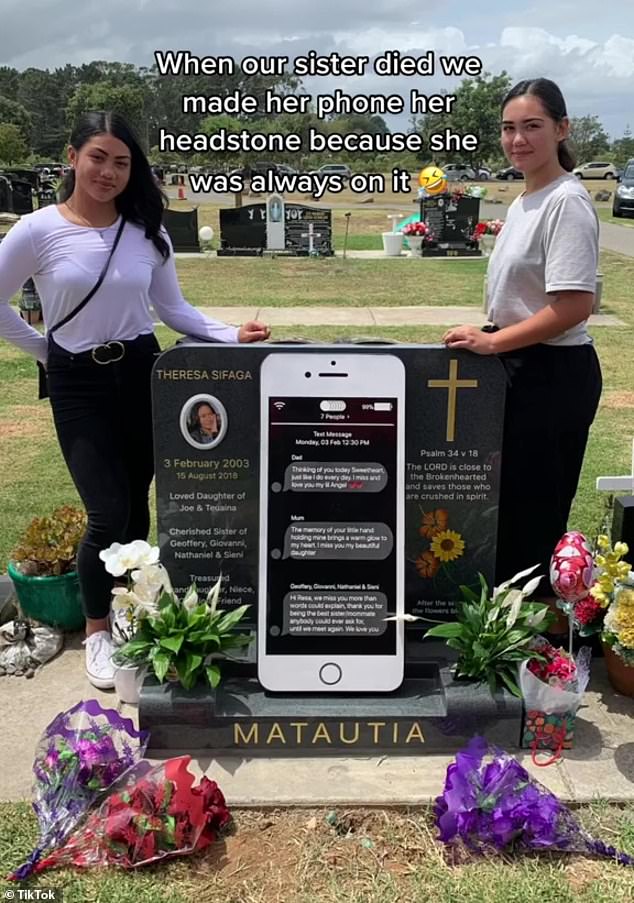 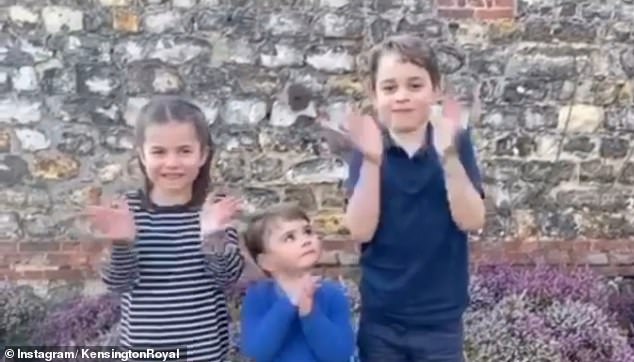 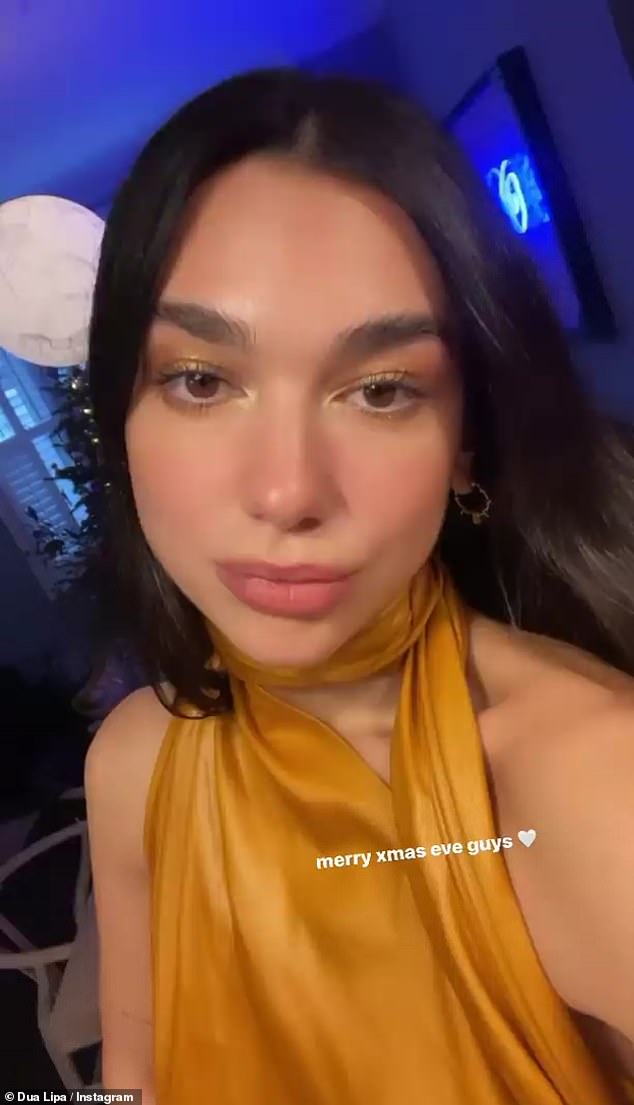 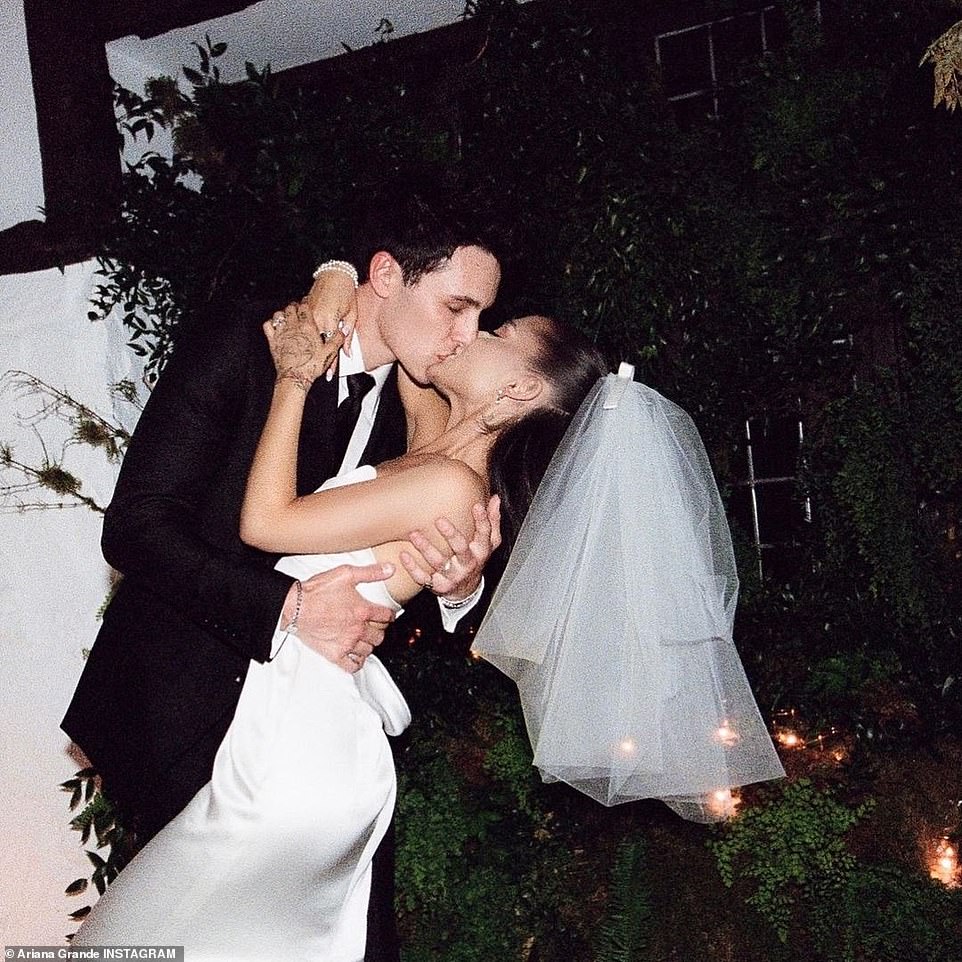