Luxurious gifts of tiger and cheetah fur given to Donald Trump by the Saudi royal family are fake, a new report revealed Monday.

The expensive presents were given to Trump during his 2017 trip to Saudi Arabia, his first overseas presidential visit.

The furs, as well as a dagger with an ivory handle, were probed over possible concerns they violated the Endangered Species Act.

Trump officials received a total of 82 gifts during that May visit, a State Department report obtained via a New York Times Freedom of Information Act request revealed.

Nine of the most expensive gifts including the dagger and furs weren’t disclosed until Trump’s last full day in office.

But according to the US Interior Department, which seized the gifts over the endangered species concerns, the furs don’t violate any laws because they aren’t made of real big cats.

‘Wildlife inspectors and special agents determined the linings of the robes were dyed to mimic tiger and cheetah patterns and were not comprised of protected species,’ an Interior Department spokesperson told the Times.

The knife was given to Trump by a Qatari official during the visit. It is ‘possibly’ real, according to the department. 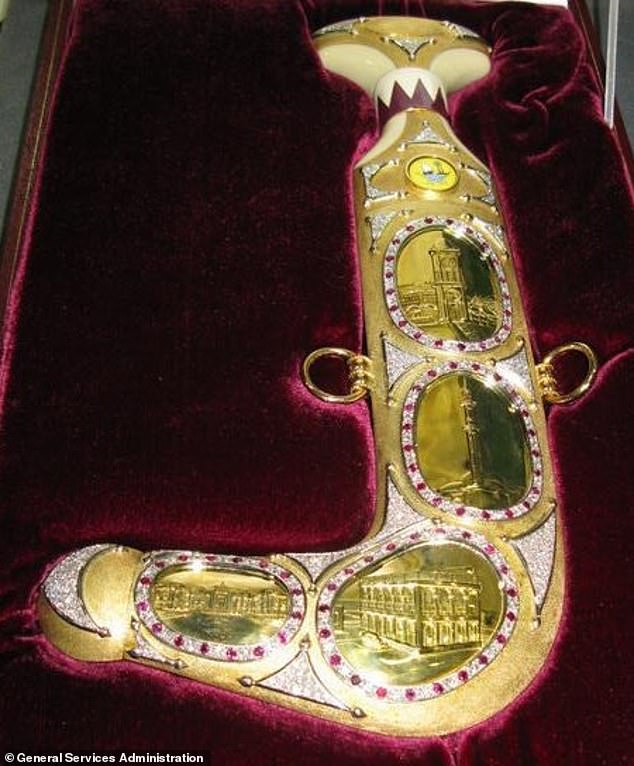 The intricate gold-clad ivory handle ‘appears to possibly contain tooth or bone of some variety’ but Interior investigators added ‘additional laboratory analysis would be required to identify the species.’

It’s unclear if the Saudi royal family knew the furs were fake.

DailyMail.com has reached out to the Interior Department and a Trump spokeswoman for comment.

The White House reportedly did nothing about it and didn’t disclose them for the rest of Trump’s term.

According to a 1966 law passed by Congress, US officials are only allowed to keep gifts valued at no more than a few hundred dollars. In 2017 the maximum value was $390, and today it is $415.

Gifts that are worth more are regarded as government property. The State Department’s Office of Protocol is required to record those and keep track of their disposition.

Recipients either have to turn them over to the National Archives or another government entity or purchase them for personal use at their valued cost.

Monday’s report points out that nine of the priciest gifts Trump got in May 2017 – including the robes and dagger – were sent to the White House gifts unit for appraisal but never appeared on the annual filing.

On his last full day in office Trump officials reported those gifts to the General Services Administration (GSA).

The robes and dagger were seized by the Interior Department’s US Fish and Wildlife Service after the Times asked the GSA why it was holding items that possibly violated the Endangered Species Act.

A Fish and Wildlife Service agent collected the pricey gifts from a Virginia warehouse after the GSA alerted the Interior.

The discovery of the dyed fur robes is a highly embarrassing incident for the Saudis, a Saudi-US relations expert told the Times. 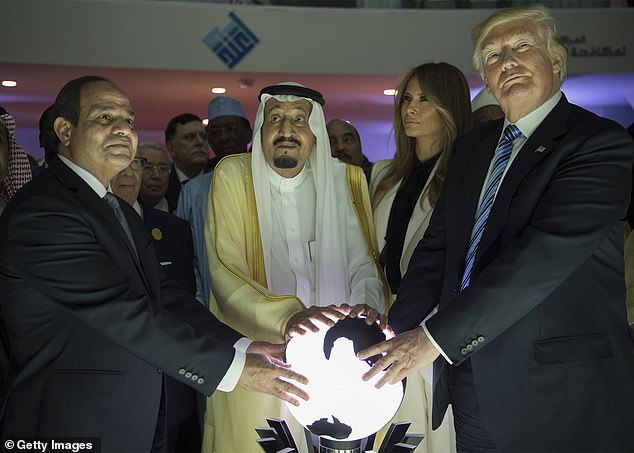 Trump’s trip to Saudi Arabia in may 2017 was his first overseas presidential visit. Saudi officials showered the Trump administration with 82 gifts

‘The two most important things for them is to look like they’re aboveboard world actors, and are rich and show their wealth,’ Brookings Institute Senior Fellow Bruce Riedel explained.

Saudi Arabia has been known for bestowing lavish gifts on heads of state, including US presidents.

Other items the royal family gave Trump include framed paintings of himself and multiple swords and daggers, according to the State Department.

Pens worth hundreds of dollars were also given to people in Trump’s orbit including his daughter Ivanka.

Then-Secretary of State Rex Tillerson got a golden eagle statue worth more than $3,000.

One of the gifts given to adviser Jared Kushner is a book titled ‘The Jews of Singapore’ and was valued at $575. Kushner himself is Jewish.

Kushner was also given two swords and a dagger valued at almost $48,000 which the White House never disclosed, according to the Times report. He paid the government for those after he left office in February. 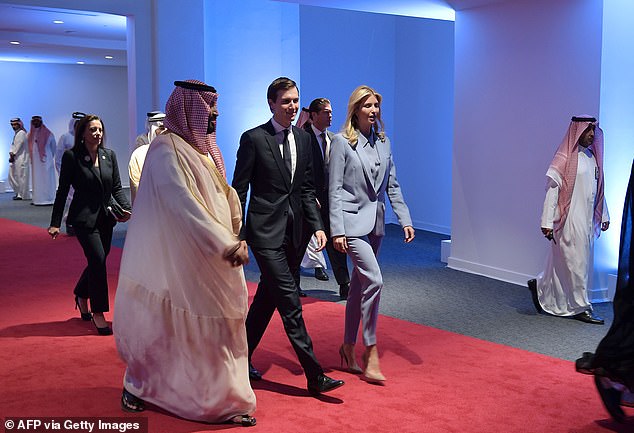 The Monday report found that Jared Kushner received two swords and a dagger that were never reported by the White House, though Kushner later paid almost $48,000 out of his own pocket to keep them

But those items are dwarfed by the value of some gifts given to President Barack Obama from Saudi officials. In 2014 Obama was given a gold-plated brass replica of the Makkah Clock Tower valued at $57,000. He also got a white gold wristwatch worth $67,000.

However, his administration was never accused of under-reporting their diplomatic gifts.

To date there’s no evidence Trump or former First Lady Melania Trump ever improperly took gifts, but the Trump administration has already been scrutinized by ethics officials for allegedly improper handling of diplomatic presents.

The State Department inspector general is looking into whether Trump political appointees kept thousands of dollars’ worth of gift bags meant for G7 leaders after a planned 2020 summit was called off due to the coronavirus pandemic.

A bottle of $6,000 Japanese whiskey given to Trump’s other former Secretary of State, Mike Pompeo, seemingly disappeared and is under an ongoing investigation.

Pompeo was gifted the bottle by the government of Japan on June 24, 2019, according to a State Department filing.

Records only state that its ‘disposition’ is ‘unknown.’

A footnote in the filing states the department has an ‘ongoing inquiry’ into the case.

The former Trump official has denied ever even seeing the bottle.

Politico reported in August that the State official was looking into 20 separate instances of missing gifts. 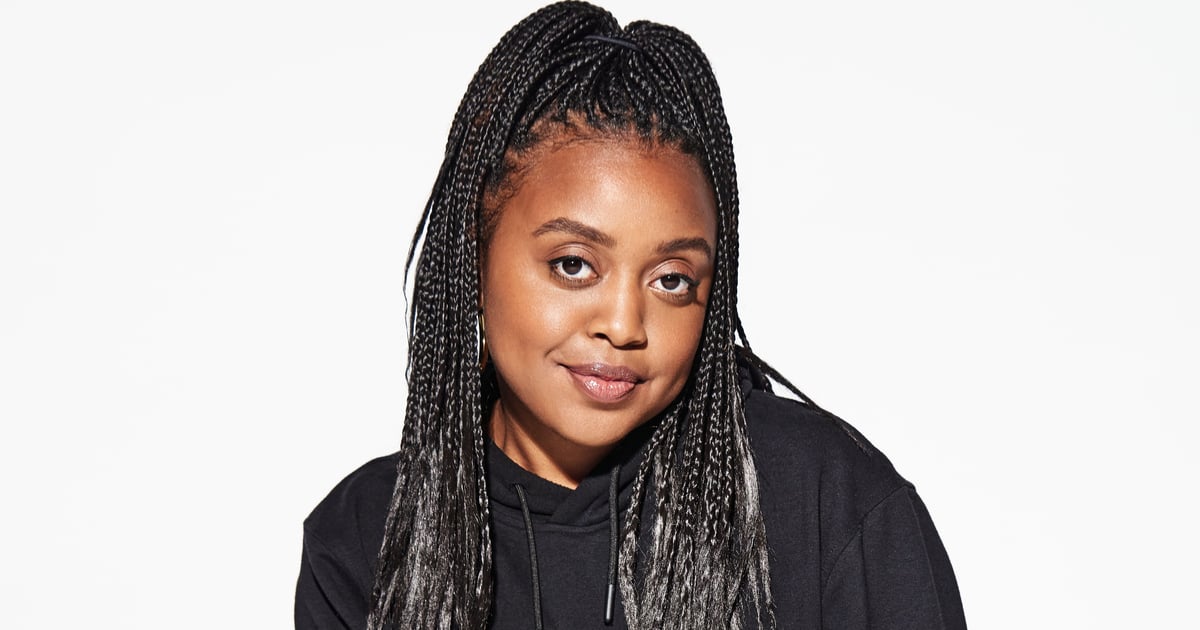 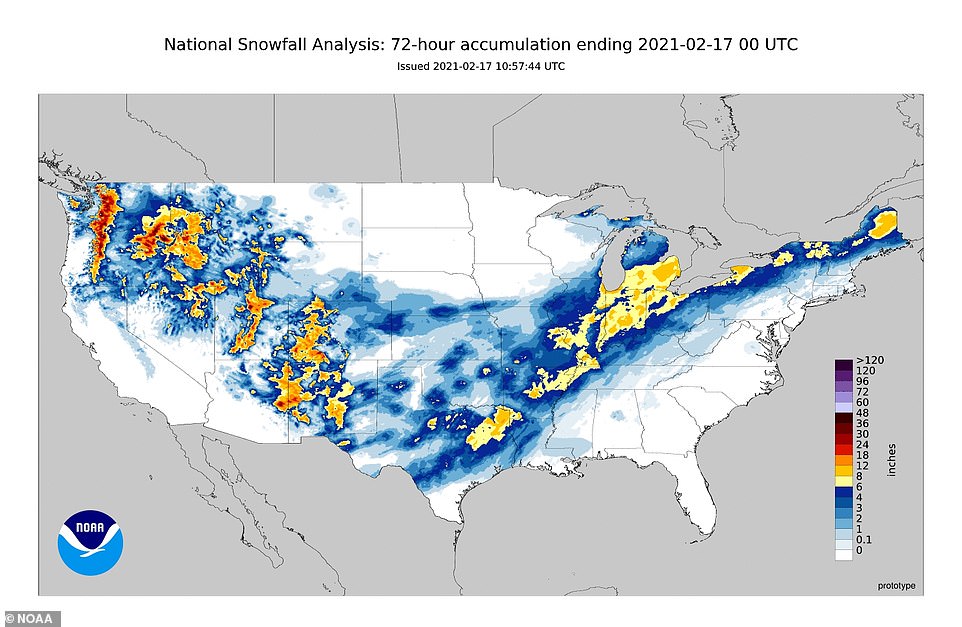 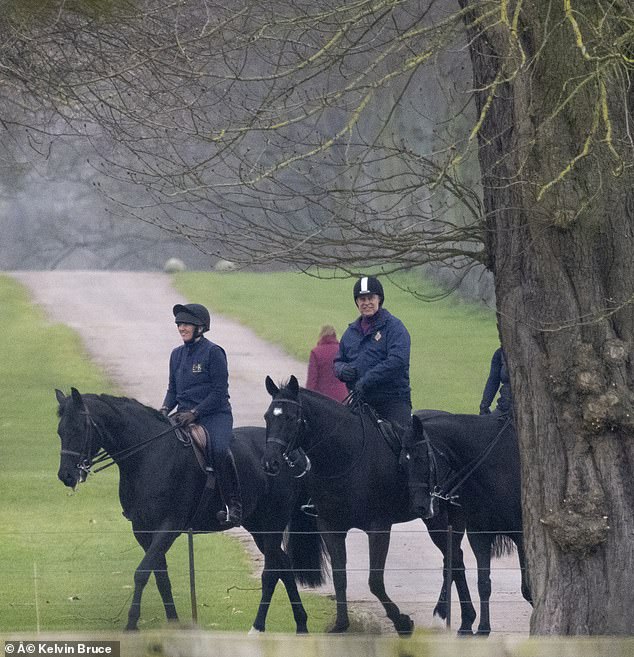