Actress and comedian Sarah Silverman is slamming Hollywood for ‘Jewface’ casting after Catholic Kathryn Hahn was cast to play the late Joan Rivers in a biographic about the proud Jewish actress and stand up.

Silverman, 50, says there is a long running practice of non-Jewish actors and actresses being cast to portray Jewish characters in films and television shows.

‘There’s this long tradition of non-Jews playing Jews, and not just playing people who happen to be Jewish but people whose Jewishness is their whole being,’ she said during Thursday’s episode of The Sarah Silverman Podcast.

‘One could argue, for instance, that a Gentile [a non-Jew] playing Joan Rivers correctly would be doing what is actually called ‘Jewface.”

She continued, arguing that Hahn, 48, portraying Rivers in Showtime’s limited series The Comeback Girl, is just the most recent example in a long list of ‘Jewface’ – a reference to the racist practice of blackface – casting decisions.

Actress and comedian Sarah Silverman is slamming Hollywood over a practice she calls ‘Jewface’ which she argues is ‘defined as when a non-Jew portrays a Jew with the Jewishness front and center, often with makeup or changing of features, big fake nose, all the New York-y or Yiddish-y inflection’ 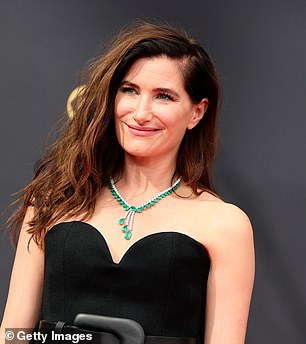 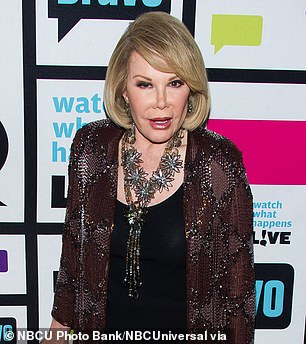 Silverman argued that ‘Jewface’ is ‘defined as when a non-Jew portrays a Jew with the Jewishness front and center, often with makeup or changing of features, big fake nose, all the New York-y or Yiddish-y inflection.’

She claims the practice is ‘f****d up,’ especially during a climate where identity politics and ‘representation f*****g matters’.

‘In a time when the importance of representation is seen as so essential and so front and center, why does ours constantly get breached even today in the thick of it?’ she questioned.

She also argued that whenever a film or television plot calls a female Jewish character who is ‘courageous or deserves love, she is never played by a Jew.’

The actress noted that while she doesn’t believe these actresses are ‘doing anything wrong,’ she wishes they would understand that the practice is not acceptable.

‘I wish they would realize that that is by design,’ Silverman said.

She added that Jewish people also need to advocate for representation in the entertainment industry.

‘It has to also finally matter for Jews as well,’ she added. ‘Especially Jewish women.’ 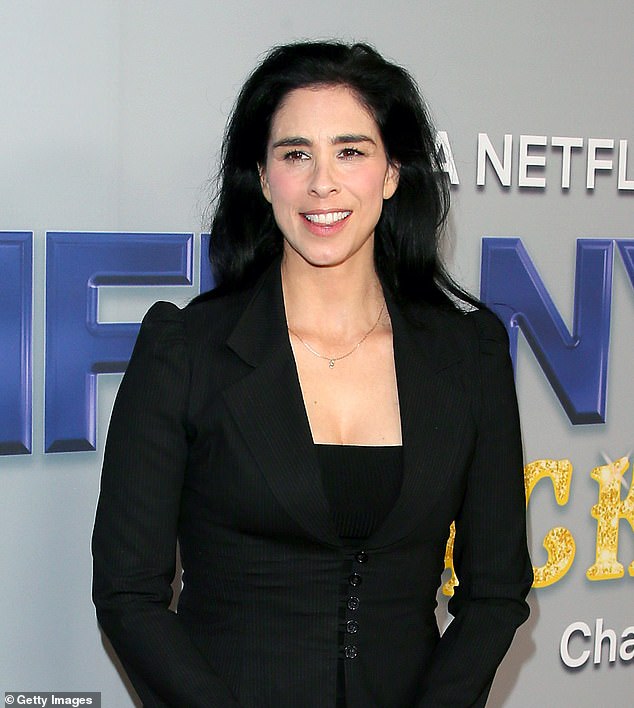 Silverman claims that whenever a film or television plot calls a female Jewish character who is ‘courageous or deserves love, she is never played by a Jew’

It is not uncommon for someone of another race or ethnicity to be cast in a role.

However, Silverman’s comments is not the first example of an entertainer questioning the ‘Jewface’ casting trend.

In 2018, when controversy arose over Jones portraying Ginsburg, Daniel Stiepleman, writer of On The Basis Of Sex, told Forward that the production team had thought the decision through.

‘The question isn’t Can Felicity Jones play a Jew, the question is can she play this Jew?,’ said Stiepleman, who is also Ginsburg’s nephew.

‘And as somebody who’s known Ruth Bader Ginsburg my entire life, her portrayal is uncanny… I will tell you exactly what Ruth said when she watched the film: “I’m so glad it’s Felicity, nobody else could do it.”’

‘Acting is a profession and our goal and job as casting directors is to hire the most qualified actor for the role,’ she said.

‘Kathryn Hahn is wonderful as Rabbi Raquel in Amazon’s “Transparent” and my close friend Grant Shaud is hilarious as Miles Silverberg on “Murphy Brown.” Neither are Jewish but both gave fantastic performances of characters who are Jewish.’

Rudin continued: ‘At the end of her career, Ingrid Bergman played Golda Meir and was incredible! She got the role because she was a great actress. If we are only casting Jewish actors for Jewish roles, it feeds into a racist or religious stereotype that Jews all look a certain way and then we are not open-minded in our casting searches.’ 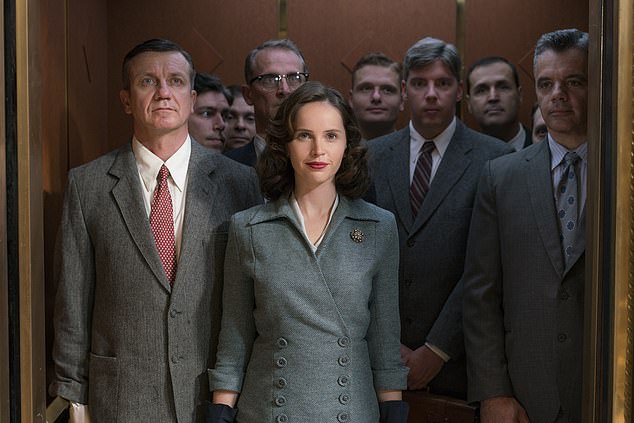 This is not the first time industry members have called to question the ‘Jewface’ casting trend. In 2018, when non-Jewish Felicity Jones portrayed Ruth Bader Ginsburg in On the Basis of Sex, the film’s writer defended the casting decision saying: ‘[Jones’] portrayal is uncanny’

Dan Friedman, Forward’s executive editor, echoed Stiepleman and Rudin’s claims saying: ‘Non-Jews should play Jews. Blacks should play whites. Muslims should play Anglicans. Women should play men. Young people should play old people. The essence of theatre and of fiction is to portray the untrue, to put oneself into other people’s shoes.

‘There is a practical, not philosophical, problem with casting, in that external structures skew the casting along the lines of wider social inequities. There are fewer parts for women and other less-powerful communities. So we need to address that, but not by settling into essentialist theater where only 55-year-old straight white-passing Jewish men can play the roles of 55-year-old straight white-passing Jewish men.’

However, writer Shira Feder argued the opposite, telling Forward that ‘Jewface’ casting strips away Jewish culture.

‘So should non-Jews play Jews? Well, should white people play black characters? Should Asian people play Latinx characters? Is being Jewish a race or an ethnicity or an ethno-religion, whatever the heck that is?’

She continued: ‘In true Jewish form, I’m answering a question with another question, because I don’t have the answers and nobody does. But my gut is telling me no, and when I’m smart, I listen to her.’

Sinema greeted by more protesters - this time at DC airport 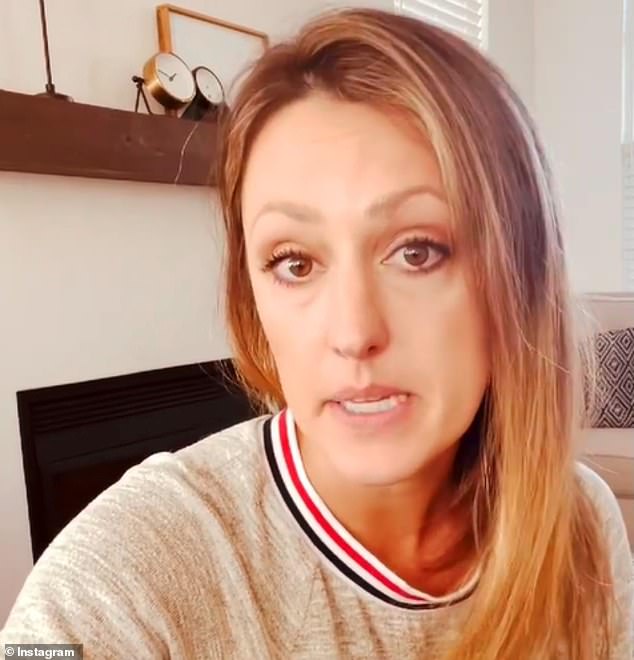 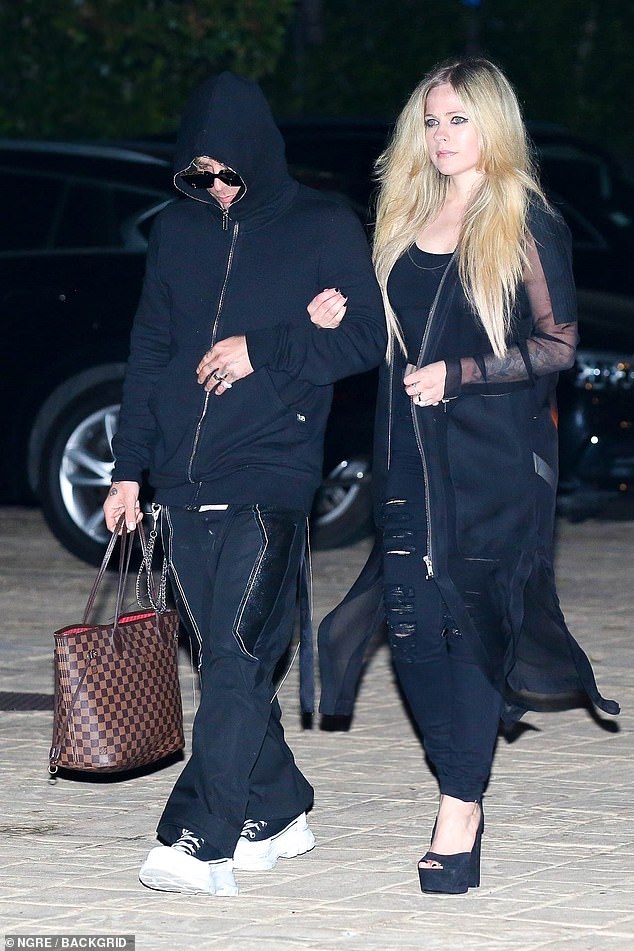