General David Thompson, the US Space Force’s first vice chief of space operations, warned that China’s space capability could even surpass the US’s within a decade

American satellites far outside the Earth’s orbit are facing a near-constant barrage of threats from Russian and Chinese technology, and it’s only getting worse, a top Space Force officer is warning.

An arms race in space between the US, Russia and China has been steadily heating up in recent years even as officials in Washington warn that such a build-up is dangerous.

‘The threats are really growing and expanding every single day. And it’s really an evolution of activity that’s been happening for a long time,’ General David Thompson told the Washington Post in a piece published on Tuesday.

Thompson is the US Space Force’s first vice chief of space operations, having previously served more than three decades in the Air Force.

He warned, ‘We’re really at a point now where there’s a whole host of ways that our space systems can be threatened.’

Some of the regular attacks facing the US include the use of lasers, radio frequency jamming and other cyberattacks, Thompson said.

He also revealed that a 2019 weapons test by a Russian satellite came so close to a US satellite that the military feared an imminent attack.

The general assured that when it comes to outer space technology, ‘We are still the best in the world, clearly in terms of capability.’

However he said China was ‘catching up quickly,’ adding: ‘We should be concerned by the end of this decade if we don’t adapt.’ 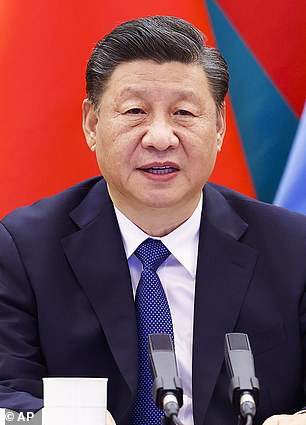 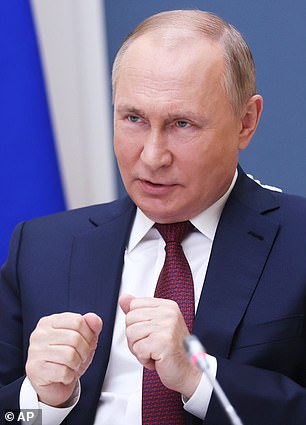 Thompson said China is sending up new satellites twice as fast as the US is managing to, and that the budding superpower is working on a system of global satellites aimed at surveilling any part of the world.

‘They’re fielding operational systems at an incredible rate,’ he said.

For years China has reportedly been working on a satellite that could physically attack another object in space with a robotic arm or grappling hook.

In theory it could disrupt or even disable US satellites which revealed information about China’s nuclear operations and the existence of Uyghur Muslim concentration camps.

‘The Chinese are actually well ahead’ of their Russian counterparts, Thompson claimed.

Russia’s anti-satellite, or ASAT, launched on November 15, and purposefully shattered the country’s 4,410-pound Cosmos 1408 satellite, launched in 1982, because it was no longer operational. 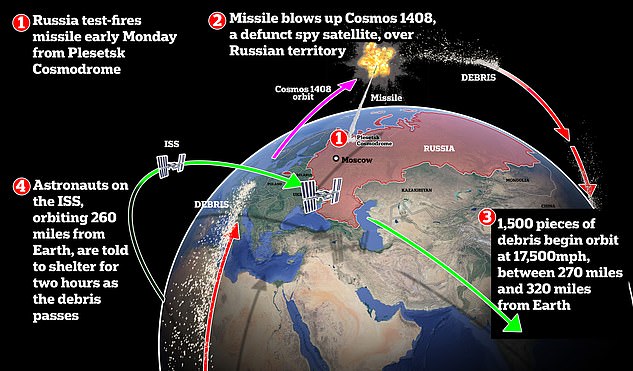 Russia blew up one of its own satellites on Monday, November 15, using a missile. Cosmos 1408, a defunct spy satellite launched in 1982, was the destroyed target, which resulted in a field of 1,500 pieces of debris endangering the crew of the ISS

According to experts, the space debris from last week’s collision over the Atlantic Ocean – which included ‘some 1,500 pieces of trackable size’ – will cause havoc for spacecraft for years, if not decades.

Because of the impact, astronauts on the International Space Station (ISS), orbiting 260 miles from Earth, were told to shelter for two hours to let the debris pass.

One space firm slammed Russia for endangering the crew of the ISS, calling it an ‘irresponsible act that harms all spacefaring nations’.

In 2019, a small Russian satellite was deployed so close to a ‘national security satellite’ belonging to the US that the government was unsure if it was an attack.

But the situation was diffused when the Russian satellite backed away, releasing a small target then shooting it in a weapons test.

‘Clearly, the Russians were sending us a message,’ Thompson claimed.

The Space Force general would not say whether Russia or China has done any permanent or significant damage to US equipment in space, explaining that such an attack would be classified.

But just today, NASA was forced to postpone a spacewalk outside the International Space Station (ISS) today after receiving a ‘debris notification’ for the orbital outpost.

Astronauts Thomas Marshburn and Kayla Barron were set to venture outside the giant orbiting laboratory at 7:10am ET for six and a half hours to replace a faulty radio communications antenna.

‘NASA received a debris notification for the space station,’ the space agency tweeted.

‘Due to the lack of opportunity to properly assess the risk it could pose to the astronauts, teams have decided to delay the Nov. 30 spacewalk until more information is available.’

It is not clear if the debris stems from the event two weeks ago, when Russia blew up one of its own decommissioned satellites. 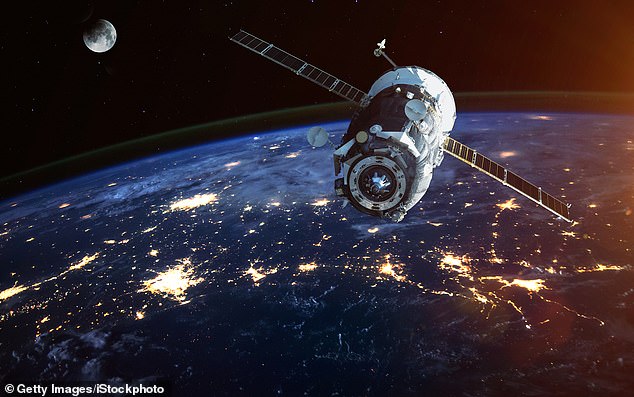 China is sending satellites into space at double the speed of the United States, Thompson said

WHAT IS SPACE JUNK? MORE THAN 170 MILLION PIECES OF DEAD SATELLITES, SPENT ROCKETS AND FLAKES OF PAINT POSE ‘THREAT’ TO SPACE INDUSTRY

There are an estimated 170 million pieces of so-called ‘space junk’ – left behind after missions that can be as big as spent rocket stages or as small as paint flakes – in orbit alongside some US$700 billion (£555bn) of space infrastructure.

But only 27,000 are tracked, and with the fragments able to travel at speeds above 16,777 mph (27,000kmh), even tiny pieces could seriously damage or destroy satellites.

However, traditional gripping methods don’t work in space, as suction cups do not function in a vacuum and temperatures are too cold for substances like tape and glue.

Grippers based around magnets are useless because most of the debris in orbit around Earth is not magnetic.

Around 500,000 pieces of human-made debris (artist’s impression) currently orbit our planet, made up of disused satellites, bits of spacecraft and spent rockets

Most proposed solutions, including debris harpoons, either require or cause forceful interaction with the debris, which could push those objects in unintended, unpredictable directions.

Scientists point to two events that have badly worsened the problem of space junk.

The first was in February 2009, when an Iridium telecoms satellite and Kosmos-2251, a Russian military satellite, accidentally collided.

The second was in January 2007, when China tested an anti-satellite weapon on an old Fengyun weather satellite.

One is low Earth orbit which is used by satnav satellites, the ISS, China’s manned missions and the Hubble telescope, among others.

The other is in geostationary orbit, and is used by communications, weather and surveillance satellites that must maintain a fixed position relative to Earth.

'I'm lucky to be alive and also have a limb': Tiger Woods gets emotional while discussing car crash 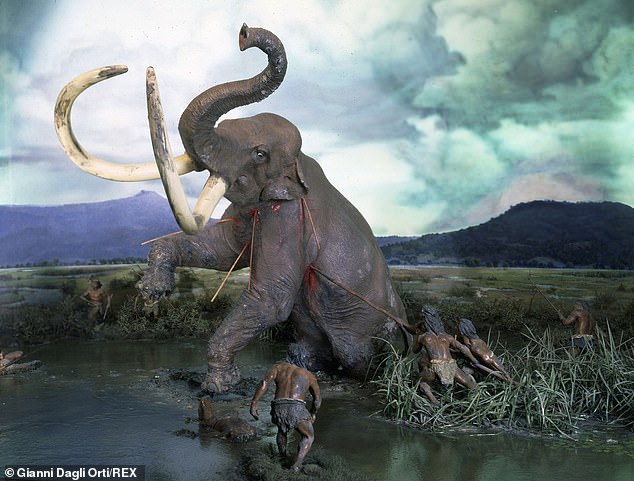 Extinction of larger animals led to the human brain doubling in size around 30,000 years ago 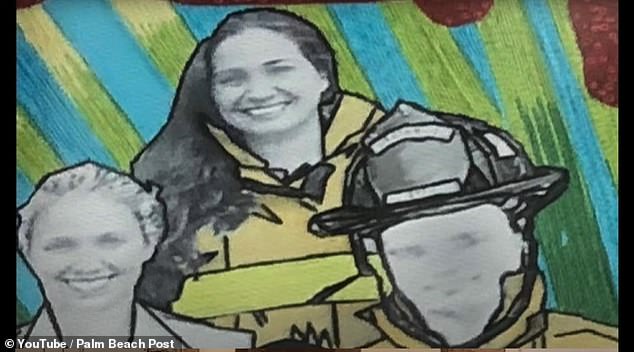 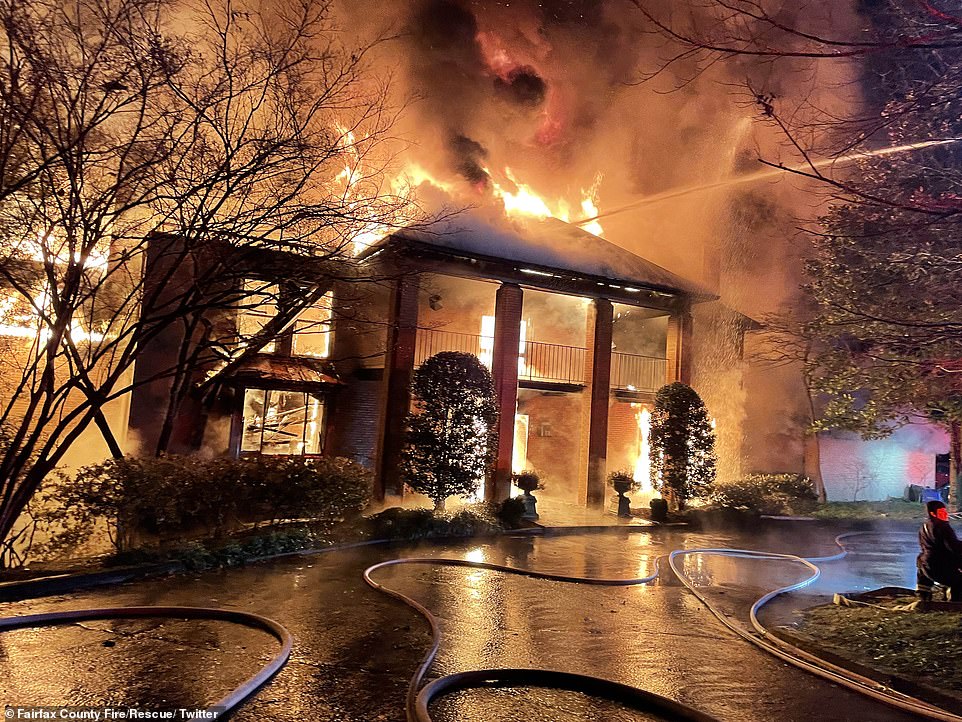