Media tycoon Rupert Murdoch’s granddaughter was bullied at school because her family dramas often made front page news and her peers pigeonholed her based on what they read in the papers.

Charlotte Freud revealed she turned to drugs and struggled with bulimia as she fought the stigma that was associated with her family name at her elite private school.

The 21-year-old is one of 13 grandchildren on the Murdoch side of her family through her mother, Elisabeth, and is the great-great-granddaughter of famed neurologist Sigmund Freud through her PR guru father, Matthew Freud.

But the successful lineage and Charlotte’s glamorous upbringing, which she describes as ‘one of the most privileged of all time’, became a thorn in her side by the time she turned 13.

Often her family would be in the press and, although she wasn’t mentioned by name, her peers would whisper about her and her family, spreading nasty rumours.

Scandals involving her family, including the revelation that her father, now 57, fathered a love child, turned her into a ‘huge ball of shame [but] when I found ketamine, it all just went away’ 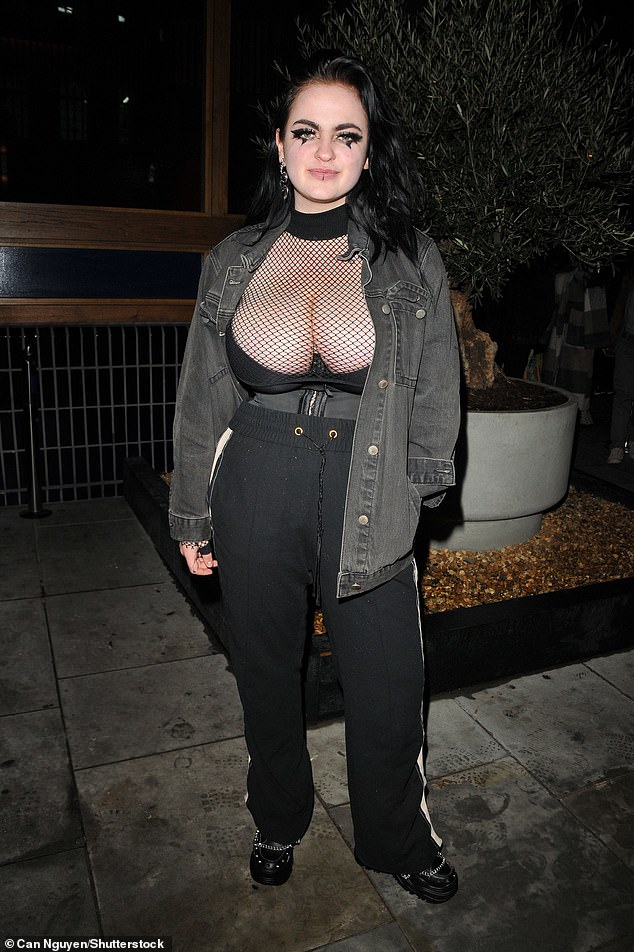 Charlotte Freud at the 40th Brit Awards, London, February 18, 2020. Charlotte revealed she struggled with bulimia as a teenager

Describing 13-year-old kids as ‘d**kheads’ on a podcast with her friend Alice Rose, Charlotte said she was shocked to learn so many of her peers were ‘so invested in corporate scandals or the papers’.

Charlotte said it was likely her peers were hearing whispers about her family and their business at home through their parents, and then coming to school and echoing similar sentiments.

Constantly feeling the need to defend herself and her family brought about ‘a lot of guilt and shame… feeling responsible for something even though of course I wasn’t’.

Even when she moved schools, headlines followed her family and Charlotte’s peers assumed she was ‘a little Republican b*tch baby’.

Charlotte Freud (pictured) is the first to admit she had ‘one of the most privileged upbringings of all time’, raised by her PR guru father, Matthew Freud and Elisabeth Murdoch, media mogul Rupert’s oldest daughter 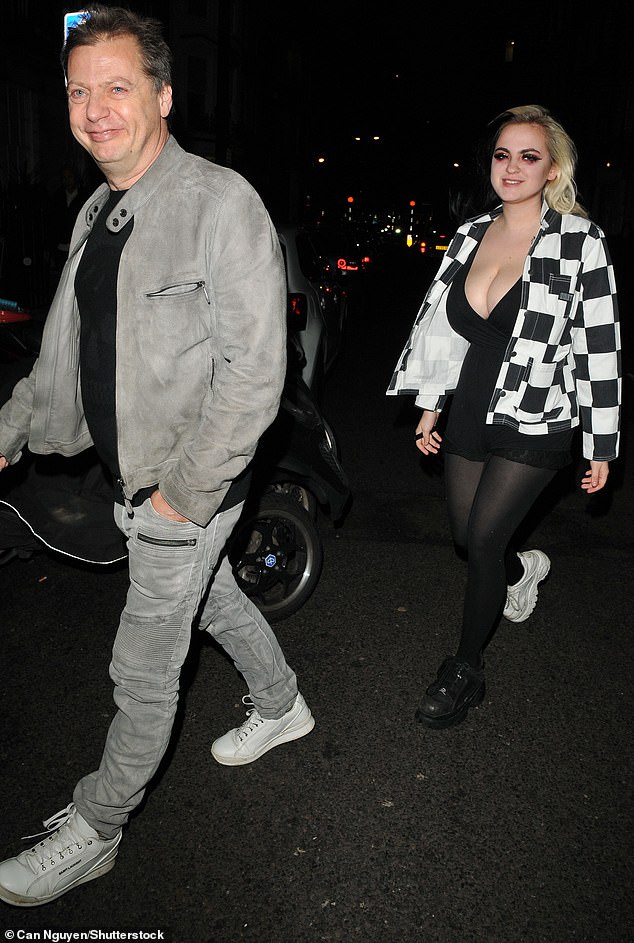 Matthew Freud and Charlotte Freud at Mark’s Club, London, January 7, 2020. Charlotte and her dad remain extremely close, despite her feeling ‘guilty’ about her addiction damaging the trust between the pair

She actively fought the notion by engaging in excessive drug use, revealing her nickname at the school became ‘K-angel’ because she enjoyed horse-tranquilising drug ketamine so much.

‘I was this crazy party girl but it was a persona,’ she said. ‘My mental health definitely wasn’t good.’

‘Cocaine made me feel sick. But after doing my first line of ketamine I thought, ”I’m addicted”.’

Scandals involving her family, including the revelation that her dad, now 57, fathered a love child, turned her into a ‘huge ball of shame [but] when I found ketamine, it all just went away’. 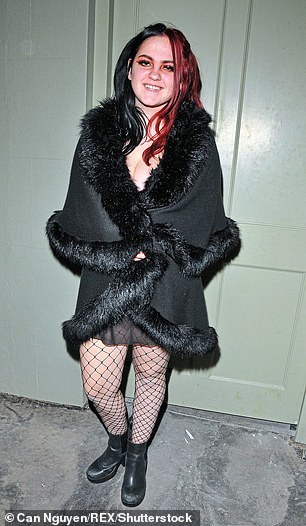 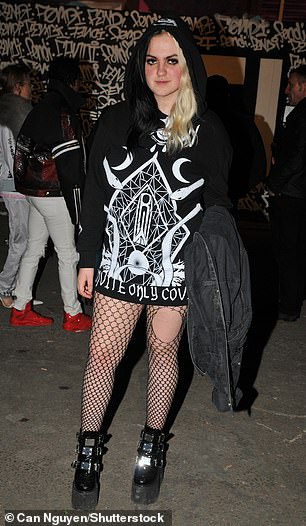 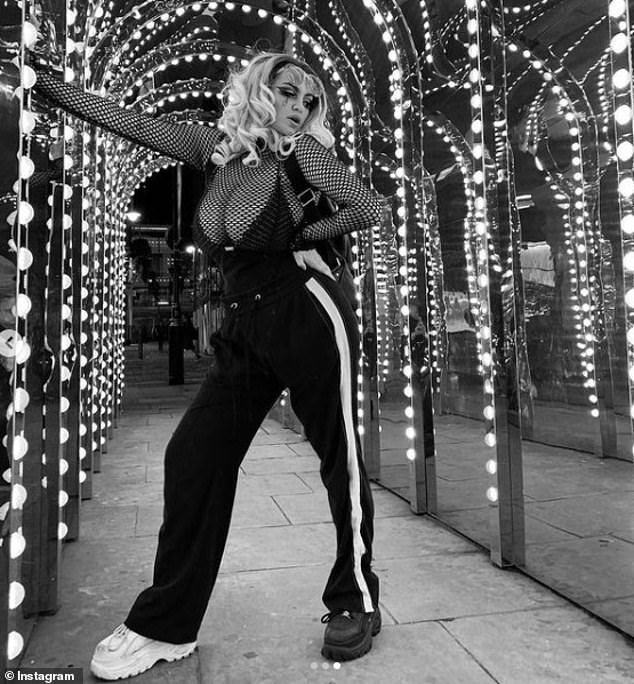 Back in 2019, she told her Instagram followers her mother was worried about her fashion choices leading up to a family wedding

After her parents’ divorce, she moved in with her ‘very fun’ father and admitted: ‘I was doing all that stuff at home. I hit rock bottom and had some medical emergencies but nothing stopped me.’

Charlotte revealed she always knew she had an addictive personality – a trait, she says, runs in her family.

‘Whether that’s substances or some of the lucky ones are addicted to exercise but we all have that one thing that we must do every day,’ she said. ‘Unfortunately for me, rather than exercise or a work addiction it was ketamine.’

At the height of her addiction, Charlotte’s partying fell away and she retreated into herself, preferring to take the drug alone in her bedroom than in a social setting.

Over time, she began lying to her family and pushing away anybody who tried to encourage her to get help, resulting in fractured relationships that she is still now, seven months sober, working to mend. 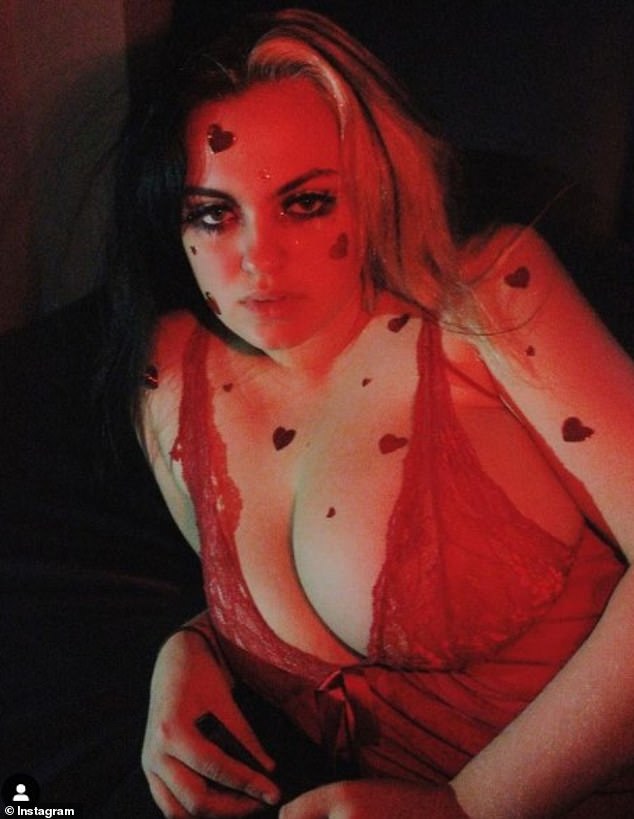 Speaking on an obscure podcast, Charlotte has revealed that she ‘became the biggest, baddest rebel’ during that period and became heavily involved in drug use 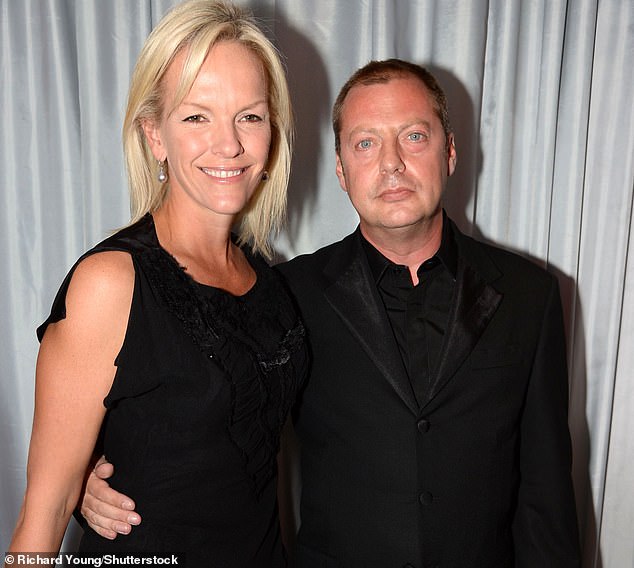 Since becoming sober, Charlotte says rebuilding a sense of trust with her parents has been the most rewarding part of her journey.

‘Obviously my parents would never give me money because they knew where it would go… now they’ll give me a tenner to get home and it’s like ”wow, you trust me, you know I’m going to spend this money where I said I would”,’ Charlotte said.

She still carries guilt over many of the conversations she had with her parents throughout her addiction, acknowledging she can’t fathom how worried they would have been.

Separately, her own best friend moved out of the home they shared together at the height of Charlotte’s drug taking, not wanting to be a part of her ‘killing herself with all the drugs’. 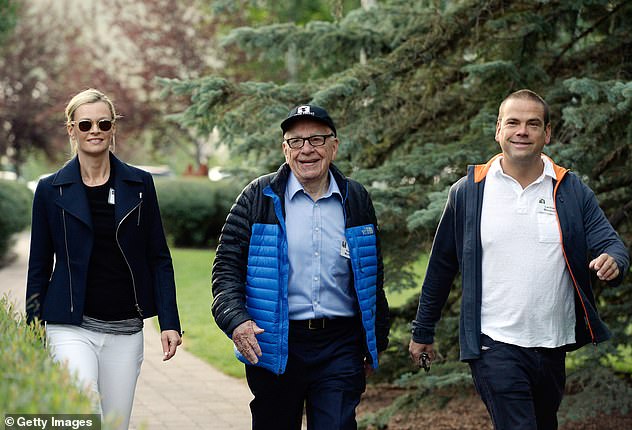 Who is Charlotte Freud?

She comes from a long line of successful and highly educated descendants, and is the great-great-granddaughter of Sigmund Freud – a neurologist famous for founding psychoanalysis.

She is one of Rupert Murdoch’s 13 grandchildren and is an aspiring singer and songwriter gearing up to release several new singles.

During her addiction, Charlotte also struggled with an eating disorder, revealing she wound often vomit when she found herself upset over something.

At 17, she checked into a treatment facility to help manage the disorder, and realised she used it as a coping mechanism to ‘turn her brain off, even for a second’.

While at the treatment facility, she initially struggled because so many of the other youths there were dealing with anorexia, and she worried the treatment wouldn’t cater to her differing needs.

‘I learned it almost has nothing to do with food. In group therapy [food] never came up. It was all the same stuff, just a coping mechanism.’

‘I can’t describe the feeling of being trusted and having people that love you,’ she said.

Charlotte has long been a somewhat unexpected figure in her rich and privileged family.

Back in 2019, she told her Instagram followers her mother was worried about her fashion choices leading up to a family wedding.

She said her mother even hired her a personal shopper to ensure the frock she chose wouldn’t show too much cleavage.

‘My grandma’s getting married, so mum’s sending me to a personal shopper to make sure I cover my t**s up for the ceremony,’ the then 18-year-old told her 6,548 followers.

She later shared some of the looks, with comments such as: ‘If I must look ridiculous in exchange for free champagne, so be it’ and ‘the s*** I do for this family, gawd.’

Charlotte is planning to release a series of songs she wrote at the height of her addiction in the coming year. 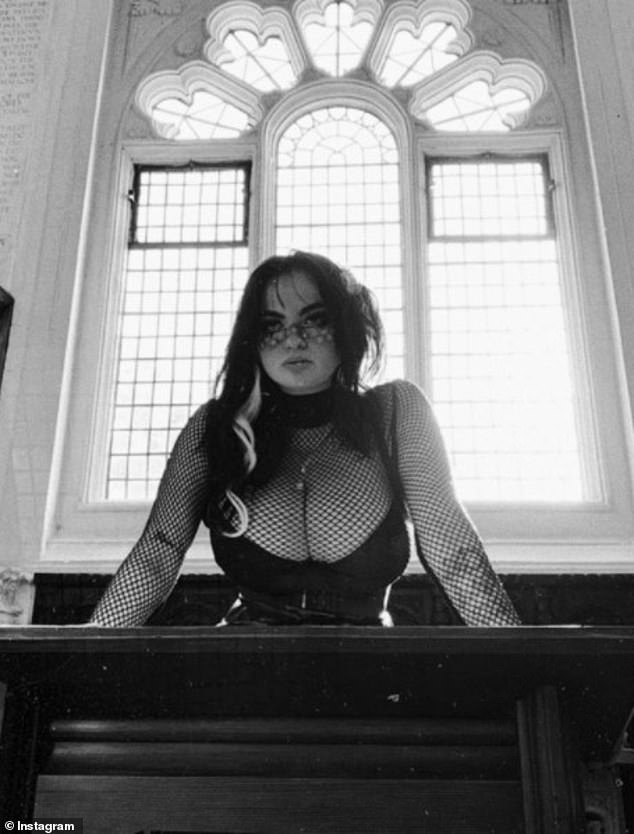 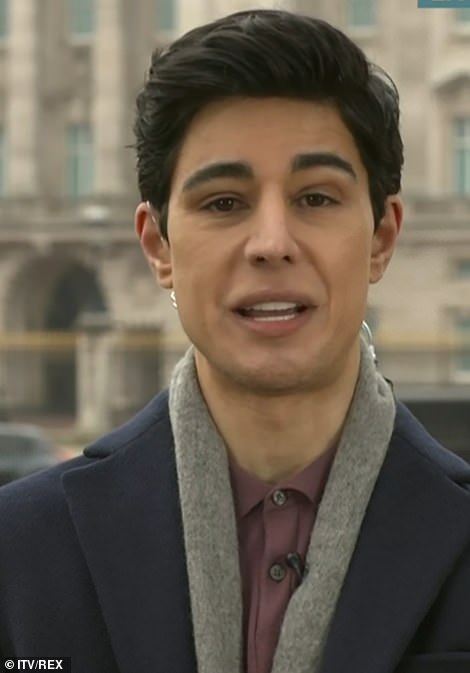 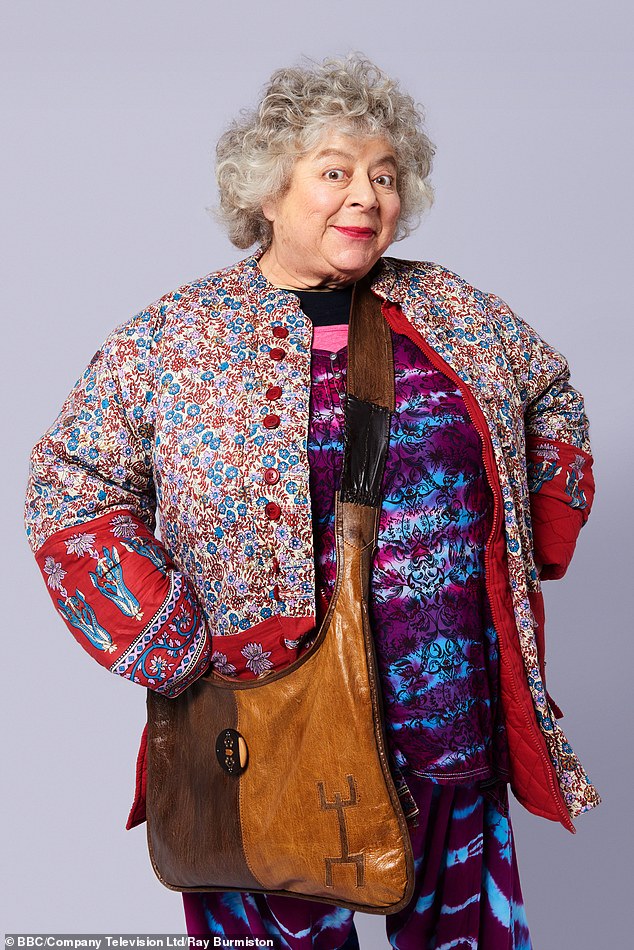 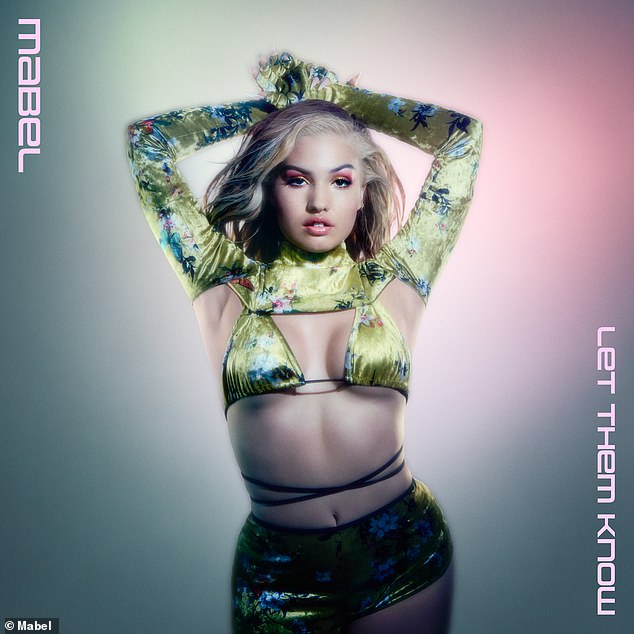 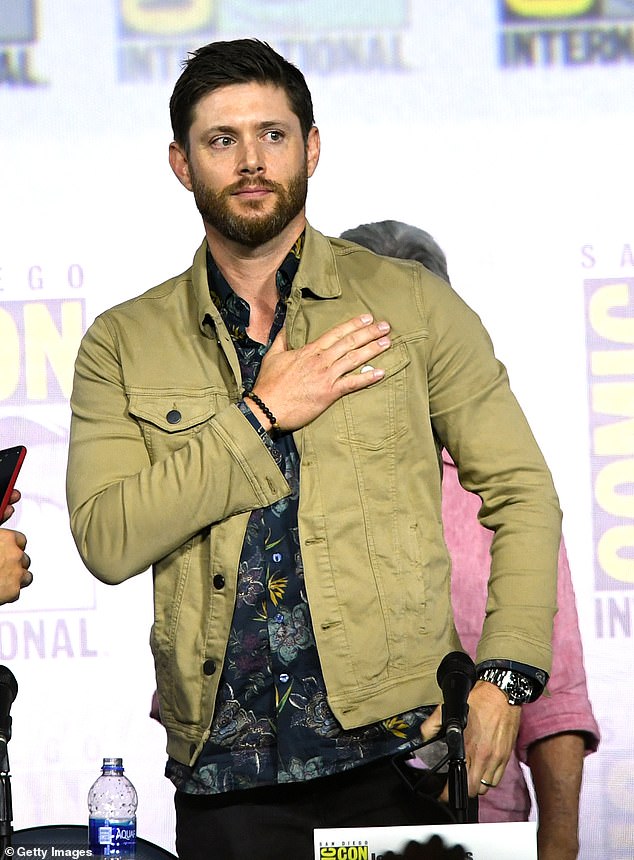 ‘Mother of all caravans’ swells to 4,000 as migrants press on through Mexico towards US border
58 mins ago