Rita Moreno, who came to fame largely from her role as Maria in the 1961 film version of West Side Story, has come out in defense of Lin-Manuel Miranda amid criticism over the lack of ‘Afro-Latino’ representation in his new movie musical In The Heights.

Miranda already has apologized for what he said was the lack of darker-skinned actors in lead roles, but Moreno, a trailblazer when it comes to Hispanic actors in major roles, says Miranda isn’t being given enough credit for telling the stories of Latino cutlure.

The Puerto Rico-born Moreno is an ‘EGOT’ winner – one of the 16 people in the world to have won an Emmy, Grammy, Oscar and Tony.

Moreno, 89, told Stephen Colbert on Tuesday: ‘It’s like you can never do right… They’re really attacking the wrong person!’

The acting legend added that Miranda ‘is the man who literally has brought Latino-ness and Puerto Rican-ness to America’.

Moreno’s words have weight given she is the first Hispanic woman to ever win an Oscar. She received the coveted gong for her role as Anita in 1961’s West Side Story – another movie musical famed for the diversity of its cast.

Moreno’s remarks come one day after Miranda issued an apology for the apparent lack of diversity in his new movie, saying: ‘It is clear that many in our dark-skinned Afro-Latino community don’t feel sufficiently represented… I’m truly sorry. I promise to do better in my future projects.’

In The Heights is set in New York City’s diverse Washington Heights neighborhood, and there has been much buzz about the new movie, which has been touted as bringing Latino culture to the fore.

However, earlier this week, some critics charged that lead roles were only given to light-skinned Latinos, while those with darker complexions were resigned to background roles. 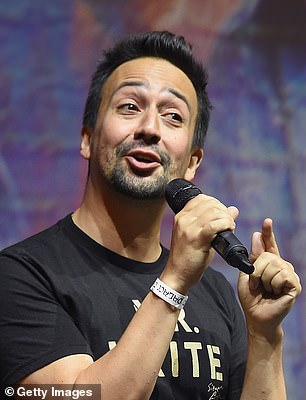 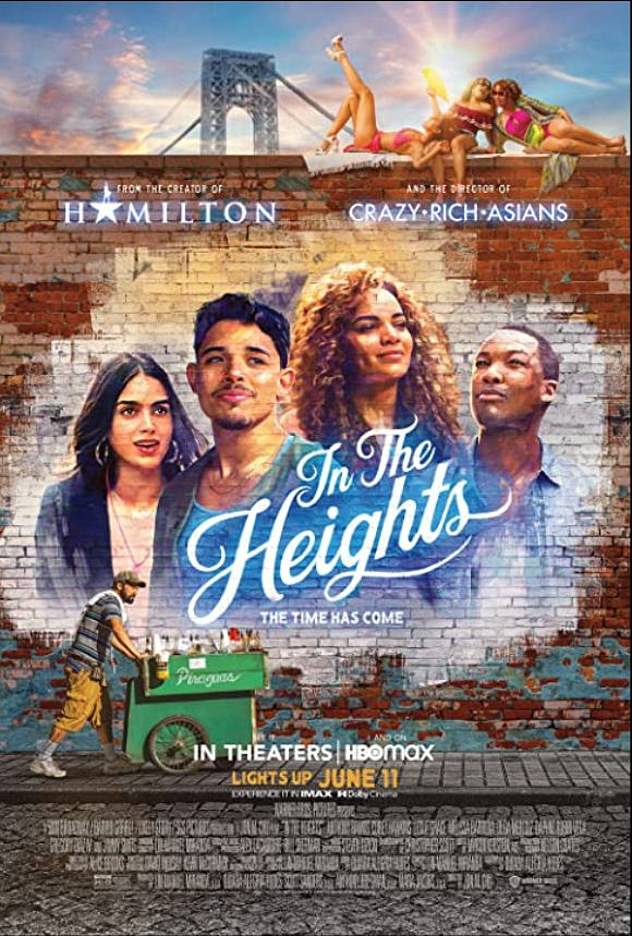 In The Heights tells the stories of several characters living in the Washington Heights neighborhood of Upper Manhattan in New York City. Miranda is a producer on the movie that he adapted from his successful stage musical

The controversy has prompted a number of famous names to defend Miranda – who is best known for creating the Broadway musical, Hamilton.

In addition to Moreno, The View co-host Ana Navarro leapt to his defense during a segment about the controversy on Tuesday.

‘Cut him some slack! Lin-Manuel is a guy who has shown up for the Latino community time and time again. Come on folks!’ she yelled, as Whoopi Goldberg agreed.

Rita Moreno is the 89-year-old Emmy, Grammy, Oscar and Tony award winner who broke ground as Maria in 1961’s West Side Story

Puerto Rico-born Rita Moreno, now 89, is widely known for her breakout portrayal of Maria in the 1961 film adaptation of Broadway’s West Side Story.

She’s one of only 16 people in the world to have ‘EGOT’ status – or having won the Emmy, Grammy, Oscar and Tony awards.

After spending part of her early life in Puerto Rico, her mother left the territory with Rita and moved to New York City, according to IMDB.

She began performing at a young age – and at 11 had her first movie experience when she dubbed Spanish language versions of English-language films. 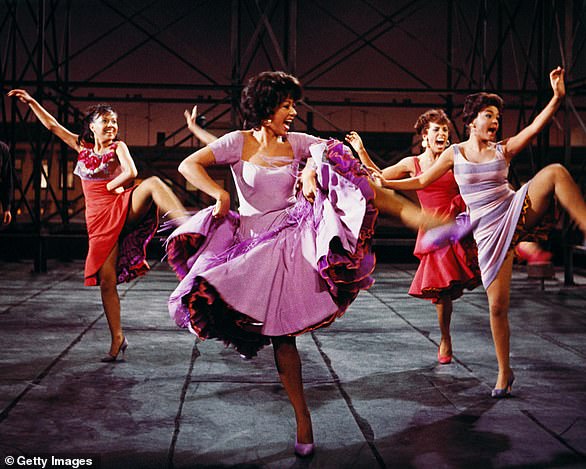 Rita Moreno, center, played Maria in the 1961 film adaptation of Broadway musical West Side Story. The Puerto Rican actress, a Hispanic trailblazer, is one of only 16 people in the world to have an Emmy, Grammy, Oscar and Tony award

She first performed on Broadway in 1945 – right before she turned 14 – in a play called Skydrift; in 1950, movie studio MGM signed her.

She won the Oscar for Best Supporting Actress for that role in West Side Story.

The legend won a Grammy for her contribution to the Soundtrack to public television’s The Electric Company in 1972, and in 1975 won a Tony for Best Featured Actress in a musical called The Ritz.

President George W. Bush awarded her the Presidential Medal of Freedom in 2004.

She’s set to play a role – albeit an older role – in the upcoming modern movie remake of West Side Story.

As for Washington Heights itself, as of 2019, about 68 percent of its population identified as Hispanic, according to the Furman Center at NYU, an urban policy think tank. That’s down from around 74 percent in 2000 as the neighborhood has undergone demographic change.

According to the Pew Research Center, among people who identify as Hispanic in the United States, only 24 percent identify as Afro-Latino, as of 2016 data.

Last week, Felice Léon – a critic from website The Root – expressed concern about ‘the lack of Black Latinx people represented’ in the film during an interview with In The Heights director, Jon M. Chu.

She observed that the main cast ‘were light-skinned or white-passing Latinx people.’

Chu responded explaining: ‘In the end, when we were looking at the cast, we were trying to get the people who were best for those roles.

‘But I hear you on trying to fill those cast members with darker-skinned [actors]. I think that’s a really good conversation to have, something that we should all be talking about.’ 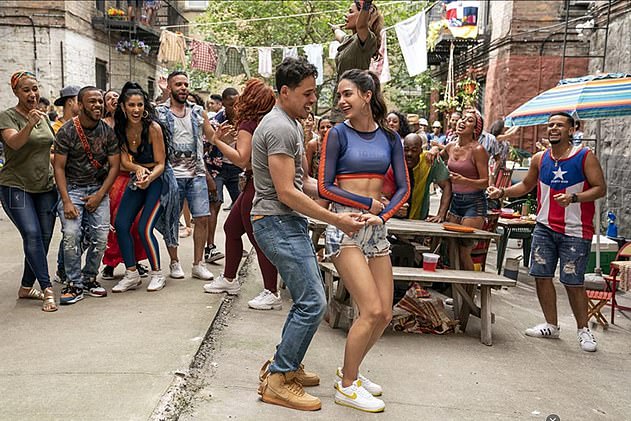 ‘It is clear that many in our dark-skinned Afro-Latino community don’t feel sufficiently represented within it, particularly among the leading roles,’ he tweeted. ‘I promise to do better in my future projects’ 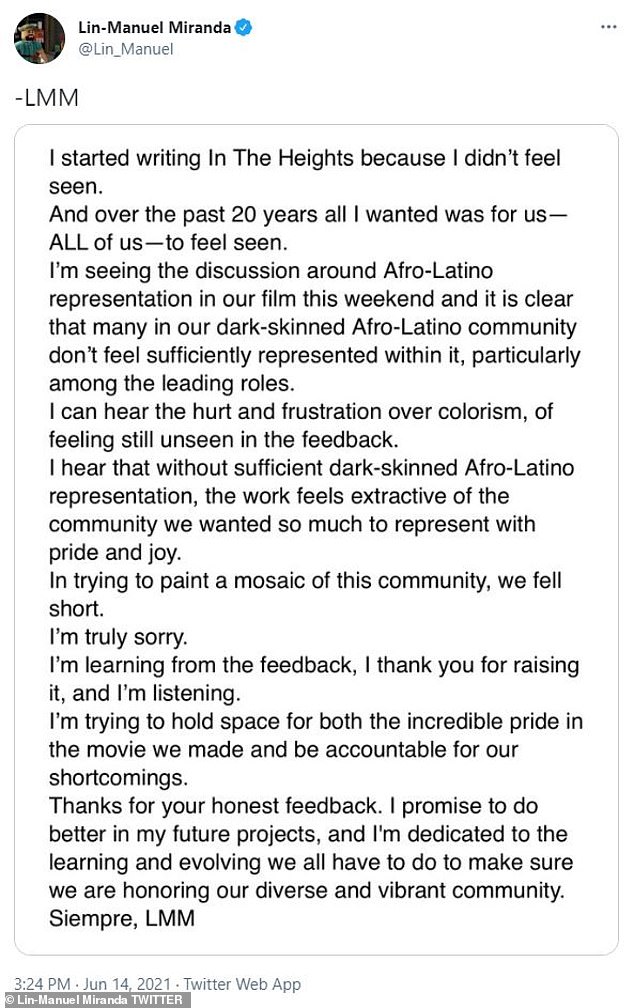 ‘I’m truly sorry’, the actor, musician and playwright said in a statement. ‘I can hear the hurt and frustration over colorism, of feeling still unseen’

Miranda – who wrote and produced the movie – subsequently posted his apology on Twitter.

‘I started writing In The Heights because I didn’t feel seen. And over the past 20 years all I wanted was for us-ALL of us-to feel seen,’ he wrote.

‘I’m seeing the discussion around Afro-Latino representation in our film this weekend and it is clear that many in our dark-skinned Afro-Latino community don’t feel sufficiently represented within it, particularly among the leading roles.’

Miranda, 41, went on: ‘I can hear the hurt and frustration over colorism, of feeling still unseen in the feedback. I hear that without sufficient dark-skinned Afro-Latino representation, the work feels extractive of the community we wanted so much to represent with pride and joy.’

The actor, playwright and musician acknowledged that the movie ‘fell short’ and promised ‘to do better’.

‘I’m learning from the feedback, I thank you for raising it, and I’m listening,’ he added. ‘I’m trying to hold space for both the incredible pride in the movie we made and be accountable for our shortcomings.

‘I promise to do better in my future projects, and I’m dedicated to the learning and evolving we all have to do to make sure we are honoring our diverse and vibrant community. 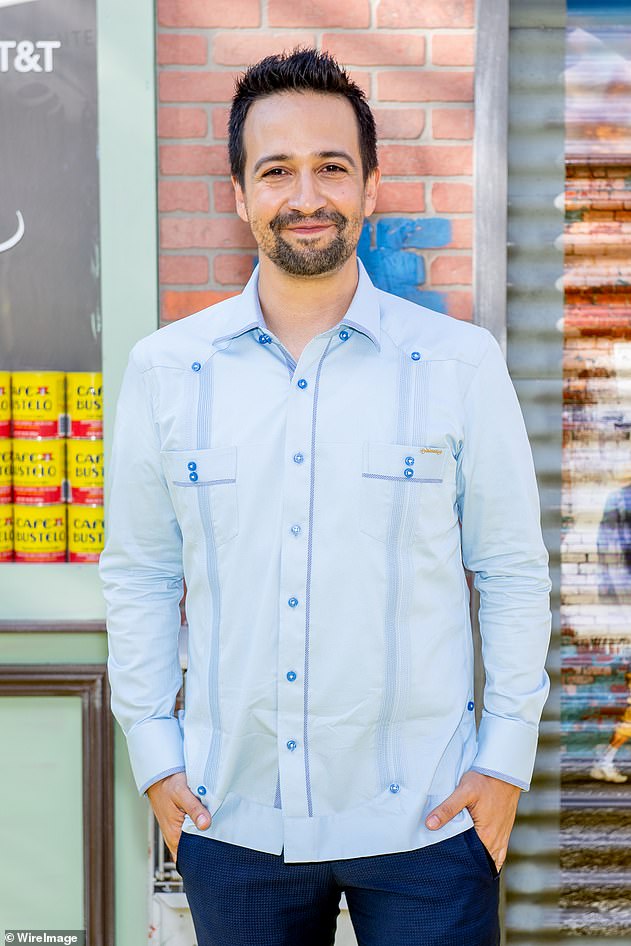 Miranda has issued an apology via Twitter after a colorism controversy surrounding his just released movie In The Heights. Pictured at the Tribeca Festival on  June 9

In The Heights tells the stories of several characters living in the Washington Heights neighborhood of Upper Manhattan in New York City.

Miranda, who was born in the neighborhood, wrote the original play while at university.

In 2004, he partnered with playwright and lyricist Quiara Alegría Hudes to turn it into a stage musical which premiered on Broadway in 2008.

The film version starring Anthony Ramos, Melissa Barrera and Leslie Grace and directed by Jon M. Chu was released in the United States on June 10 in theaters and simultaneously streaming on HBO Max.

Here's Everything You Need to Know About Chrissy Teigen's Bullying Controversy 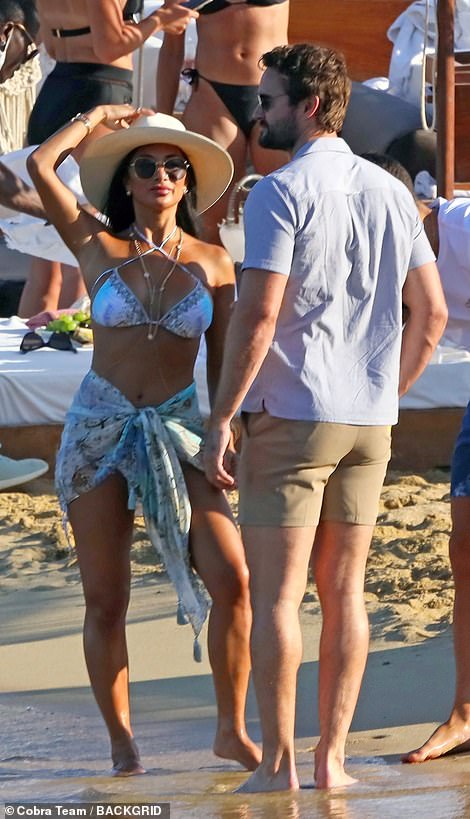 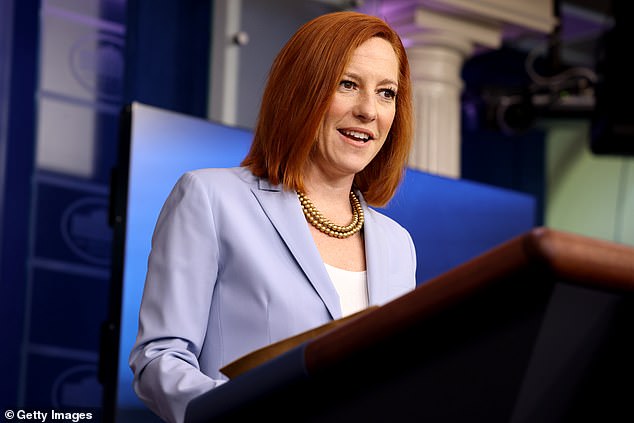 Biden will REDUCE his infrastructure package from $2.2TRILLION to $1.7T