Is there nothing Harry and Meghan do that doesn’t involve a row? How desperately sad that even something so uplifting as the birth of their new baby is accompanied by thundering controversy.

The brusque public statements and angry threats of legal action that followed claims by the BBC that the Duke and Duchess of Sussex did not ask the Queen about naming their daughter Lilibet – her childhood nickname – now seems depressingly familiar.

But even allowing for the couple’s inflated sense of grievance that their every action is wilfully misconstrued, there was something intensely unedifying about this latest incendiary development – not least the fact of the timing.

For it has come on the eve of what would have been Prince Philip‘s 100th birthday, a moment of deep personal reflection for the Queen who, just nine weeks after his death, is still grieving the husband who was her ‘strength and stay’.

Instead she finds herself in the crossfire of a bitter war of words between the BBC, Buckingham Palace and the America-based Sussexes.

From the moment Harry and Meghan unexpectedly alighted on Lilibet for the baby born in faraway California last Friday, their choice of name has been the focus of intense speculation – and unanswered questions.

Just when did the duke consult his grandmother or seek her permission? How much notice was she given? And was the request made in person – perhaps when Harry returned to Britain for his grandfather’s funeral – or during a long-distance telephone call?

Queen Elizabeth II, Meghan, Duchess of Sussex and Prince Harry, Duke of Sussex watch a flypast to mark the centenary of the Royal Air Force from the balcony of Buckingham Palace on July 10, 2018

Yesterday the BBC – quoting an unnamed Palace source and attempting to get to the bottom of competing claims about what, if any, advance knowledge the Queen had – reported bluntly that the monarch was ‘not asked’ by the couple about the choice of name.

The story was headline news on Radio 4’s agenda-setting Today programme. Allowing for the time difference between London and the west coast of the US, the response from Harry and Meghan was swift.

Within 90 minutes of the report being aired, the couple’s journalist friend Omid Scobie was briefing that the Queen was the first person Harry called after the birth of his daughter.

Scobie, co-author of Finding Freedom, a biography of the couple, also claimed that the Sussexes would not have used the name Lilibet unless the Queen had supported the move.

Not long afterwards came the intervention from Schillings, Harry’s attack-dog solicitors, threatening the BBC with legal action and accusing its report of being ‘false and defamatory’.

This, surely, was an unprecedented move in which one member of the Queen’s family raises the possibility of legal proceedings to contradict guidance given on behalf of the monarchy to Britain’s national broadcaster.

Meanwhile, notice of the legal threat was followed by a carefully worded statement, issued on behalf of the couple, which appeared to raise more questions than answers and fuel conjecture about how and when the Queen knew of their plans or indeed whether they informed her as a fait accompli.

The row will do nothing to improve transatlantic relations between the duke and duchess and the rest of the Royal Family. And the naming of baby Lilibet, whose arrival was initially heralded as an olive branch after months of upheaval, was being seen as yet another stumbling block.

It is certainly ironic that something that observers thought would draw the couple closer towards the royals might actually end up pushing them further away.

There is no doubt that the issue has caused disquiet at the Palace. And the row also comes at a sensitive time for the BBC in the wake of the devastating inquiry into how Martin Bashir secured his Panorama interview with Princess Diana.

As a BBC insider told me yesterday: ‘Any story involving the royals is being handled with extreme sensitivity and triple checked.’

It may be significant, therefore, that the BBC’s report of its story about the naming remained on its website and the reporter’s tweet citing a Buckingham Palace source also remained ‘live’, despite the angry denunciations.

The Palace itself was refusing to be drawn on the matter and would not offer a comment on whether the BBC version of events was true.

In the statement issued by Camp Sussex, an aide said that the duke ‘spoke with his family in advance of the announcement’ and that ‘in fact his grandmother was the first family member he called’.

The aide added: ‘During that conversation, he shared their hope of naming their daughter Lilibet in her honour. Had she not been supportive, they would not have used the name.’ 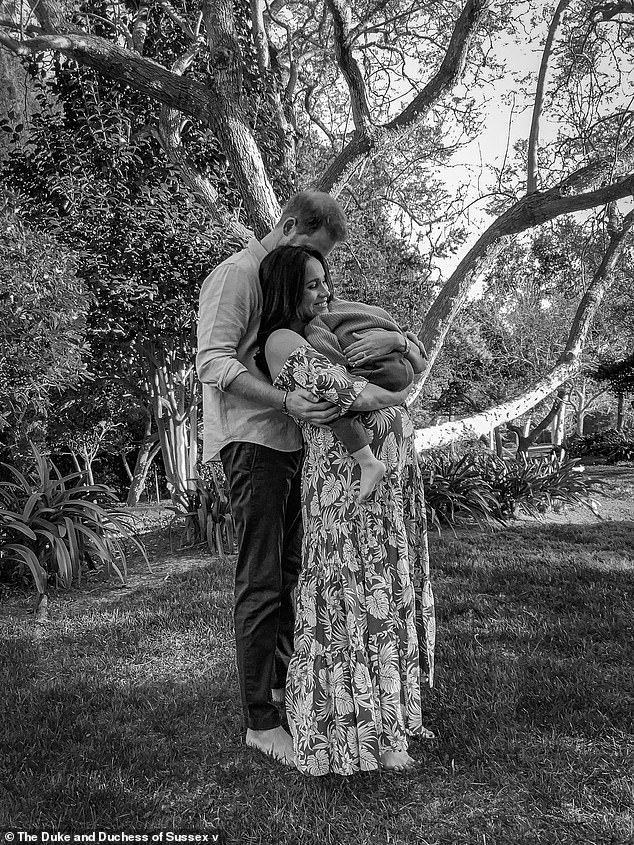 Is there nothing Harry and Meghan do that doesn’t involve a row?

However, there was no explanation when this call was made and how far in advance of the announcement, which came on Sunday evening London time. The statement has done little to dispel the views of some within the Palace that if the first the Queen knew of Harry’s intentions to name his daughter Lilibet was after her birth, it left her with little room for manoeuvre.

The language is also puzzling. It says that it is Harry’s ‘hope’ to name his daughter Lilibet. This is not the same as seeking his grandmother’s permission – and make no mistake, the Queen is very particular about the names given to her great-grandchildren. The closer they are to the throne, the closer she takes an interest.

When Prince George was born in 2013, Prince William had to secure the express permission of his grandmother. And this was not done in some last-minute telephone call but was, rather, the subject of a face-to-face conversation. She was happy to approve, of course, because George was the name of her beloved father.

Harry’s children are that much further down the line of succession – Archie and Lilibet are seventh and eighth respectively – and, barring a catastrophe, are unlikely to come close to the Crown.

Another aspect baffling courtiers was why, having chosen the name Lilibet in honour of the Queen, the couple intend to call their daughter Lili – something Harry’s grandmother was never known by.

‘It might even suggest that they don’t actually much like the name Lilibet anyway,’ says one long-standing Palace figure.

Lilibet has a special resonance for the Queen: it was invented by her grandfather King George V, adopted by her mother and father, and used affectionately by her sister Margaret and later by her husband.

And while it is also used by cousins such as Princess Alexandra and the Duke of Kent, only two younger members of the family are permitted to call her Lilibet.

They are her niece Lady Sarah Chatto and nephew David, the Earl of Snowdon. And both preface it with the word ‘Aunt’.

Meanwhile, there is the issue of how the Queen received the news from Harry in California. If it was over the phone, might this have been problematic?

Most people of 95 no longer have perfect-pitch hearing and on a long-distance line there is ample room for a misunderstanding or two. After all, ‘Elizabeth’ and ‘Lilibet’ – unless carefully annunciated – do not sound so dissimilar, especially when said at speed.

Only two people, or more likely three, know the complete truth of the situation: the Queen, her grandson and his wife.

Does all this matter? I fear it does, if only because it adds to the endless pycho-drama that seems to have enveloped Harry and Meghan and has added to the chasm that separates them from the rest of his family.

As one observer put it: ‘Briefings and counter-briefings about the name of a royal baby is not a good look for the House of Windsor.’

Friends of Harry say the Palace intervention with the BBC goes to the heart of his long-standing claims that the officials – those who work for the monarchy – cannot be trusted.

In their interview with Oprah Winfrey in March, the couple complained about the attitude of the royal ‘firm’ which had abandoned them, particularly over Meghan’s mental health problems.

Once again his total discomfort with an institution that exists to serve the monarchy is revealed.

The debate over the naming is likely to continue, just as the mystery continues over the birth of the couple’s son in 2019. Then it was the refusal to identify the hospital or the time of the birth and later came the decision not to name the godparents.

Perhaps it is churlish to dwell on the negative aspects of what is a happy event – but it is Harry’s reaction that has triggered the storm.

It's the mystery that has bewitched China - why has an elephant herd trekked 300 miles? 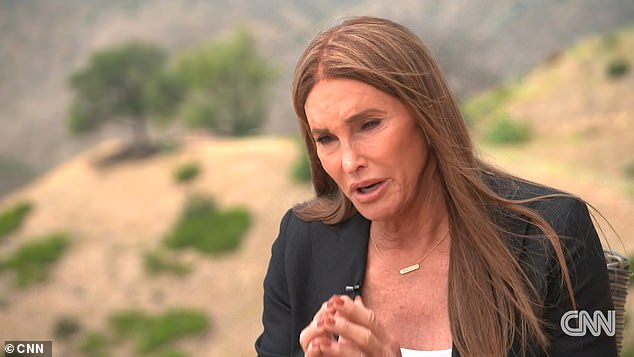 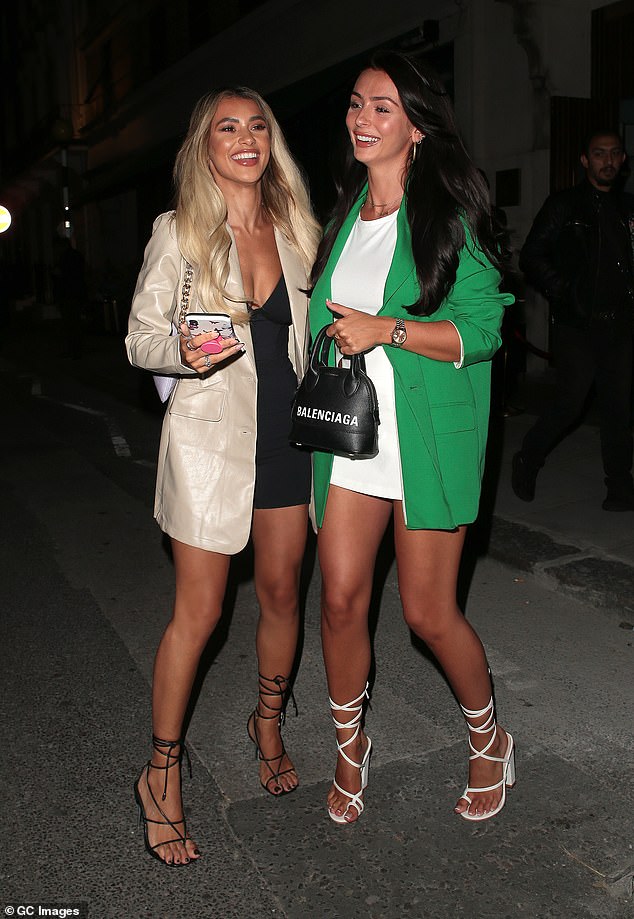 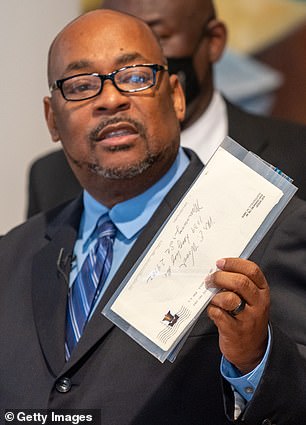 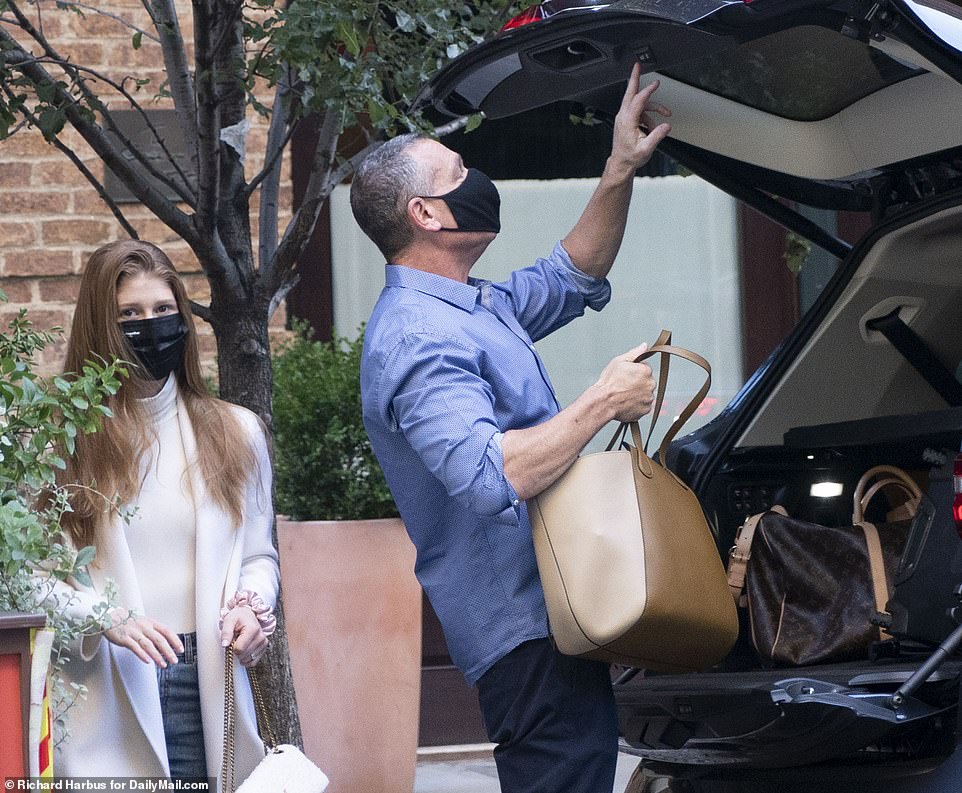