To Rafael Nadal the glory in a French Open quarter final whose quality defied the absurd conditions it was played under.

Beginning in May, finishing in June, their latest epic ended at 1.12am with temperatures in the mid-fifties, and the Spaniard prevailing over Novak Djokovic 6-2, 4-6, 6-2, 7-6 in four hours and 12 minutes.

All that was missing from this drama was an earlier start time than 9pm and a large supply of patio heaters. It is now Nadal with the opportunity to consolidate his lead (currently 21-20) in the great race to see who can win the most Grand Slams.

Their 59th meeting was never anything less than absorbing for the faithful who stayed on to watch, Nadal showed greater composure in the clinching tiebreak.

Profiting from his opponent’s errant groundstrokes, he raced to a 6-1 lead and then held his nerve to drive a backhand winner when pegged back to 6-4.

He will now meet third seed Alex Zverev, who had earlier just about managed to stop a comeback from the young pretender, 19-year-old Carlos Alcaraz. 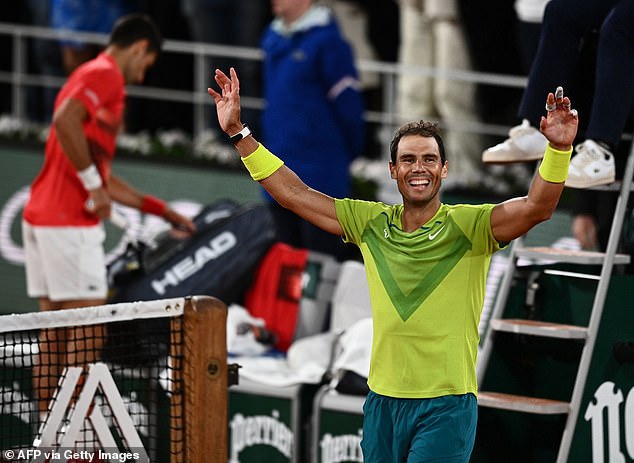 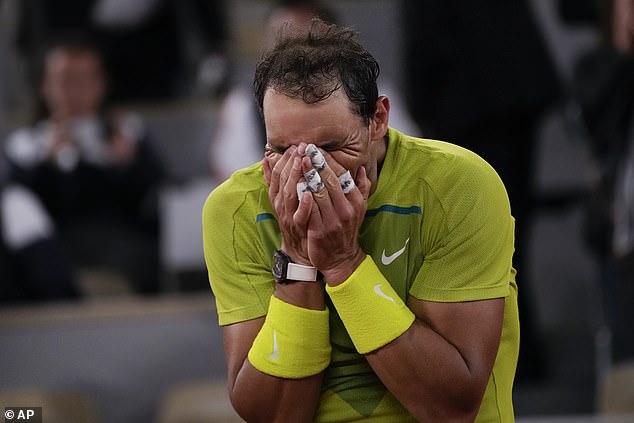 Nadal, 35, was in tears after the physically, mentally and emotionally demanding encounter

Nadal said: ‘It was (an) unbelievable match, it was very emotional for me, thank you to everyone who stayed. It was very tough, always playing against Novak is an amazing challenge.

‘To win against Novak the only way to play your best from the first point to the last. A magic night for me. I feel the love of everyone here in the most important place of my career.’

The build-up to this 59th meeting had been dominated by the scheduling decision to put them on at night, in the slot handsomely paid for by Amazon Prime’s French operation.

The Spaniard’s camp were not happy with the pick, knowing that the chillier conditions can draw some of the sting from his viciously spun groundstrokes. 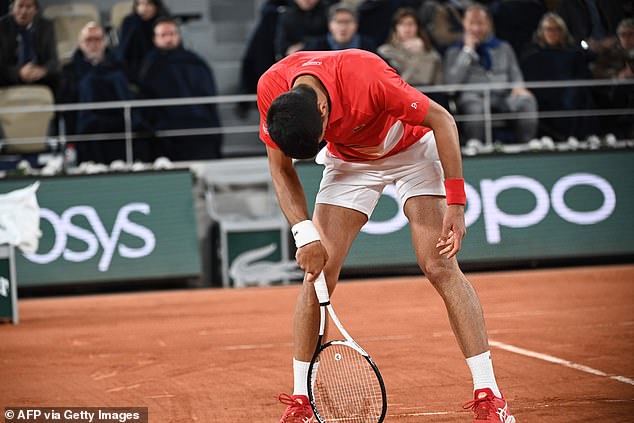 Beginning in May, finishing in June, their latest epic was played under absurd conditions, the match ending at 1.12am with temperatures in the mid-fifties Fahrenheit (13 degrees Celsius) 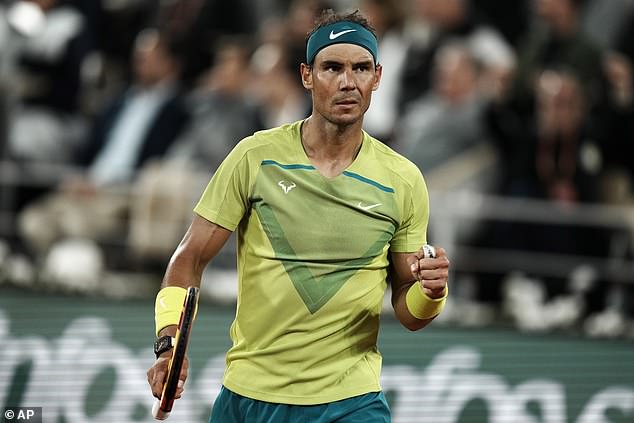 A compensation was likely to be a more raucous crowd getting behind the 13-times champion against the least popular member of the Big Three.

The crowd were pro-Nadal but not excessively so. More of a surprise was the manner in which for the first hour there only appeared to be one man uncomfortable with these newly-introduced conditions, and it was not Nadal.

The Spaniard constructed his points beautifully in an almost faultless start while Djokovic was tense and spraying the errors around generously.

When Nadal went 3-0 up in the second set courtesy of two breaks it seemed this might go the way of other night session matches here, most of which have been surprisingly one-sided. 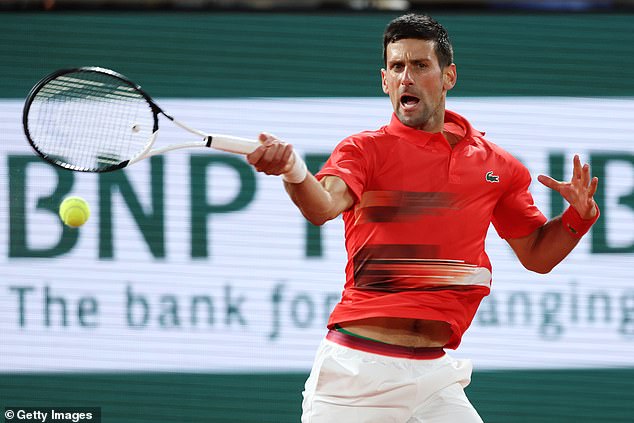 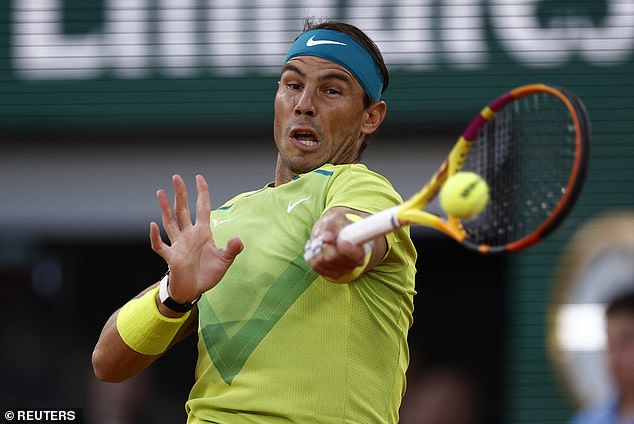 Without warning Djokovic snapped out of his slumber, his swagger returning as he reeled off four games.

It may not have been coincidental that the temperatures were now dropping below 60, and his opponent was having to force it more to gain the same penetration.

That helped return the swagger the Serbian’s stride, but it was shortlived. Nadal, drawing on his extraordinary powers of concentration, played more conservatively in the third and came out better as the general level of the play deteriorated.

Djokovic, getting notably aggravated with the ballkids, angrily smashed his racket into the net at the start of the fourth. 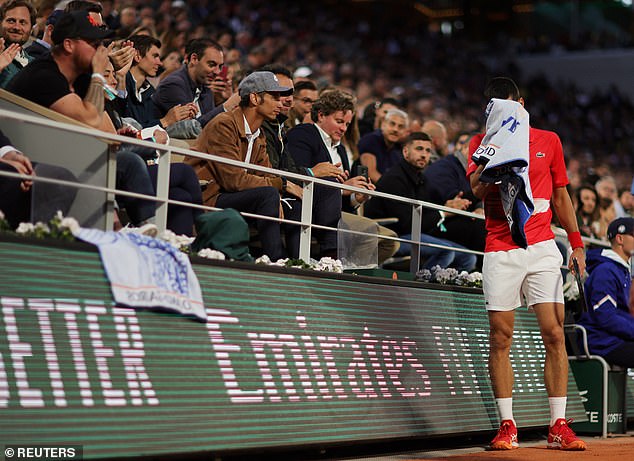 Inspired by a partisan home crowd, Nadal then won the fourth-set tie-break 7-4 to triumph 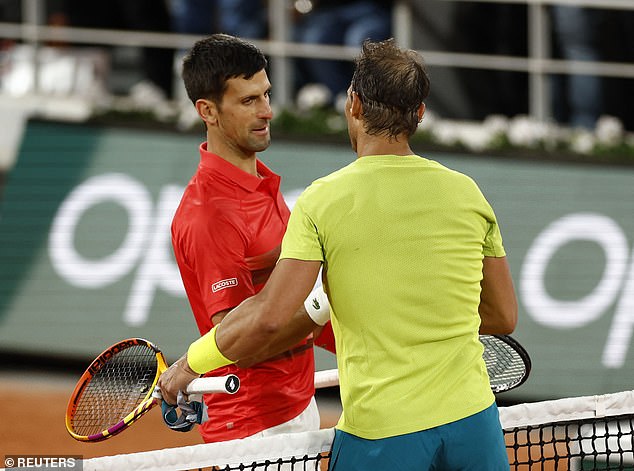 Djokovic was gracious in defeat, saying: ‘He was the better player in the important moments’ 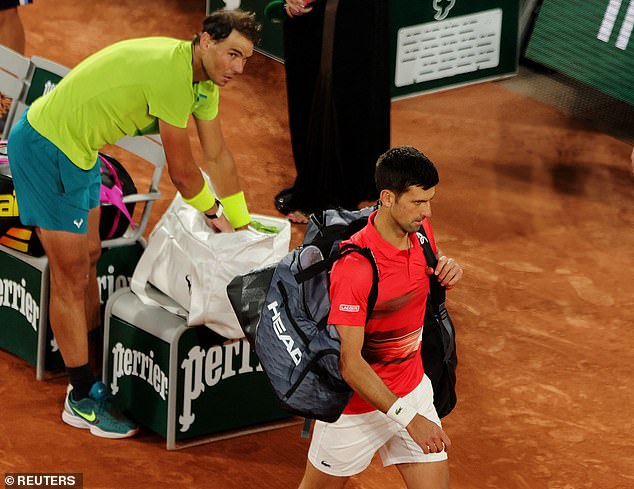 Nadal, however, could not capitalise on his opponent’s frustration and got himself broken by the only man who can out-compete him.

Hitting effectively through the frigid night air, the Serb was seemingly heading to a decider and created two set points before being broken back to send it into the denouement of a tiebreak.

Djokovic was gracious in defeat, saying: ‘He was the better player in the important moments, he was able to take his tennis to another level.’

Of the timing he added: ‘I think they are starting too late but TV decides everything, that’s the world we live in.’ 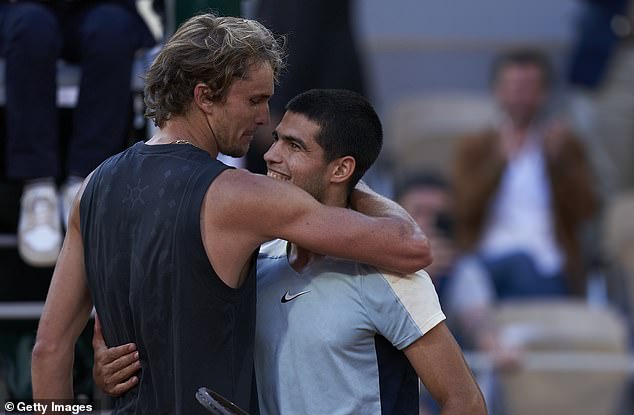 Zverev had wasted no time in telling Alcaraz that his time will come after delaying his coronation as the next Spanish king of Roland Garros.

‘I just hope I can win it before he does,’ said Zverev after a win that saw his power overcome the great variety of Alcaraz’s skills.

It is not, in truth, the bravest of predictions because it seems only a matter of when, not if, the teenager becomes a multiple Grand Slam champion.

Alcaraz will now move onto the grass and will feature at Queen’s Club ahead of Wimbledon.

Missed any of the action? Catch up on how it happened via the below live blog for Tuesday night’s French Open quarter-final clash between Novak Djokovic and Rafael Nadal at Roland Garros, from Sportsmail’s MAX MATHEWS. 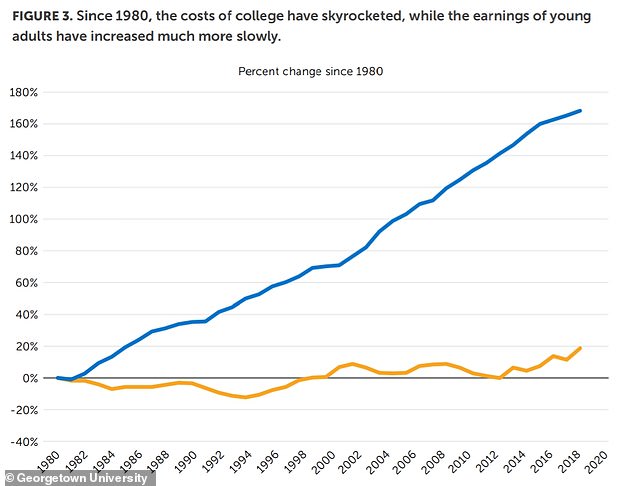 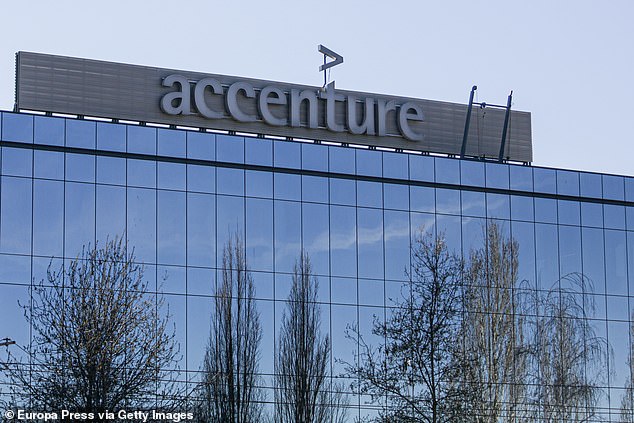 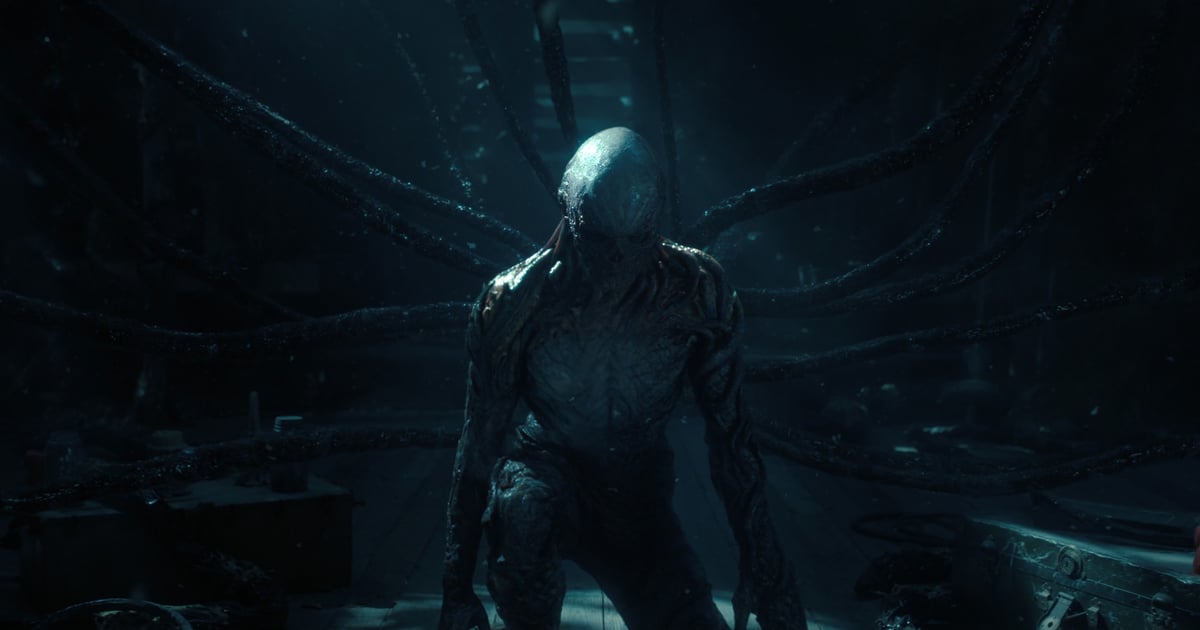 What We Know About Vecna, the Latest Creepy Creature in “Stranger Things”